Dr. Keith Leaphart was honored for his achievements in building the city's economy and mentoring its next generation of leaders. Philadelphia Hospitality, Inc., a non-profit organization that promotes the region as a world-class business and leisure destination for corporate, cultural and professional groups, honored Dr. Keith Leaphart, owner of Replica Creative (a Philadelphia-based graphic design + print firm) and chairman of the Lenfest Foundation, with its prestigious 2013 Vision for Philadelphia Award. The award, which was presented at Philadelphia Hospitality’s Annual Gala on November 18th at the Union League, paid tribute to Dr. Leaphart’s exceptional achievements in building the city’s economy and mentoring the next generation of leaders. 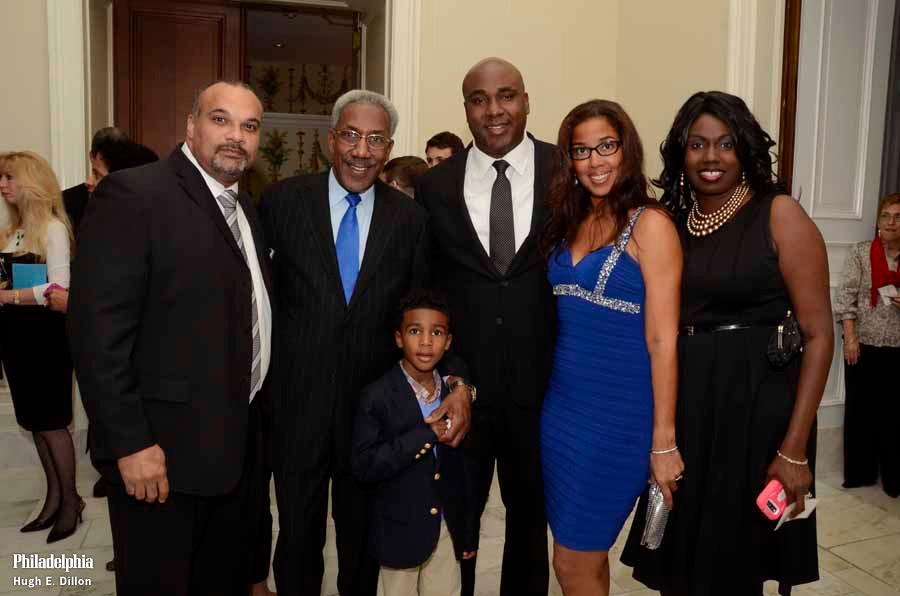 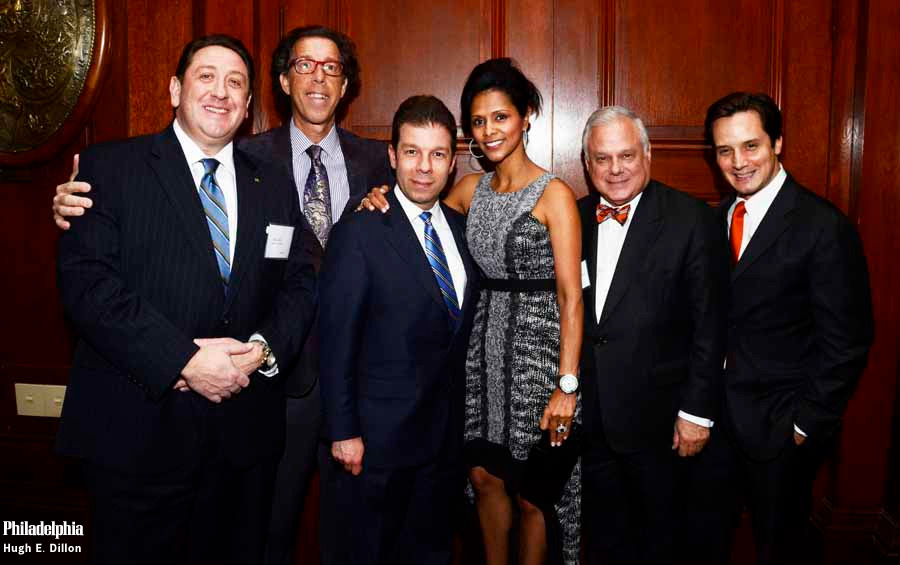 The evening started with a cocktail party in the library and Lincoln rooms, where friends of Leaphart and Philadelphia Hospitality gathered in support of both. From left: Sal Patti, Steve D'Andrea, Lewis Scaglione, Dorys Erving, Frank Giordano and John Giordano. 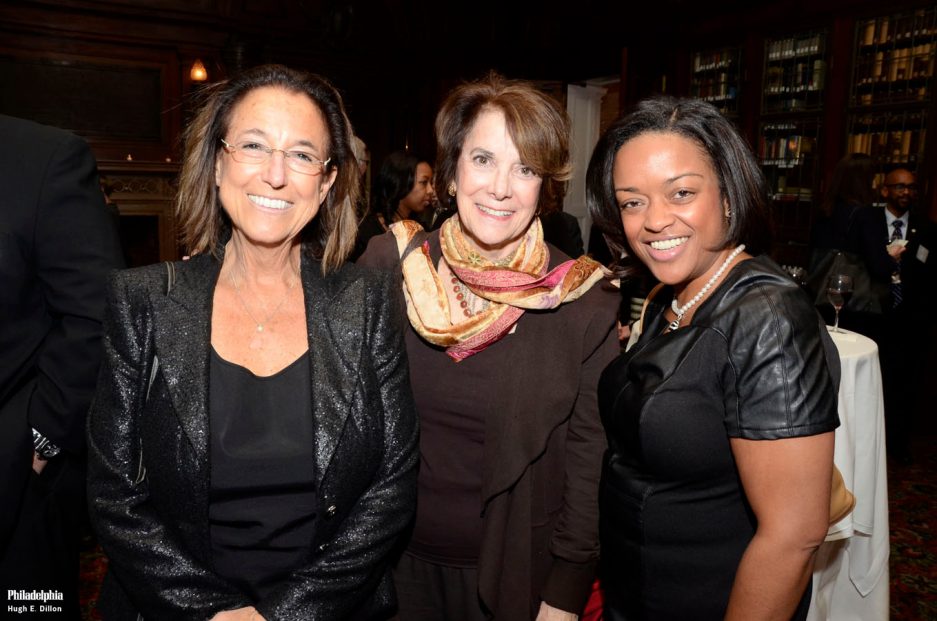 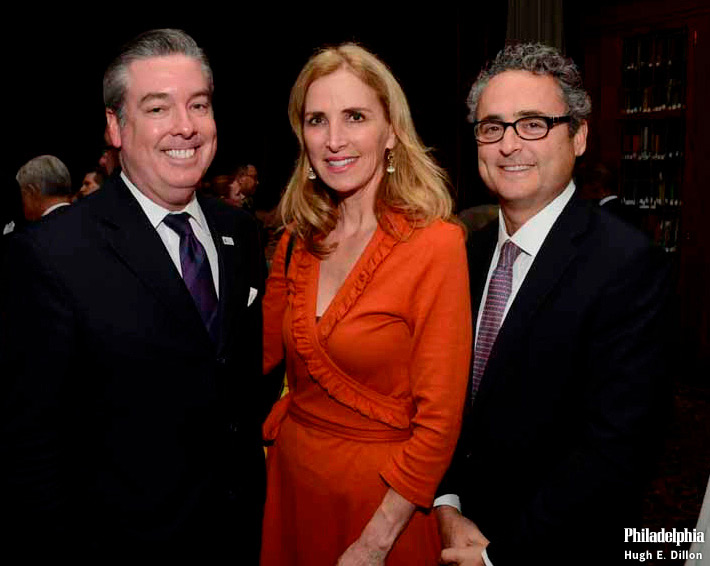 From left: John Fry, president of Drexel University, Karin Copeland, executive director of the Arts & Business Council of Greater Philadelphia, and David Lipson, president of Philadelphia and Boston magazines. During the evening's program, Fry explained that the mentorship program Dr. Keith Leaphart co-founded, The Power Shift, is an organization dedicated to developing Philadelphia’s next generation of leaders in business, civics and politics, and is a testament to Leaphart's dedication to instilling values for the next generation. 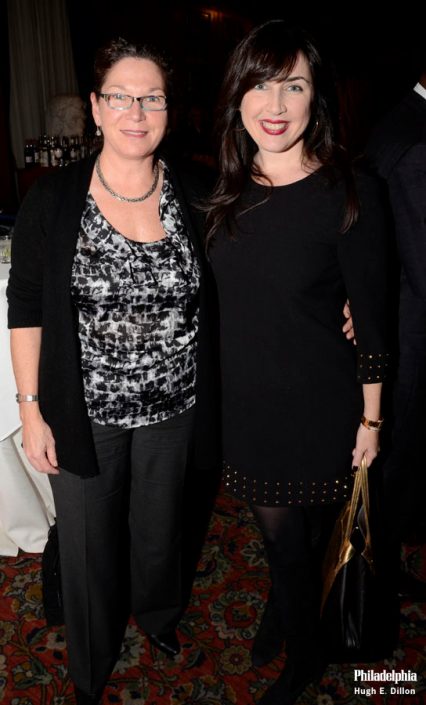 From left: Lisa Welsch, vice president of financial development at YMCA of Philadelphia & Vicinity, and Nicole Cashman, Cashman & Associates and co-founder of The Power Shift with Dr. Leaphart. 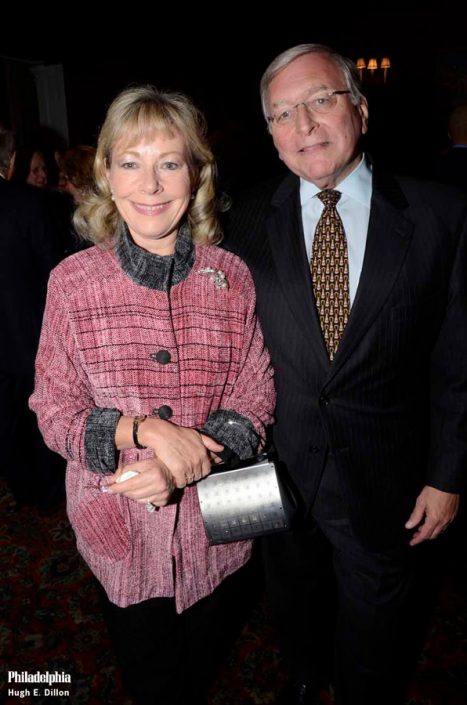 Anne Callahan and Charles Croce, executive director of the Philadelphia History Museum. Anne always looks fabulous at the Academy Ball, which is coming up Saturday, January 25th. She tells me she already has her dress, and that I'll love it. I'm sure I will. 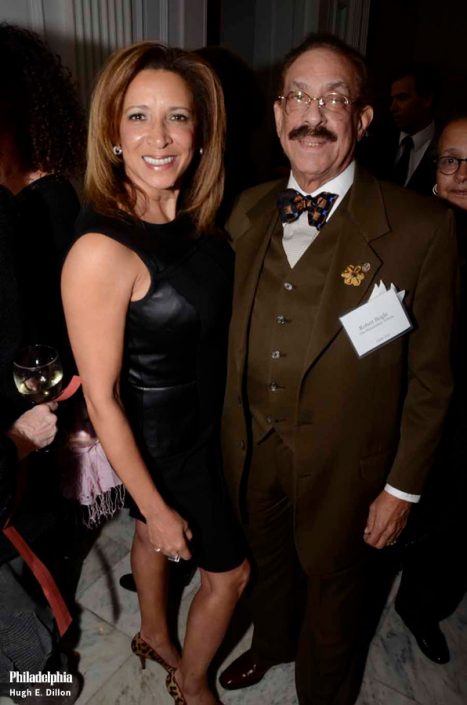 Mariska Bogle, co-chair of the Philadelphia Hospitality gala, and Robert W. Bogle, president and CEO of the Philadelphia Tribune. The other co-chairs for the evening were Rhonda and David Cohen, Beverly and Walter Lomax, M.D., Gregory Montanaro, and Paula and Mark Solomon. 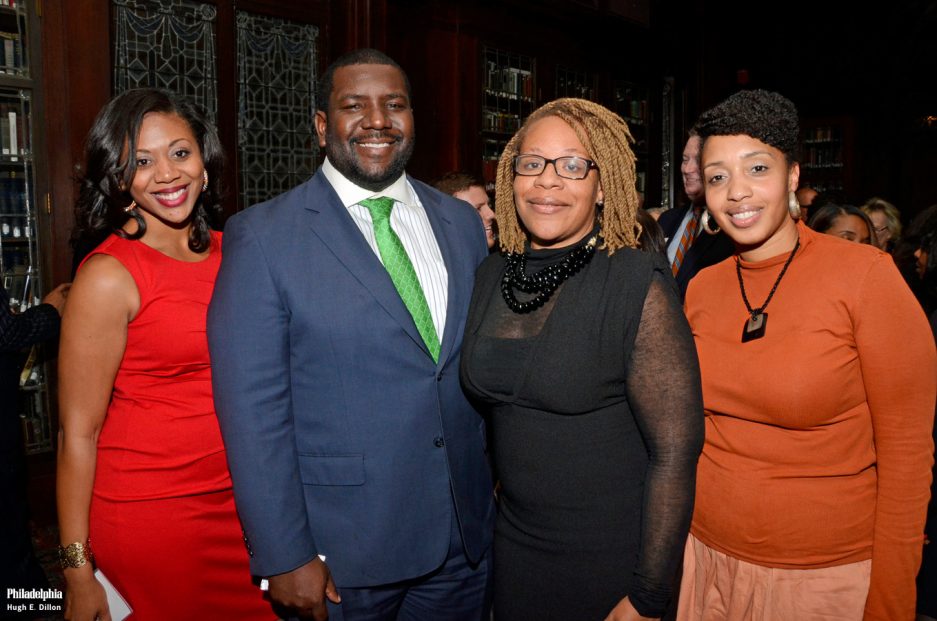 Cherri Gregg (left), community affairs reporter for KYW Newsradio 1060, was the MC for the evening. She told fun stories of being in the same bowling league as Dr. Leaphart. She's with, from left, Kevin Gregg esq., Megan Smith, Brownstone PR, and Shalimar Blakely. 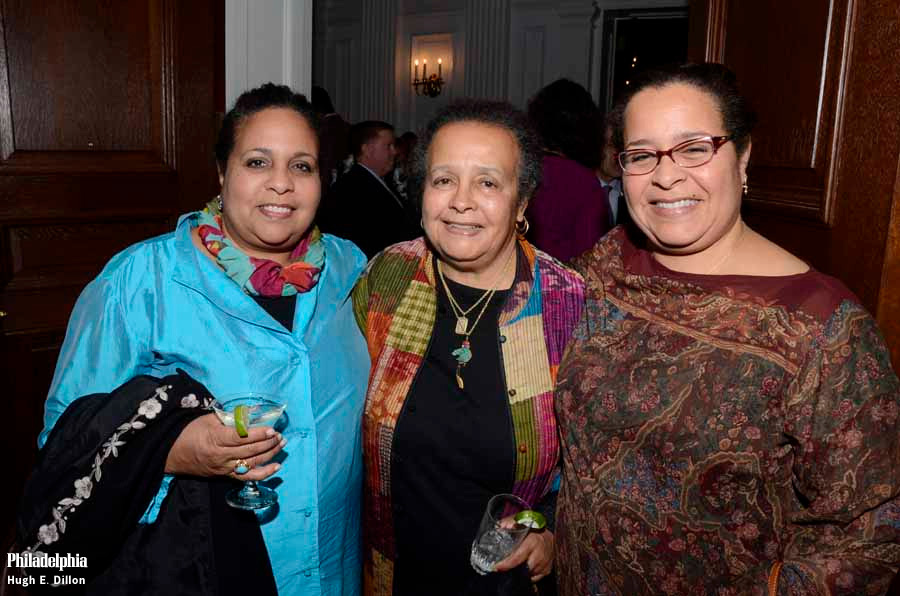 Dr. Walter Lomax was a mentor and inspiration to Keith. A Philadelphia native and physician, Lomax branched into many areas of business, including healthcare, prison health services and the radio station 900 AM WURD. Unfortunately, Dr. Lomax passed away in October, but his family, including daughters Lauren Lomax Gaines (left) and Claire Lomax (right), and wife, Beverly Lomax, attended the special evening. 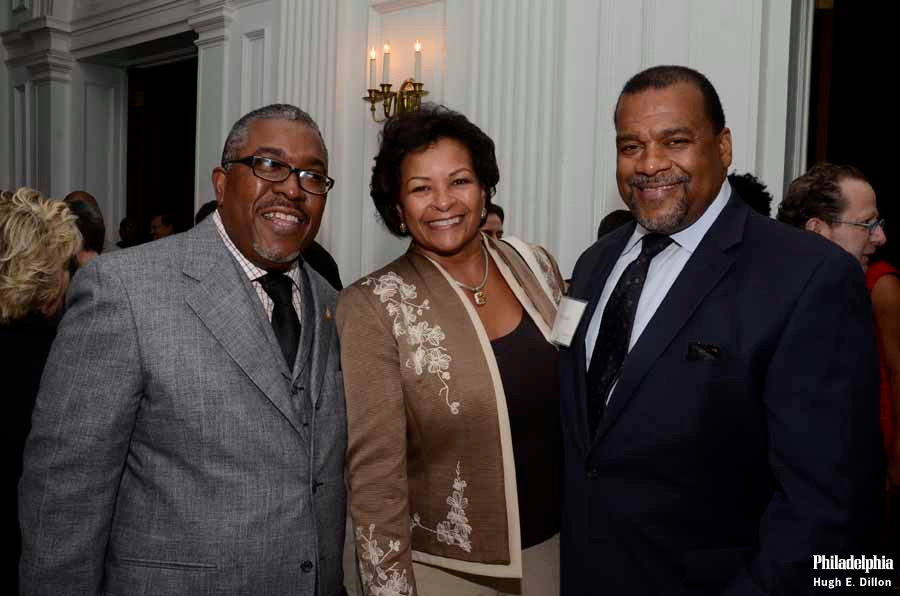 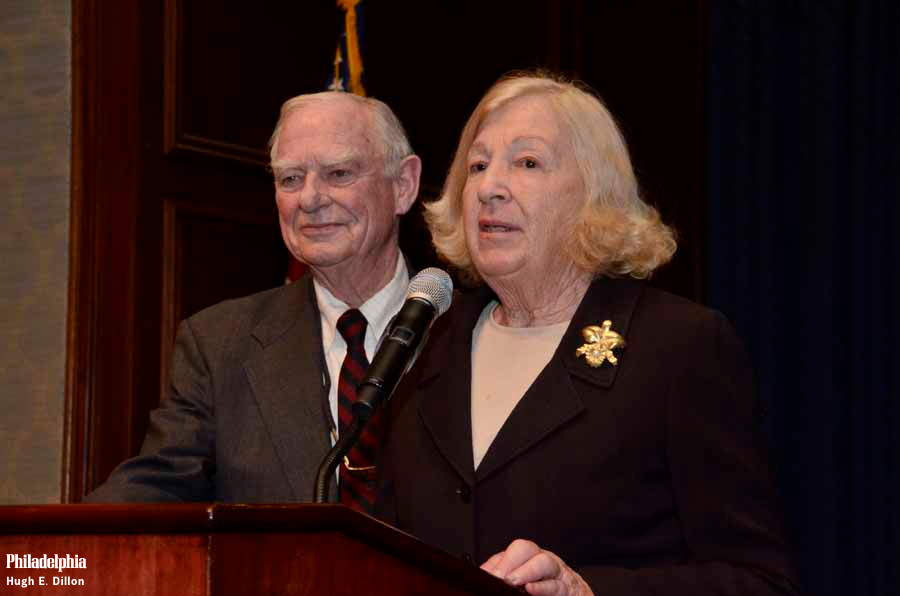 H.G. "Gerry" and Marguerite Lenfest spoke with great pride of watching Keith pursue his goals. Keith met Gerry in 1998 when he was emptying his waste paper cans while working for a cleaning service he started with his brother-in-law and sister. During this time, he was also attending medical school. He told Gerry about his plans, his life growing up in Overbrook Farms, and his desire to make a difference in people's lives. Gerry related to Keith and became his mentor. Earlier this year, the Lenfests chose Keith to complete Gerry's term as chairman of the Lenfest Foundation, which runs through June 2015. His mission as head of the foundation is to distribute $80 million to programs that will help the region's poorest children have a meaningful future. 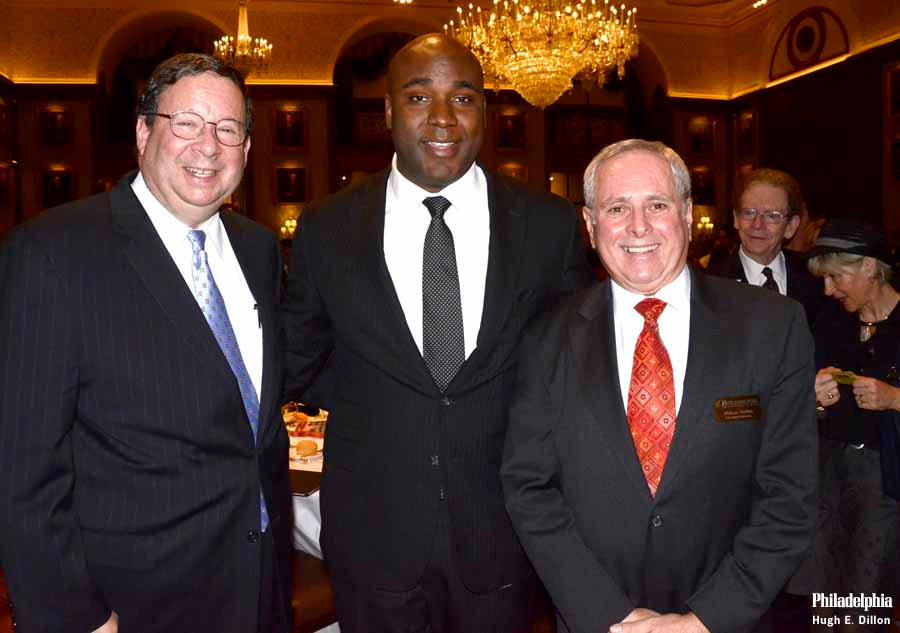 Dr. Keith Leaphart (center) with another of his mentors, David Cohen (left), Comcast executive vice-president and co-chair of the evenings events (along with his wife Rhonda), and William Mifflin, executive director of Philadelphia Hospitality, Inc. Next week, Leaphart plans to take the Replica Creative idea one step further and open the Creative Cafe @ Replica in University City.

HughE Dillon covers parties, events and more for Philadelphia magazine’s The Scene. You can follow him on Twitter @iPhillyChitChat and visit his daily online social diary at PhillyChitChat.com.