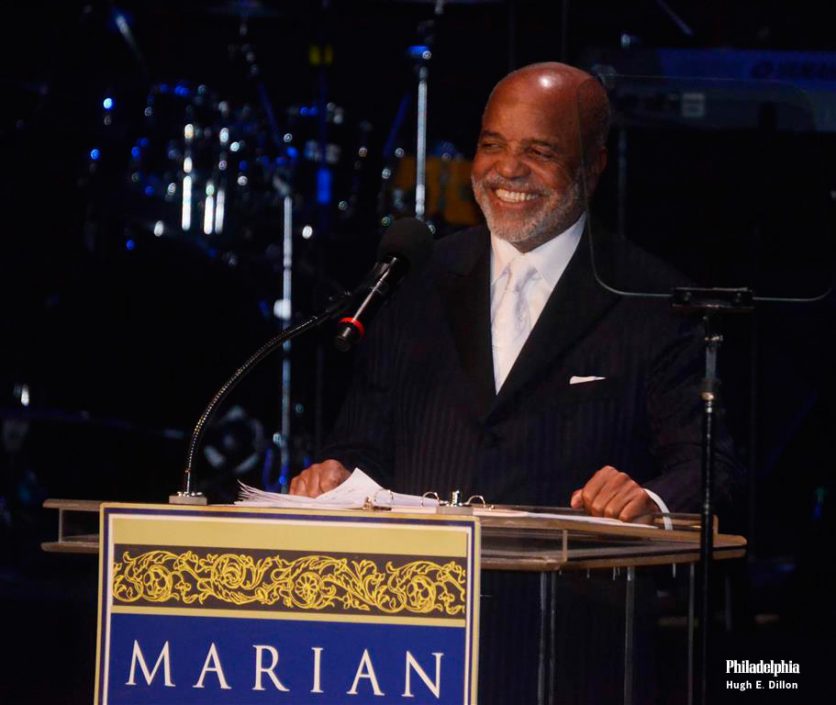 The night was full of love as Motown founder Berry Gordy spoke about his love of Philadelphia, his company, the music industry, Marian Anderson and even Diana Ross. He thanked WDAS's Georgie Woods for getting his first record on the air, a song written by Smokey Robinson and sung by The Miracles: "Way Over There." 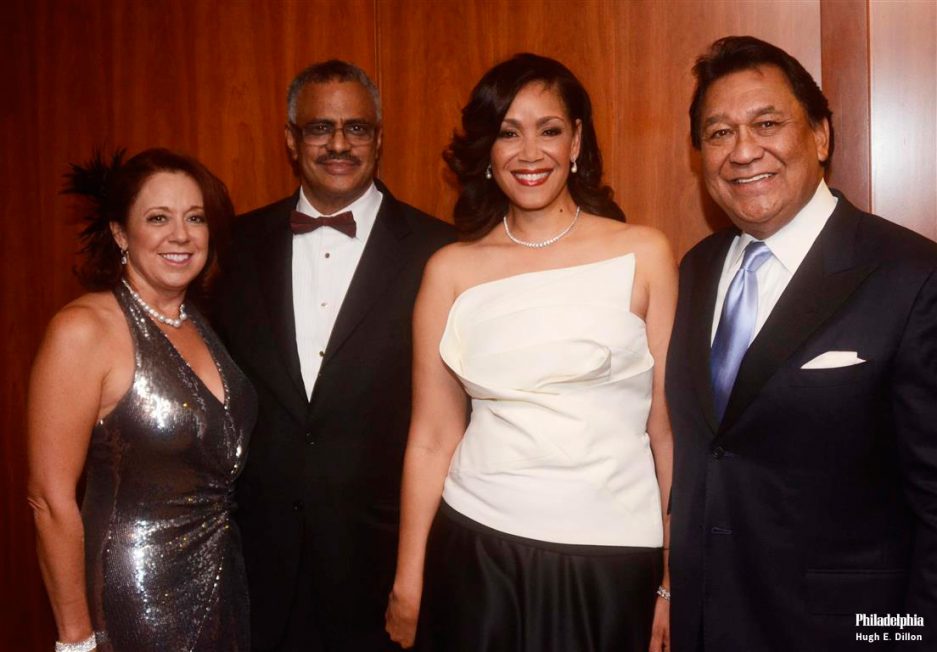 Before the ceremony, I attended the VIP cocktail party where I spoke with outgoing Marian Anderson Award board chair Pamela Browner-White (second from right). After 12 years as board chair, she is stepping down to spend a little time with her family, but mostly to concentrate on her new job with Cancer Treatment Centers of America. "I have a full-time job that needs my attention," she told me, as she smiled lovingly at her husband Jeremiah J. White (second from left), with Cindy Mayo (left) and Bob Mayo, cofounder of Cancer Treatment Centers of America, (right). 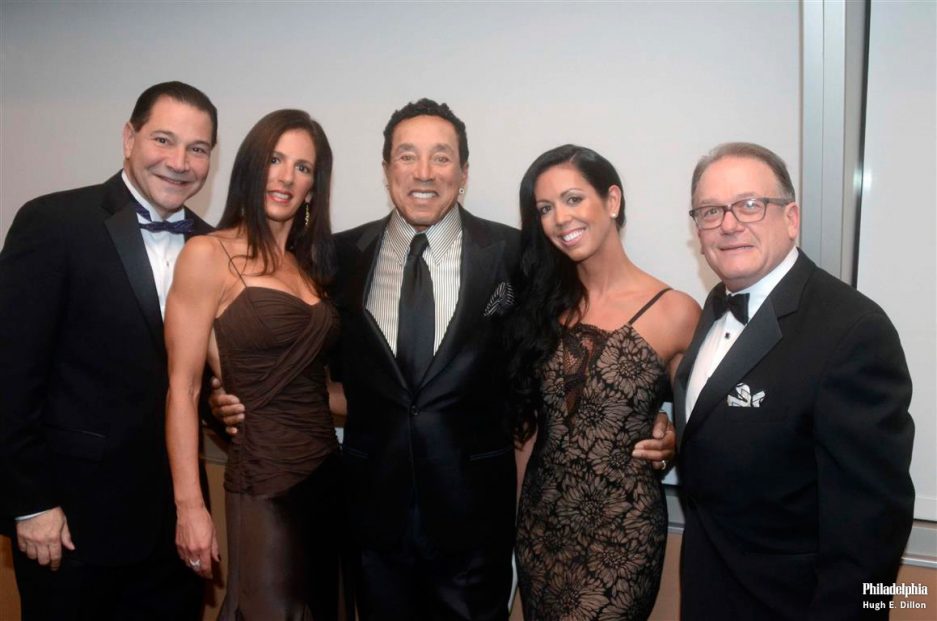 From left: Gary DeVito of Zarwin Baum, Gina Volpe, legendary singer Smokey Robinson (he called Gordy his best friend and during the ceremony sung a song he wrote for the occasion), Stacey Kracher and Mitchell Kaplan of Zarwin Baum. 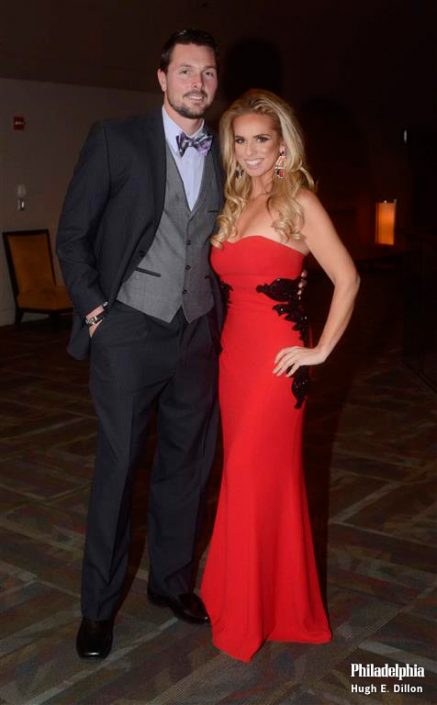 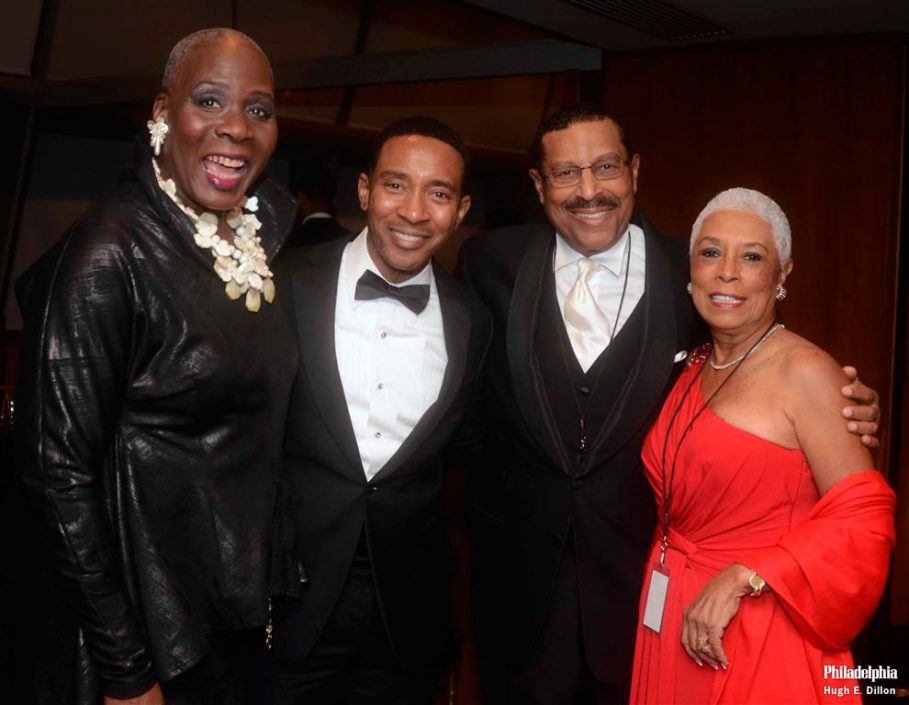 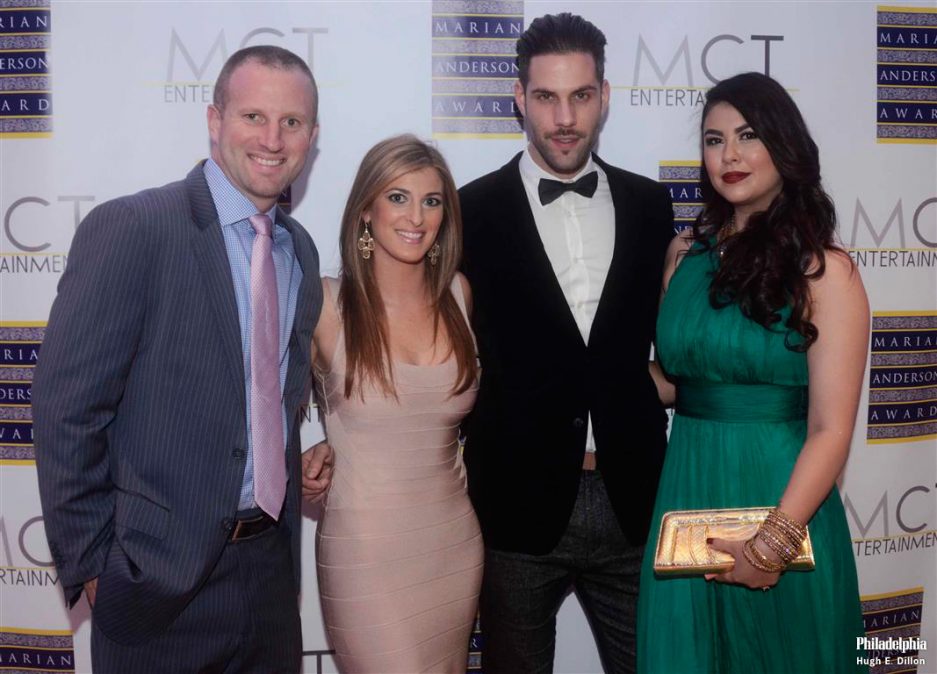 At 7:30 p.m., dinner was served in the lobby of the Kimmel Center. Decorations and flowers by Evantine adorned the tables, food was provided by Garces Catering. Upstairs on the Rooftop Garden was the newly formed "Friends of the Marian Anderson Awards," specifically not called Young Friends as they want people of all ages to enjoy the lower-priced ticket, but still get to have a glamourous night of cocktails, horderves and a premier seat to the concert. Co-chairs of this event were Mia Tinari (second from left) of MCT Entertainment and Michelle Miller (right) of The Nouveau Image. They're with Dave Fisher (left) and Josh DeMarco (second from right). 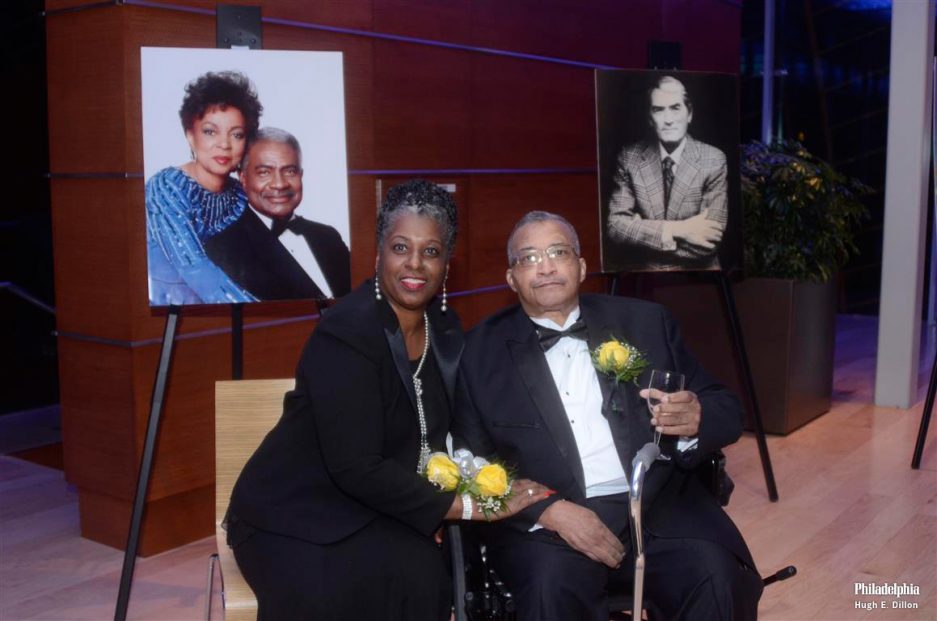 Happy Anniversary to Dr. and Mrs. McLoyd who were celebrating their 10th anniversary with the Marian Anderson Awards. It was also Dr. McLoyd's birthday. The McLoyd's favorite song is "Cruisin" by Smokey Robinson. They were hoping he would sing it this evening, but unfortunately he didn't sing any of his songs. Pictured behind the McLoyds were three former winners of the Marian Anderson Award: Rudy Dee and Ozzie Davis, and Gregory Peck. 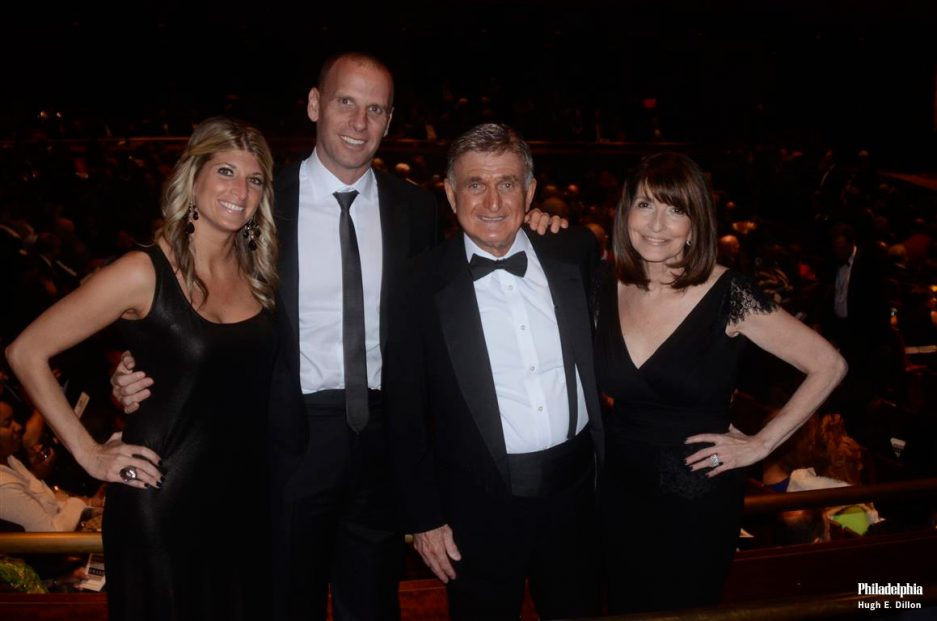 At 8 p.m. the Kimmel bells went off, signaling that it was time to go into the auditorium for the ceremony. Normally, the Philadelphia Orchestra is incorporated into the ceremony, but tonight it was about pop music, and there was a band set up on stage. I found The Tinari family in one of the boxes overlooking the stage. Nina Tinari, Michael Schulson, Nino Tinari and Carol Tinari. After years of service on the board of the Marian Anderson Awards, Nina will be taking the reins from Pamela Browner-White to become the new chair of the event for 2014. 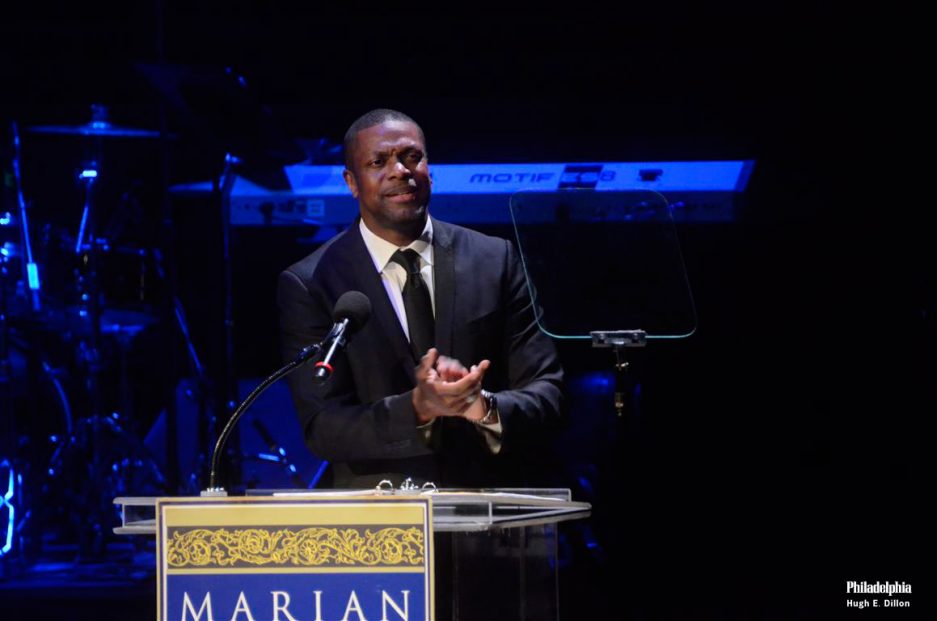 Comedian Chris Tucker hosted the Marian Anderson Award gala this year, honoring Motown Records founder Berry Gordy. He was truly entertaining, especially during a Motown tribute number during which he was a back-up singer and performed the moves as if he was an original member of The Miracles. 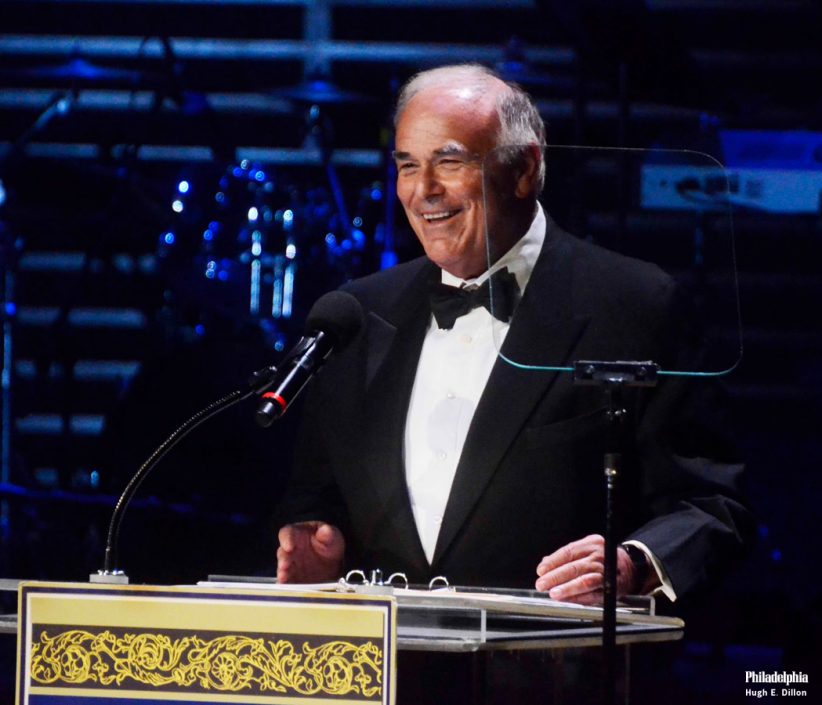 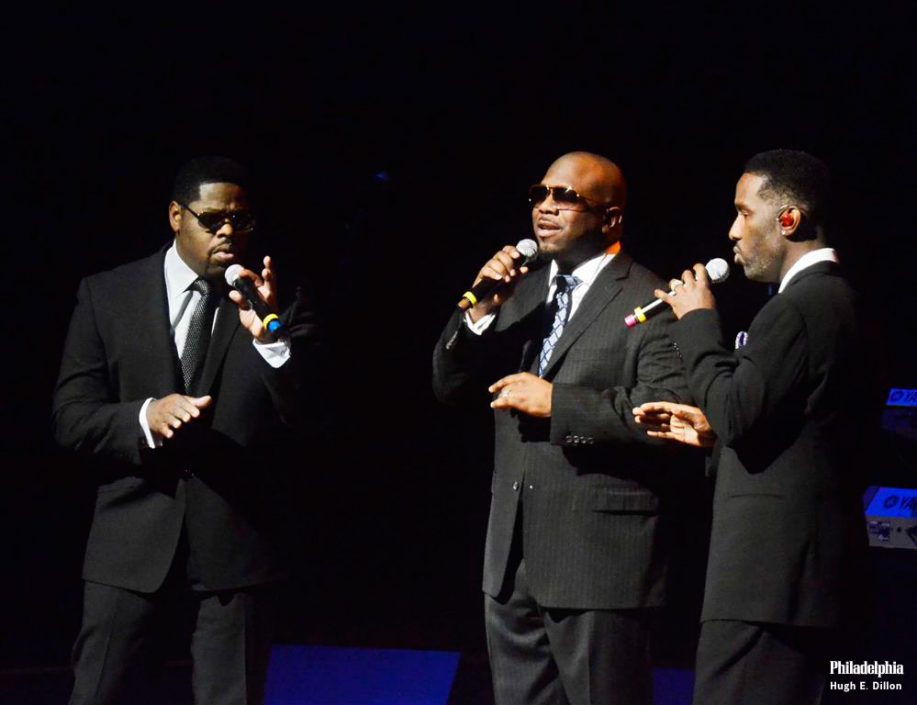 Philadelphia's own Boyz II Men, as well as Kool and the Gang, also performed. Shawn Stockman, Wanya Morris and Nathan Morris from Boyz II Men performed a few of their greatest hits. In 2007, the Boyz released an album called Motown: A Journey Through Hitsville USA which recieved a Grammy nomination.

Kenneth Gamble and ‎Leon Huff told the audience that "if there was no Berry Gordy, there'd be no Gamble and Huff." Putting to bed that rumor of a rivalry, they said it was a loving rivarly. Although Berry Gordy in his speech said "Competition creates champions," and although he was referring mostly to pitting his own talented people against each other, it certainly factors in here with Gamble & Huff.

The finale of the evening found Berry Gordy joining Kool and the Gang, Chris Tucker, Brandon Victor Dixon, who stars as Gordy in Motown: The Musical, and Cody Wise, who starred in The Lion King" on Broadway on stage to perform one last song, "My Girl" by the Temptations.