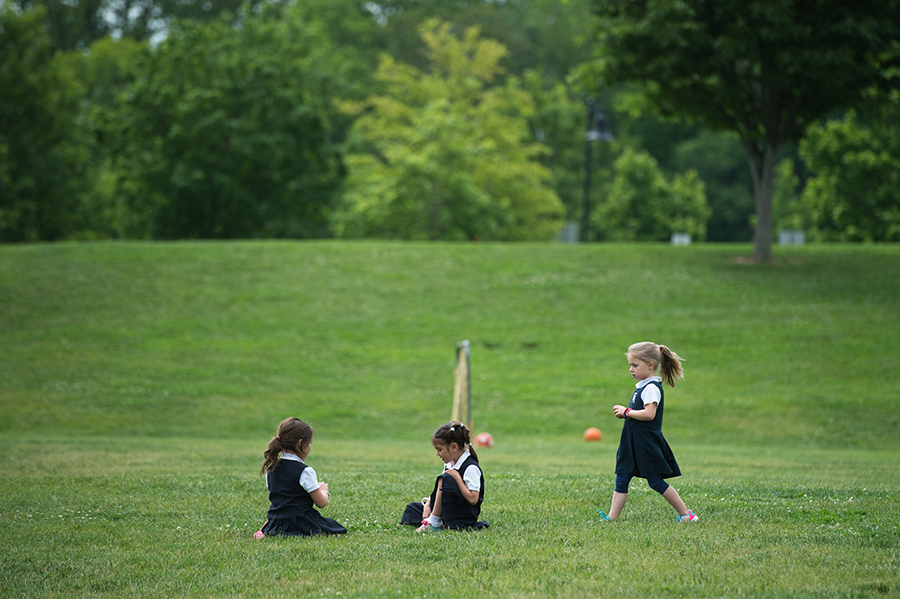 As parents, we understand the pressure that comes with trying to fit too much into one day — and our kids are feeling it at school, too. While the elementary school curriculum continues to expand, recess is often the first program to go. But cutting out play time can come at a big cost to your child’s learning and social development.

Researchers at Stanford University have noted that quality play time has been linked to everything from student performance to high levels of attendance. From a practicing perspective, the faculty at Episcopal Academy, a pre-K-12 co-ed day school located in Newtown Square, say that their free-form, collaborative recess program serves as the foundation for all learning. “[Kids] are refining their motor skills, learning about their identity and about life skills, like cooperation and team-building.” says Dr. Terry Malone, Head of Lower School at Episcopal.

So, how do you ensure quality play time? According to kindergarten teacher Nancy Reinhard, teacher and aid involvement plays a big role. “We’re making sure that we’re helping the guided learning part of our program. It’s an opportunity for teachers to step back and witness how students are getting along and how they are using those skills,” she says. If a child is playing alone, the teachers at Episcopal take time to reach out to that individual, giving them a helpful hand or gauging their interest in a group activity happening somewhere else on the playground.

There’s also the other side of that coin. “Sometimes you see a child that might not be doing so well in the classroom, and all of the sudden they’re outside and they’re excelling at something, or they’re interacting with something, or they’re organizing a game,” says pre-K teacher, Joyce Gavin. For example, by teaching a child more about the caterpillar they interacted with on the playground, you are extending environmental studies beyond the walls of the science classroom and providing real-life, hands-on learning. According to Malone, taking advantage of these teachable moments is just another example of how important play time is in a child’s development.

“The valuable part of recess is that kids are creating imaginative play,” says Reinhard. This means they’re not only exploring the world around them, but learning how each piece of the puzzle fits in the bigger picture that is their world.

It’s also important to provide a diverse landscape that allows for varying degrees of creative play. Episcopal maintains a mixed-use field for kickball and football games, a large playground area, and expansive grassy fields and hills near its Lower School building. Having these different elements lets kids break off into their own projects and explore different terrains, while also having the space to get some exercise.

Creating a safe and engaging play space at school is just as important at home. According to the teachers at Episcopal, that practice starts with the student. “Children are the ambassadors of what these play opportunities look like,” says Reinhard. When they go home with a story, they can lead its next course — whether that’s teaching a parent how to play tag, or sharing what they learned about the environment that day, and searching the backyard for more real-life examples. “Just like the personal etiquette we teach in the classroom, we want children to build character on the playground and harness that at school and at home,” says Malone.

Learn more about what parents love most about The Episcopal Academy.

SPONSOR CONTENT Kids and Cellphones: How Young is Too Young?