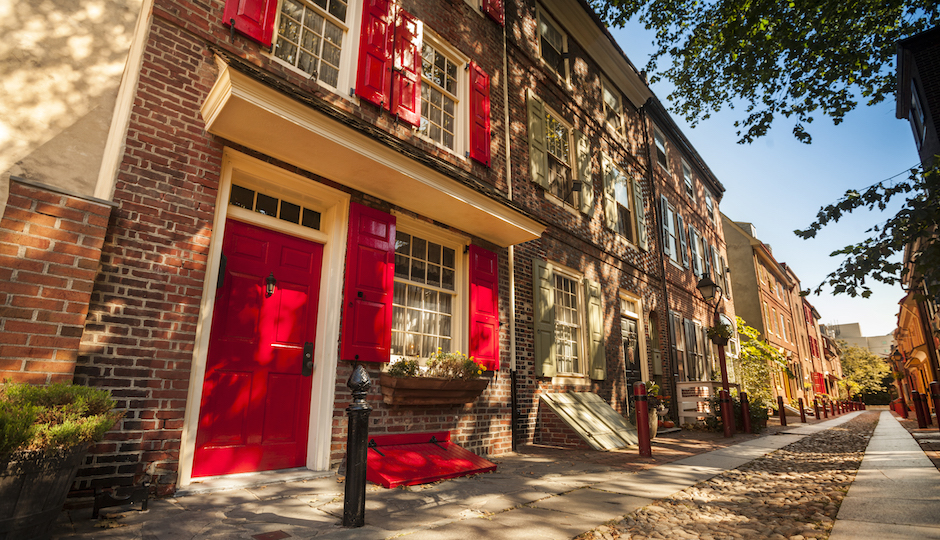 Whether you’re looking for a chic studio, a sprawling estate, or a comfy townhouse to start a family, there’s a neighborhood (and house) in Philly rolling out the welcome mat just for you. In fact, in 2016 alone more than 1,200 building permits were issued throughout the city, according to data from FixList.

With more new construction projects sprouting up all over, there’s never been a better time than now to upgrade your current living situation to something that fits your personal style. Since finding the perfect match can be overwhelming, and a Tinder-like solution has yet to be invented, we’re helping you navigate house hunting with a roundup of Philly’s hottest real estate options.

Start here, download our 2017 Real Estate Roundup, to find the neighborhood that fits your mood. Stay posted for more in-depth views inside your (potential) new home.

This northwestern neighborhood is a hub for Philly’s finest brews and young urban professionals. Mixed-use buildings, like 31Brewerytown, are being redeveloped out of historic warehouses making for a more authentic approach to apartment life with all the amenities.

Commute time: On sunny days take a 25-minute stroll to Center City, hop on your bike for a 15-minute ride down the parkway, grab a SEPTA bus, or jump on I-76 to easily escape to the ‘burbs.

Commuting: The 47 and 23 SEPTA bus run straight through the neighborhood. Hop on the Broad Street Line if you’re in a hurry. Weekends call for casual walks to nearby Center City or south toward the waterfront. Street parking might be tight (except for lucky residents at 1200 Washington), but hopping on I-95 or I-76 is simple.

Chic and sleek with small town charm. Stone mansions with lush lawns share the same zip code as quaint townhouses and trendy condos. Whether you’re looking for an upscale apartment, like One West, or a first home the Sivel Group knows how to navigate Germantown Avenue.

Don’t let its small size fool you, Hawthorne is a neighborhood worthy of its own name. Artistic, diverse, and still delightfully weird, living in a prime spot like 1200 Washington, promises all the energy of Washington Avenue while still having the charm of a true South Philly neighborhood.

Just east of Rittenhouse, this grassy escape is just as lush with half the tourists and twice as many dogs. Also worth exploring are the Schuylkill River Trail and the dozens of hole-in-the-wall coffee shops on residential side streets. Grab your spot on the water at One Riverside to make strolls along the Schuylkill and epic views of the skyline part of your daily routine.

Commute: Fitler Square puts you close enough to Center City that walking downtown or west to University City is easy. But if you’re traveling farther, biking the Schuylkill Trail will take you across the city fastest.

Party like it’s 1776. This historically hip part of town is home to the birthplace of the Constitution, Betsy Ross, the Liberty Bell, and dozens of the city’s favorite bars and restaurants.

Commute: Ubers, cabs, and cars are easiest for navigating the bumpy brick streets–the neighborhood is an easy exit off I-95 or the Ben Franklin Bridge. For SEPTA die-hards, there’s always the Market-Frankford line and a variety of buses that loop to Penn’s Landing.

Remainders of what built the town, namely the Phoenix Iron Company, are celebrated as heritage sites, funky restaurants, and wine bars along Bridge Street.

Commute: Just 27 miles from Center City, this Chester County town is a straightforward commute with easy-to-find metered parking and lots.

Homey, historic houses with narrow blocks and tree-lined streets. Nearby fashion hubs make this one of the chicest spots in the city. Headhouse Square is prime for people watching, and no day’s complete without coffee or dinner at a Second Street restaurant.

Commute: SEPTA buses shuttle from the southern border into Center City and beyond. Street parking isn’t for the faint of heart, so find a parking garage or a spot near Front Street if you plan on staying late.

The Parisian-inspired Center City neighborhood is the ultimate spot where old meets new. To truly experience it, check out Versailles. With the perfect balance of tree-lined streets and brick-front houses, just steps from skyscrapers and downtown shopping, a home here puts you in the middle of all things Philly.

Commute: Everything you need is within walking distance, including all modes of SEPTA for longer adventures. Two Liberty puts you in the heart of the city, close to transit, shops and more.

Spanning the Delaware River to 7th Street, Society Hill’s top picks include waterfront hangouts like Spruce Street Harbor Park, dozens of top restaurants, and historic side streets you’ll never get tired of exploring. A prime spot on the water, like Dockside, puts you close enough to the city while just far enough to escape after a busy day.

Commute: SEPTA buses make their way to Society Hill, but the fastest route is by the Market-Frankford line. Cabs and cars tend to have a tricky time navigating narrow streets and parking can be a challenge.

Family-friendly cul de sacs, lush gated estates, charming townhomes, and even a variety of chic condo spaces share a suburban world just a few train stops from Center City but worlds away from hecticness. Top schools and quiet streets and an ever-growing restaurant and bar scene make it easy to see why so many Philadelphians choose to raise their families in the western suburbs.

Commute: Regional Rail lines offer rides from Malvern to Center City (and beyond) every hour. Amtrak’s Keystone Corridor is great for high-speed and long-distance trips. When delays seem inevitable, hop on newly-expanded Route 202 to the Schuylkill expressway.

West Philadelphia manages to strike a cool balance of college kids, young families, and retirees. But it’s more than just universities, there’s also CHOP and a thriving art scene in Philadanco!, the ICA museum, and underground concerts. Put yourself in the middle of it all at 3601 Market—you’ll be steps from UCity’s top restaurants and just a short commute downtown.

Commute: Learn to pull the rope and the trolleys will take you everywhere from far stretches of West Philly to City Hall. For further commutes, hop on the Market-Frankford line, bike the 25 miles of accessible bike lanes or jump on I-76 to retreat to the suburbs.


This is a paid partnership between Real Estate Roundup and Philadelphia Magazine's City/Studio
Read More About: