After an Infertility Diagnosis, a Couple Finds Hope Through IVF 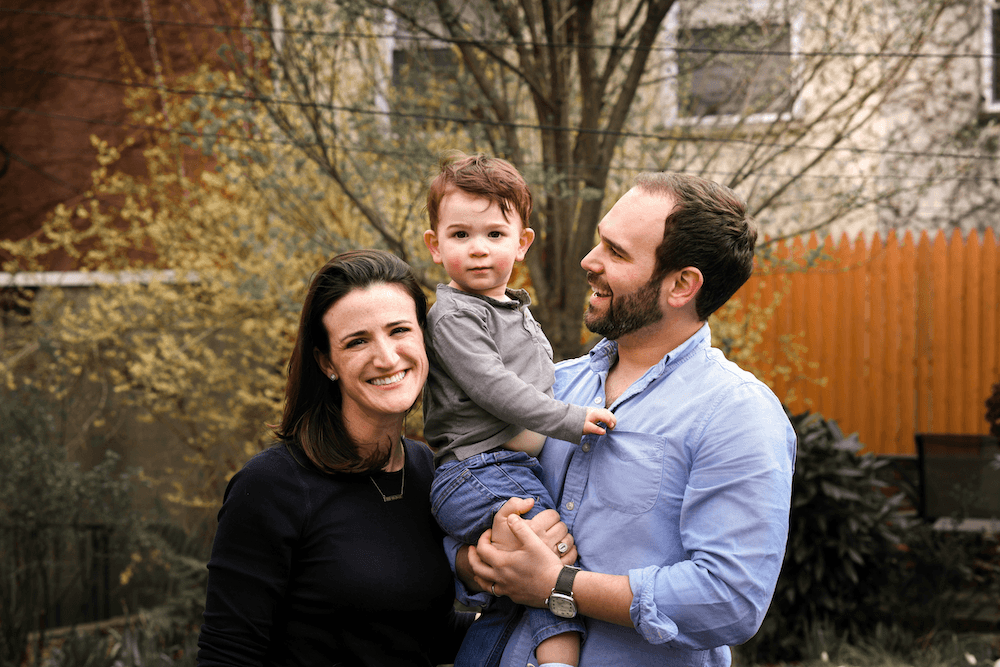 Soon after Sydney Maisel-Straitman had her second IVF transfer, which came after a series of six IUI (Intrauterine Insemination) procedures, she got an alert on her phone. It was from an inspirational quote app she had downloaded months earlier, with the Japanese proverb: Fall seven times, stand up eight.

“I was able to take a deep breath and think, everything is going to be ok,” she recalls. A few days later, Maisel-Straitman and her husband Andrew Straitman got the news they were pregnant, and in June of 2018, they welcomed their son, Jonah. Their journey to meet him began nearly two years prior, though, in the fall of 2016.

After nearly six months of trying to conceive on their own, the high school sweethearts sought help at Reproductive Medicine Associates (RMA), which is one of the world’s largest and most successful fertility clinics with 19 locations across the country. Maisel-Straitman, 29 at the time, was diagnosed with unexplained infertility. The couple’s insurance mandated six IUI treatments before they could move on to IVF.

“After our final failed IUI, I remember thinking the only people I knew who had gone through IVF were older women, or women who had a very obvious diagnosis of some sort,” she says. As they prepared to start the daunting process, Maisel-Straitman says they were comforted working with a trusted care team. “I was obsessed with our doctor, Jacqueline Gutmann, and the nurses made us feel like a VIP couple.”

Right before the second IVF cycle, Dr. Gutmann called to offer a pep talk. “You can be disappointed, but don’t be discouraged,” she told Maisel-Straitman and her husband. Dr. Gutmann, who has more than three decades of experience in the field, acknowledges the emotional toll the process can take on patients. “Nothing about walking through our front door is simple,” she says “It’s appropriate to be disappointed and sad, but for someone who has a good chance of success, which for Sydney was certainly the case, it’s important to maintain hope.”

Nine days after their second transfer, the couple got good news: They had a due date. Then, around six weeks into the pregnancy, Maisel-Straitman experienced a hemorrhage. Terrified of a complication, she went to her doctor’s office to have it checked out. Since her husband was traveling for work, a nurse named Jennifer held her hand while she had an ultrasound, and that’s when they saw the baby’s heartbeat for the first time.

“I remember her holding my hand so tightly, and thinking, ‘I can’t believe that the nurse is reacting the way that my husband would,” she says. “I will never forget that moment where the nurse cared as much as she did.”

In June, Jonah will turn two, and the couple will go back to RMA when they’re ready to grow their family. And even while their son is going through tantrums typical of the toddler stage of life, his parents have a pretty zen attitude.

“You come out of this experience with a different perspective on how beautiful having a child really is,” says Maisel-Straitman. “There’s not a moment I take for granted.”

As a global leader in assisted reproductive technology, fertility care, research and education, RMA Philadelphia incorporates its pioneering science into every aspect of patient care with one goal in mind: to help aspiring parents successfully build families.