For Local Philly Family, Scientific Developments for Their Son’s Hemophilia Changed How They Manage the Disorder 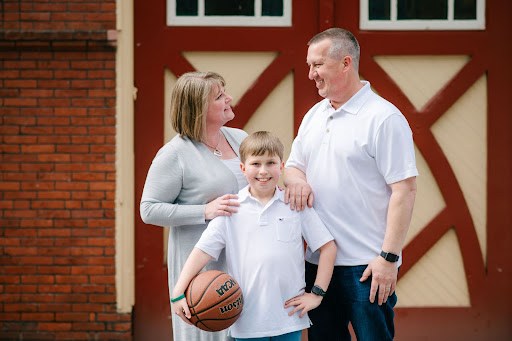 When Allison Sandford-Sweatman was growing up, “hemophilia” was an unspoken word in her home. Instead of actively acknowledging her family’s genetic history with the disorder, her father preferred not discussing it at all.

However, it lingered in the background when she heard stories about her uncles — one who passed away from the disorder at a young age and another who lived a life defined by his limitations. It was also there when she got married — knowing she may be a carrier, she and her husband, John, were aware of the risk of passing along hemophilia A to a child and decided not to have kids.

But when she was 38 years old, those plans changed, as she got pregnant — a “happy accident,” as she puts it — with her son Griffin, who she learned would be born with hemophilia A. Hemophilia is usually an inherited bleeding disorder in which the blood does not clot properly. Hemophilia A patients have a lack of or defective factor VIII, which is charged with helping set a blood clotting chain reaction in motion.

It’s for this reason that people with hemophilia A are at risk of bleeding longer and more severely, which in turn can cause damage to joints and muscles and can be life-threatening in more serious cases.

“It can be unsettling if they get a bleed,” Allison says. “From a mental perspective, you’re constantly ‘on’ when you have a child with hemophilia. Griffin’s early life was very nerve-wracking because we never knew if or when he was going to fall and hurt himself and have to go to the hospital. We lived a very scheduled life.”

Adjusting to a New Reality 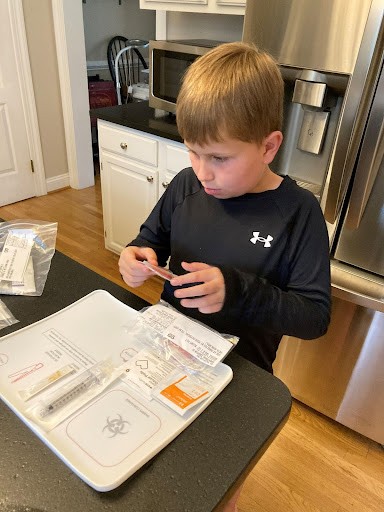 In Griffin’s early childhood, Allison and John tried instituting safeguards for him like crib bumpers and comfort caps. But as Griffin entered preschool, he got his first significant bleed at a soccer game, and his doctors at the Children’s Hospital of Philadelphia recommended he start preventive intravenous (IV) injections administered by a nurse twice a week. Griffin’s ability to participate in activities revolved around his care, while Allison and John began scheduling their weeks around optimal infusion times.

And though the Sweatmans adjusted the best they could as Griffin got older, Allison became increasingly vigilant in researching alternative treatments to the infusions.

“I was headstrong about the fact that there had to be another way,” she says.

Allison soon learned of Hemlibra*(emicizumab-kxwh), developed by biotechnology company Genentech, which has an extensive history in hemophilia research and treatment. Hemlibra is a preventive treatment for those with hemophilia A with or without factor VIII inhibitors and thought to work by linking clotting factors together, helping hemophilia A patients’ blood to clot. It was the first new type of hemophilia A treatment to be approved by the FDA in almost 20 years when it was first approved in 2017 and can be taken by patients of all ages weekly, every other week or once a month depending on their needs.

When Griffin transitioned to taking Hemlibra in 2019, Allison says “it felt like a celebration to me.” The family eagerly started Griffin on the treatment, administered by Allison and John once every other week after four initial weekly loading doses that helped build up Hemlibra levels in Griffin’s blood.

“Since making the switch, treatment schedules are less of an issue for us as a family now,” Allison says. “Every patient’s experience is different, but for us, it’s been a positive change.”

*What is the most important information I should know about HEMLIBRA? HEMLIBRA increases the potential for your blood to clot. Discontinue prophylactic use of bypassing agents the day before starting HEMLIBRA prophylaxis. Carefully follow your healthcare provider’s instructions regarding when to use an on-demand bypassing agent, and the dose and schedule you should use. HEMLIBRA may cause serious side effects when used with aPCC (FEIBA®), including thrombotic microangiopathy (TMA) and blood clots (thrombotic events). If aPCC (FEIBA®) is needed, talk to your healthcare provider in case you feel you need more than 100 U/kg of aPCC (FEIBA®) total. See more safety information below.

Looking to the Future 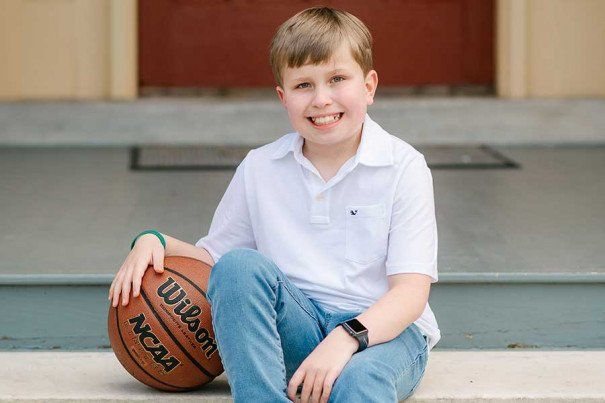 Griffin is now 10 years old. He has more time to explore his interests, including playing basketball and attending summer camp. 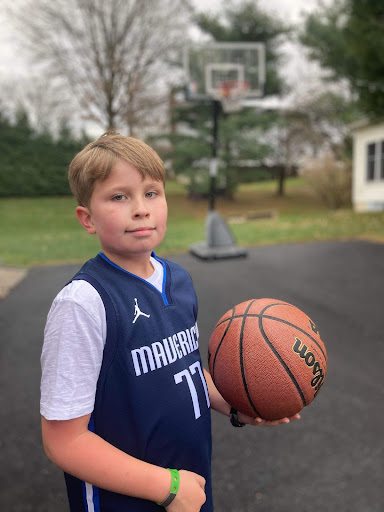 For Allison, Hemlibra has ushered in a full-circle moment for her family and those who came before her. The concern around a damaged joint and the worries when Griffin falls down are still there, but with scientific advancements comes a little more hope for the future.

“It’s funny — when Griffin was born, I had a conversation with a local hemophilia chapter mom,” Allison says. “She told me at the time that having hemophilia A as a part of our lives would be hard and it might seem like the world was crashing down. But she also said that in the next 10 years, the life that Griffin had then would change dramatically — that there were so many different things coming down the pike. Sure enough, that came true.”

For more information on whether Hemlibra might be right for you, head here.

Hemlibra is a prescription medicine used for routine prophylaxis to prevent or reduce the frequency of bleeding episodes in adults and children, ages newborn and older, with hemophilia A with or without factor VIII inhibitors.

What is the most important information to know about Hemlibra?

Hemlibra increases the potential for blood to clot. People who use activated prothrombin complex concentrate (aPCC; Feiba®) to treat breakthrough bleeds while taking Hemlibra may be at risk of serious side effects related to blood clots.

These serious side effects include:

Patients should talk to their doctor about the signs and symptoms of these serious side effects, which can include:

If patients experience any of these symptoms during or after treatment with Hemlibra, they should get medical help right away.

Patients should carefully follow their healthcare provider’s instructions regarding when to use an on demand bypassing agent or factor VIII, and the dose and schedule to use for breakthrough bleed treatment. If aPCC (Feiba®) is needed, patients should talk to their healthcare provider in case they feel they need more than 100 U/kg of aPCC (Feiba®) total.

Patients’ bodies may make antibodies against Hemlibra, which may stop Hemlibra from working properly. Patients should contact their healthcare provider immediately if they notice that Hemlibra has stopped working for them (eg, increase in bleeds).

What else should patients know about Hemlibra?

Patients should see the detailed “Instructions for Use” that comes with Hemlibra for information on how to prepare and inject a dose of Hemlibra, and how to properly throw away (dispose of) used needles and syringes.

Hemlibra may interfere with laboratory tests that measure how well blood is clotting and create an inaccurate result. Patients should speak with their healthcare provider about how this may affect their care.

Before using Hemlibra, patients should tell their healthcare provider about all of their medical conditions, including if they are pregnant, plan to become pregnant, are breastfeeding, or plan to breastfeed.

Since Hemlibra was tested in males, there is no information on whether Hemlibra may impact an unborn baby or breast milk. Females who are able to become pregnant should use birth control during treatment.

Please see Important Safety Information, including Serious Side Effects, as well as the Hemlibra full Prescribing Information and Medication Guide.