Parents: Get Familiar with These 4 Major Health Risks Faced by Student Athletes 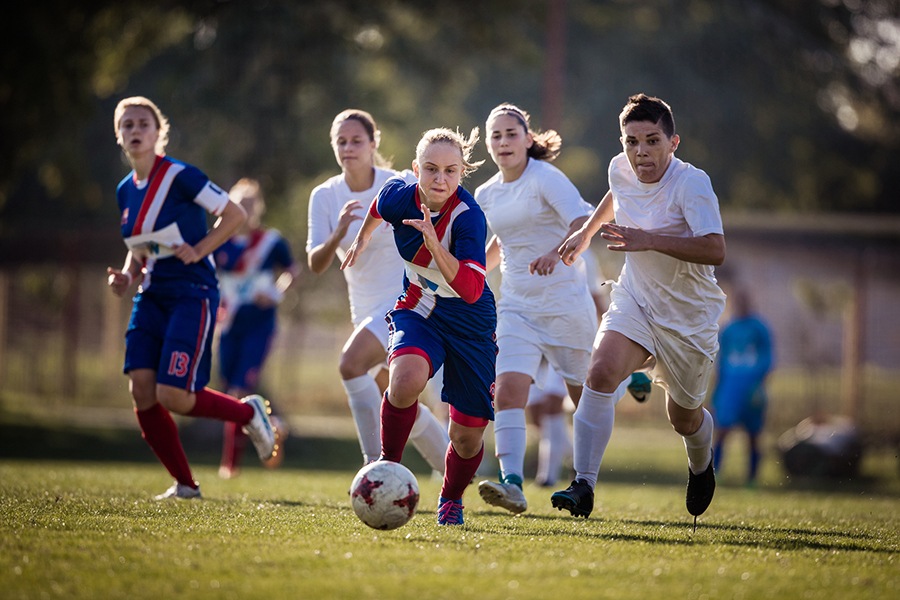 Being a great soccer mom or dad means more than cheering from the sidelines. Whether your student-athlete just made it onto the JV squad or was last year’s MVP, as issues like concussions and heatstroke make national headlines, there’s a lot parents need to know about how competitive athletics can impact their child’s health. To help parents prepare their kids for a safe season, David Baxter, D.O., a sports medicine and family medicine physician from the Crozer-Keystone Healthplex Sports Medicine Institute, shares his insights on what parents can do to handle common, serious health threats arising from sports—so you can cheer your superstar on without fear.

Dehydration is one of the most frequent health issues student athletes face, and yet many still don’t know how to properly prevent it. A healthy approach begins long before they’re thirsty.

“We recommend slow and steady fluid intake over the course of several days leading up to physical activity,” says Baxter. If practice starts on Monday, he recommends that athletes start regularly drinking water on the Friday before, so that they’re in a good spot well before they hit the field. There are also several ways to check for dehydration.

“The simplest is a urine check. If it’s clear or pale, you’re pretty hydrated, but any darker means you’re not doing well enough,” says Baxter. Athletes can also weigh themselves before and after practice—for each pound lost, they should drink about a half-liter bottle of water.

The concept of cardiac arrest can be scary, but there’s more students can do to prepare than you might think.

“Every student that’s going to be playing sports at the high school and middle school level should have a pre-participation physical exam,” says Baxter. During the exam, Baxter uses the American Heart Association’s questionnaire to determine the athlete’s level of risk, with questions about past heart issues and family history. “We administer a cardiac physical exam specialized for athletes, with maneuvers that allow us to listen for cardiac murmurs that may be suggestive of underlying heart pathology,” he says. “Electrocardiogram is not routinely used in this country as a screening tool at the high school and middle school level, but should an athlete have any findings on their exam or history, our next step would be to obtain an EKG.”

“The most concerning thing is hypertrophic cardiomyopathy; it’s the most common cause of sudden cardiac death,” says Baxter. “If a young, healthy 20-year-old suffers from cardiac arrest, it’s because of that more often than not—and that test will catch it.”

If hot temperatures last into late summer and early fall, athletes can be in danger of heat stroke without realizing it, especially if they hit practice hard after a summer of taking it easy. Students are most at risk of heat stroke when they haven’t had enough recent exposure to heat.

“Make sure that the student athlete is not just coming and exercising for the first time all summer,” says Baxter. “Let the body slowly get used to processing that level of heat and humidity.” A good way to test if the heat is at an acceptable level is the Wet Bulb Test, which measures factors like humidity and cloud cover in determining what it feels like to exercise in direct sunlight. Ask an athletic trainer at your school if they use one, or purchase a WBGT measurement tool for yourself.

The issue of concussions is serious enough that it has many parents wondering if they should recommend their children stay away from intensive sports, including everything from football to snowboarding. But concussions can result from even minor head injuries and whiplash motions, so it’s important for every athlete, no matter the sport, to take precautions.

“Every two years, before the season starts, athletes should have baseline concussion neurocognitive testing,” says Baxter. “The one we use pretty much exclusively here in the office is the ImPACT test program.” Just 30 minutes long, the ImPACT test requires the student to perform a series of fairly challenging mental functions like pattern recognition and sequencing. The scores are saved, so that when a head injury occurs, students can take the exam again to see if there is a significant drop in score. Until the score returns to similar, pre-concussion levels, the student is kept out of play, preventing further damage and facilitating recovery.

“If you look back 50 years or so, concussions were pretty much ignored. Fortunately, we now have more active ways of managing concussions,” says Baxter. “When I’m in the exam room with families, I always tell them, ‘The most important thing in the room is their brain. You only get one of those—You don’t want to mess it up.’”

For more information about keeping your child safe this season, including pre-activity testing options, visit crozerkeystone.org/sportsmedicine.

SPONSOR CONTENT Could Your Heartburn Medication Be Causing Kidney Disease, Dementia and More?