Milan Harris, head of Milano Di Rouge, has responded on social media to angry customers who feel "ripped off" by the popular local brand. 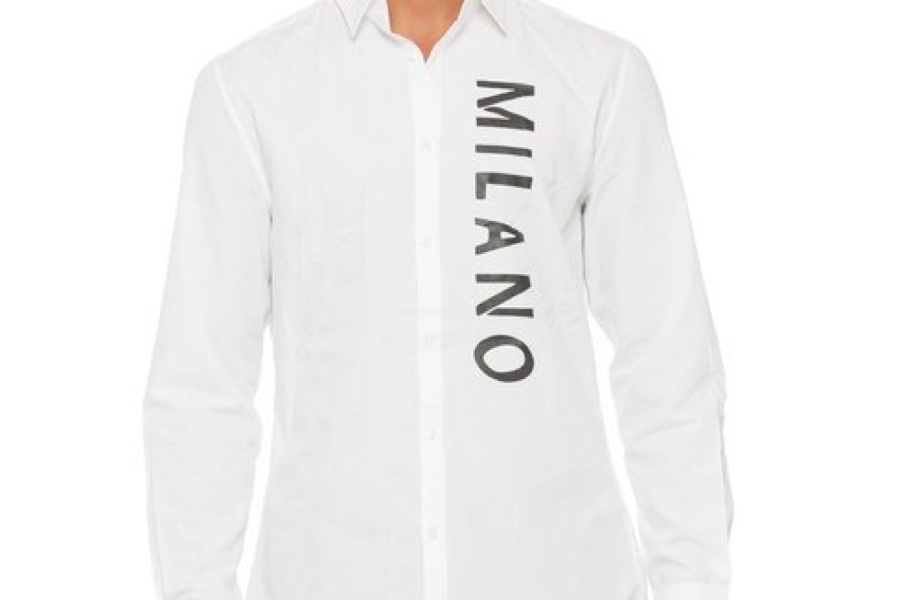 Image of Dlano button-down shirt from Milano Di Rouge via its official website.

The mayhem started over the weekend when several customers went on social media to react to revelations that their Milano Di Rouge “Dlano” button-down shirts — currently $78 online — had H&M tags. A similar white button-down from H&M is being sold for $14.99 — though of course without MILANO printed on them.

Some of the reactions went viral:

@_cdiddy bruh RT @NPYizzo: @milanodirouge out here using h&m shirts wit there name on it then selling it for a 10x markup smh. 2018 swindle in full effect. At least cut the h&m tag off first sis ‍♂️‍♂️ pic.twitter.com/lgSA2J2cQO

“When I saw others sharing online that these expensive shirts from Milano Di Rouge came from H&M, I went and checked my shirt and felt ripped off,” said James, from North Philadelphia. “My girlfriend spent like a hundred dollars on this shirt and H&M sells it for $10 … I’m pissed.”

Described as offering “affordable luxury to the fashion enthusiast,” Milano Di Rouge is an emerging fashion brand from Philadelphia native Johnika “Milan” Harris. Since the brand’s launch in 2012, Harris has received acclaim from the fashion industry, with showcases at Philly Fashion Week, a designer-in-residence slot at the Philadelphia Fashion Incubator (PFI) at Macy’s Center City, and brand promotion from rapper Meek Mill.

High-end brands usually inform their customers when they are partnering with another fashion line. Recent examples can be found in the collaboration between French couture line Balmain and H&M, and fashion heavyweight Alexander Wang’s partnership with Adidas. There was no such announcement from Milano Di Rouge.

On Tuesday morning, Harris released a public statement via Instagram defending her decision to use H&M shirts by touting the numerous charity endeavors she has taken part in and explaining that “if it was just about the clothes I’d be focused solely on selling clothes.”

“When you purchase a bottle of Hennessy for $300.00+ at your favorite club, you do not stop the purchase because a liquor store may sale the same bottle for $30, nor do you accuse the club or promoter of ‘trying to scam you,’” Harris said in the statement. “You support these businesses in exchange for the great food and great experience (the ambience) that they provide! You understand the business behind the pricing and buy into the atmosphere.”

Sorry for the delay, I had so much work to do today and goals to accomplish that I couldn’t let this negativity take me off my mission. Although I would admit that it was a big distraction, I still manage to get my work done❤️ To all my supporters thank you for your kind words. I didn’t get a chance to read everyone’s stuff, cuz I was working majority of the day but the ones I saw I commented on❤️ I appreciate the love and continuos support.

Harris did not respond to Philadelphia magazine’s request for comment.

Following the Instagram statement, there were mixed reactions online:

I don’t get how people are mad at this Milano issue lmao. She got the items wholesale and redesigned it…a lot of companies (especially new ones) do that be glad that it’s H&M and not Hanes ‍♂️

The thing with Milano is these other brands she talks about buy from a supplier or manufacturer, NOT buy from H&M or American Apparel directly and slap their brand on ANOTHER brand’s merchandise. There’s a difference. Also a difference in quality.

Everybody wanna bash Milano for selling H&M clothes under her brand, but nobody wanna bash these trash ass rappers for charging 2K for a feature, knowing their bars are worth $2 ‍♀️ It’s a grind. You gotta make money in order to build your brand, or you’ll be broke forever!!