The proposed city-within-a-city on Bader Field would grow AC's housing stock by 50 percent. 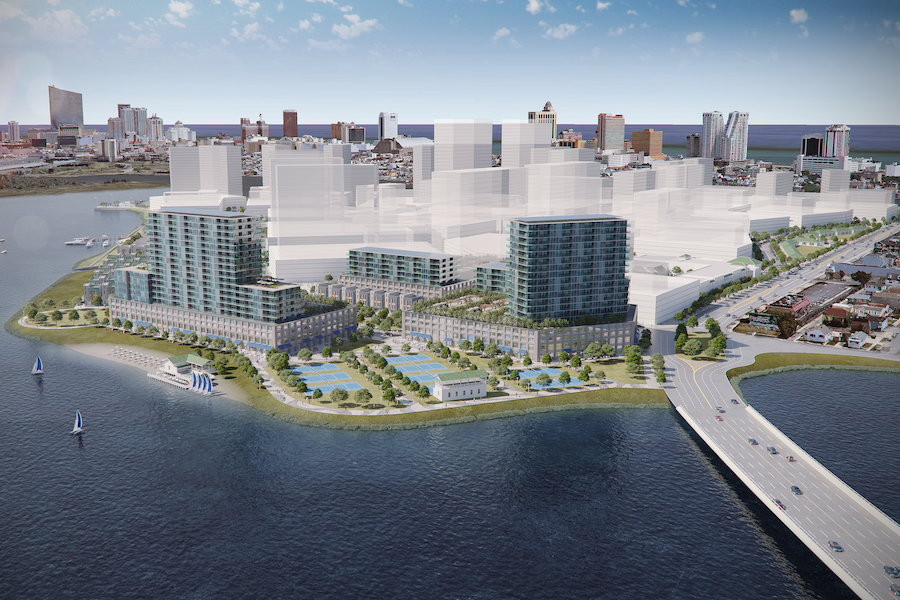 This rendering shows the first buildings visitors to Casa Mar will see from the Black Horse Pike (bottom right) in detail, with the Atlantic City skyline in the background. / Renderings via Tower Investments Inc.

For six years now, the State of New Jersey has been running Atlantic City. With competition for gambling dollars having eaten into the revenues of the onetime “Queen of Resorts,” the state stepped in to ensure the city remained fiscally solvent.

When Murphy signed the bill, one of the big cleanup tasks that remained was finding a future for the city-owned Bader Field, the first “airport” in the country. Opened in 1922 and closed in 2006, the facility had become a drain on the city treasury.

Mayor Marty Small had promised to announce “a multi-billion-dollar project” to redevelop the airport when Murphy extended the state takeover in the summer of 2021. 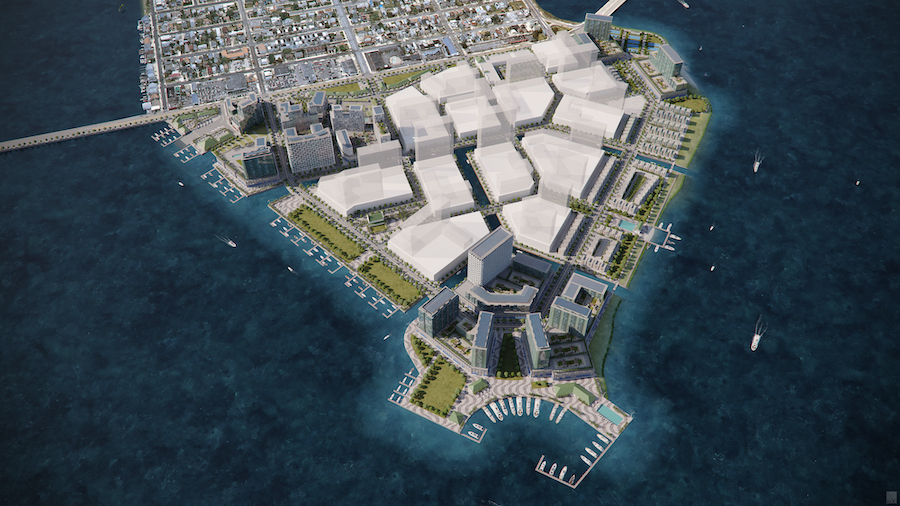 Blatstein’s Tower Investments is partnering with the Pestronks’ firm, Post Brothers, to build a brand-new, $3-billion mixed-use community on the Bader Field site.

The project, called Casa Mar, will put 10,000 housing units, 400,000 square feet of office and retail space and 20 acres of parks, trails and other public amenities on the 140-acre airport site. The project, set to be built in phases over the next 12 years, will increase the number of housing units in the city by roughly 50 percent. It could also increase the city’s current estimated population of 38,466 by anywhere from 25 to 50 percent, or even more. Its backers say it will create 44,000 construction jobs and add 8,000 permanent jobs to the city’s employment base.

And it will be both an economic shot in the arm for struggling Atlantic City and a big step toward easing a housing shortage in the Garden State, says Blatstein. 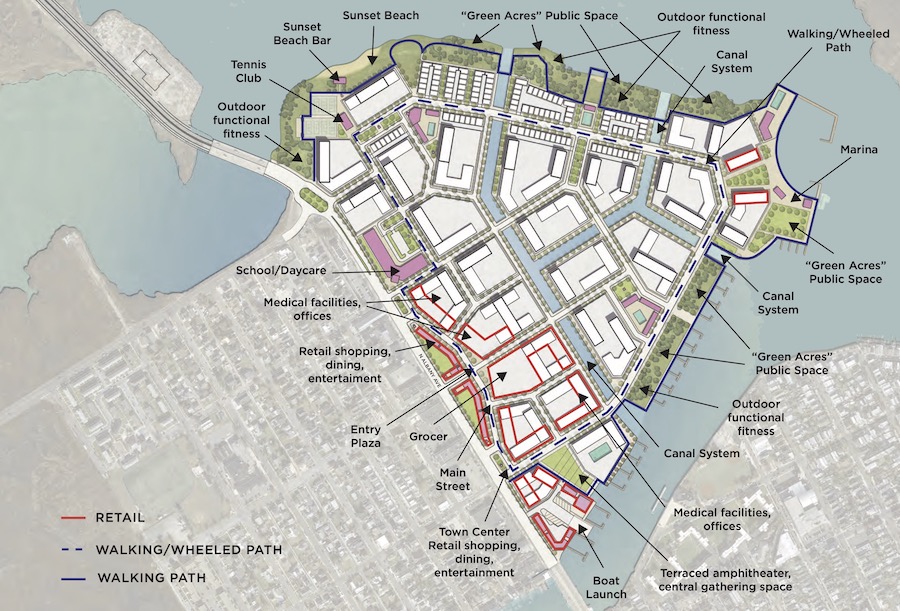 “There is a severe shortage of housing, not just in Atlantic City, but in New Jersey and the entire country,” Blatstein says. Because of this, “multi-family is the most sought-after asset class to finance in the country.”

Casa Mar, he says, “will help to repopulate Atlantic City, which is 50 percent below its peak population.” It will also inject a load of youth serum into the city’s housing stock: Half the city’s housing predates 1960, and only 2,822 units, or 13.6 percent of the total, have been added since 1990.

“It’s not that people don’t want to come” to AC to live, he adds. “It’s that there’s nowhere to go” when it comes to actual places to live in the city. 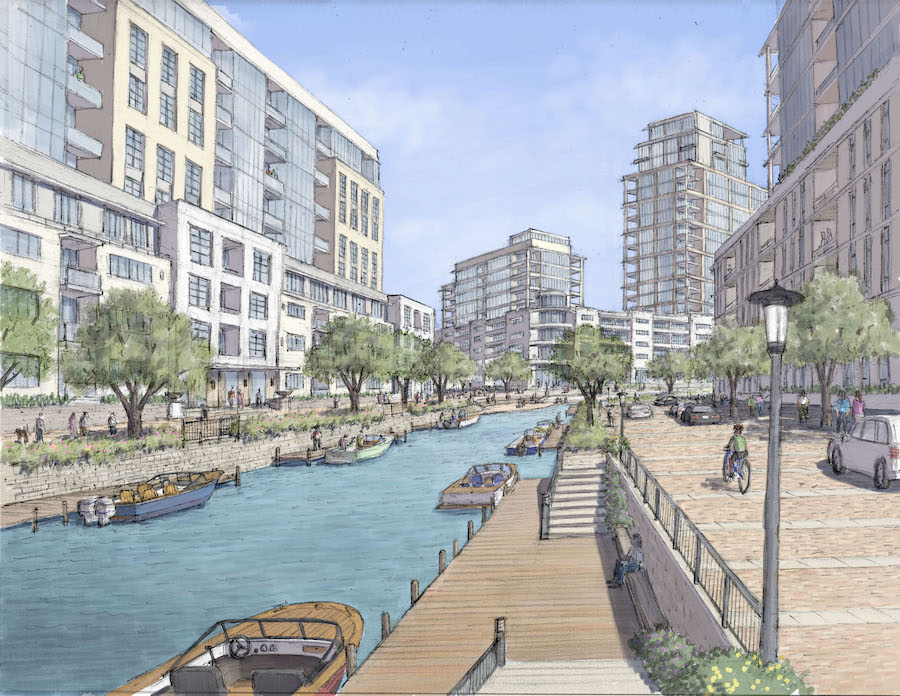 A canalside street in Casa Mar

Casa Mar seeks to give both would-be residents and visitors those places to go. Plans call for a ring of greenery around the development’s buildings and a network of canals threading through them. “The canals will create a look that’s more reminiscent of Amsterdam and Venice,” says Blatstein. They should also enable the development to handle stormwater runoff better. Flooding also shouldn’t be a problem because those plans call for raising the development above the 100-year-flood level.

The mix of residences at Casa Mar aims to attract everyone from young adults to the over-55 set. Residents, neighbors and visitors will have access to both neighborhood-serving commerce, like supermarkets, banks, drugstores and childcare, and “festival” retail establishments like restaurants, boutique shops and cafes. 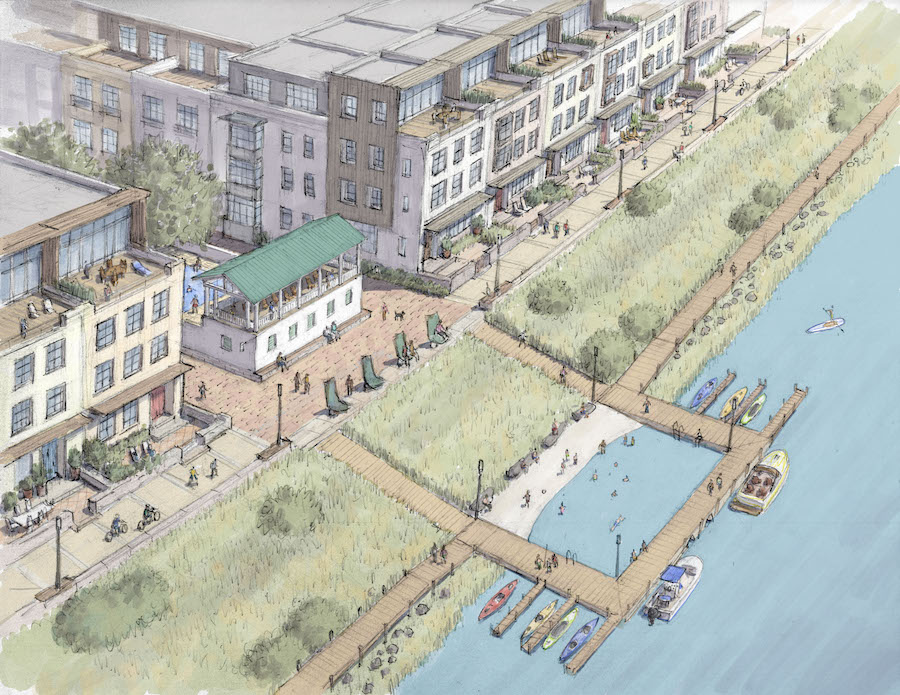 A bayfront pool and boardwalk in the townhouse section

This is the second major project Tower is undertaking in Atlantic City. Work is currently underway on the ISLAND Waterpark, a $100 million amusement park next to the Showboat Casino, which Blatstein owns.

It’s also the third major project that Tower and Post Brothers are going in on together. The two companies are currently at work on a $306 million, 1,111-unit residential-retail project at 1001 South Broad Street, and Tower retains a stake in the Piazza Terminal project, a 1,131-unit mixed-use project that Post Brothers is building in Northern Liberties,

Because the state is running AC, it will need to approve any construction plans. Blatstein says that he is asking for an “open and transparent” request-for-proposals process.

“We are excited to partner with Tower in developing Casa Mar, which will change the paradigm for this city,” Post Brothers CEO Michael Pestronk says in a news release. “Together, we will develop an epic waterfront community that will set a new standard for living not only in Atlantic City, but in the entire U.S.”