On the Market at the Shore: Main Line Colonial in Ventnor

This handsome brick Colonial is loaded with goodies, just like those Villanova estates. The only differences: This one sits on a more compact lot, and it comes with a beach. 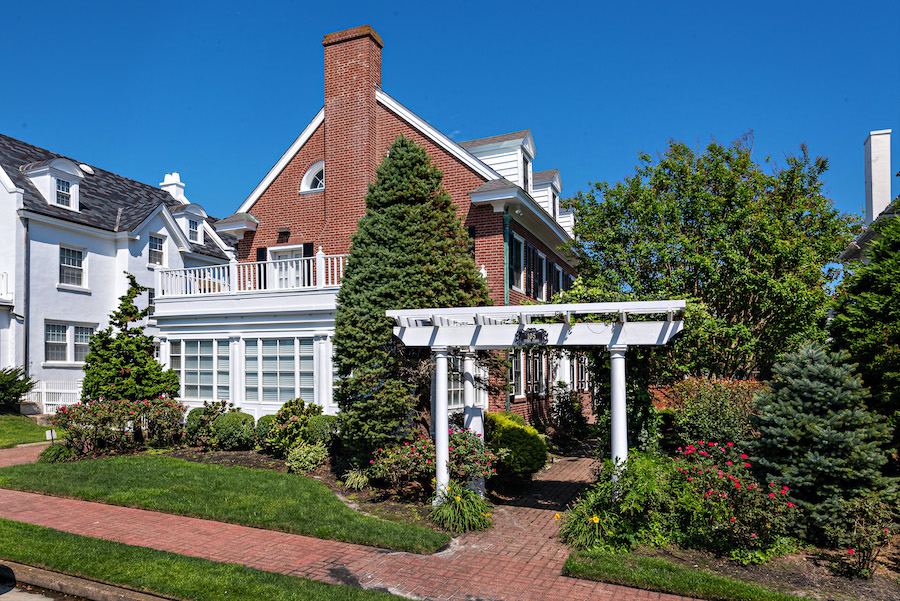 Villanova? No, Ventnor. But this gracious, updated elegant Colonial would be right at home on the Main Line. Instead, you’ll find it at 105 S. Derby Ave., Ventnor, NJ 08405 | Photos: Eric Weeks, EZ Memories Photography, via Farley & Ferry Real Estate

When the agent marketing this Ventnor Colonial house for sale sent me the listing and photos, my first internal reaction was:

Did she make some mistake and send me pictures of a Villanova Colonial instead?

After all, both Ventnor and Villanova begin with a V. And this handsome 1920s brick Colonial looks every inch like it belongs in the latter.

But then I looked through the pictures and came across this one: 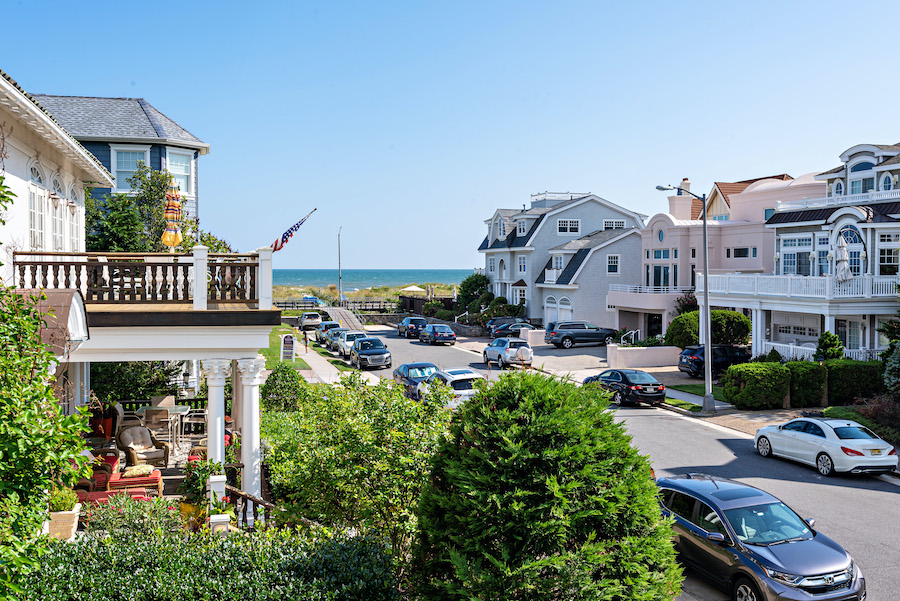 That’s the view down Derby Avenue from the primary-suite deck of this house. So it’s clear she made no mistake.

Nor did owner Mark Krum, who bought this house from a noted local physician. According to him, any connection with the Main Line is purely visual. This house in St. Leonard’s Tract was reportedly built in 1920 for a notable New Jersey politician, he says, but he isn’t sure that story is accurate. 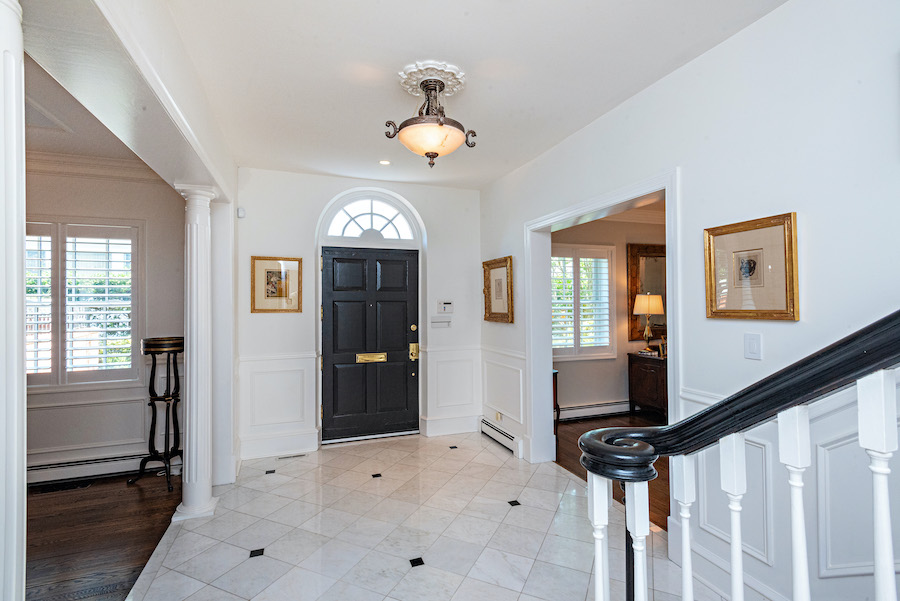 Krum was living in New York, surrounded by celebrities like Beyoncé, Jay-Z, former General Electric CEO Jack Welch and ex-Phillies player Bobby Abreu, when he bought the house, but he had longstanding ties to Atlantic City, where he spent every summer as a youth: “I’m sure I was on the beach when I was a couple of weeks old,” he says. 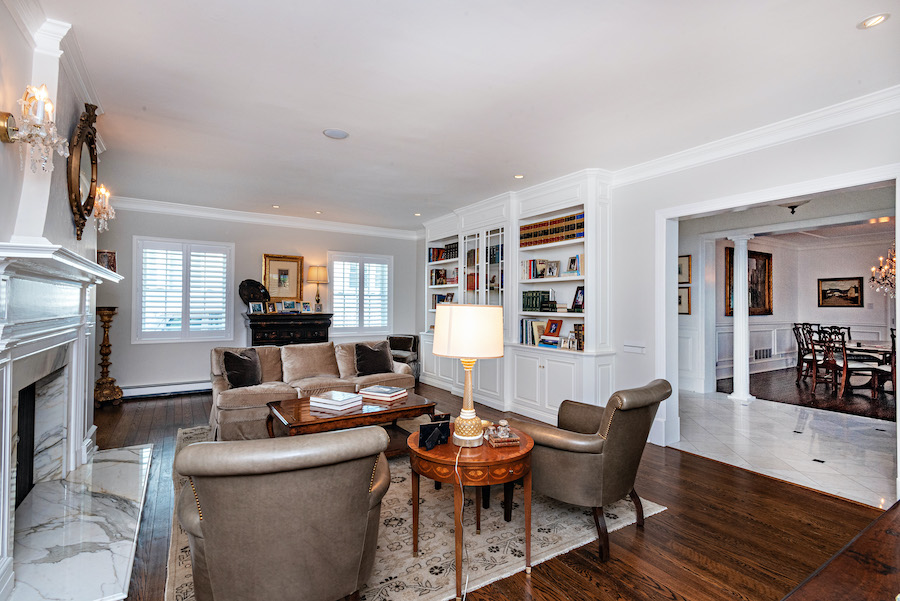 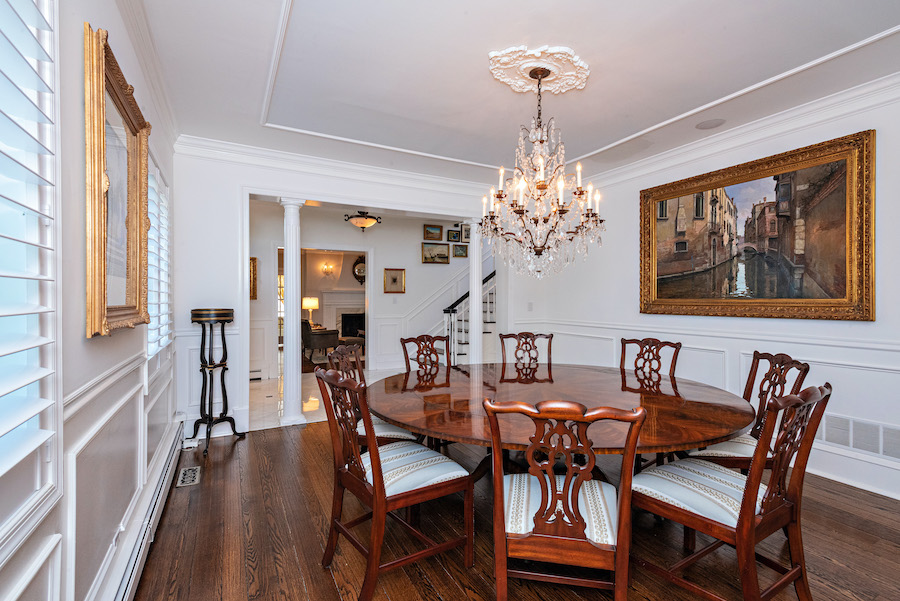 You could say that this house was a reaction to his New York surroundings: “I was living in the most prestigious contemporary building in New York, on the Upper East Side,” he says. “So I wanted something that was the complete opposite of that. And it wasn’t just that I wanted a Colonial home. I wanted something that had a lot of character and charm.”

As these pictures should make clear, he got that in spades. Then he improved on it. 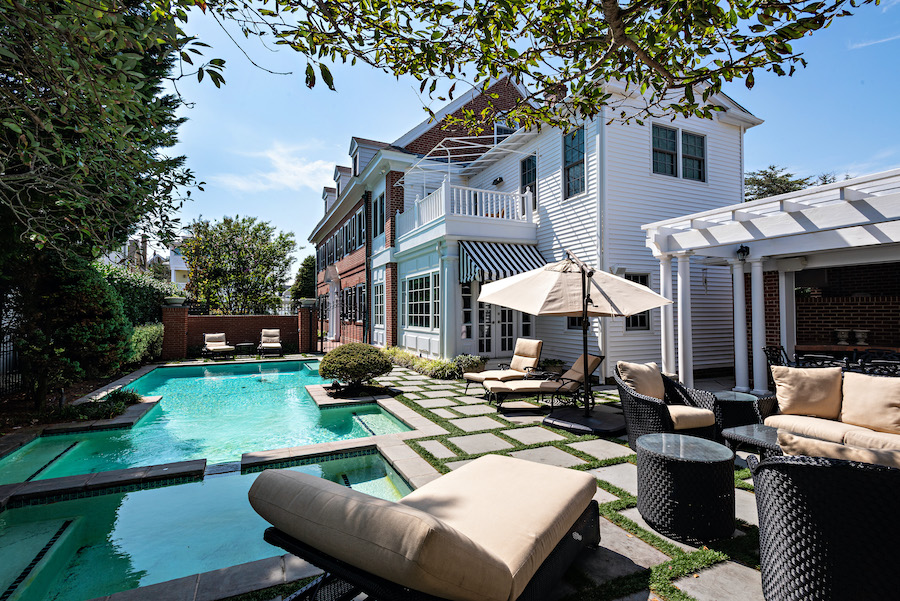 While its lot is compact by the standards of the Main Line — it’s 65 feet wide and 125 feet deep — by Shore standards, it’s commodious. It was big enough for him to drop six figures on landscaping and install an outdoor pleasure dome in the back. 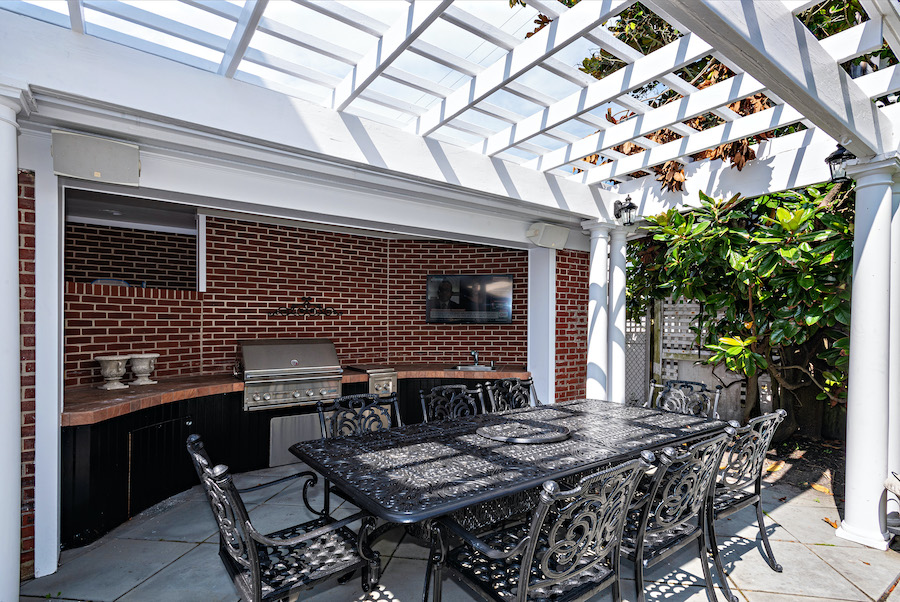 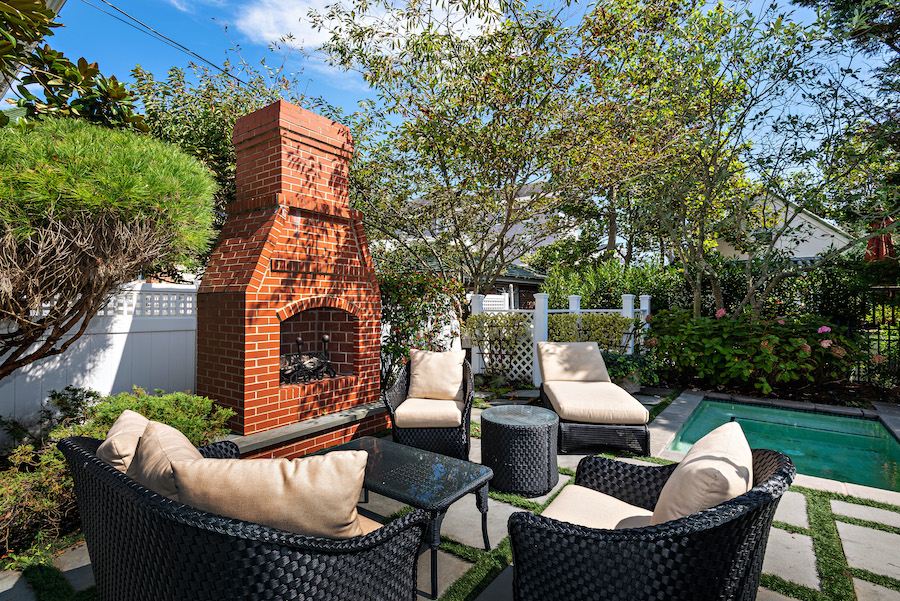 The backyard combines a swimming pool, a spa pool, and outdoor living and dining rooms, all beautifully outfitted. 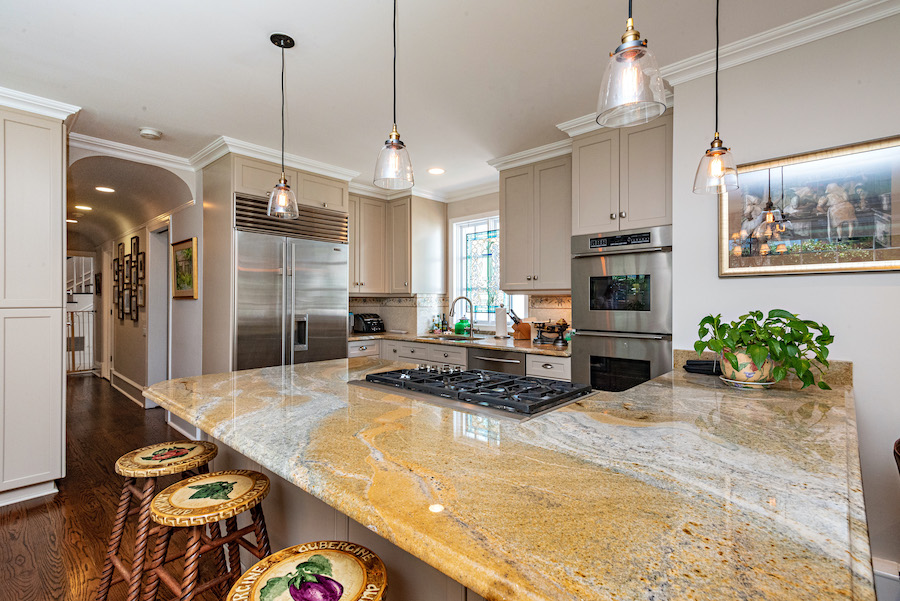 It’s just as beautifully outfitted on the inside. In the 1990s, he says, “I modernized the home with technology, a lot of fine finishes and furniture.” 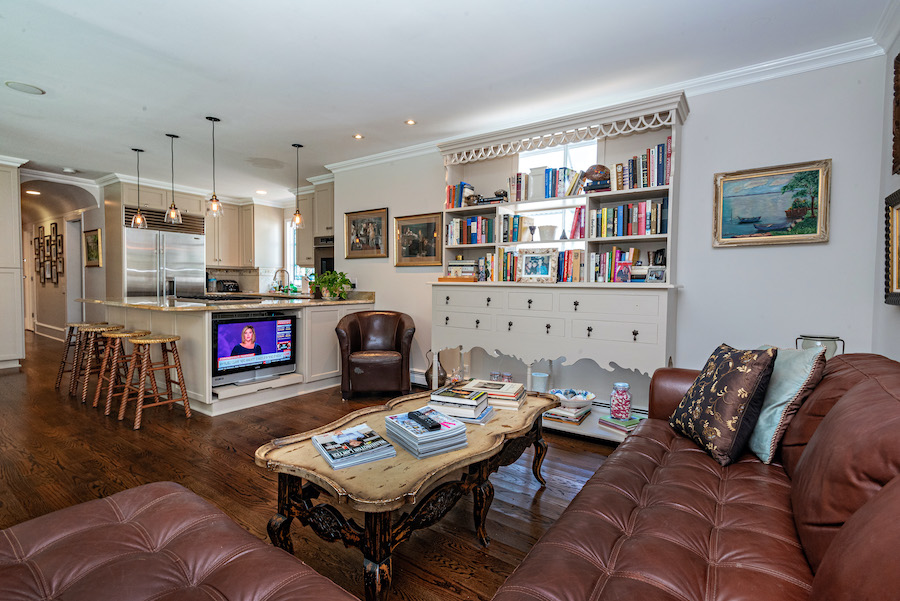 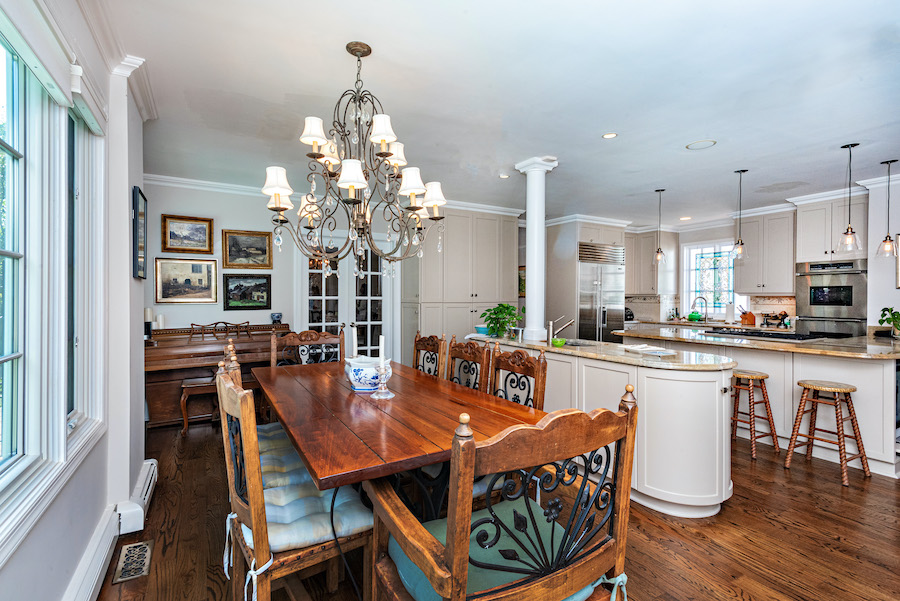 The everyday living suite offers an example of what he’s talking about. It combines an elegant modern kitchen, a family room whose HDTV is tucked into the kitchen island, and a spacious casual dining area with large windows looking out on the pool. 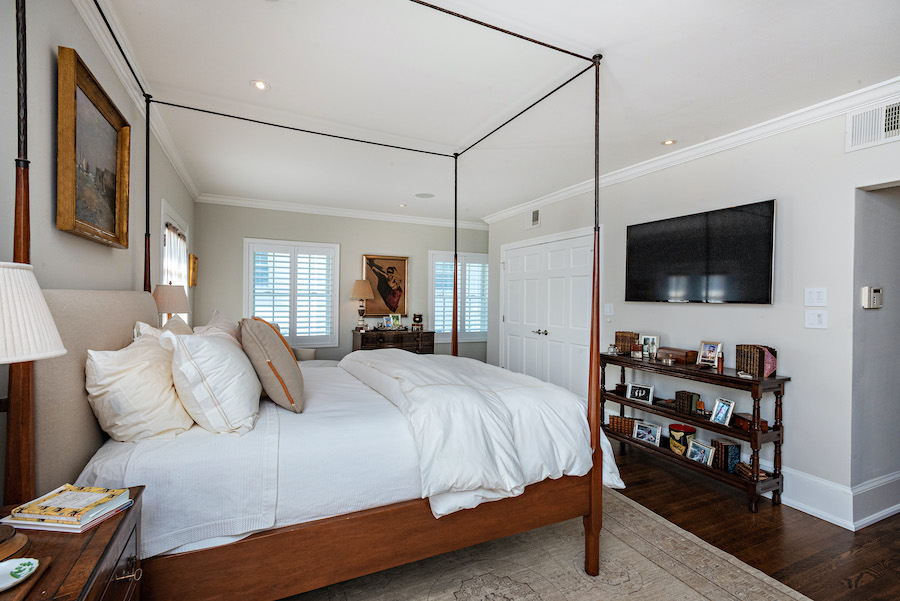 The light fixtures he chose reflect the Jazz Age elegance this house must have originally had, but the bathroom fixtures display a more modern sensibility. 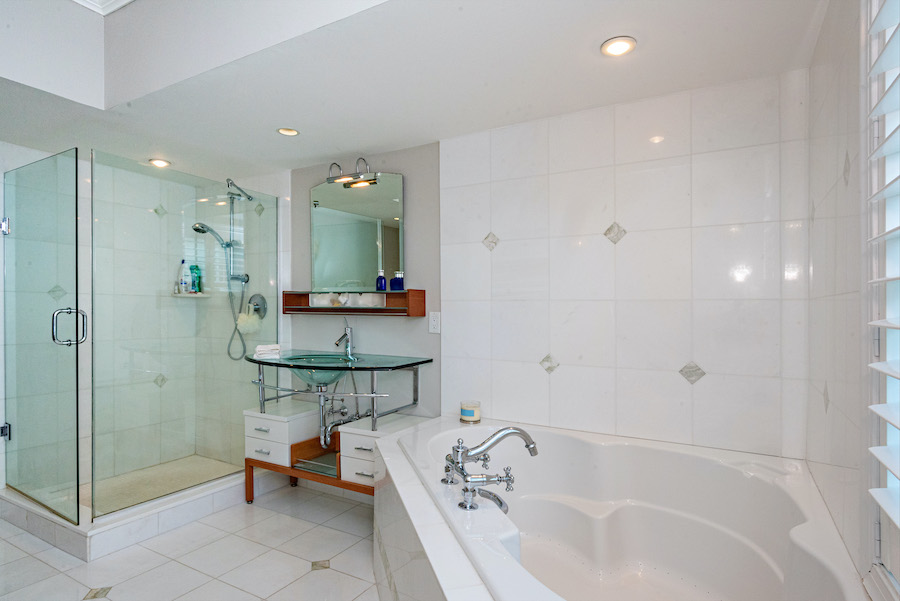 Especially in the primary bathroom, with its glass-topped vessel vanity and sculpted soaking tub. 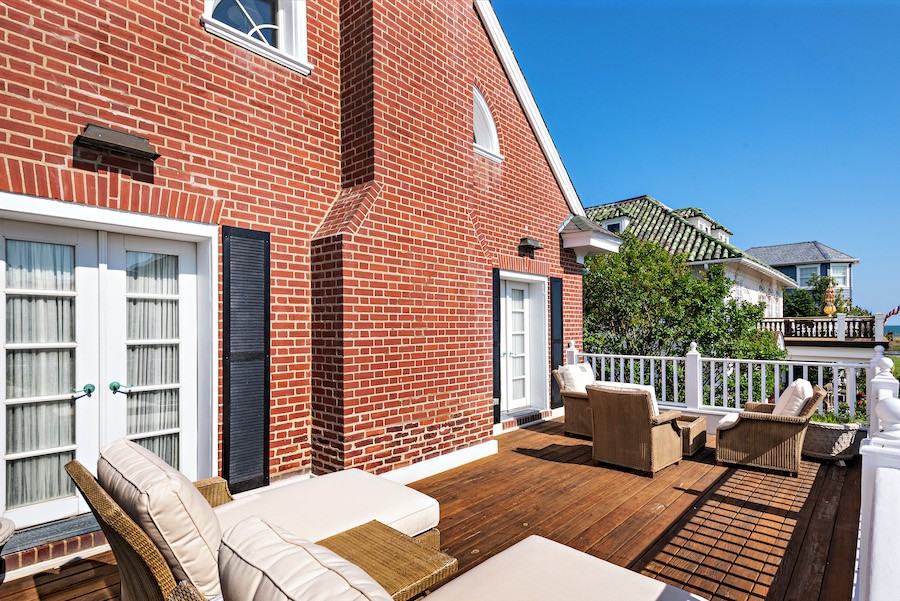 In addition, both the front deck off the primary bedroom suite and the rear deck off the den and one bedroom boast ocean views. 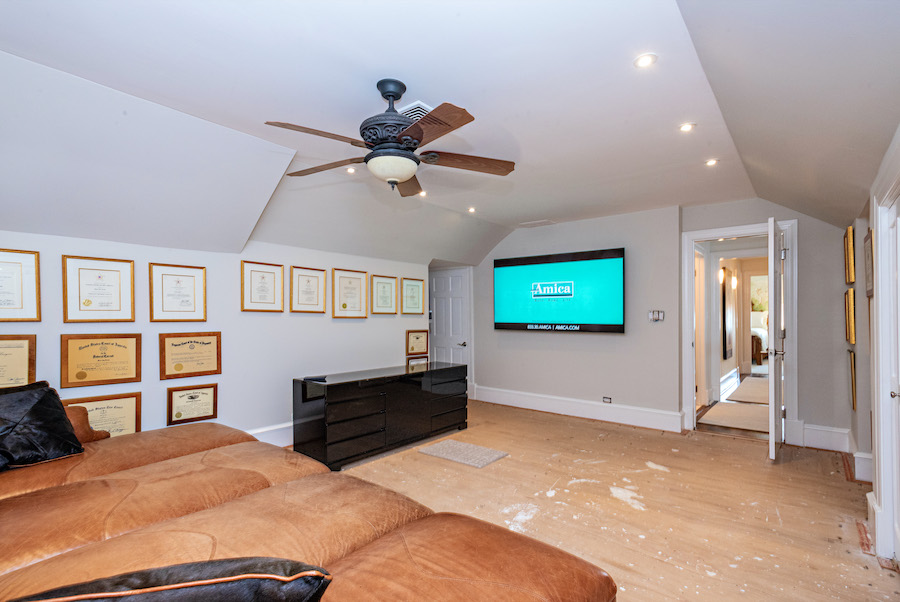 The main floor is wired for sound, and the top floor houses a home theater and two more bedrooms, one with a skylight.

And, of course, it’s in St. Leonard’s Tract, Ventnor’s most prestigious neighborhood. The beach is at the end of your block, and some of the best restaurants on Absecon Island are equally close at hand.

“In an age when everyone wants to go modern and brand-new, I think homes like this are rare and underappreciated,” says Krum. “When you walk through a house like this, you feel a lot of warmth, even if you’re a single guy living by himself.”