On the Market: Newer Shingle Style Mansion in Malvern

Built in 2003, this sprawling estate house for sale looks like it dates to a century before that. 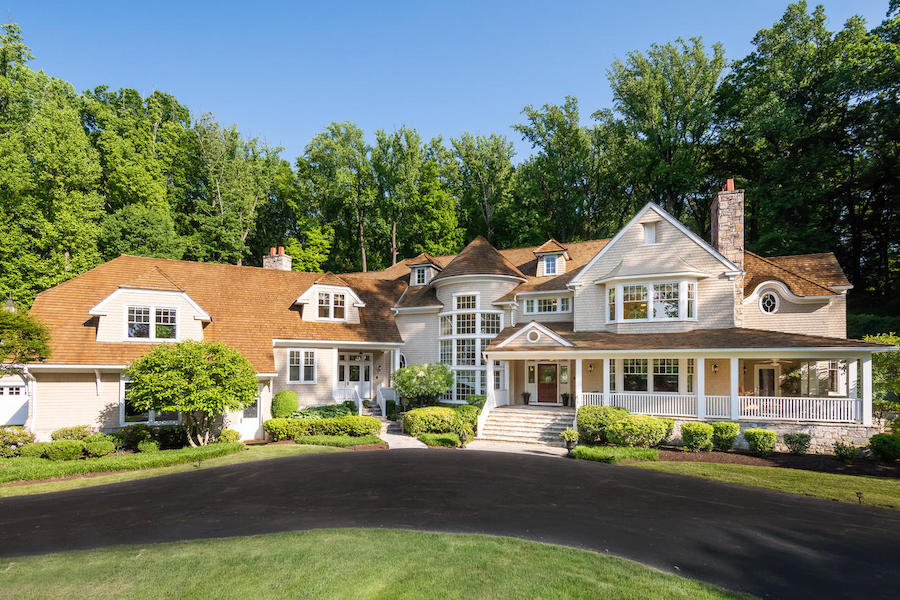 The “shingle style” house is most closely associated with New England, Long Island and New Jersey, especially the Jersey shore.

It’s not as common in Pennsylvania as it is in those other places, but several local architects, Asher Slaunwhite perhaps the best known of them, specialize in the style that became popular in the late 19th century.

Because of this, every so often, one runs across an outstanding example of the style that comes from our time yet channels the spirit of the era that gave rise to it.

This sprawling estate house for sale in Malvern is one such example.

Designed by R.A. Hoffman Architects, a noted Main Line firm, this house was built in 2003 but channels 1903. Yet it does so in a thoroughly modern fashion.

It spreads across its 16.5-acre lot in a rambling, informal fashion and is oriented to make the most of the rising and setting sun. 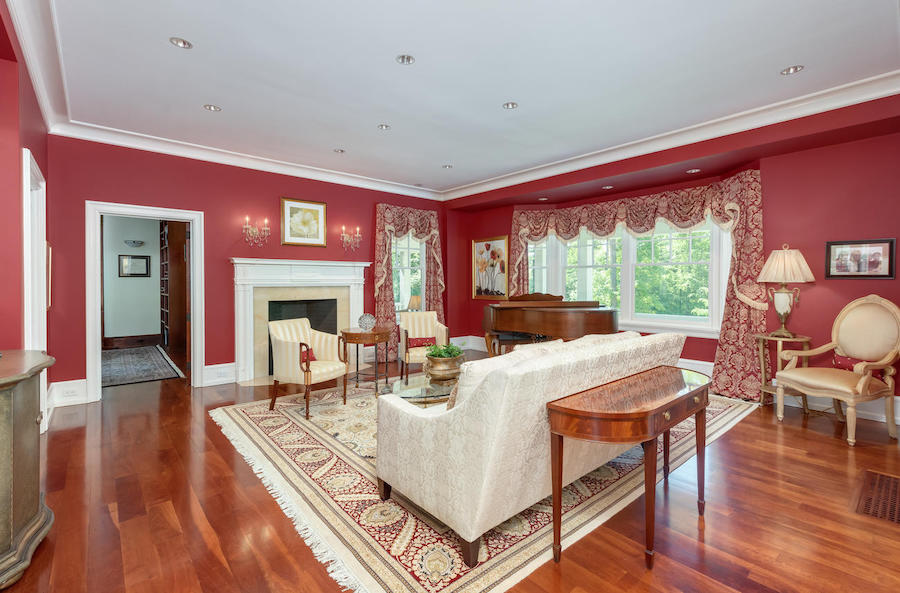 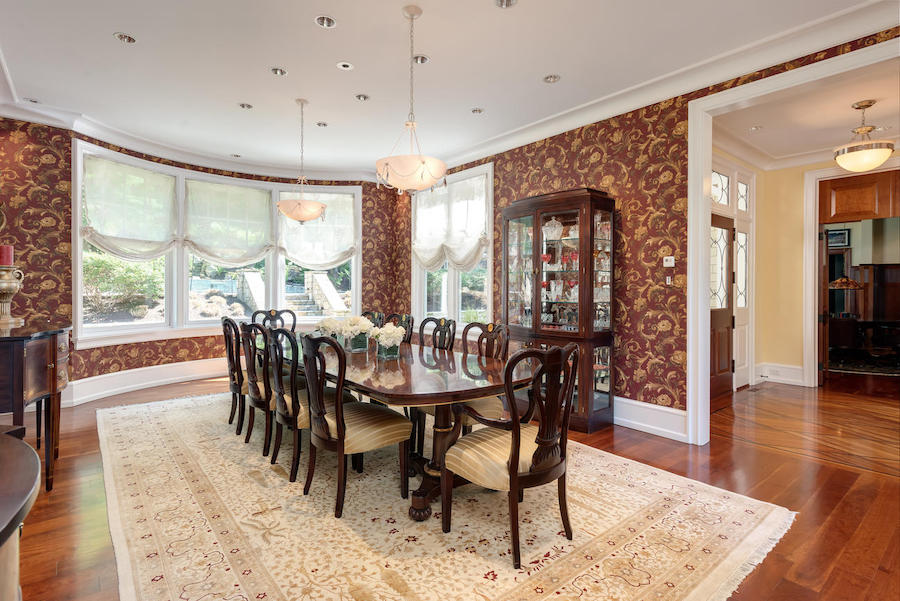 All of its main floor rooms exude the traditional elegance of late-Gilded-Age old money, yet there are some contemporary twists. For instance, the wide openings in the foyer make it all but disappear and the living and dining rooms that bracket it flow into a single space. 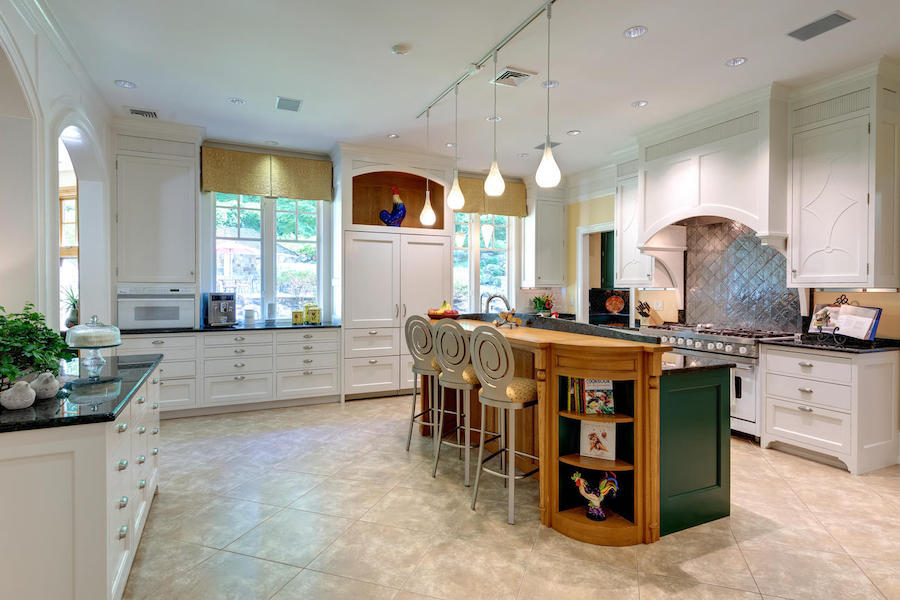 And, of course, it has a totally modern kitchen. 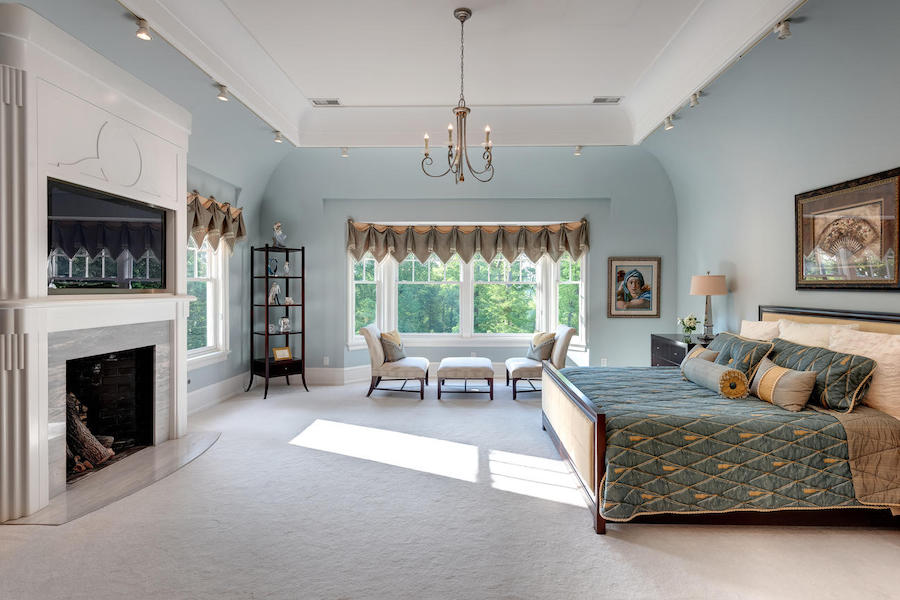 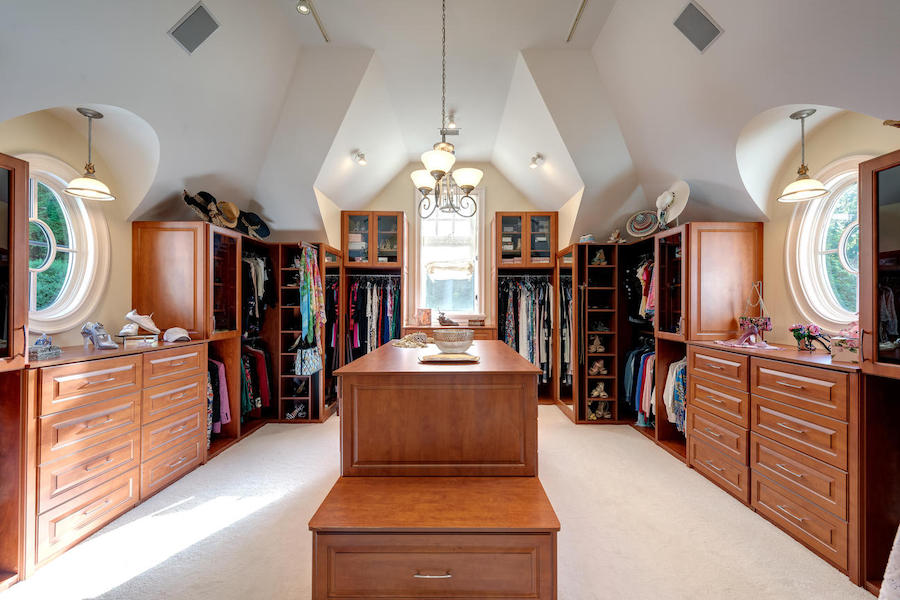 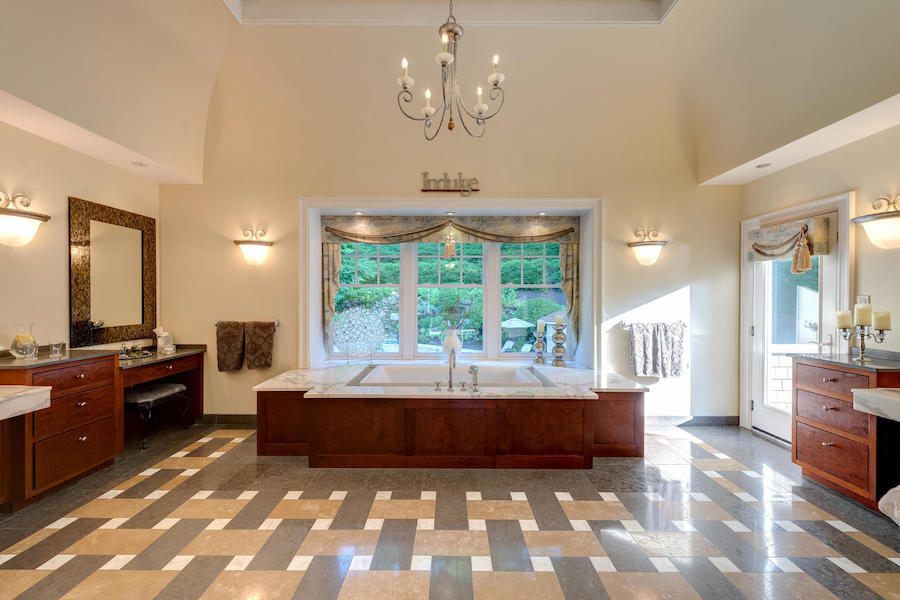 It also has a master bedroom suite the likes of which the Gilded Age did not know. Its huge walk-in closet is as big as many ordinary bedrooms, and its spa bathroom boasts plenty of space and plenty of marble. (In addition to the tub pictured above, it has a luxurious shower with multiple body sprays.) 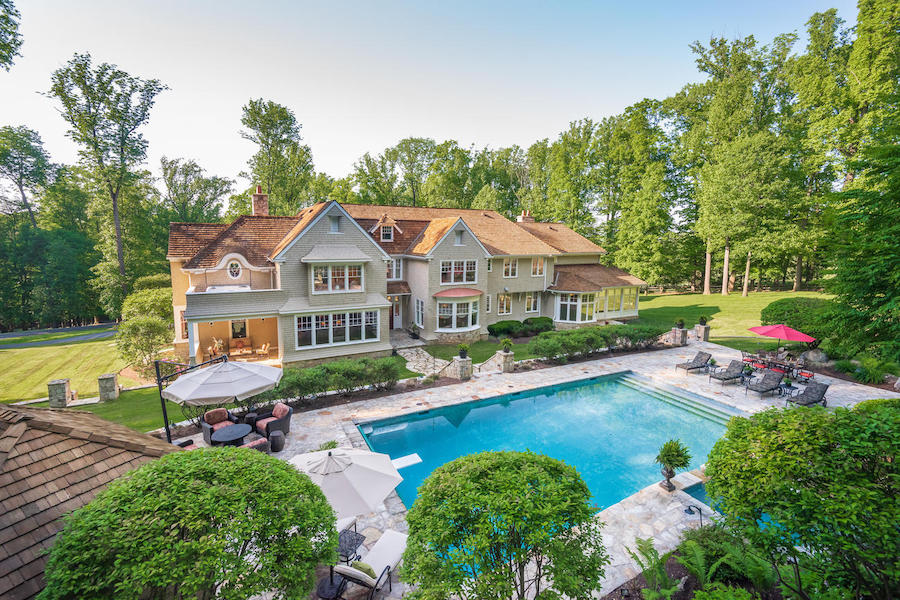 Among other features unknown to days gone by but highly sought after now include the home theater in its basement, the yoga studio on the same level, and the pool, cabana and waterfall in its landscaped backyard. 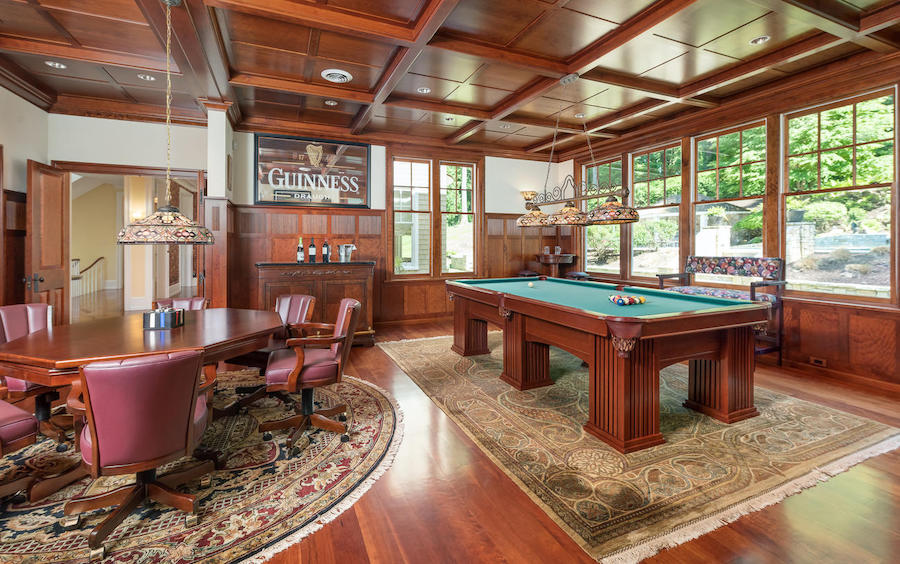 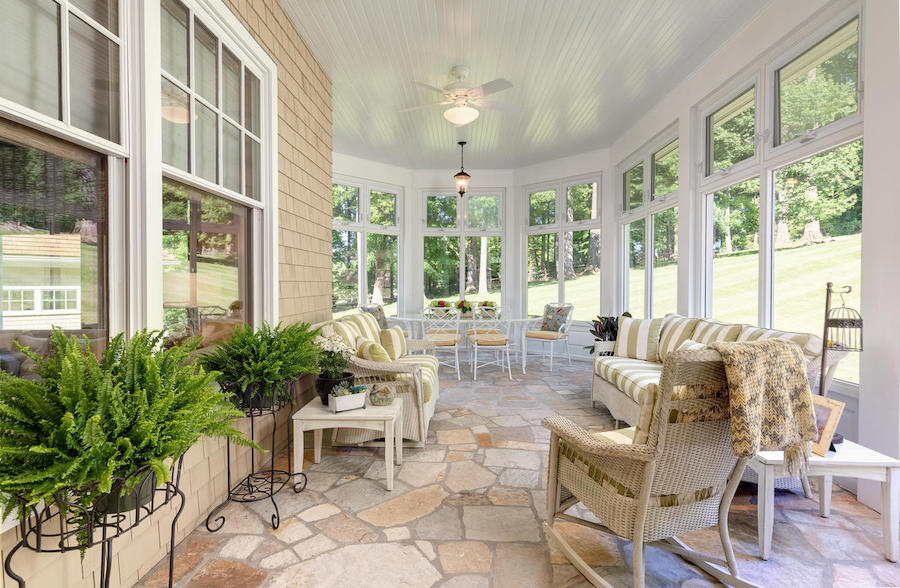 But it also has features like a billiards room and a sunroom that the old money would instantly recognize.

Its comfort tech is all 21st-century, however: heated floors, multi-zone climate control with electronic controls. And it has an elevator connecting all three floors, another modern convenience.

This description and the pictures here barely scratch the surface of this many-faceted custom house for sale. The best way to learn about everything it offers is to call the listing agent and schedule a showing.

OTHER STUFF: This house has garage parking for six cars in one attached and two detached two-car garages; the second-floor space in the larger detached garage can be finished to serve as a guest suite. This house’s sale price was reduced by $500,000 on Dec. 6th of last year.