On the Market: Fresh Rehab in West Passyunk

Ho-hum, another modern rowhouse rehab with an open main floor. Wait - this one's not so ho-hum. 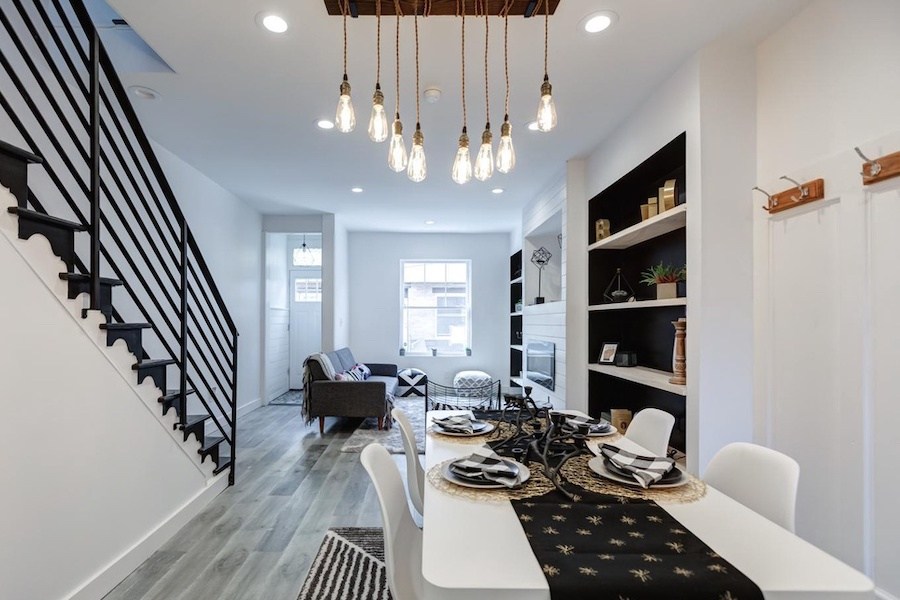 I’m fond of quoting that high priest of modern architecture, Ludwig Mies van der Rohe. Not only did the master of minimalism tell us that “less is more,” he was also known to note that “God is in the details.”

And after having seen dozens, maybe hundreds, of brand-new and rehabbed gray boxes with minimalist everything, including attention to style, it’s refreshing to run across a newly rehabbed rowhouse whose builder paid attention to both of van der Rohe’s most-often-cited quips.

By adding just a notch more originality to the garden-variety Philly rowhouse rehab, the builder of this house for sale made it a standout.

Let’s take a look at some of those divine details.

Of course, there’s the beam-and-rope chandelier over the dining area table, one of several elements that add a touch of the rustic to this high modernist interior. 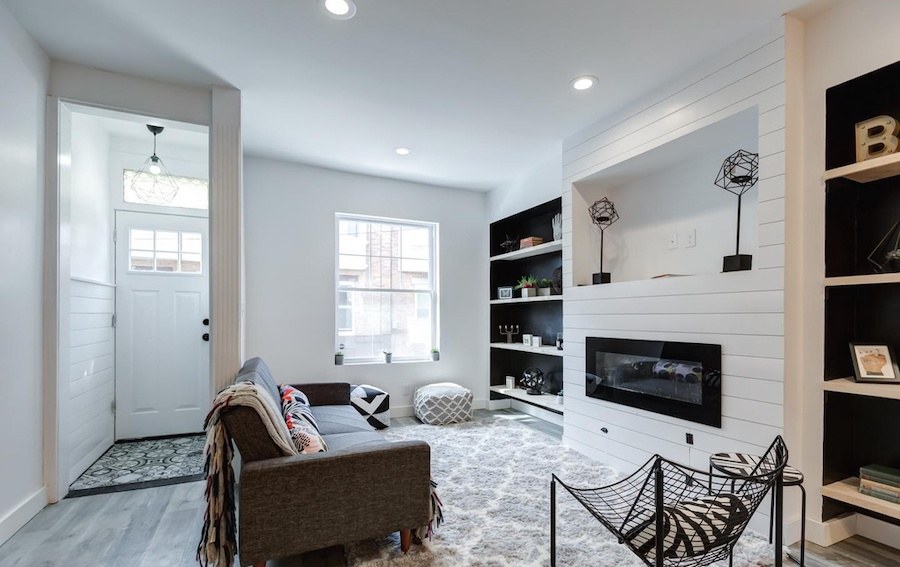 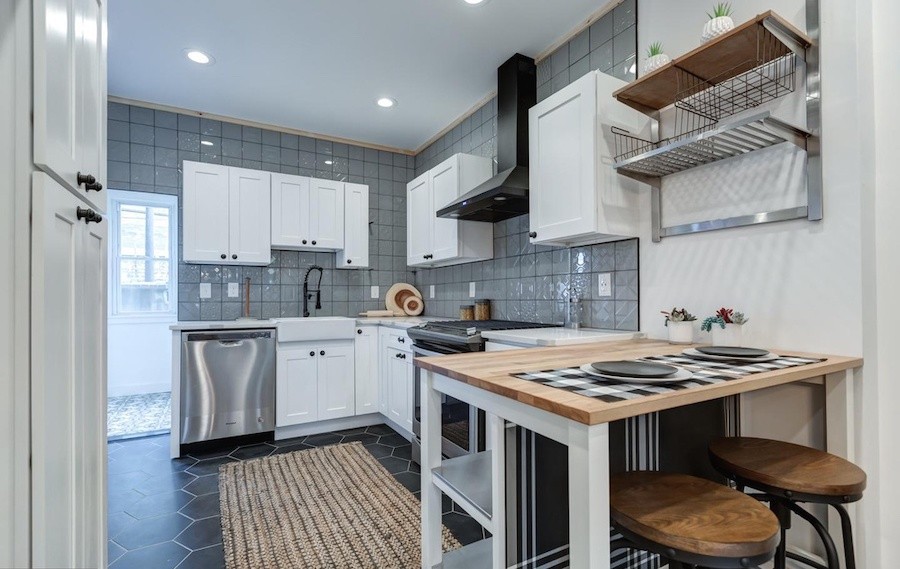 This rehab also treated the kitchen at the rear as a distinct room of its own instead of a floating element in the open-plan sea. The Mediterranean-style gray ceramic tile walls and black tile floor set it off from the rest of the main floor. The Shaker cabinetry, the farmhouse sink and the wood-topped breakfast bar that contrasts with the quartz-topped counters, once again inject country notes into this very urbane space. 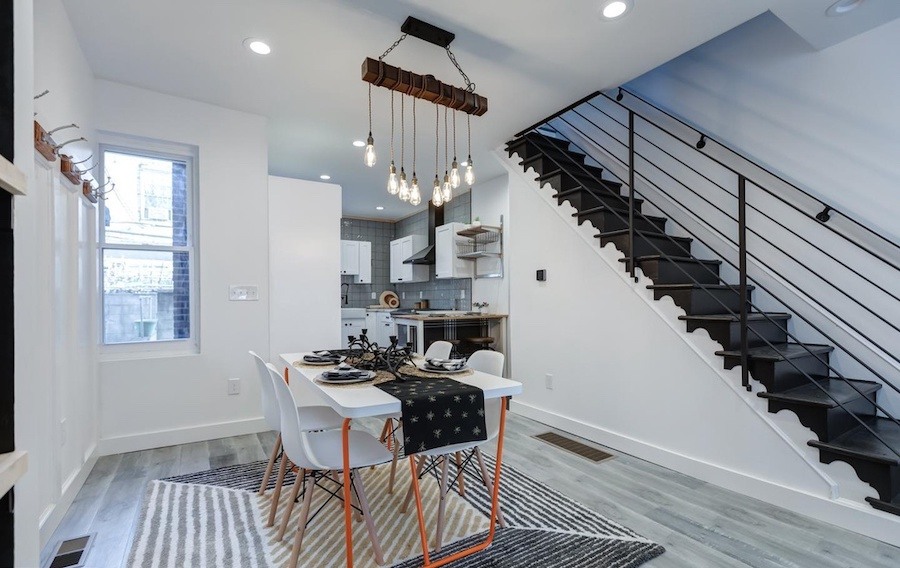 You might also note that while the builder did use those stock metal stair railings, the original decorations on the stair treads were also retained, again adding a dash of the old to the shock of the new. 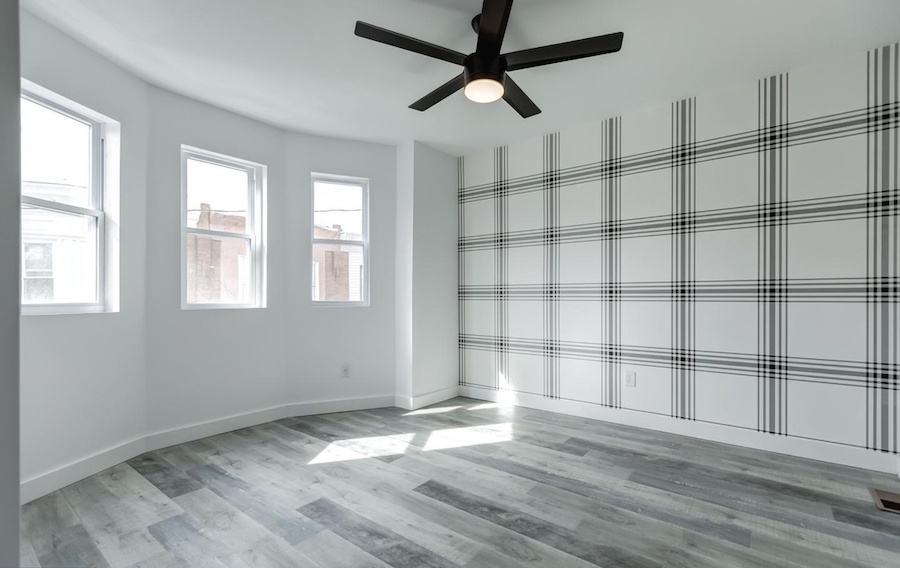 The plaid accent wall in the front bedroom makes it pop in a way a solid color doesn’t. 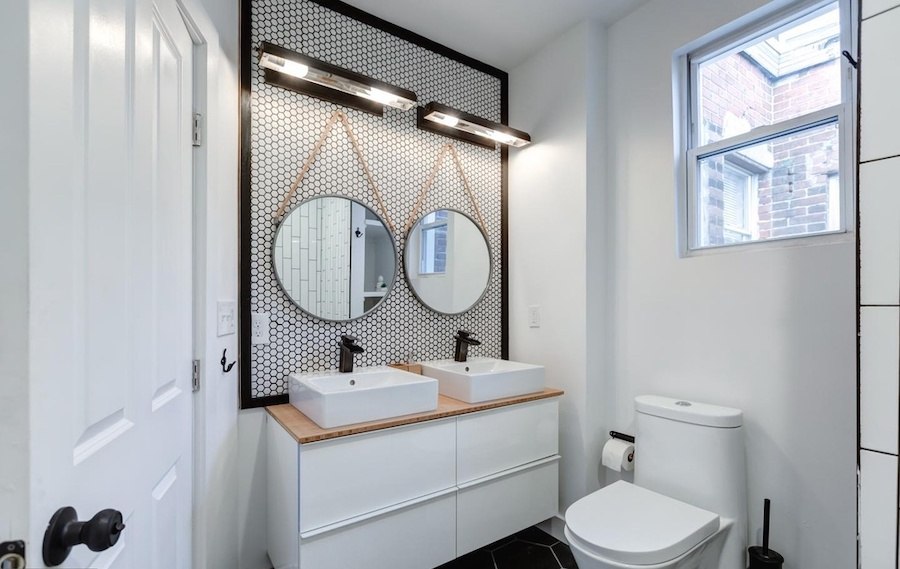 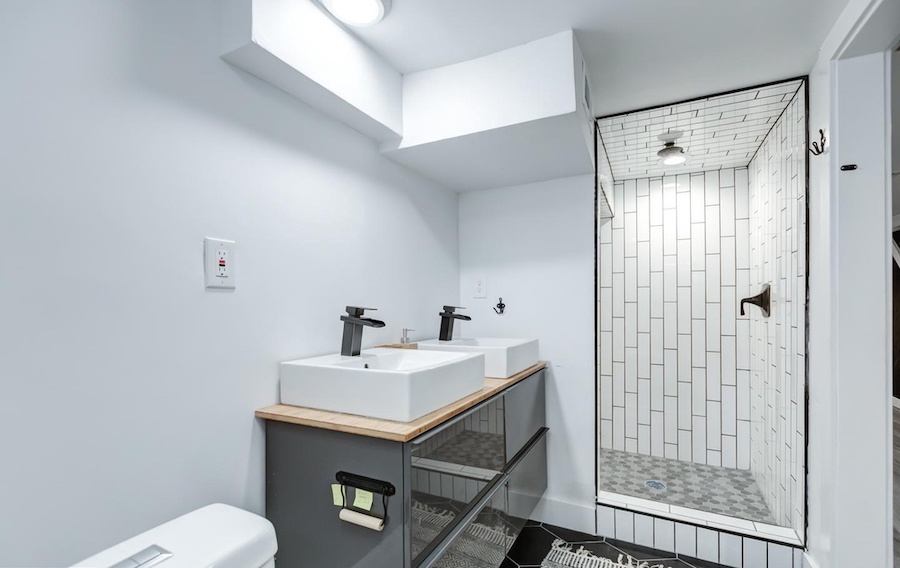 And the two bathrooms — one on the second floor, the other in the finished basement — are outfitted with stylish vanities and distinctive vertical tile shower and tub enclosures. Two hoop mirrors with distinctive lighting add extra flair to the upstairs one. 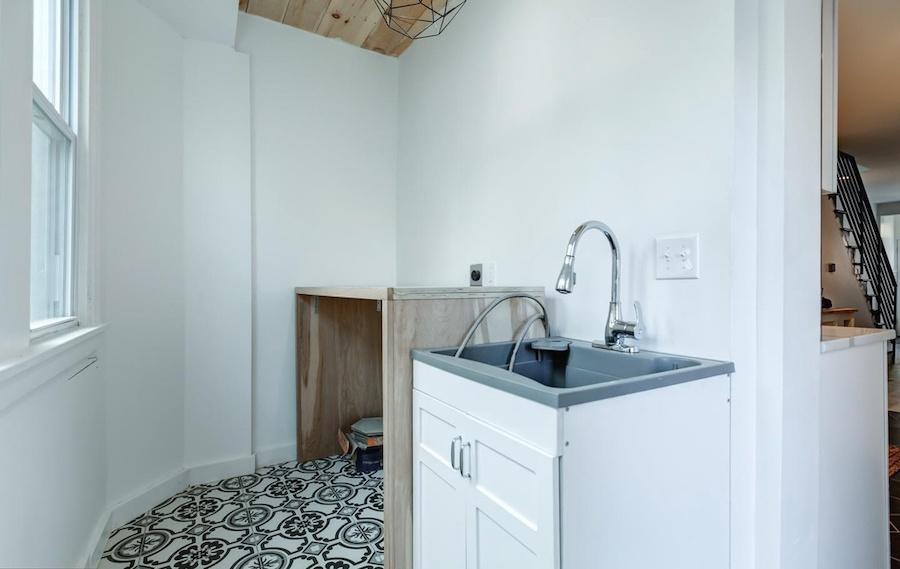 Even the mudroom offers more style than one might expect with its waterfall wood counter, wood-plank ceiling and wire light fixture. 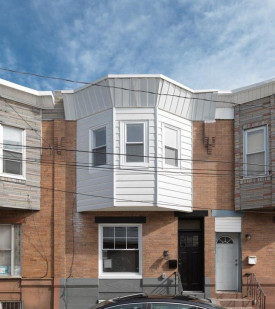 And the good news is, all this attention to detail didn’t raise the price of this house for sale beyond the reach of a first-time buyer. About the only detail I wish the rehabber had paid more attention to is the vinyl siding on the second-floor bay window. Couldn’t they have replaced it with something more in keeping with this house’s character and originality?

OTHER STUFF: This house also has a Wi-Fi-enabled thermostat and a Ring video doorbell. It’s convenient to the East Passyunk restaurant and shopping district and Snyder station on the Broad Street Line.