On the Auction Block: Turn-of-the-Century Colonial Mansion in Gwynedd Valley

Built for the Smith of Smith Barney, this sprawling Colonial turned Gwynedd Valley into an exclusive enclave. It's being sold at auction in order to get a good price in short order. 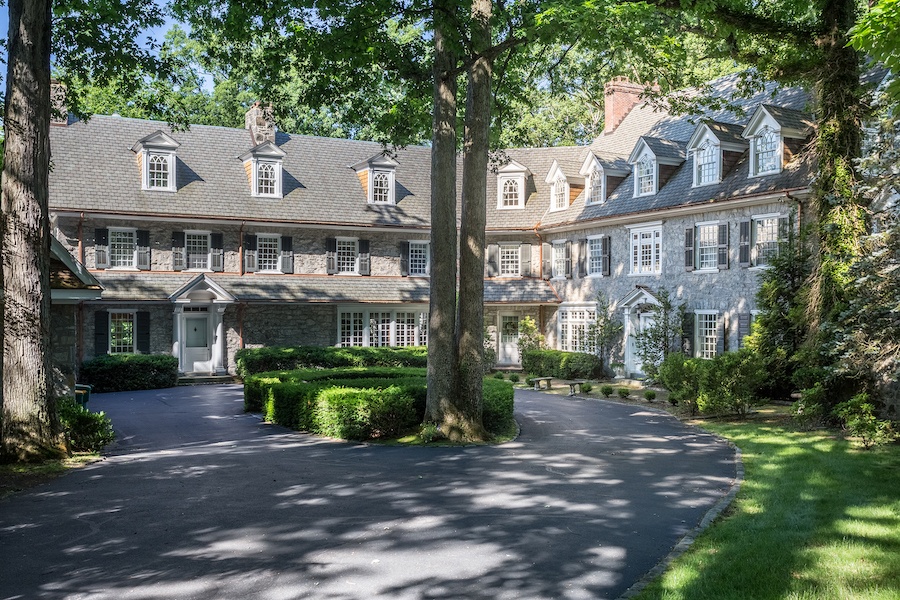 The handsome L-shaped mansion you see in the photo above looks as if it could be two mansions joined at the hinge. One gets that feeling on the inside as well: it has two foyers, two formal dining rooms, two casual dining spaces and two casual lounges, for starters. Not to mention eight bedrooms. 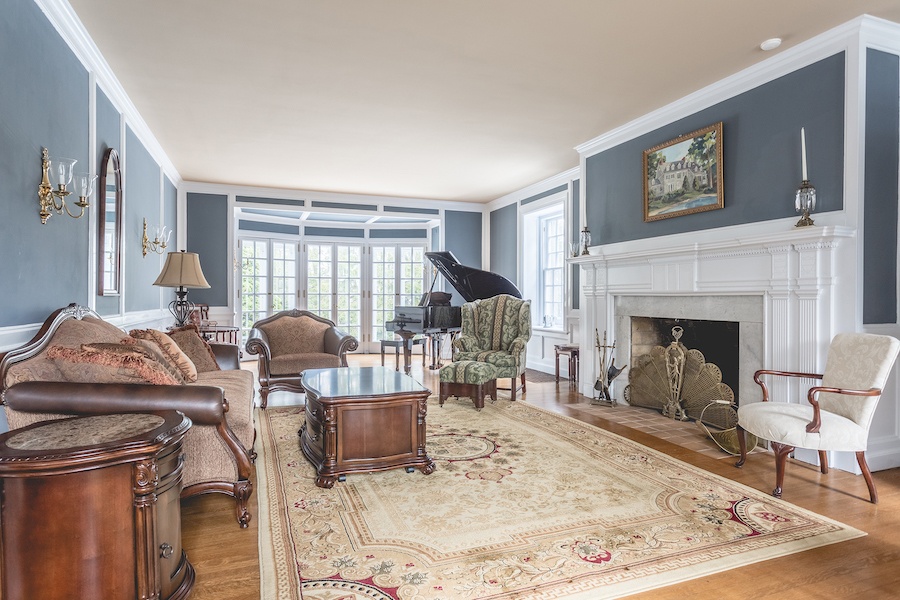 And it could also be two houses legally, says its listing agent, Wendie Steffens of Kurfiss Sotheby’s International Realty: “The lot is zoned so it could be split in two.”

But why mess with magnificence? Unless you’re a crass investor looking to maximize your gains when you sell it, this house for sale should be kept as the singular sensation it is. 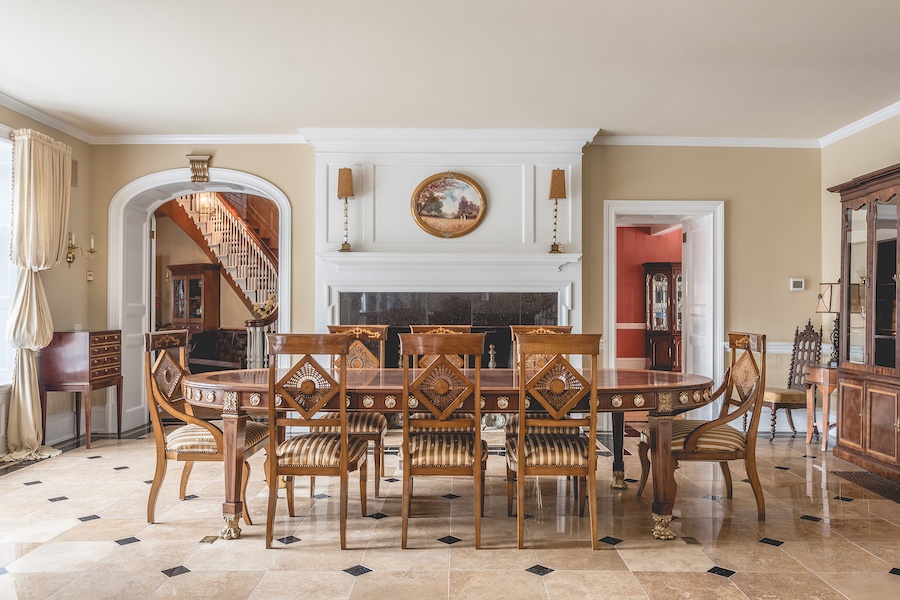 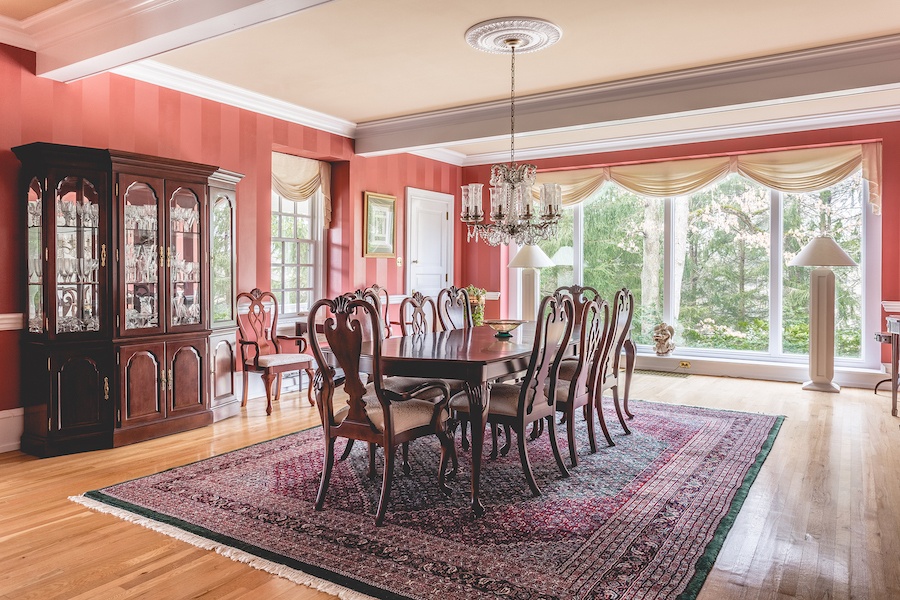 Its pedigree stretches back to 1898, when it was built as the residence of Edward Smith, co-founder of the Philadelphia brokerage house Smith Barney. 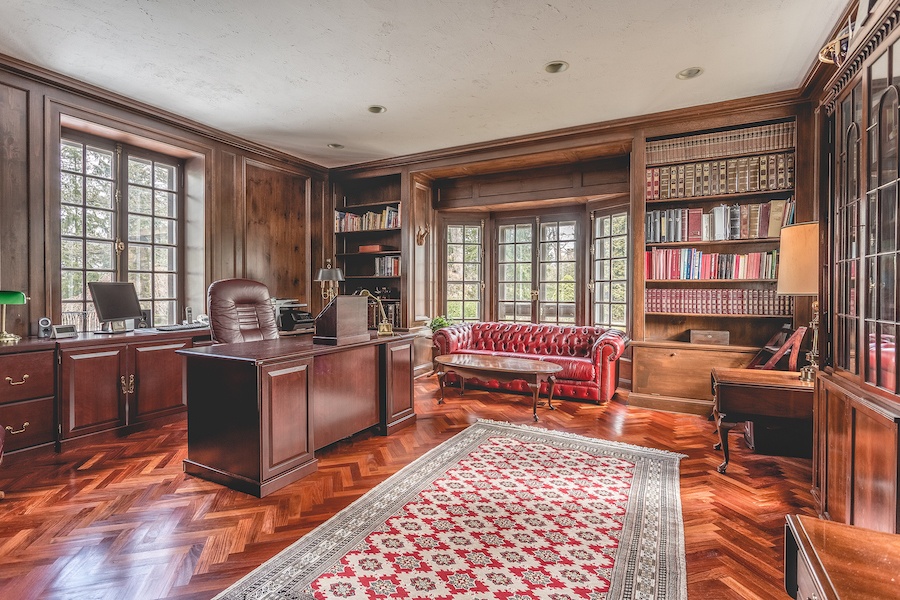 Study, where Edward Smith probably earned some of his money

You may remember its television commercials that featured actor John Houseman intoning that “we make money the old-fashioned way. We earn it.” Well, this is what Smith did with what he earned, as revised and updated by subsequent owners. 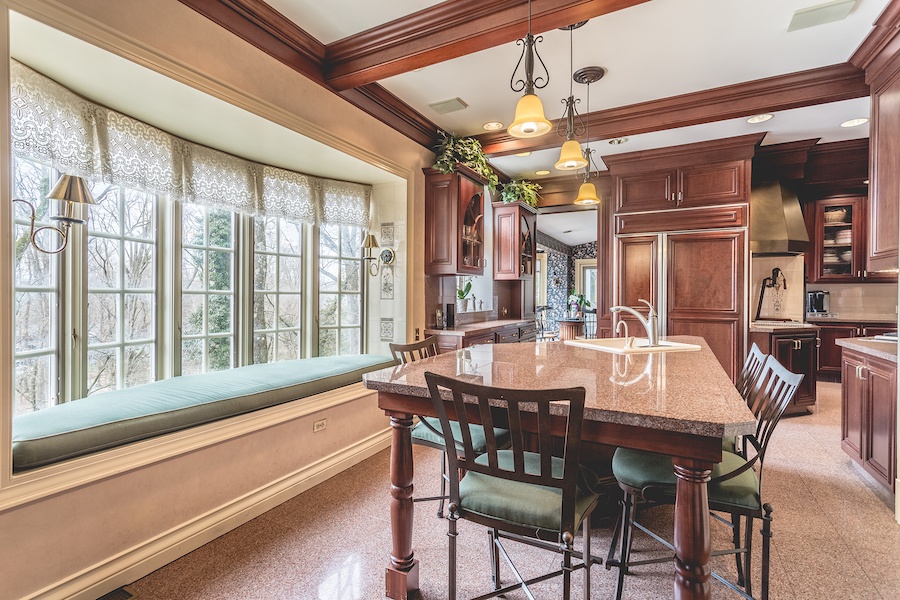 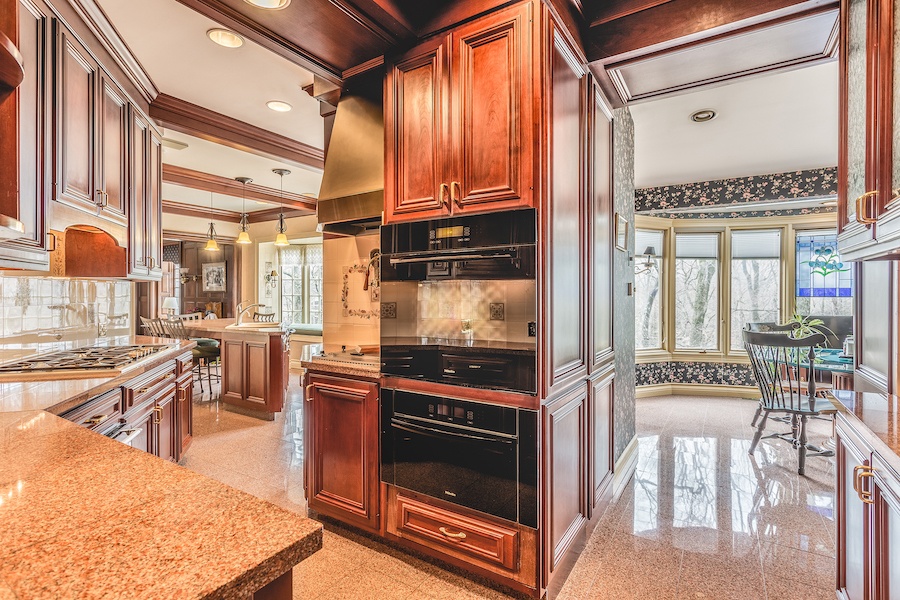 Its current owners have kept it in great shape, as the photos you see here should make clear. They have added such pleasurable features as an indoor hot tub and a large outdoor pool to make this place a year-round entertainer’s delight.

“The scale and the workmanship of this house are amazing,” says Steffens. “It was built at a time when everything was done by hand.” 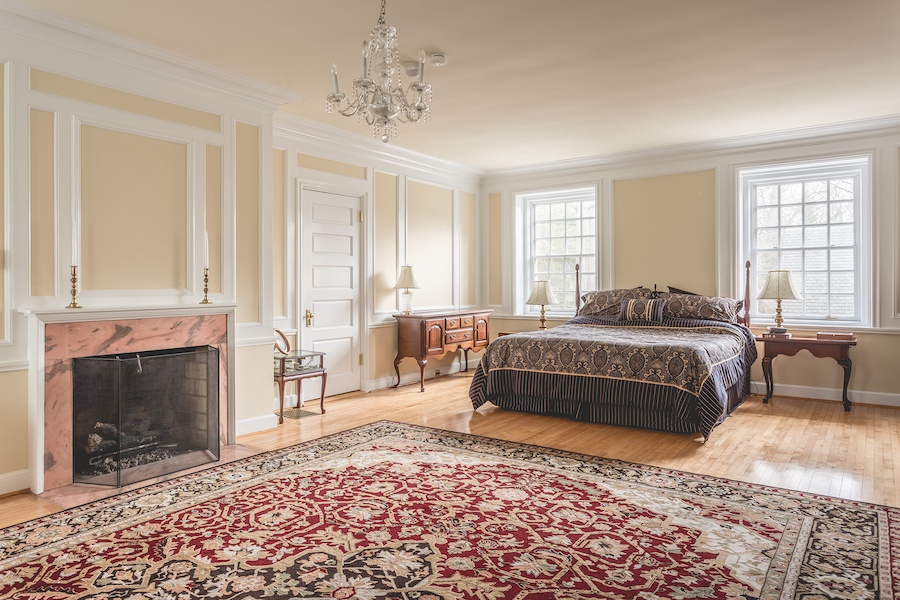 Butler is involved in the sale of this house because its owners have chosen to sell it at a public auction. 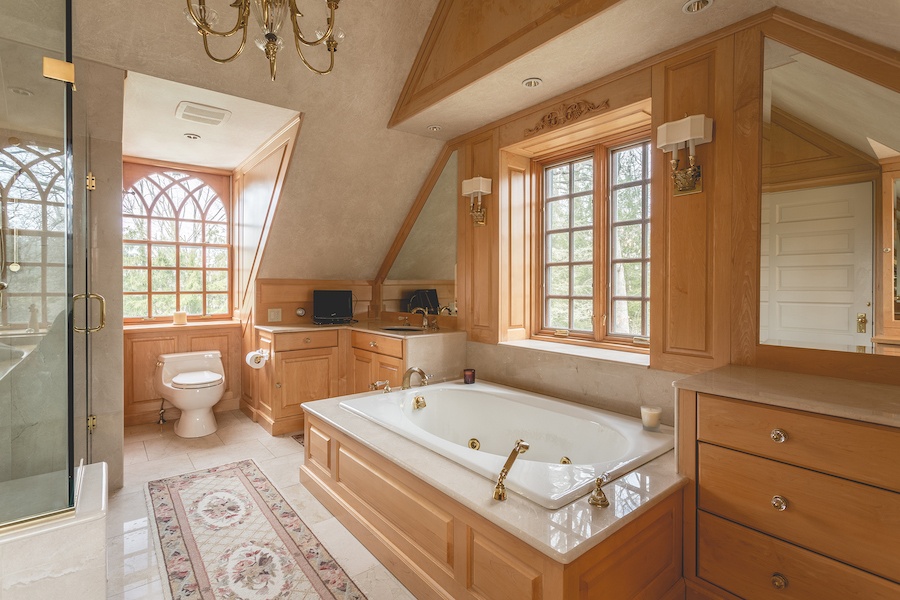 They’re doing it not because they’re in financial or personal distress — “The owners have purchased another house in the area already,” Steffens says. Instead, they’re auctioning it in order to expose it to as many buyers as possible and get a quick, final sale at a good price. 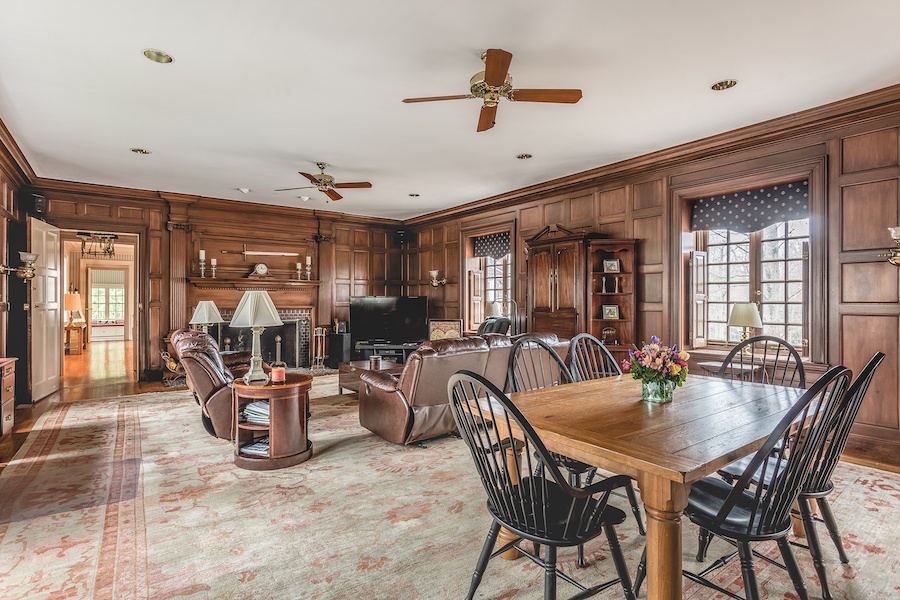 “I listed the property originally at $4.195 million,” says Steffens. “Sixty days into the listing, I wasn’t getting the action I was looking for, so we had to make a change in strategy. We went to Concierge Auctions, which is the best company in the business. They’re marketing it to high-net-worth clients like Wall Street bankers.”

And Chinese multi-millionaires looking to park themselves, their money, or both, at an American address. 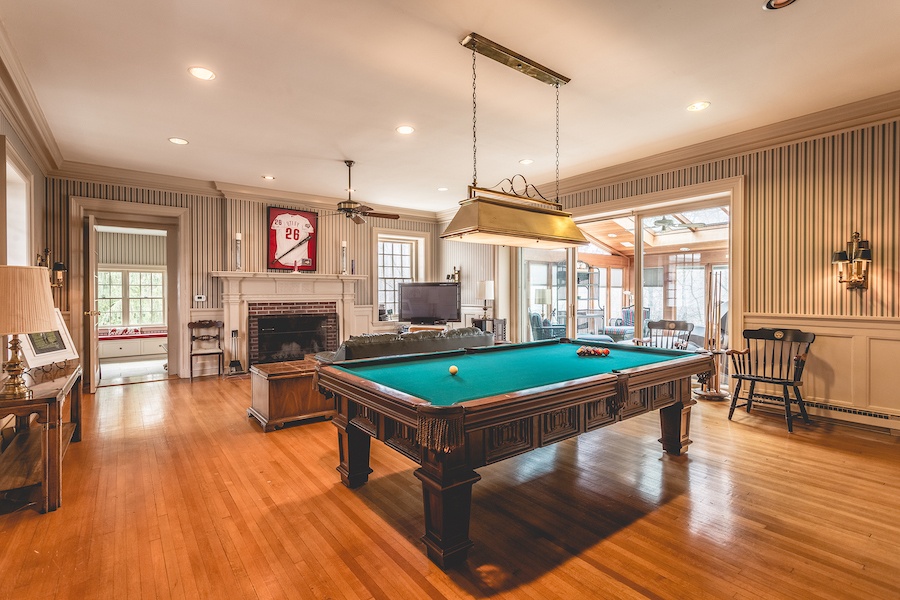 “Thia auction is part of what we’re calling our China sale, where we’re doing strong marketing of [U.S.] properties in China,” says Butler. “There are a lot of Hong Kong nationals who are buying homes in the United States, and we want to get out in front of them before they make a decision.”

(Gee, we wonder why they’re doing that?) 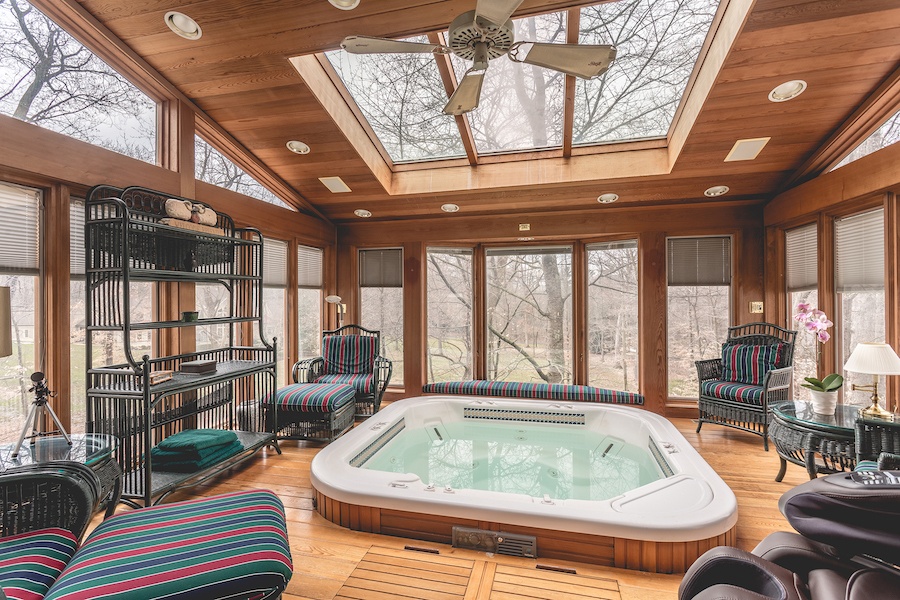 These are clients that very few real estate agents anywhere in the United States could reach effectively. Steffens and Butler are both banking that Concierge’s international connections will bring them to the closing table. (The agent marketing Lynnewood Hall, please copy.) 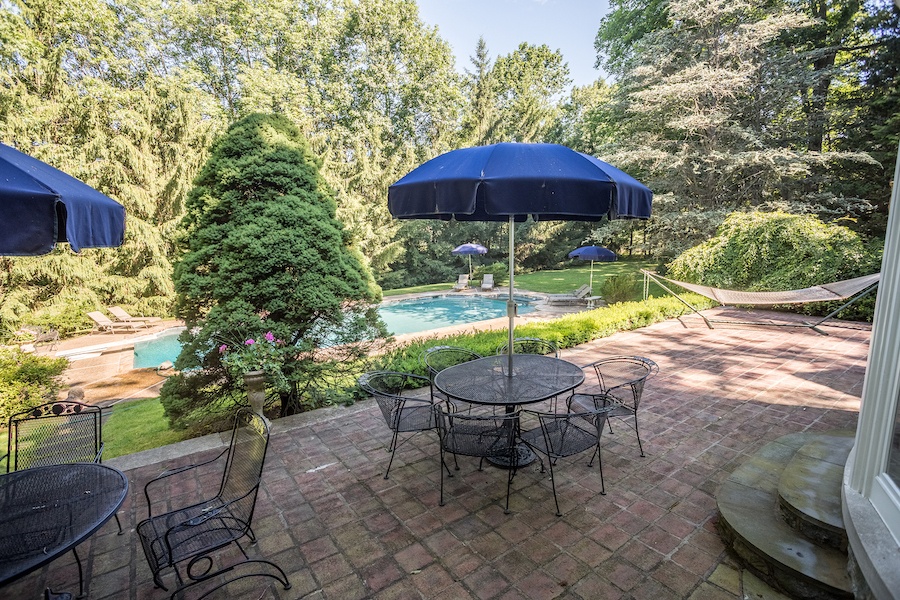 But first, they will have to submit the winning bid at the auction, which begins on Dec. 14th at 5 p.m. Eastern Time. Bids will be accepted online through the evening of Dec. 19th, when the auction concludes with live bidding in Hong Kong, where it will be the middle of the day on Dec. 20th. If you think you’d like to call this house your own, you can submit an opening bid when you register on the site (link and more details below).

SALE PRICE: There is no reserve (minimum) price that must be met for bidding, but the current stated price is $3,760,000.

OTHER STUFF: The winning bidder must pay a buyer’s premium of 12 percent of the sale price (minimum: $175,000) at closing; this represents the auction house’s fee for conducting the auction. The co-broker’s commission is 2.5 percent. As an incentive for buyers to submit competitive bids at the start of the auction, the winning bidder will have the premium rebated on their original bid price if they submit a bid before the auction starts. (Should they win on a higher bid, the premium will still apply to the difference between the initial and final bids.)