On the Market: Colonial Revival Classic in Devon

This house, designed by the architect who restored the Betsy Ross House, has an unusual layout and a bunch of design elements that elevate it above the crowd. 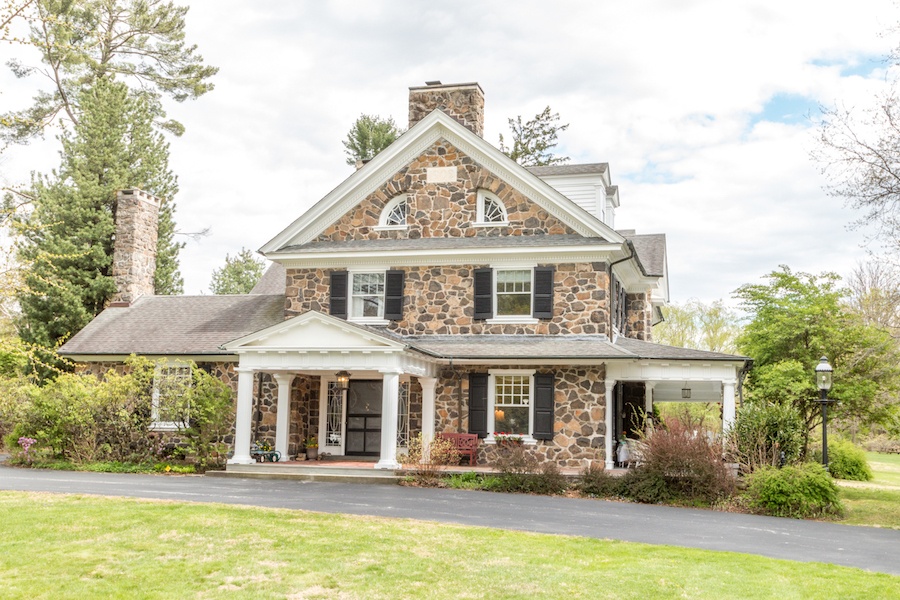 Right around 1900, Colonial architecture enjoyed a huge revival in this area. Some of our best architects produced scores of houses in this timeless and still-popular style all over the Main Line and other tony suburbs.

One of those architects was Richardson Brognard Okie Jr. Born in Camden in 1875, he designed and restored a number of notable early American houses throughout the region. Among his more notable projects: the reconstruction of Pennsbury Manor, William Penn’s home, and his restoration of the Betsy Ross House in Old City.

His original work is just as impressive, as this house for sale in Devon shows. Okie designed this house in 1902, and it’s at once faithful to and a departure from the center-hall Colonial tradition. 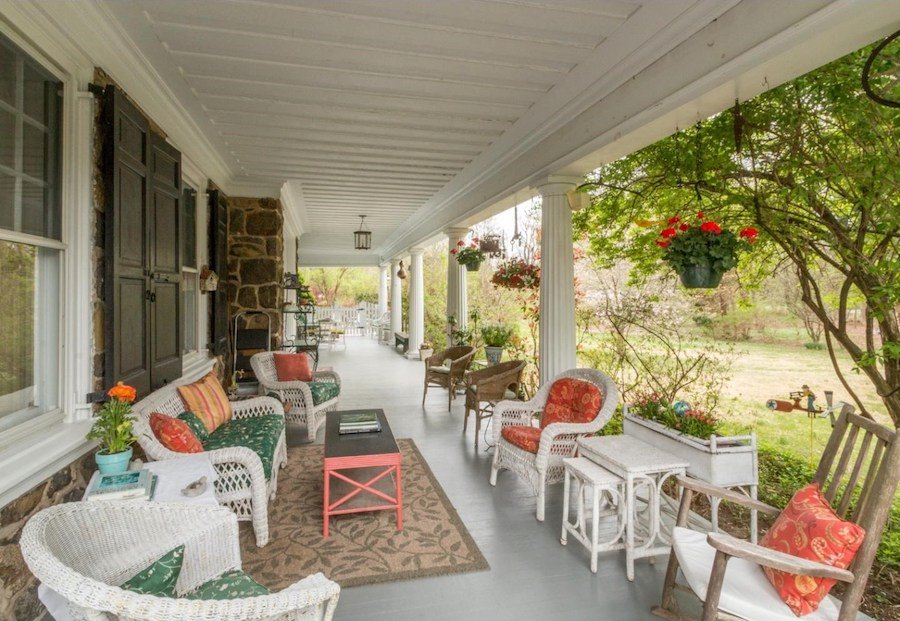 That’s because it’s actually a center-hall Colonial that’s been turned on its side. The “center hall” is actually in one corner of the house’s main wing and the main staircase is against that wing’s back wall. This allowed him to put a splendid full-width porch on the front of the house. 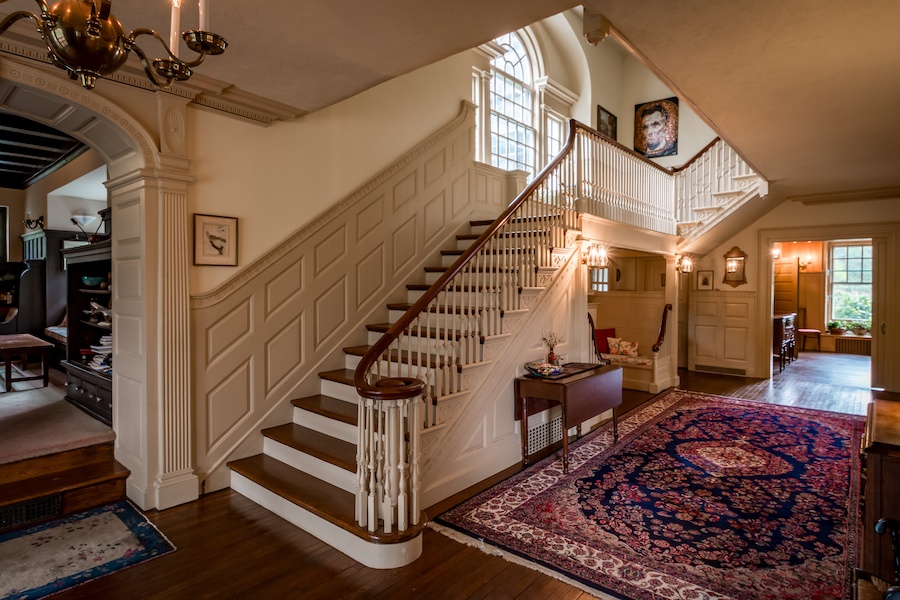 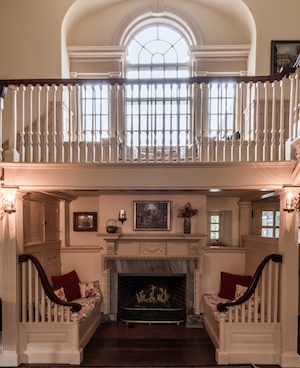 The foyer may look like a center-hall foyer, but that’s only because the library to its left sits in a one-story ell. The huge Palladian window over the stairway landing is halfway up on the left rather than directly across from the Dutch front door.

This design enabled Okie to put an inglenook where the back door usually goes, under the stairs directly below the Palladian window, a cozy and distinctive touch. 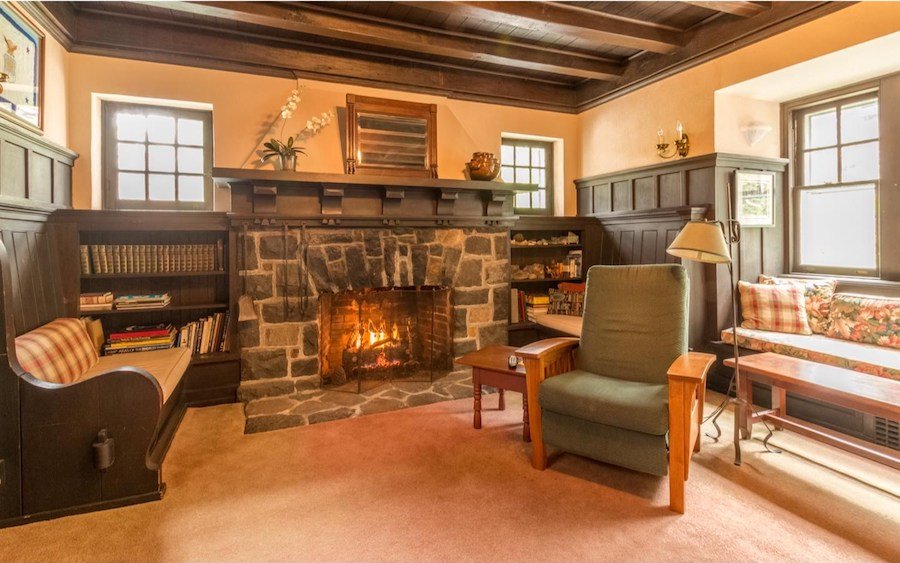 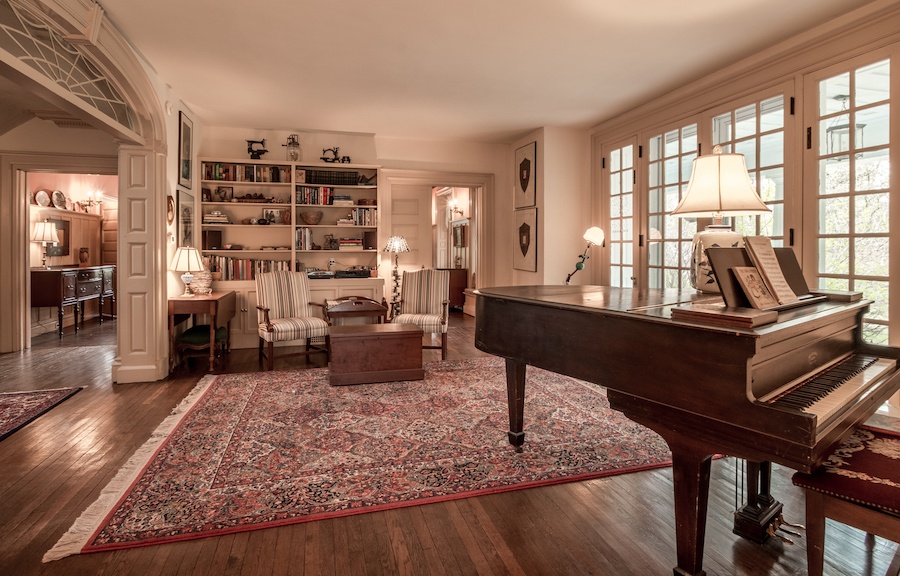 As you peruse the photos, note the level of detailing in the fan windows, wainscoting, crown moldings and fireplace surrounds. Here you see a master of the Colonial Revival style at work. 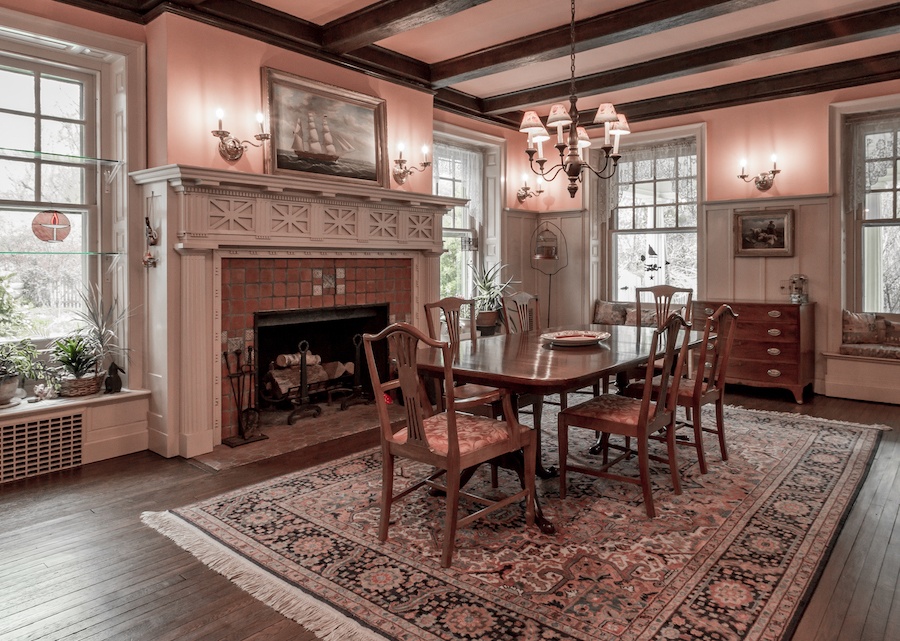 Speaking of fireplaces, this house has four (three gas-fired) on the main floor and two more in upstairs bedrooms. The one in the dining room features Mercer tiles in its hearth. 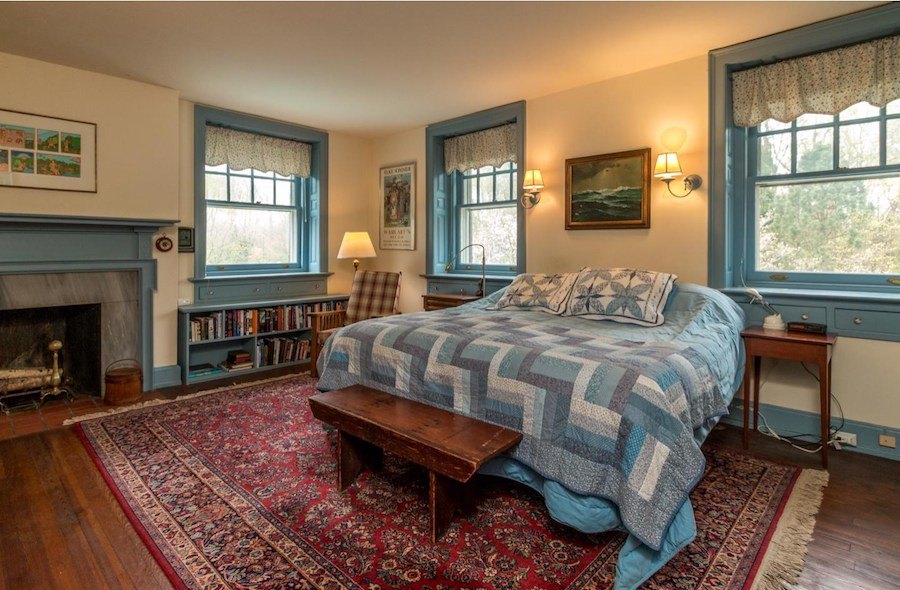 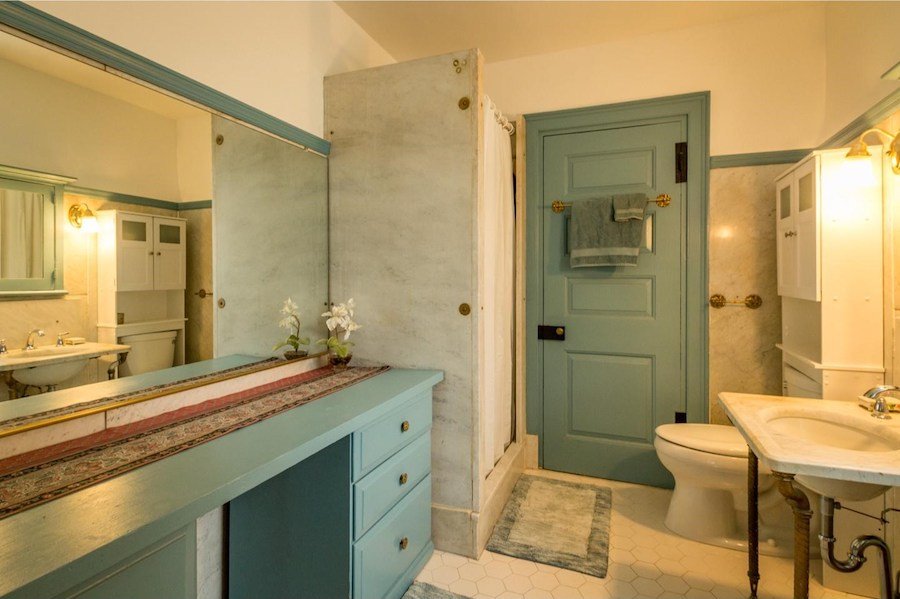 The owners of this house for sale have proven faithful stewards over the 116 years it’s been around. They have even kept much of the original marble in the bathrooms. 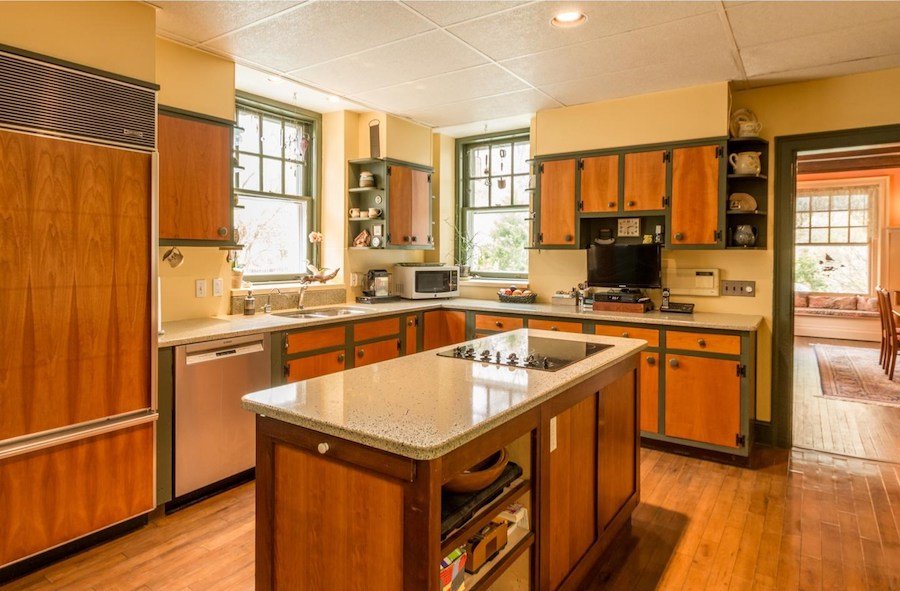 Its kitchen is one of the few rooms that has been updated. It’s in great condition and has distinctive cabinetry. You might want to see if you can remove the dropped ceiling, though.

It also has a feature that was ahead of its time: a first-floor bedroom suite with a separate entrance. This suite is fully accessible and allows for single-floor living. 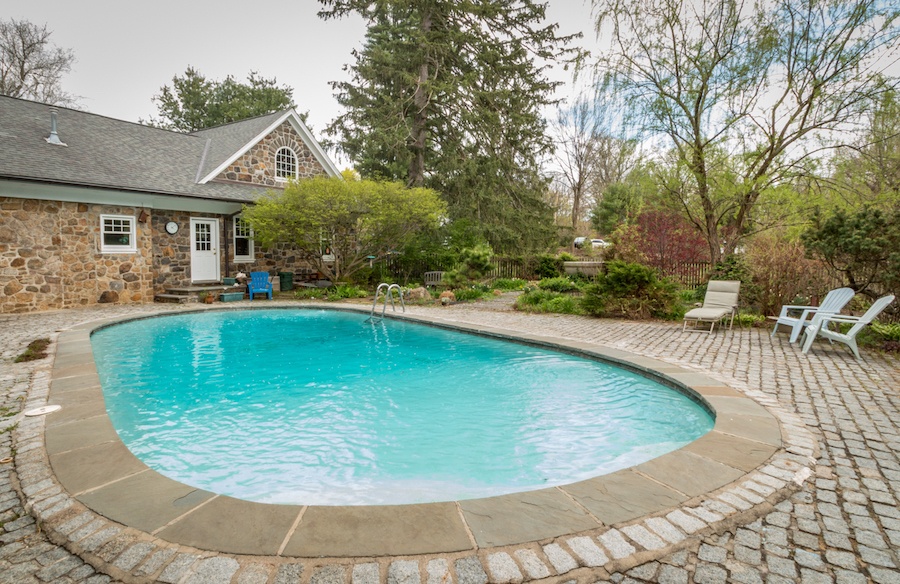 You’ll also find plenty of bonus rooms that can be adapted to suit your needs, including an unfinished space over the two-car attached garage.

This masterpiece is located just a short distance from the center of Devon and its Regional Rail station. It’s also convenient to Wayne’s shops and eateries.

Should you decide to purchase this house, we hope you will continue to take care of it so that it survives intact into its third century.