Built in 1910, this house has been in the Woodwards' hands ever since. It's fitting that a Woodward is marketing the house for sale. 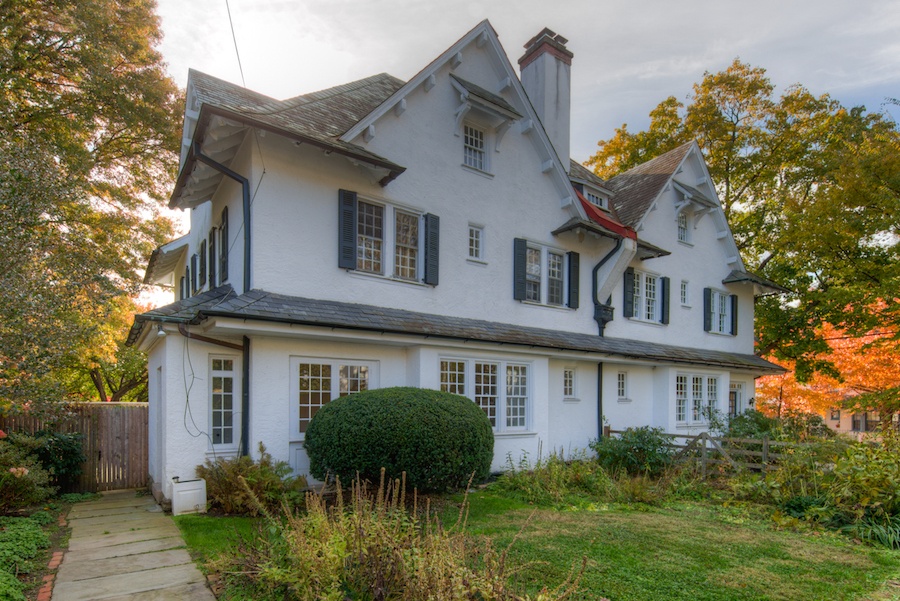 Anyone familiar with Chestnut Hill knows the outsized role George Woodward played in making the community what it is. The hundreds of twin, quad and courtyard houses he built from the early 1900s to the late 1930s still define living in Chestnut Hill today. 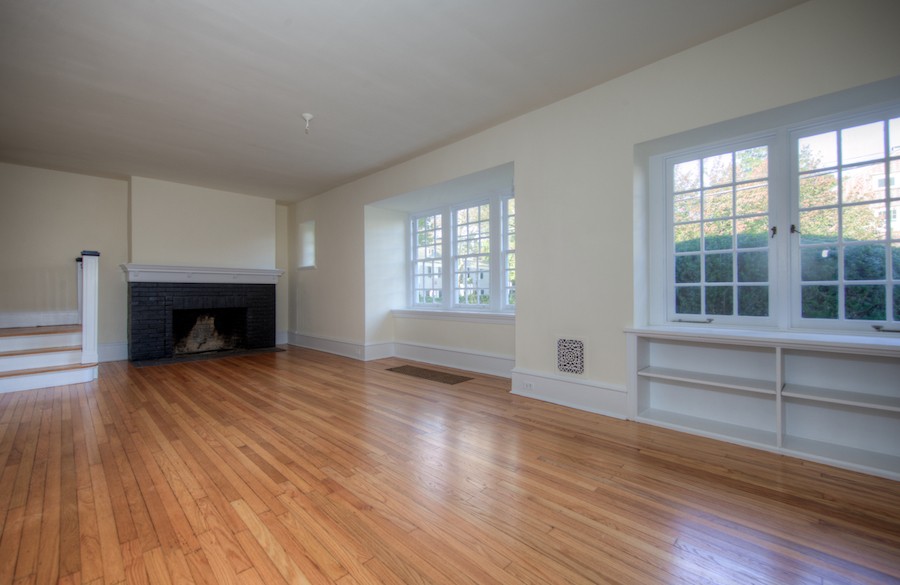 (This article, written on the 100th anniversary of the Woodwards’ Chestnut Hill Community Centre, explains how Woodward came to be Chestnut Hill’s most important developer.) 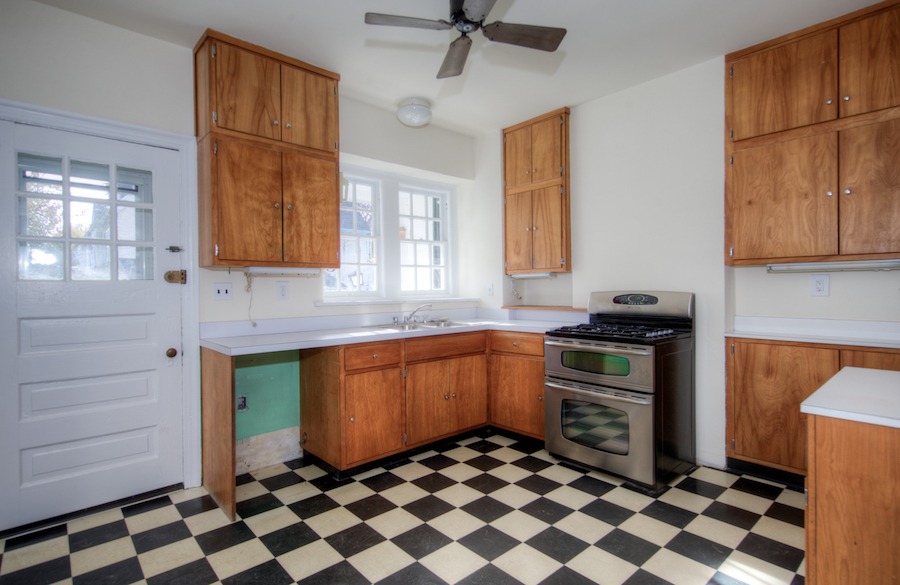 In addition to experimenting with various architectural styles and configurations, one other fact made George Woodward’s house-building operation stand out: His company retained ownership of the land and most of the houses. That gave Woodward’s company a high level of control over the neighborhood’s evolution, something its two corporate descendants enjoy today. 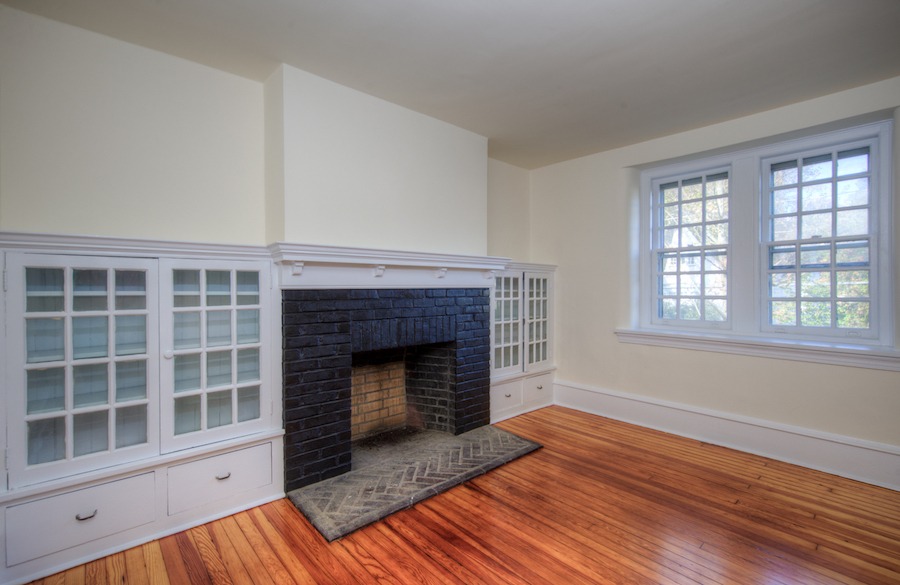 Woodward built this handsome twin on Willow Grove Avenue in 1910. It passed into the hands of the Woodward House Corporation when George Woodward Inc. was split into two firms in 1970. You should be able to tell from the photos here that the Woodwards have taken excellent care of this house. It’s in move-in ready condition and its hardwood floors sparkle. The only major work it needs is updating its kitchen and bathrooms, and until you’re ready to take those projects on, the current ones work fine. (Given its age, however, its systems might also be in need of upgrading. You can learn more from the listing agent.) 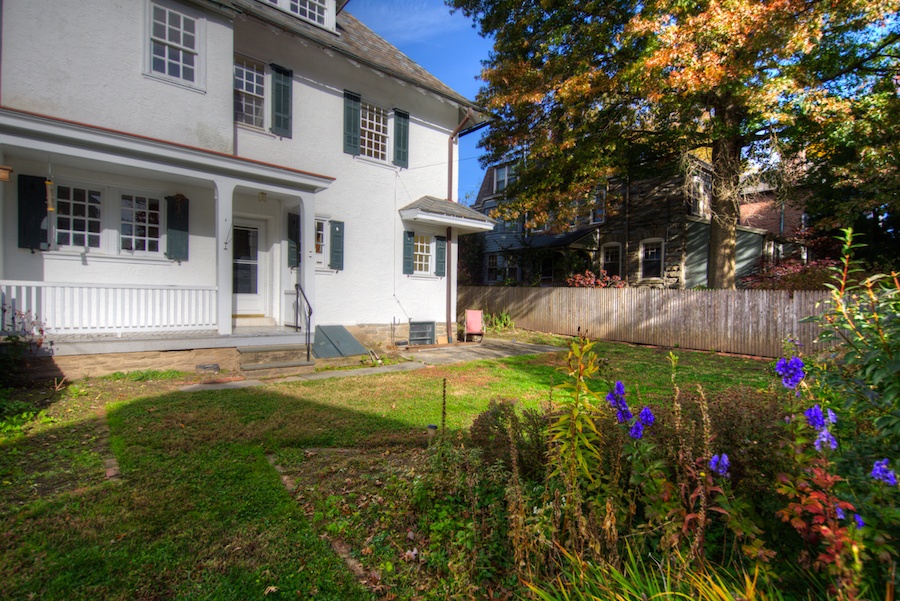 Back porch and yard

What’s more, the co-listing agent is Anna Woodward, wife of current Woodward House Corporation head George Woodward IV. You’re sure to be treated like family throughout the purchase process.

There’s still a waiting list of people who want to live in Woodward houses in Chestnut Hill. You now have a chance to skip that line and own one for a price that’s a steal.