Time Travel in Laverock for $749K 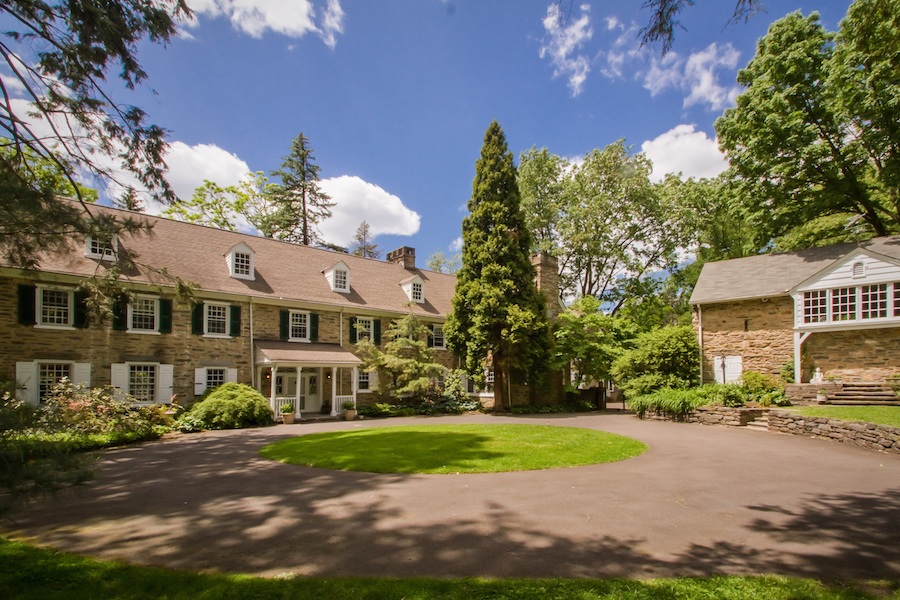 Let’s get one thing straight up front: “Brigadoon” this isn’t. This is no mystical, mythical idyll from the past that emerges from the mists of time every few years or so.

This elegant and spacious center-hall Colonial estate home in Laverock is very much real, and you can see it every day.

Yet there’s something mythical and magical about “The Orchard” too. And that’s by design — specifically, William Chattin Wetherill’s. 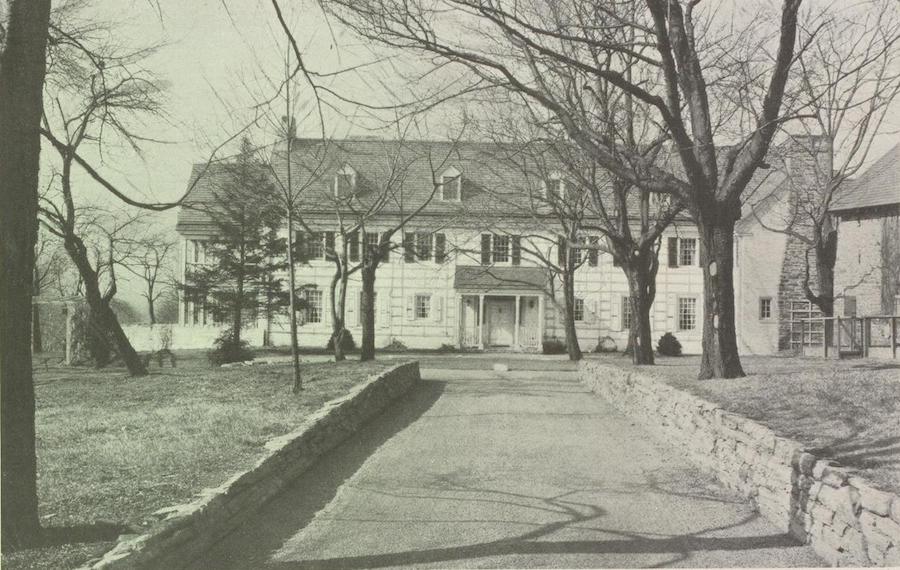 “The Orchard” in 1919, from a feature in Town & Country magazine

The naval engineer and socialite, scion of a family descended from a pioneering chemist, built this home as the centerpiece of a 27-acre estate in Cheltenham Township in 1916. Over the decades since then, the estate itself has been carved into pieces, and homes now surround the grand mansion. (Its carriage house sits on one of the spun-off lots nearby and was itself up for sale two years ago.) 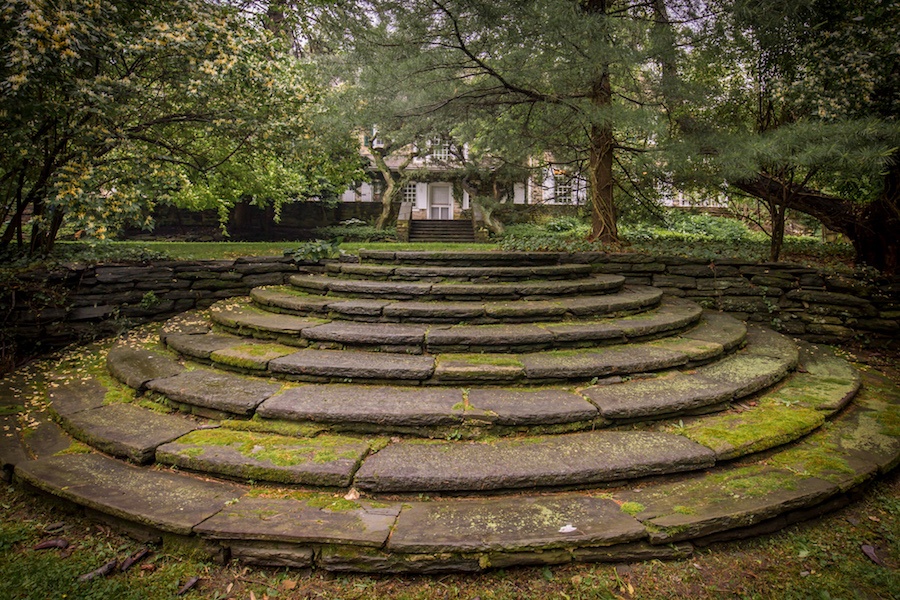 But enough tree-studded acreage remains to make this home a private sylvan retreat from the cares of the world — and the tastes of this century. 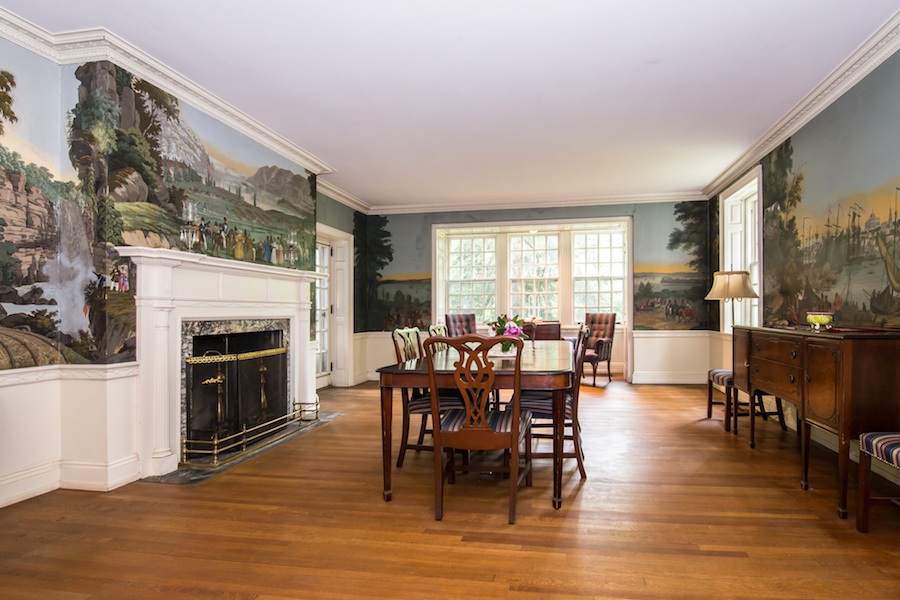 Wetherill took great care to dress this home up in authentic early American attire. The formal dining room, for instance, is decorated with the same wallpaper found in the Diplomatic Reception Room of the White House. 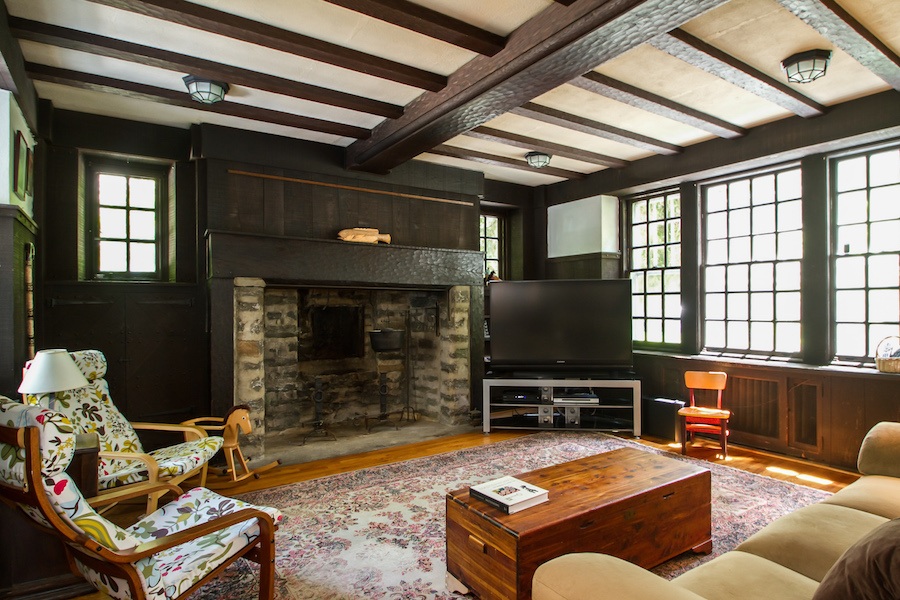 The den recreates an 18th-century hearth kitchen; a remodeling job in the 1950s opened it up to this home’s actual kitchen and an adjacent butler’s pantry today. 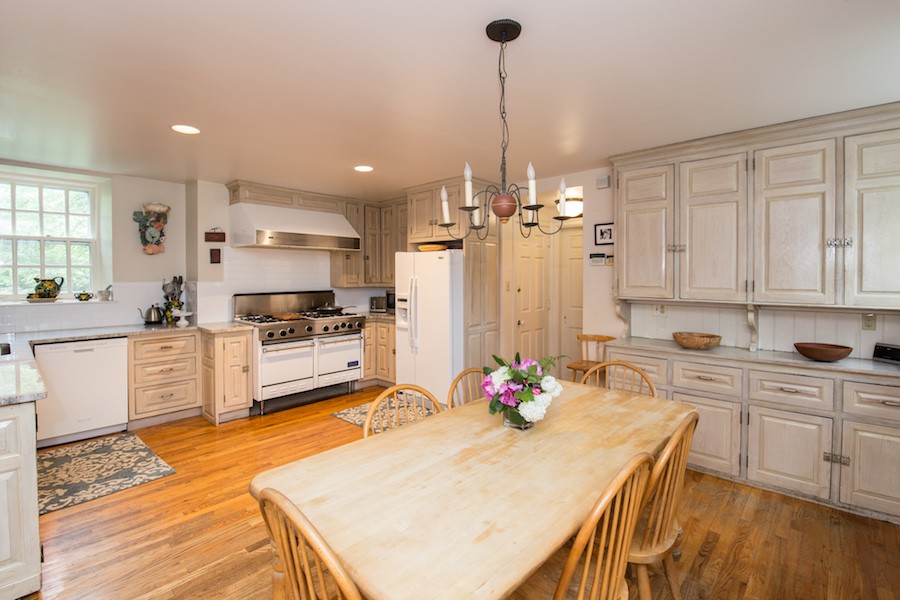 And somewhere in all this is a pipe organ. Or at least its pipes.

“The house is built around a gigantic organ,” says Kathie Daley, one half of the couple who are this home’s current stewards. “That’s all [William] worried about. And his wife did everything else.”

Unfortunately, you can’t play the organ, for its console now lives elsewhere. “The organ was given to charity by George Scaria, who was the second owner of this home,” says Daley’s husband, Richard Sand. (The pair are the third owners of this home. We’ll wager the organ console occupied the space now covered by a wood panel behind the piano in the living-room photo above.)

Locating the organ pipes is only one of the mysteries you might be able to solve once you move in. “There’s a hidden room in here somewhere,” Sand says. 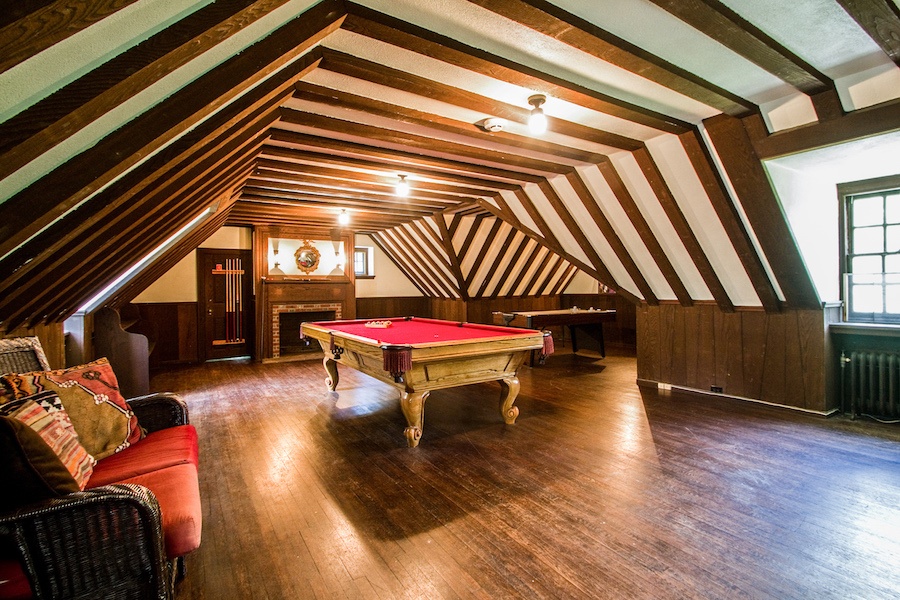 Some of this home’s other original elements have been removed over the years — Daley laments that when its previous owner moved the kitchen to its current location, its large copper sink didn’t move too — but overall, this home remains true to the intentions of its builder.

Daley and Sand are serial stewards of history: before moving to this home, they lived in the Shippen and Esther Lewis House in Germantown’s Awbury Arboretum, and before that, they lived in Lemon Hill, where they got married. “It was a complete fluke,” Daley says. “My roommate from college and I answered an ad, and [the Colonial Dames of America, who ran the home as a museum from 1957 to 2016] wanted someone who would guarantee to be there for security purposes.” 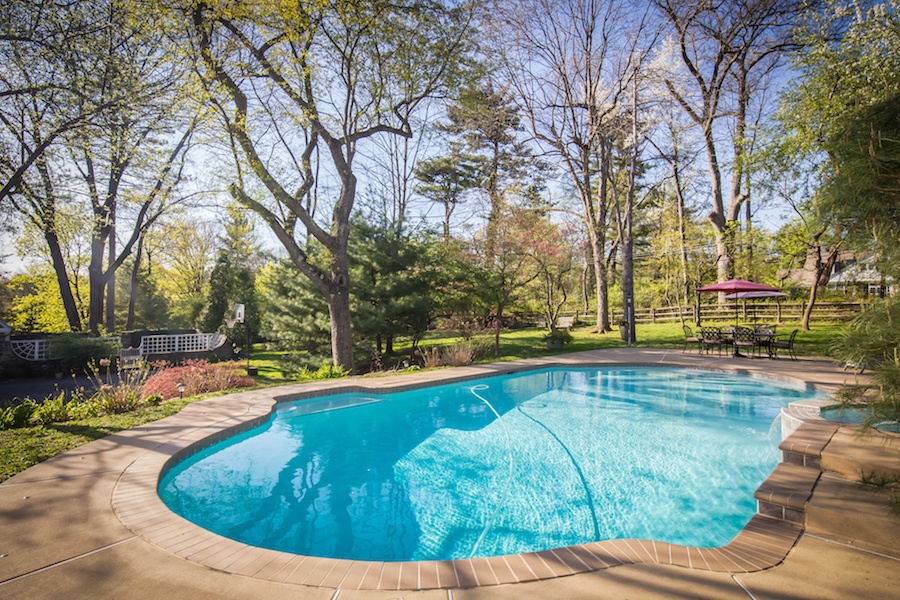 They’re hoping someone with a similar interest in stewardship will succeed them as the resident caretaker of this piece of Philadelphia history.

BEDS: 7, including a 2-bedroom in-law suite with its own separate entrance

OTHER STUFF: A separate two-car garage also includes a home gym, and if you’re so inclined, you can grow crops and raise small farm animals on the grounds as Daley and Sand do. There’s also a heated pool in the backyard.