Beautiful Music in Rittenhouse for $2.275M

No need to cue the violins for this magnificent home: Its owners have turned it into a showcase for 21st-century living by preserving its 19th-century essence. 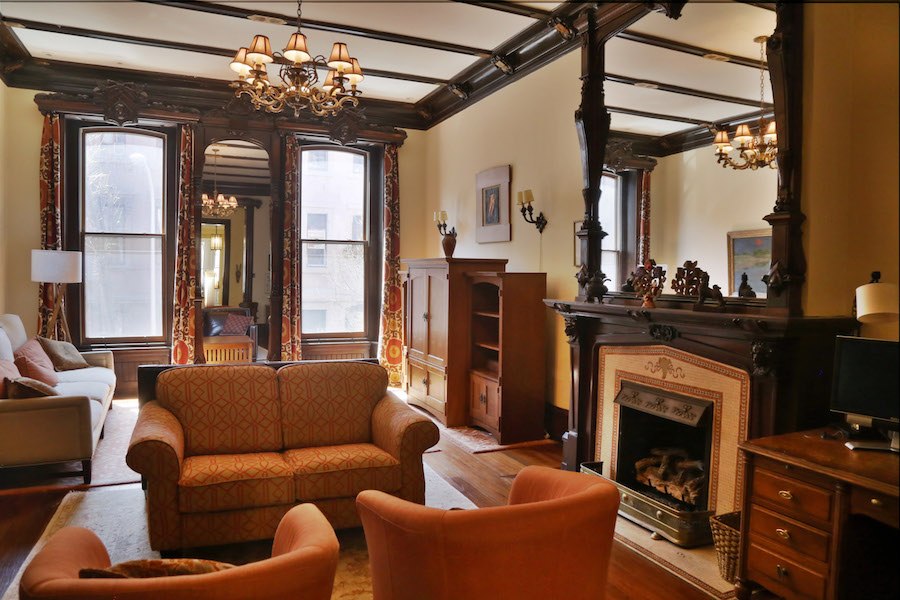 There seems to be something about this unassuming 1860 townhome that brings out the artistic impulse in people. 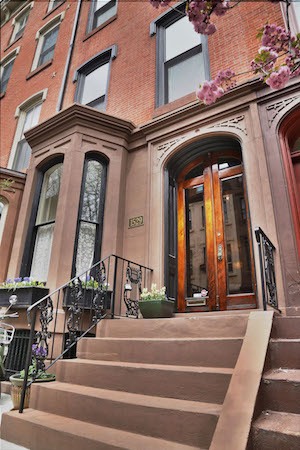 It’s had its share of non-artistic notables, to be sure: William Robert White, head of the Robesonia Coal & Iron Company, lived here from 1902 until his death in 1916, and noted Thomas Jefferson University surgeon John Da Costa called this place home in the 1920s.

But music and musicians keep popping up in this home’s history. We’re sure it was one of the musically inclined owners who installed the lyre-pattern railing on the front entrance stairs. Those owners include the Bernard Morgan Music School and Philadelphia Institute of Music from the 1940s until 1960, the Magnasound recording studio in the mid-1960s, and Fred Oster Vintage Instruments, which occupied it from 1983 until at least 1993. 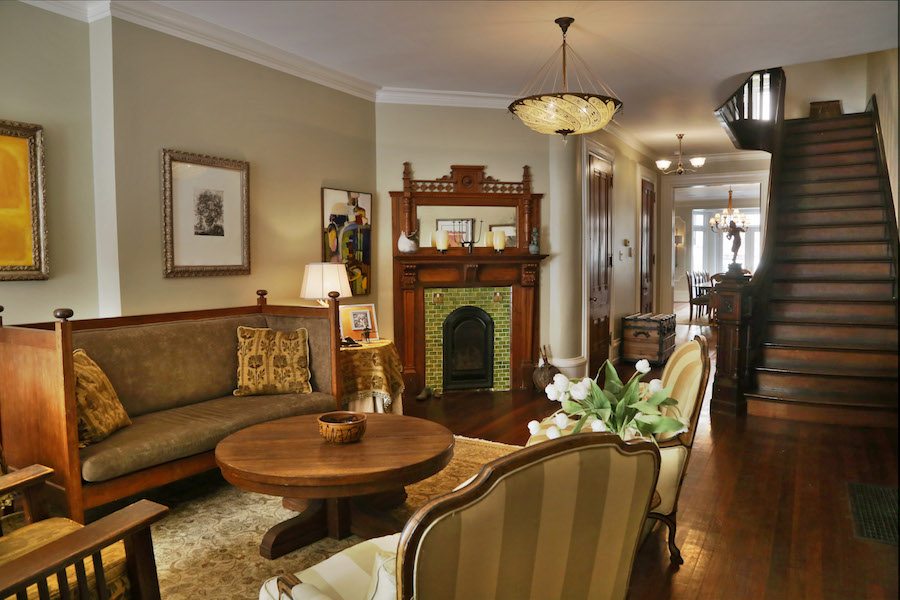 We don’t know what its current owners do for a living, but they were certainly artistically inspired when they set about renewing this home’s more exuberant interior. 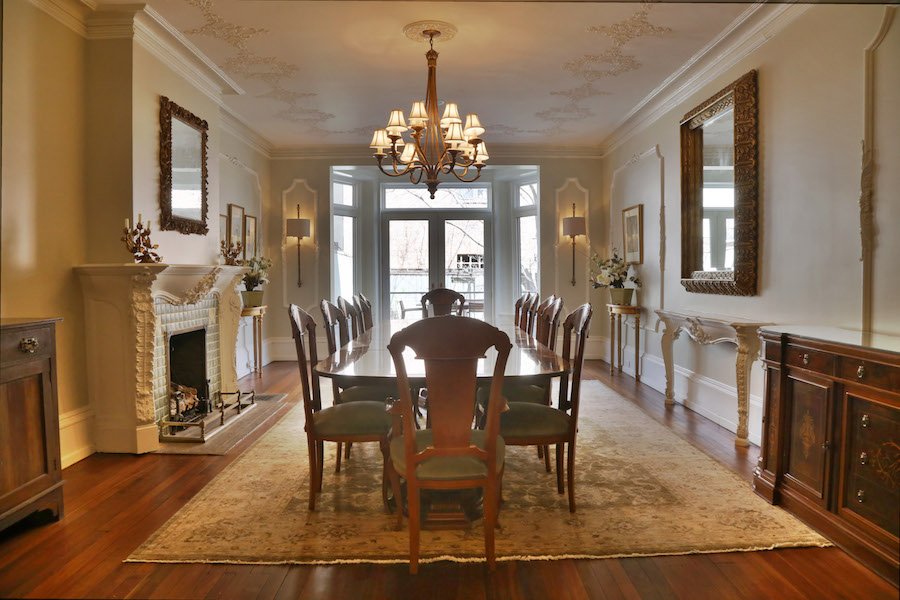 From bottom to top, their 2012 makeover took this home’s elegant interiors and made them better than new. Besides preserving the intricate tile, wood and plaster work, the violinist sculpture that punctuates the interior stair railing, the coffered ceiling in the family room, the built-in Victorian Eastlake china cabinet in the second-floor stair hall and other 19th-century details, the owners added a number of totally modern elements that nonetheless invoke earlier times. 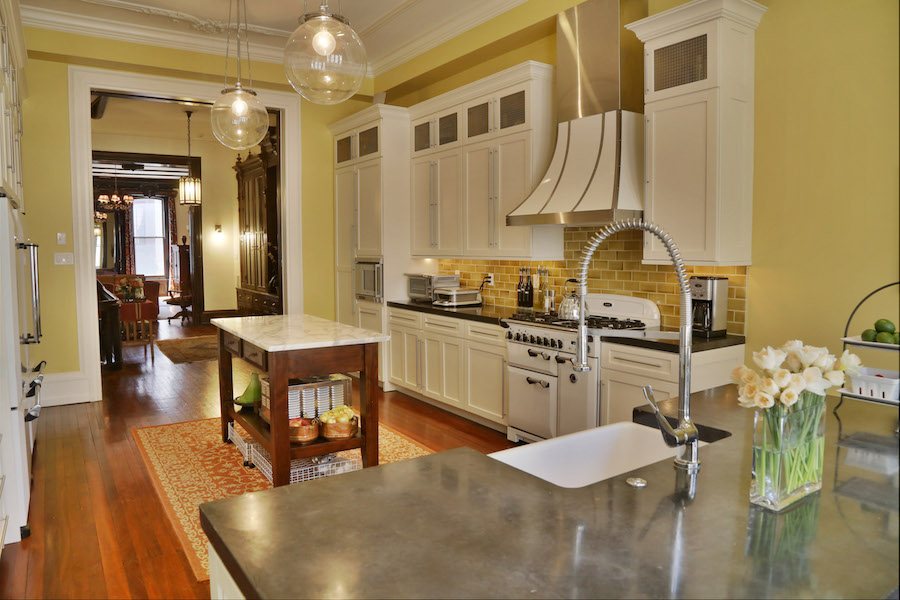 Take the kitchen, for instance: that’s not a vintage 1940s gas range you see in this picture but a new AGA gas range in the style of 1940s appliances. Two AGA Marvel refrigerators in identical style complete the look, while a quiet Bosch dishwasher hides behind the retro-style cabinetry. 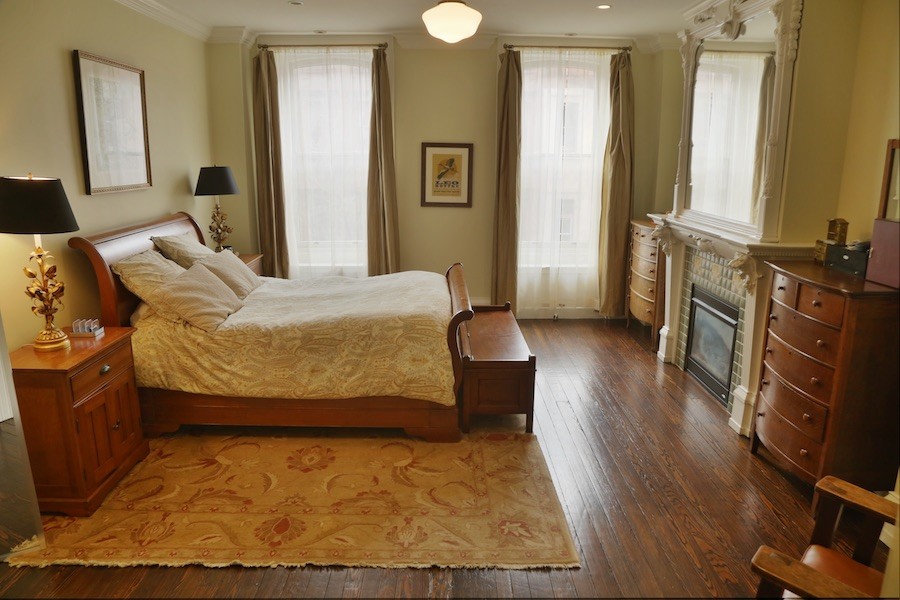 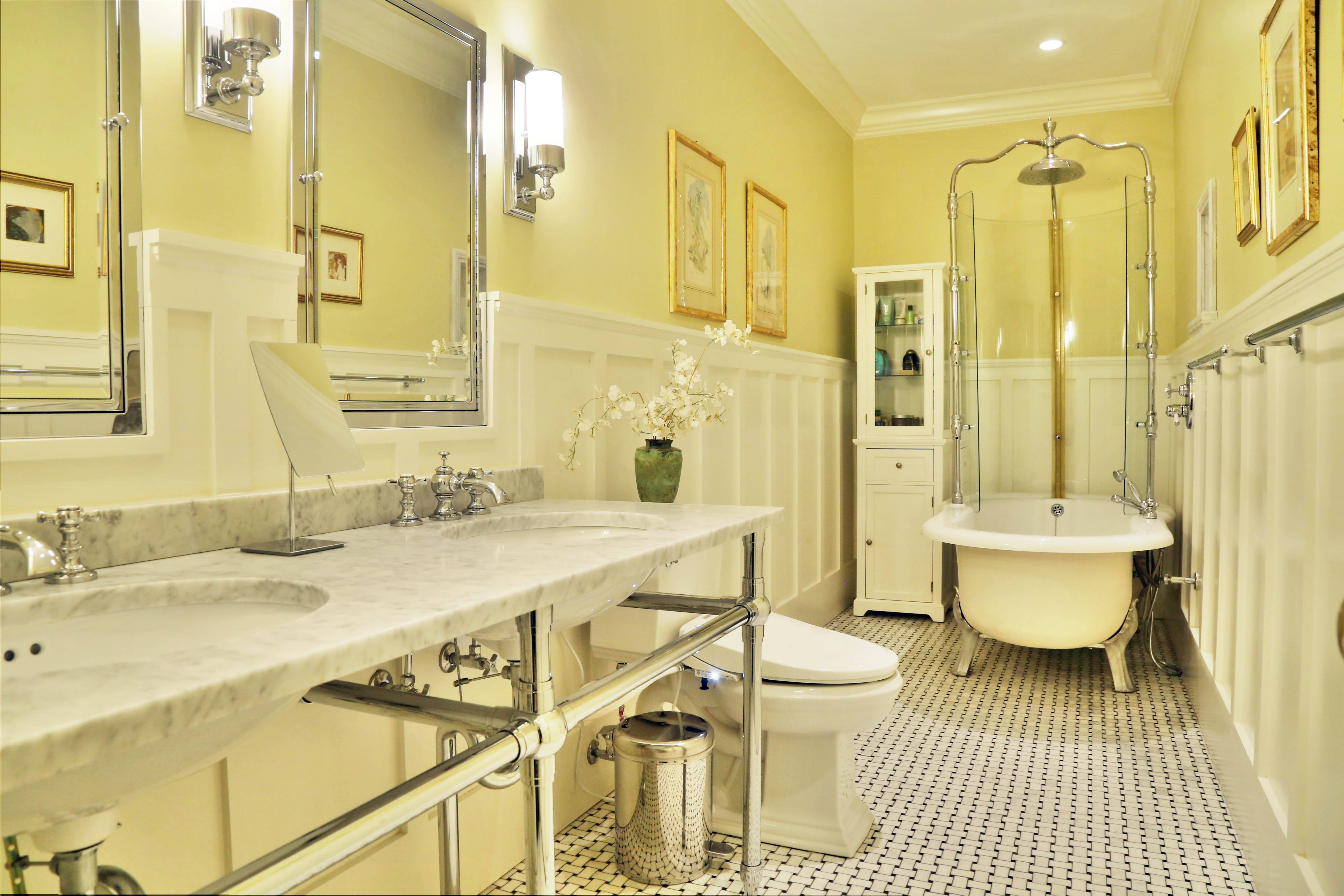 In the master suite’s bathroom you’ll find another original fixture that combines modern comfort with throwback design — a classic clawfoot tub that incorporates a circular shower enclosure with rain shower head at one end.

We were particularly taken by the more contemporary dandelion light fixture in one of this home’s three other bedrooms. It adds a dash of whimsy to the room’s understated elegance. (Each of those other bedrooms has its own en-suite bathroom, by the way.) 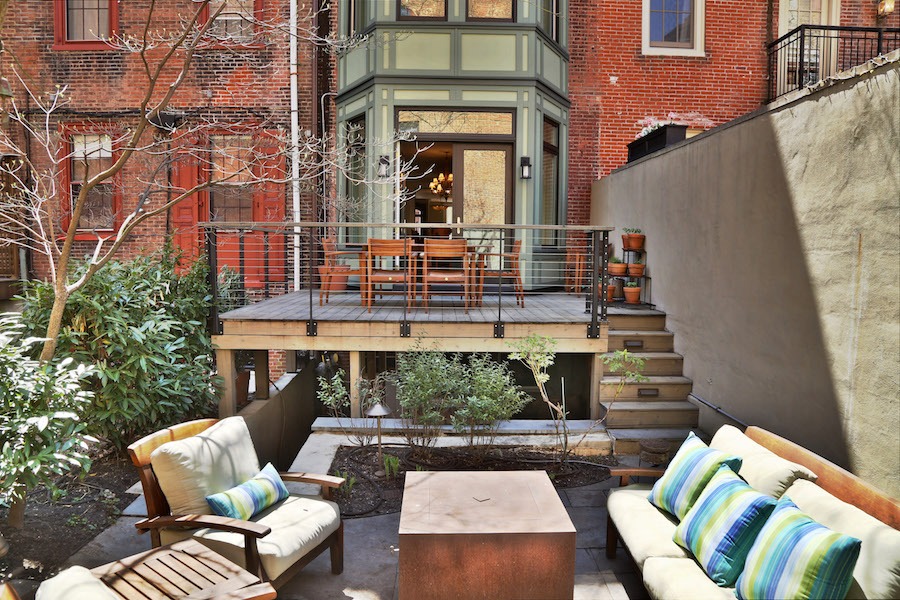 An all-new high-efficiency climate control system keeps things comfortable inside. Outside, a three-level rear terrace with lush landscaping provides a comfortable environment for your outdoor pleasure. The third terrace is below the top deck and connects to a finished basement bonus room in what used to be the home’s kitchen. 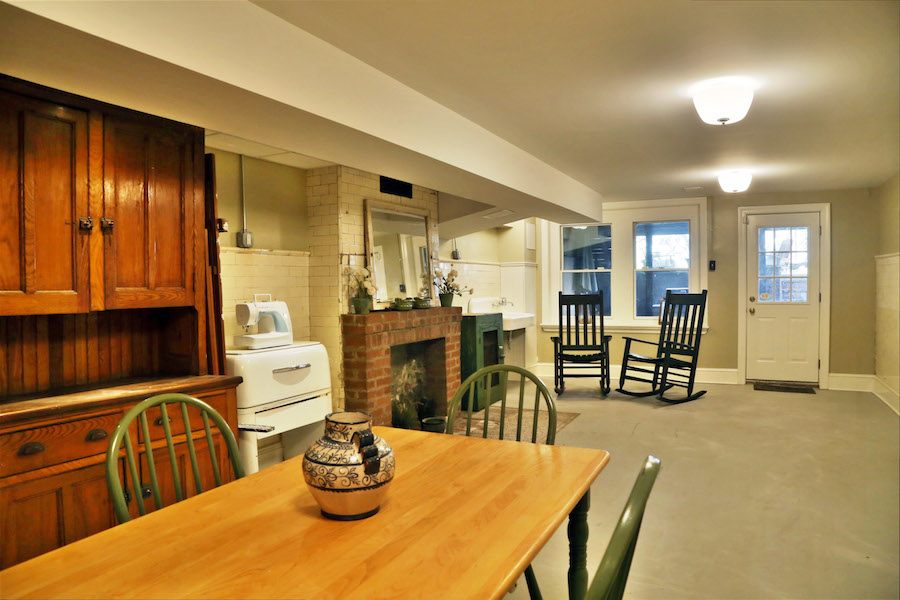 Those rear terraces are so inviting and cool that you might never want to stroll over to nearby Rittenhouse Square, but that would be a mistake. Why wouldn’t you want to enjoy the city’s public outdoor living room and the restaurants and shops that surround it every now and then?

You should come take a look at this place. It and you can make beautiful music together.

OTHER STUFF: You can see this work of art at a midweek open house tomorrow (Wednesday, May 16th) from 6 to 7 p.m.