A President’s House in Rittenhouse for $2.895M

This 1860s brownstone on Spruce Street has two connections to Penn: The university president who lived in it and the architect who built an addition behind it. 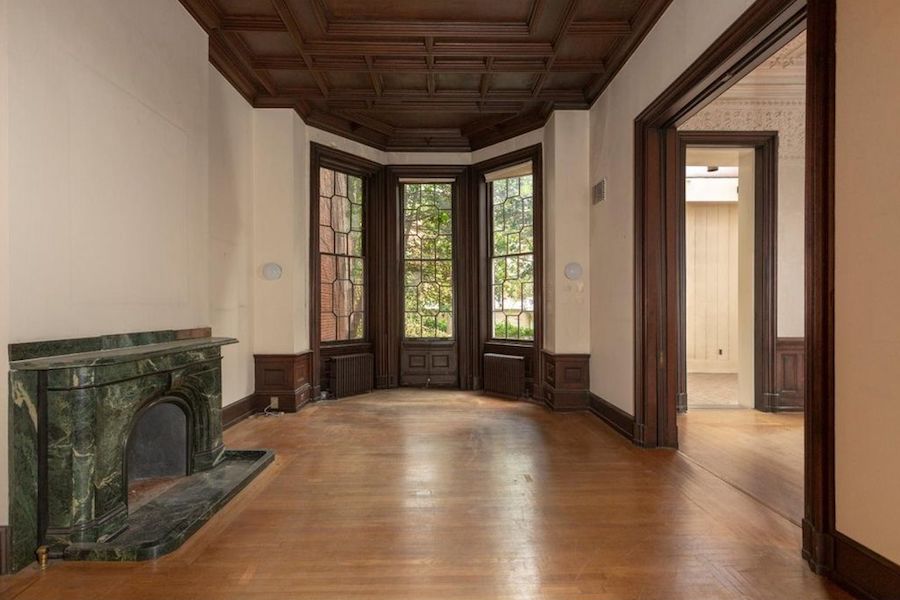 Before the University of Pennsylvania turned Horace Trumbauer’s 1907 mansion for cigar baron Otto Eisenlohr back into a mansion in 1980, its presidents lived wherever they could find a suitable residence. 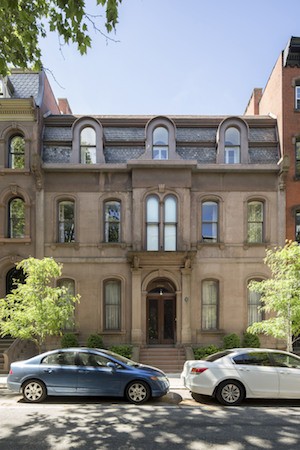 The last Penn president to live off campus, Martin Meyerson, found a most suitable one in this 1865 brownstone on an extra-wide lot on Spruce Street just a few blocks from Rittenhouse Square. When he assumed the presidency of Penn in 1970, he hired noted architect Louis I. Kahn, who taught at Penn’s Graduate School of Fine Arts (now School of Design), to build an addition onto the rear of the original Samuel Sloan structure.

That addition contains a glass-walled sun room and a double kitchen designed to handle large events. 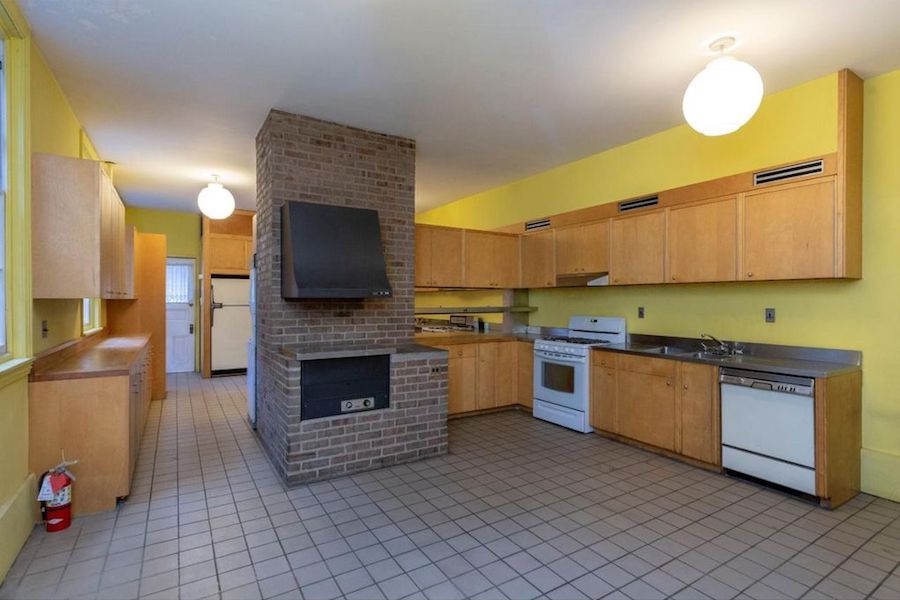 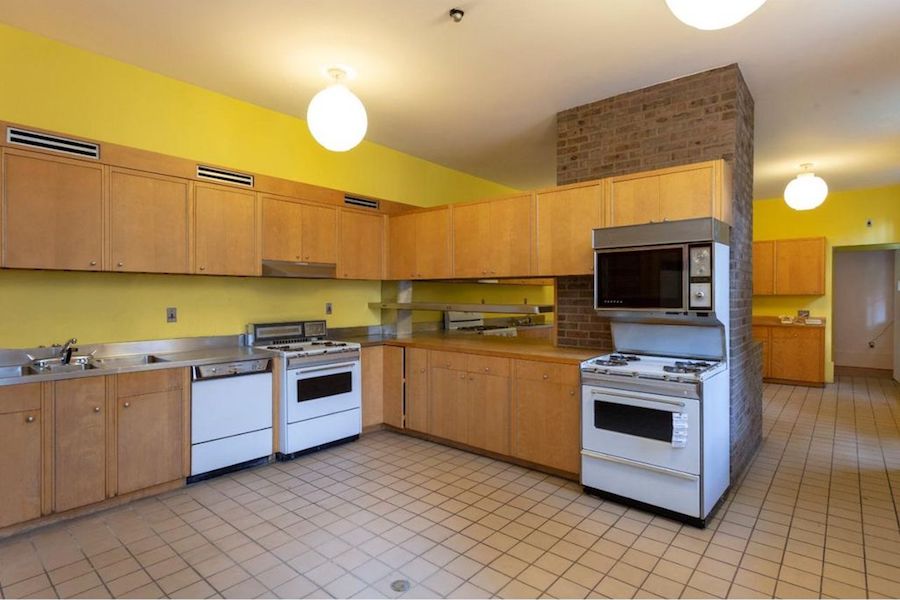 These rooms’ clean lines stand in sharp contrast to the elaborate detailing of the rooms in the original home. 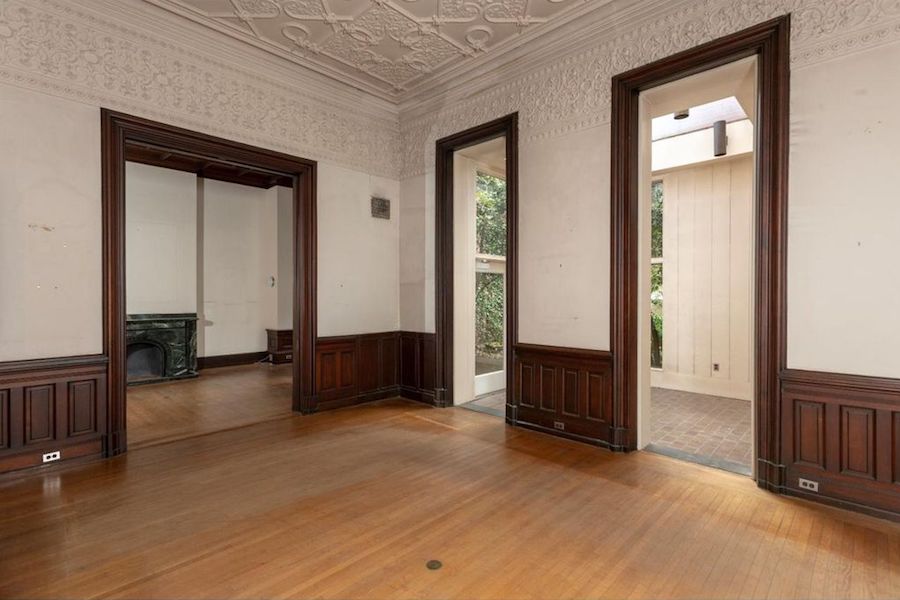 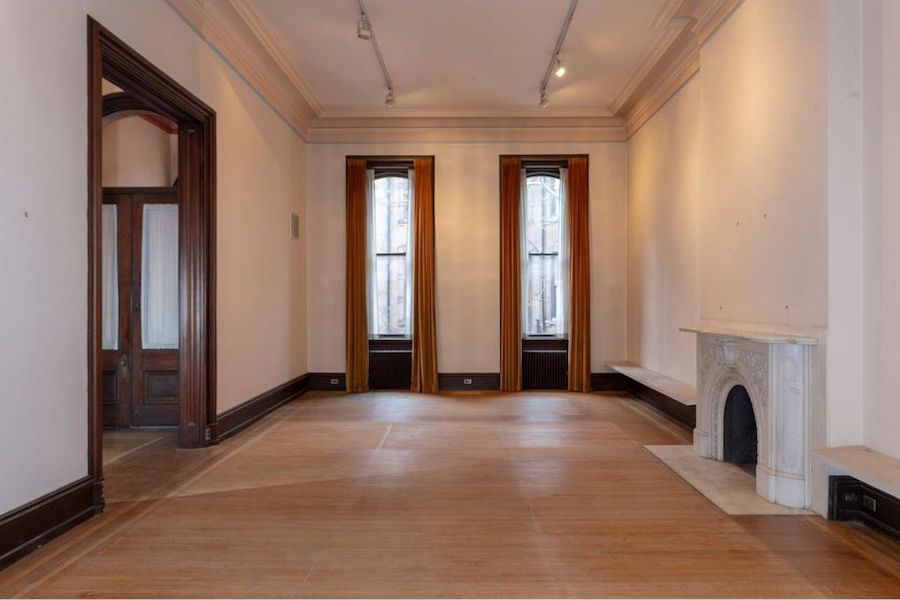 There are four of them on each of its three floors. All have hardwood floors and fireplaces; most of the fireplaces have marble mantles. The rooms on the main floor stand out for their 15-foot-high ceilings, crown moldings and elaborate trim, including a coffered ceiling in one room and “wedding cake” plaster ceiling and wall trim in another. 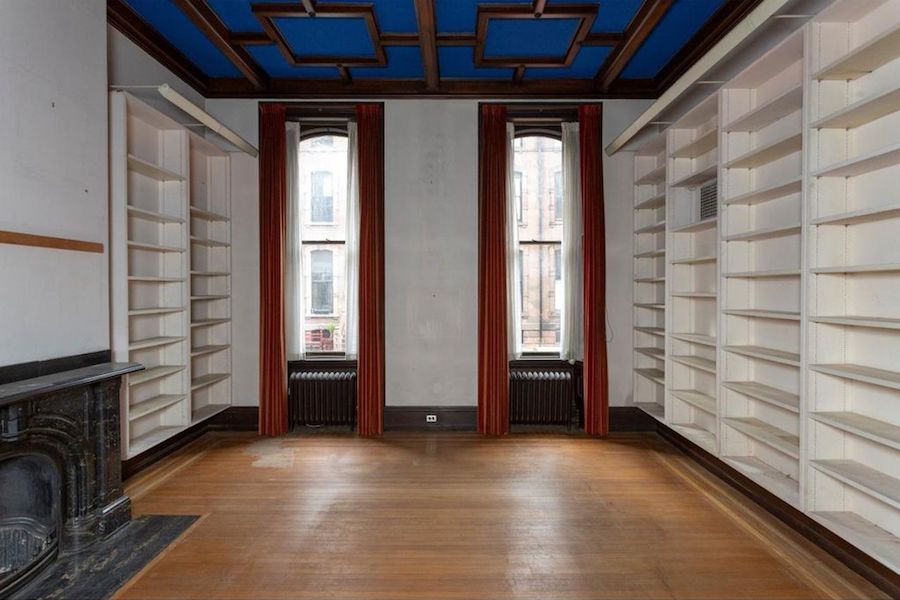 Some of the rooms bear Kahn’s stamp in the form of added bookcases. 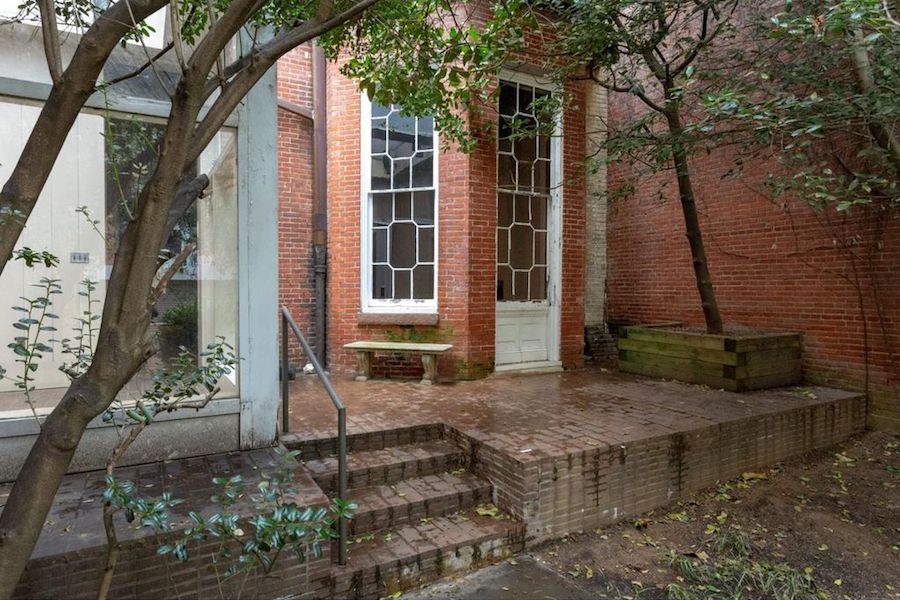 Rear terrace, with sunroom at left

The years have taken their toll on the rooms in this home, but all of them are in fundamentally good condition. The kitchen can be reconfigured and upgraded to handle a horde even better with professional-grade appliances, and the floors, walls and trim need only minor refurbishing in order to restore their 19th-century luster. 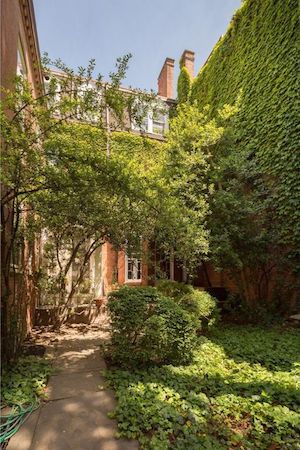 A half-level over the kitchen contains laundry facilities, a ninth bedroom and a bathroom.

In back you’ll find a lush garden that backs onto an off-street parking for three cars. But with so many shopping and dining options close at hand, including the square itself, you may be keeping those cars cooped up for most of the time. That’s even true if, like Meyerson, you work at Penn, for the campus is a pleasant walk over any of several Schuylkill River bridges.

OTHER STUFF: Ever wanted your home to appear in our pages? The agent all but dares you to go ahead and make our day: “With so much detail intact and room sizes that rival any in the city’s grandest 19th-century properties, this is an opportunity to create a magazine-worthy residence along one of Philadelphia’s most consistent and picturesque streetscapes.” You know where to send the photos when you’re done.