A Condo of Good Repute in Rittenhouse for $365K

If only the walls of this nicely renovated condo in a historic Rittenhouse Square building could talk. But its owner did a good job filling in. 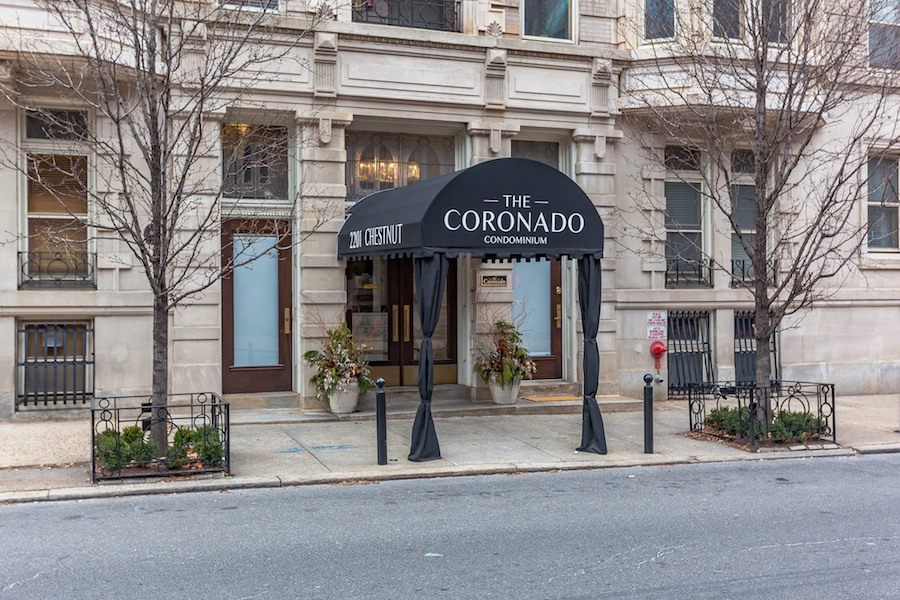 “Do people throw pebbles at your windows?”

That was what graphic designer Patty Tawadros’ mother said to her when Patty told her about the history of the first-floor apartment she now uses as an office in the Coronado at 22nd and Chestnut streets.

“I don’t know a ton about it,” Tawadros said about her apartment’s past in an interview. But she knew enough to intrigue at least one real estate writer.

When the developers who rehabilitated the Coronado sold Tawadros the unit that would become her home, she said, “it was unfinished. It was cheap linoleum floors and closed-off little rooms. It was weird.

“And my mom says to me, ‘Why don’t you knock out these walls in the front?’ It must have been a third room. And then it had a “we support the police” sticker in the window. So I bought it and renovated it. 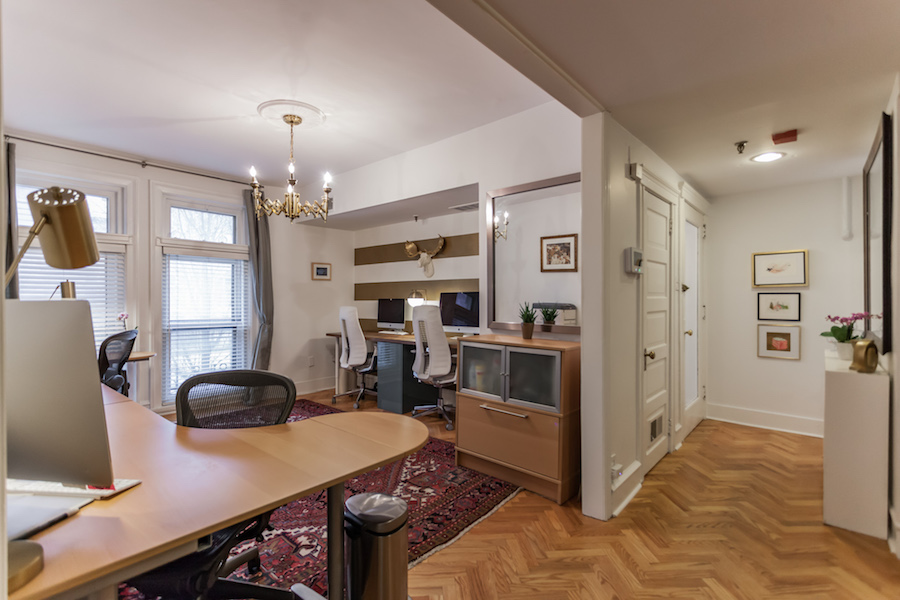 Sometime after she turned the space into a home, she continued, “one of my friends was working at a museum, and they had a fundraiser, and the developers came into the museum. And they tell her that they did the Coronado, and she said, ‘Oh, my friend lives there.’ And they say, ‘Oh, what unit?’ And she said, ‘Oh, the one on the outside, 104.’

“And one of them said, ‘I’m gonna email you later.’ So they sent her an email later that said, ‘When we bought the building, we discovered that that unit was being used as a brothel. And the only person who was sad to see it go was the doorman.'” 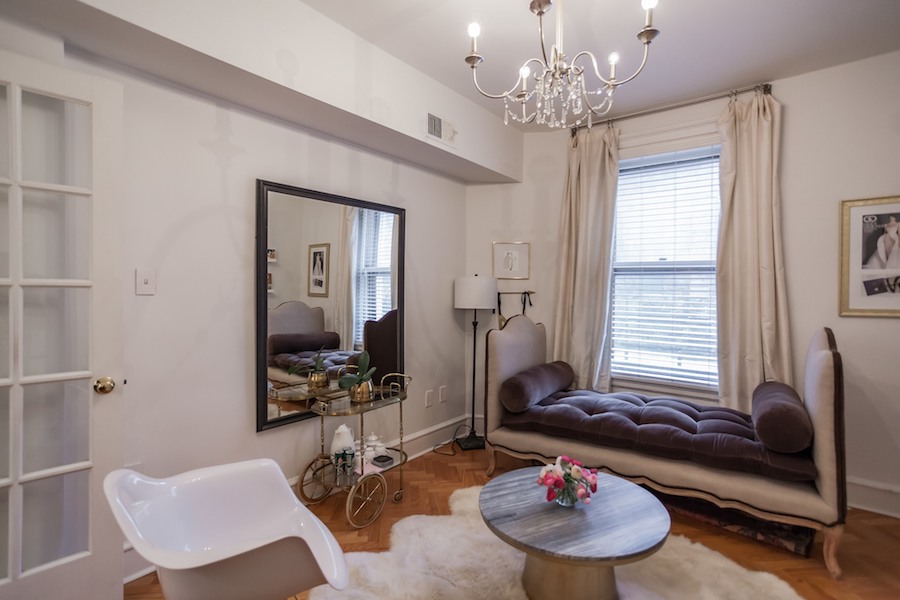 Given this building’s location around the corner from a notorious block of peep shows and strip clubs, this unit’s private entrance probably made it an ideal location for trysts. But the peep shows and the strip clubs are all long gone, as is the brothel. In its place is a compact, efficient and attractive apartment that’s perfect for a single individual or young couple. 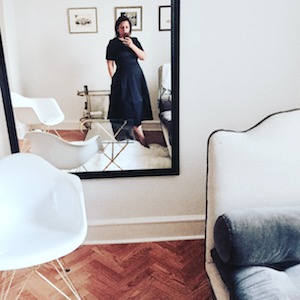 Tawadros’ renovations opened up the rabbit warren of smaller rooms and transformed them into three comfortable rooms: a living room, where her staff now work, and two smaller bedrooms. Their size notwithstanding, they will be hard to clutter up with stuff thanks to the California Closet systems she had installed in each closet. Their floor-to-ceiling windows also make them feel light, airy, and more spacious — “like someone came in here and blew up a balloon,” Tawadros’ mother told her.

The linoleum floors have been replaced with handsome parquet floors thanks to her property insurer, which opted to simply pay to replace the floor when a leaky water pipe was discovered in the apartment.

Because this unit retains its basic configuration dating to when the building was built, its kitchen is oddly shaped. But don’t let its layout fool you — it has the space you need to fix even crowd-pleasing meals. Tawadros said that a caterer once prepared food for a gathering of 75 people inside it.

Tawadros, who now lives in Fishtown, uses her former home now as office space for the two businesses she runs: Xercel, a marketing, branding and graphic design firm, and Smoochie Paper, a small boutique shop that produces high-end wedding invitations and announcements. She’s looking to move her offices to larger quarters, but first, she wants to sell these. This unit is ideally located for anyone who works in University City, Market Street West or Rittenhouse Square, and there are convenient transit connections all around for travel to more distant points. 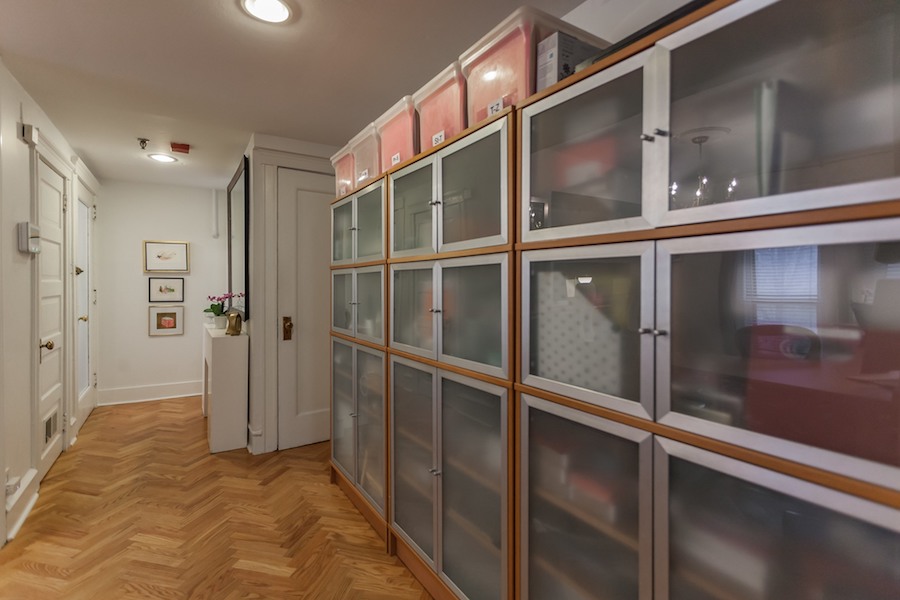