The need for “workforce housing” has become a hot topic in this city. 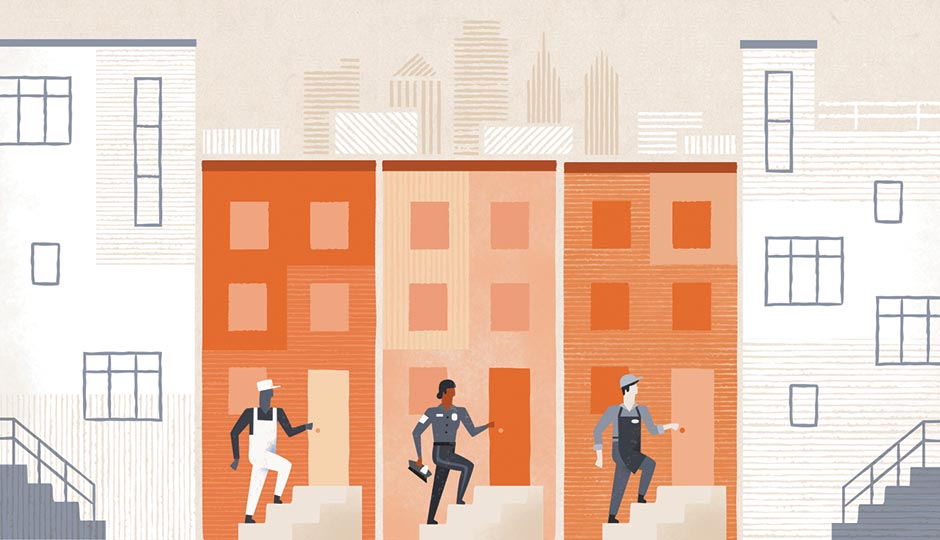 As house values in neighborhoods outside of Center City continue to rise, it’s hard to blame would-be buyers for asking: Will there be anyplace left that ordinary working folk can still call home in this town? Analysts and advocates seem to agree on the need for such so-called “workforce housing”—but what kinds of homes those might be, and where they’ll be built, is an open question.

Right now, city officials back a program in which the city takes vacant land it owns in desirable neighborhoods and sells it on the cheap to developers, who in turn promise to build homes to sell to working families for no more than $230,000. This is a good bit less than homes go for these days in rising neighborhoods like Brewerytown, Francisville, East and West Poplar, and even long-depressed Sharswood, which is just now seeing the seeds of redevelopment sprout.

But even with cheap land, such workforce housing may be a no-go without some sort of government subsidy. Philly’s notoriously high building costs leave little room for profit at such a modest price point. Kevin Gillen of Drexel’s Lindy Institute for Urban Innovation says the city would do better selling vacant lots in these neighborhoods to the highest bidder and plowing the proceeds into the Housing Trust Fund for use in fixing up existing homes that already sell for lower prices. Advocates for the city’s approach counter that many of those homes are too small or in neighborhoods far from where working families want to live.

One of the reasons the city’s program is working without additional subsidy is developers like Walter Logan. The CEO of Delta Alliance is currently building a mixed-rate project consisting of 14 workforce homes, 14 market-rate homes and a 39-unit apartment building on Sharswood’s eastern edge, one of the first projects to get the green light under the initiative. True, he says, he’s making less profit than he would in a market-rate project, but “mixed-income projects benefit the neighborhood, the city and the developer,” he says.

Logan isn’t alone: Rahil Raza, founder and head of Raza Properties, is also building homes that lie at the upper end of the workforce-housing price range ($230,000 to $350,000) but are still within reach of many working families. “You’re not just making money; you’re building a home for somebody,” he says. “If you had more socially responsible capitalism, you’d have sustainable development.”

Put another way, developers like Raza and Logan argue that what they’re doing is keeping the city from that slippery slope that ends in Boston or New York—and that’s worth a little sacrifice.

Published as “Housing That Works” in the September 2017 issue of Philadelphia magazine.

Updated Aug. 29, 5 p.m., to make clear that the Delta Alliance project is being built as part of the city initiative.