A Face-Saving Gesture for the Royal Theater

A six-story, 57-unit apartment building and seven townhouses will rise behind the historic theater's facade, which will be preserved. 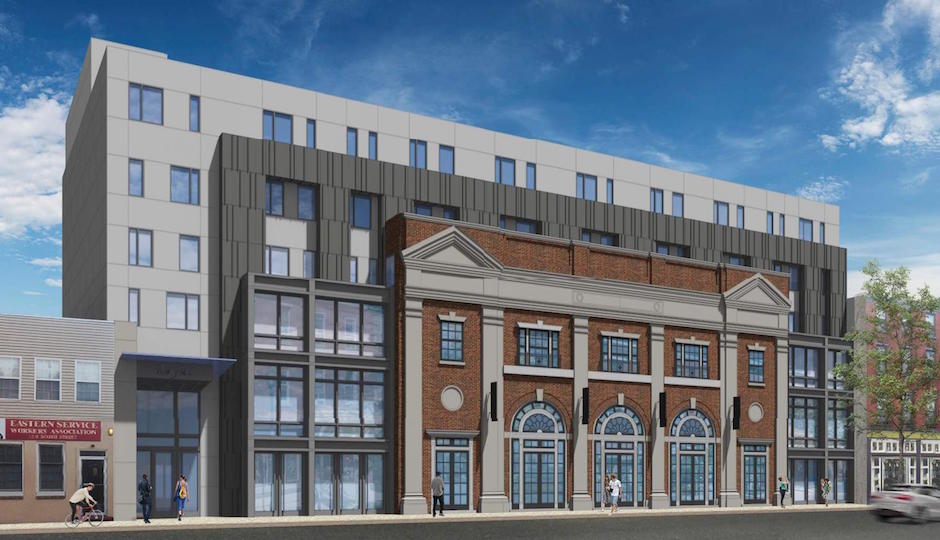 We now know what the residential project that will rise behind the front wall of the Royal Theater in the 1600 block of South Street will look like.

That’s because the site’s owner, Sarasota, Fla.-based developer and medical research backer Robert Roskamp is ready to proceed with the project, which hews closely to plans developer Carl Dranoff had been discussing with Universal Companies head Kenny Gamble last summer.

According to a news report on Philly.com today, the project, which will go before Civic Design Review tomorrow (Tuesday, May 2nd), will consist of 57 apartments in a six-story structure to be built behind the South Street theater’s facade plus seven three-story townhouses at the rear of the theater site, fronting on Kater Street.

The renderings JKRP Architects submitted as part of its Civic Design Review presentation [PDF] show a restored facade flanked by two three-story glass-fronted wings with the apartment building set back from the street. The building will include 5,350 square feet of retail space on the ground floor. Parking for 24 cars will be provided behind the building, and there will be parking for seven bicycles outside the building and 17 inside it. 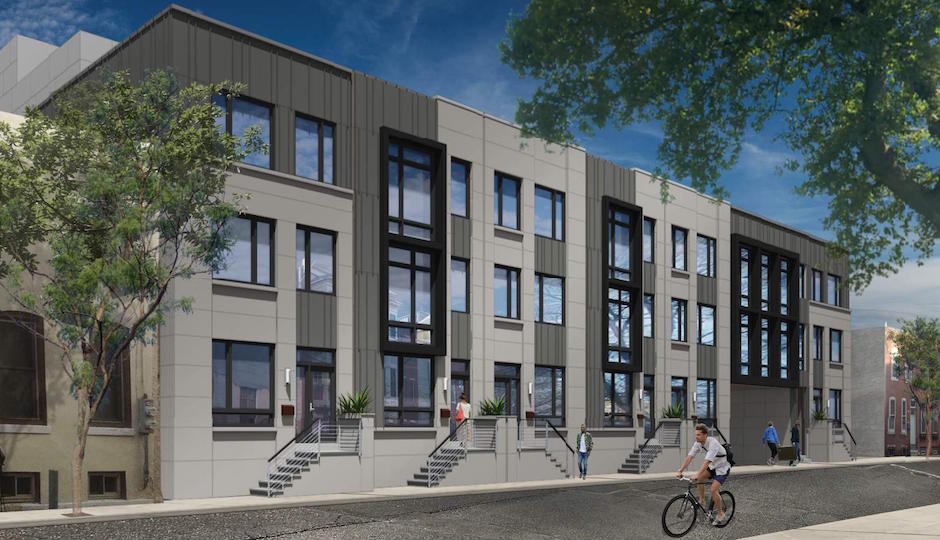 The planned townhouses on Kater Street.

Roskamp purchased the property from Gamble’s Universal Companies last September, after Gamble had secured permission to demolish all but the Royal’s facade on behalf of Dranoff. Dranoff decided to turn the project over to another developer in order to focus on his planned South Broad Street projects, the SLS Lux and Hyde hotel/residence combinations.