Developer Tom Scannapieco has redefined the upper end of the city's real estate market. A group of architects in town for the AIA convention heard him and architect Cecil Baker explain his latest project. The first kind offers you space where the builder has done the heavy lifting and lets you outfit it from a range of high-end accoutrements; you can supply the interior designer to give it some of your own personality.

Tom Scannapieco specializes in the second kind, the kind where you shape the entire space from the layout to the details to suit your desires. This style of development has redefined the upper end of the luxury market in Philadelphia, and last Thursday, he explained how he raised the bar to a group of architects in town for the American Institute of Architects convention, who also got to see his latest ultra-luxury project as it rises from the ground.

Scannapieco, whose company is based in New Hope, explained that his projects target “the very top of the Philadelphia community” with one-of-a-kind living spaces. His first project that targeted this market was Waterview, a 28-unit condominium in New Hope that set records for sale price per square foot in Bucks County.

After that, he turned his gaze towards the city. Here, he said, his projects target “a buyer who is moving down from a very large house and is looking for a high-quality place with less maintenance.” In other words, a well-heeled Baby Boomer who is ready to give up the estate for the city life.

His first Philadelphia building, 1706 Rittenhouse Square, established the formula he is following at 500 Walnut: Create the personality and uniqueness of a private estate in a high-rise multi-unit building. “We customize the units, and that’s unusual for a high-rise in Philadelphia,” he said. “Other developers limit options for their units because of union construction costs, but we’ve figured out how to do it.”

And at 500 Walnut, he’s doing it on a much more constrained site, as Baker explained. “We felt a tall building should be at 500 Walnut,” he said, “but the zoning forbade a tall building right at the corner because of National Park Service concerns.” The NPS was already unhappy with the backdrop of high-rise office buildings behind Independence Hall, and when it built a new visitor center for Independence National Historical Park that would also house the Liberty Bell, it placed the bell so that it was in the only spot with no tall building in the viewshed behind the hall. This, Baker said, “caused the laser of history to carve off a corner of the building” and push the tower back from Walnut Street to the building’s south side. The constraints of the site also allowed for the creation of a three-story podium and an amenity level on the fourth floor, features 1706 Rittenhouse lacks.

Then there was making sure the building could be fully customizable and still stand up. Cope Linder Architects discovered that a steel frame was ill suited for this purpose at 1706 Rittenhouse, so Baker knew from the start that concrete was the way to go. But to get the column-free floorplates he needed, he poured it on thick: 13 inches thick, in the case of the floors.

Baker was himself a developer before he became an architect, so he knew Scannapieco’s language as well. “The economics of this building drove the architecture,” he said. For instance, thanks to that required view corridor, each unit has a large balcony at its northwest corner that offers a view of Independence Hall. While Baker said that “you shudder as an architect” when you learn you need to design a building with large terraces because “you can’t control what goes on them,” he also knew that the view of the hall would sell the units.

But while Baker designed the envelope, it’s the buyers who will design its contents. Rod Werner, director of planning and project manager at Scannapieco Development, described 500 Walnut as “one building, 39 projects.” (There are a total of 38 units in the building, but some buyers have purchased two units and combined them, bringing the total down to 35 as of now.) Baker himself noted that his firm is designing only one or two of the units that have been sold thus far. The others, he said, “are surprisingly traditional, but that’s Philadelphia.”

Because of the building’s location and height, Leighton explained, cement for the pillars and floors has to be hauled up in buckets, a time-consuming process. But Scannapieco will be able to get premium prices for his units — the condos sell for anywhere from $1,100 to $1,800 per square foot — so he can afford the extra expense.

That price, by the way, should set yet another record for selling price per square foot. But, as Baker noted, it also means that Scannapieco has to get the most out of every square foot. 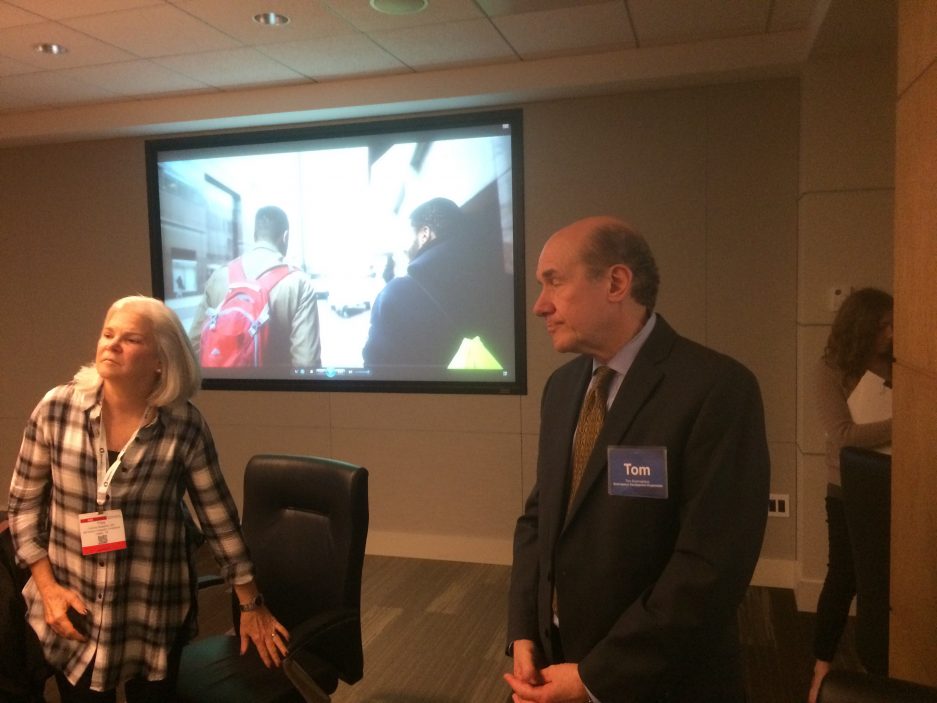 Tom Scannapieco at the pre-tour presentation 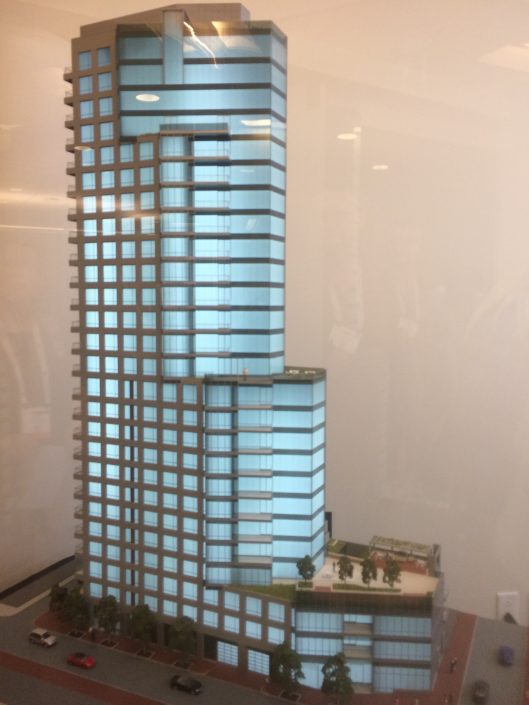 A scale model of the building on display at the event 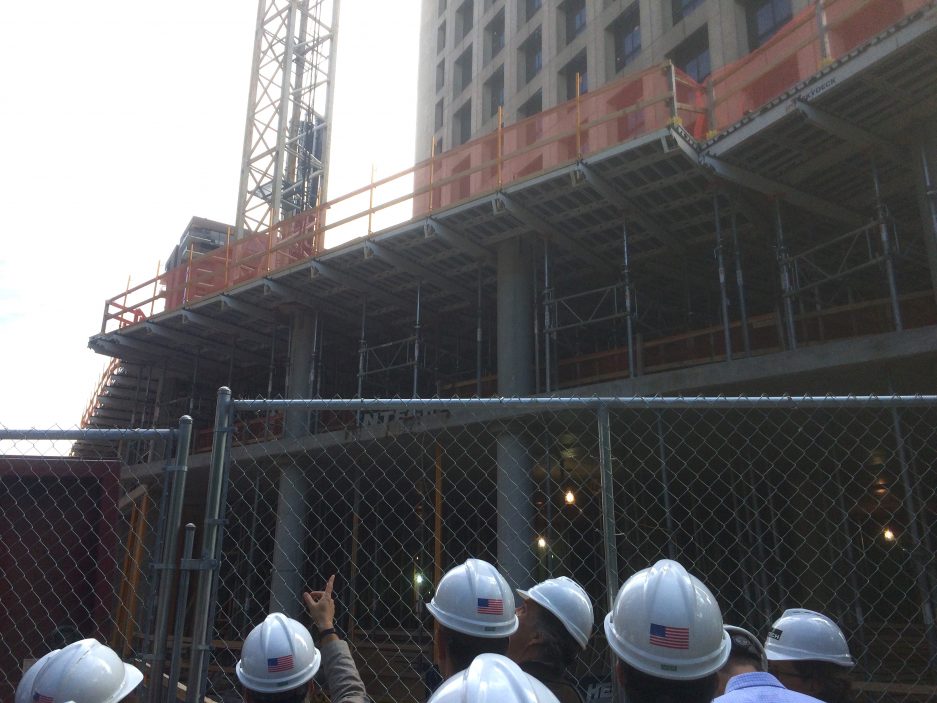 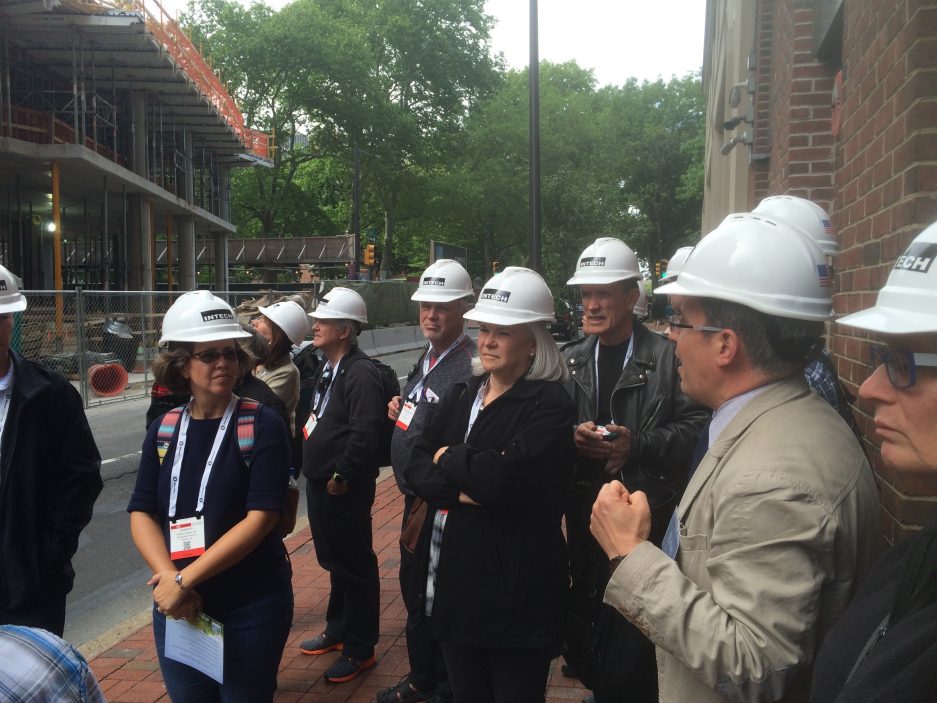 Leighton describes the concrete frame to the participants 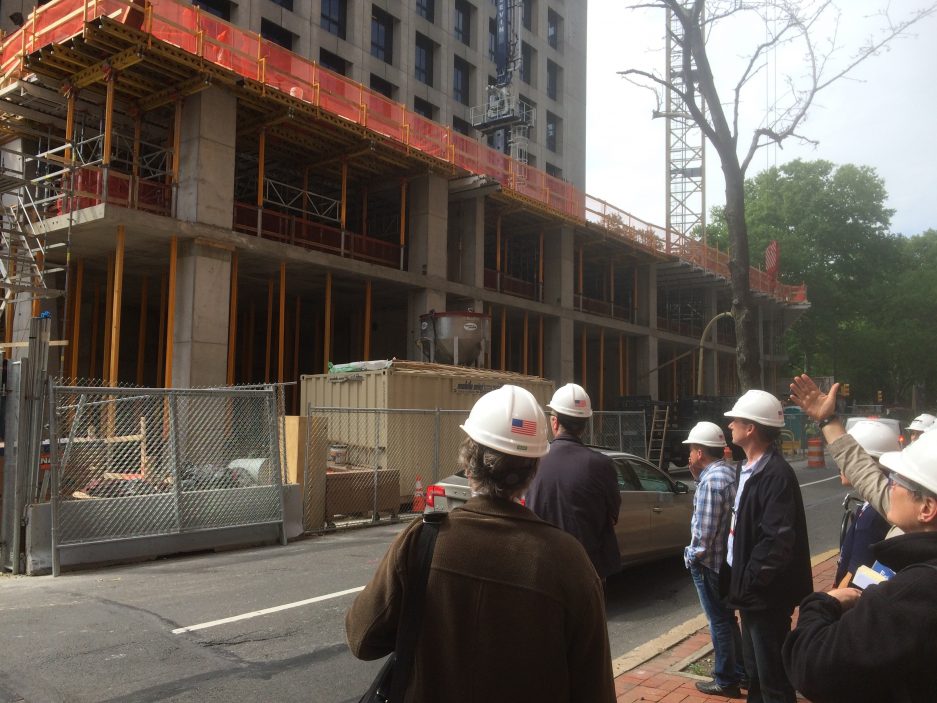 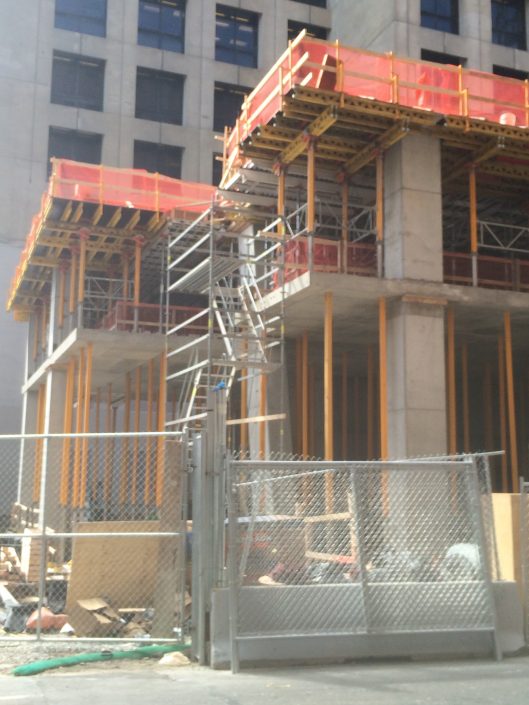