Liberty Property Trust has agreed to purchase a 16-acre swath of land to transform the waterfront into a vibrant live/work/play environment. The famous line from The Social Network seems apropos today, as the City of Camden has officially announced an ambitious plan to completely transform 16-acres of prime waterfront land between the Ben Franklin Bridge and the Adventure Aquarium.

Liberty Property Trust, the mega-developers behind the Navy Yard and Center City’s Comcast towers, will spearhead the $1 billion proposed development, the largest ever private sector investment in the city’s history.

If realized, the project will (largely) swap what seems like miles of surface parking lots for a live/work/play mix of glitzy office towers and low-rises, a residential component, lively restaurants and retail and even a hotel.

Allison Steele of The Inquirer was the first to report the details of the development, which will seek to take advantage of the seemingly plentiful tax credits through New Jersey’s Grow New Jersey program.

According to a press release from the city, Liberty has signed an agreement with Steiner + Associates, owners of the Adventure Aquarium, to purchase Camden Town Center LLC, with the intent to pursue the development of 16 acres of Camden waterfront. If approved by the New Jersey Economic Development Authority, Liberty would then need to obtain the proper permits for the project.

In addition to the $1 billion Liberty plan, the city reports that there is more than $1.5 billion in new development that is either funded, in development or recently completed. Tax credits have played a major role in the waterfront boom, luring a string of high-profile businesses to Camden recently. The Philadelphia 76ers is constructing a new state-of-the-art practice facility nearby. Subaru, whose car-centric plan was recently skewered by Inga Saffron in The Inquirer, will consolidate their U.S. operations into one complex headquartered in Camden.

“’The Camden Waterfront’ represents a unique opportunity to develop a project of this scale in the center of a major metropolitan area. This visionary project will reshape the central waterfront in a way that will be truly transformative for Camden,” said Bill Hankowsky, in the press release.

Robert A.M. Stern, the architect behind the Comcast Center and the GSK building in the Navy Yard (among many others), designed the master plan for the site. Upon first look at the conceptual renderings, the development will be highlighted by two glassy high-rises that overlook the Delaware River, the Ben Franklin Bridge and the Philadelphia skyline.

The Cira Center-like arrangement of angular structures (each shaped a little like Vermont) evokes a vibe reminiscent of the Schuylkill River skyline, which is still being shaped by the ever-growing FMC Tower. Architecturally, they’re certainly unlike anything existing on along Philly’s Delaware River waterfront.

If all goes according to plan, the release states that Liberty could “break ground as early as the third quarter of 2016 with occupancy expected in late 2018 and 2019.” 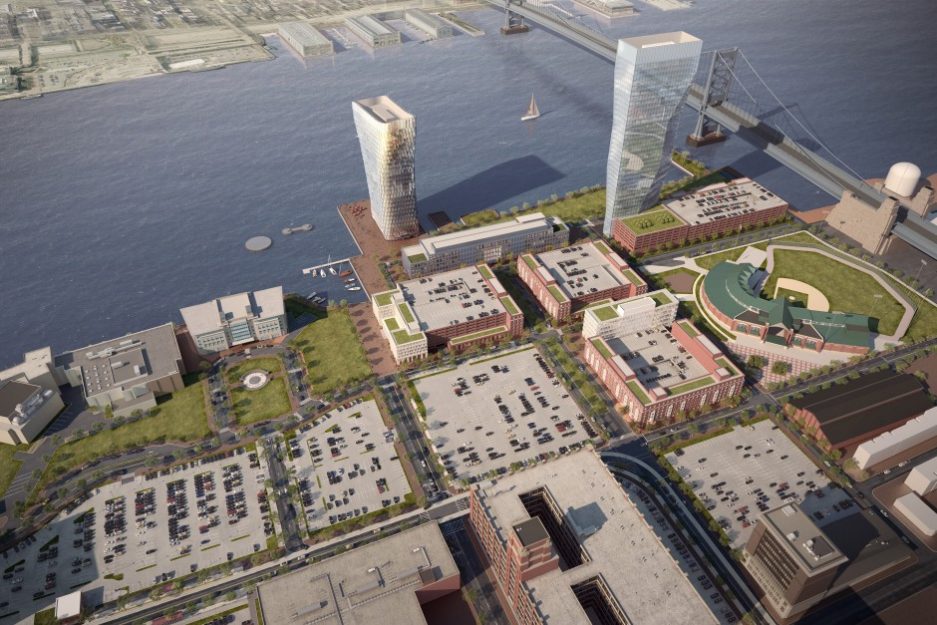 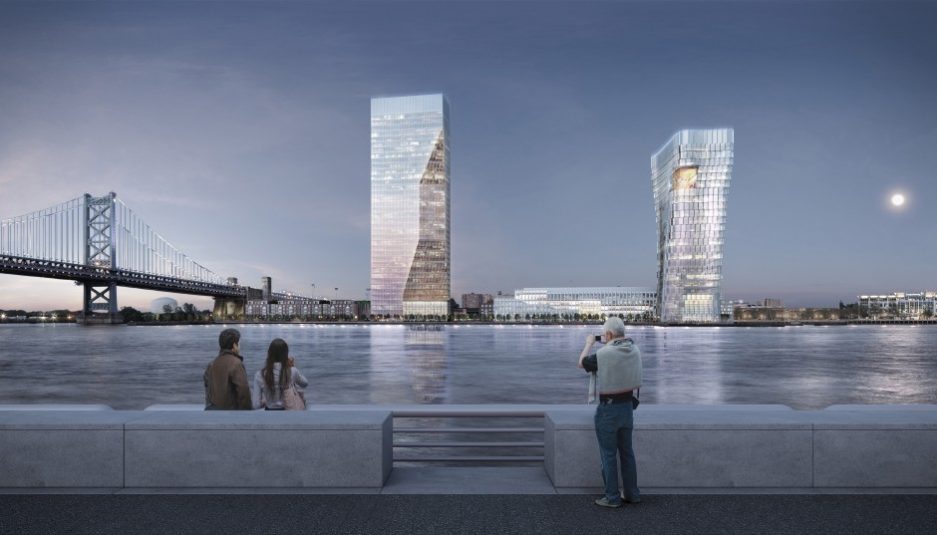 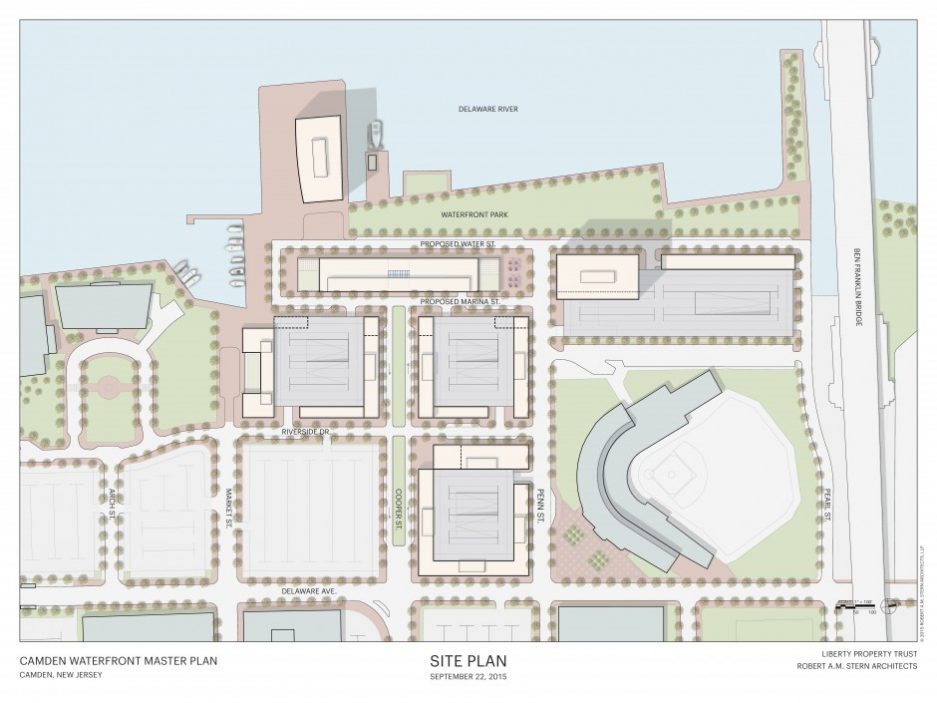 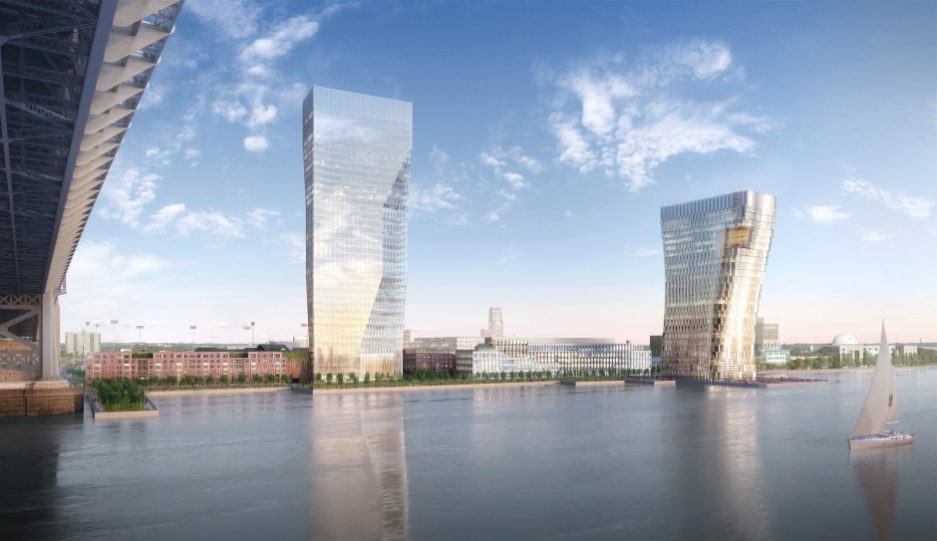