The reopening of the former YMCA Naval Annex gym was just the start of a bigger workout.

Tenants in Reinhold Reisdential apartment buildings—all of them—just got a splendid new amenity they can take advantage of.

And it’s the result of a restoration project worthy of the company that once owned several of them, Historic Landmarks for Living.

But the reconstruction of the former YMCA Naval Annex gymnasium, part of the creation of the new MetroFit fitness center at Reinhold’s Metropolitan apartment building at 117 N. 15th St., is just one of the last acts in a project that has spanned the last two years, namely, updating the old Historic Landmarks portfolio for modern tastes and demands.

“These buildings were converted in the 1980s,” Reinhold CEO Jeff Reinhold said. “It was time to bring them into the 21st century.”

And, in the case of the Metropolitan, returning to active use a facility that Historic Landmarks, the firm that brought Carl Dranoff to prominence in Philadelphia’s development community, left alone when it converted the former lodging and recreational facility for military personnel into high-end apartments in 1984.

“Dranoff and Solms”—Historic Landmarks founder Stephen Solms—”left this space alone; they ran water and sewer lines through it” from the converted apartments above, Reinhold said of the gym. “We removed all of the pipes, restored the original brickwork, and restored the original light fixtures.”

The restoration also included a completely refinished basketball court floor, new baskets, a scoreboard, a new air conditioning system and modifications to the balcony railing to bring it into compliance with current city building code.

Other new additions include a completely new fitness center in a room next to the gym – “we couldn’t figure out what this room was,” Reinhold said, adding, “We think it was a handball court” – day lockers, a dog wash and a staging room that served as the prep kitchen for the formal unveiling party for MetroFit on Oct. 23.

The new fitness center will be open to all Reinhold renters and operated by Philly Sport & Social, which plans fitness classes, one-on-one training, and intramural sports leagues. The gym is already decked out for “league play” with banners for each of Reinhold’s properties hanging on its walls.

The upgraded apartments were reconfigured with open plan living-dining rooms and kitchens, though the model apartment on display at the unveiling had a separate kitchen—Reinhold explained that the placement of building mechanical systems made an open plan impossible for the model unit. The kitchens feature the granite countertops and stainless steel appliances that have become standard issue in new higher-end residential construction, and the bathrooms have subway tile tub/shower enclosures.

The Metropolitan’s 23rd-floor roof deck also got a facelift, though its impressive view of the Center City skyline remains unchanged save for the intrusion of the Family Court mechanical penthouse across the street. Reinhold said it too would eventually add to the roof deck’s ambience, as the Family Court roof will be finished with green roof technology and plantings will be added to the building walls.

With the other renovations complete, Reinhold said work would begin on a makeover of the Metropolitan’s lobby. 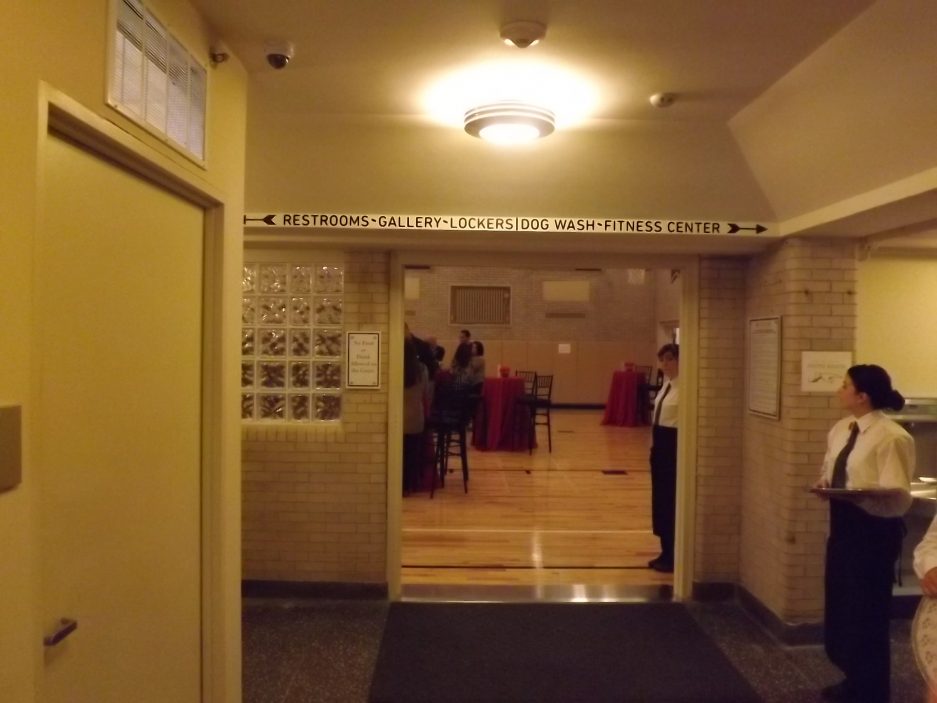 One of the original light fixtures in the gym ceiling 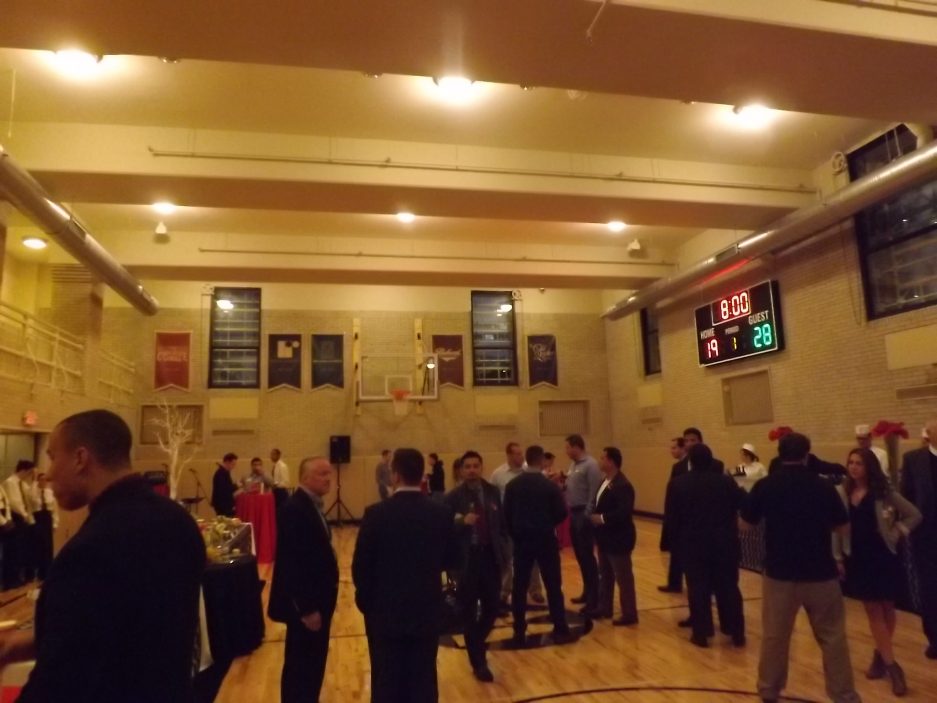 The restored gym, scene of Thursday's party, is all ready for intramural league play 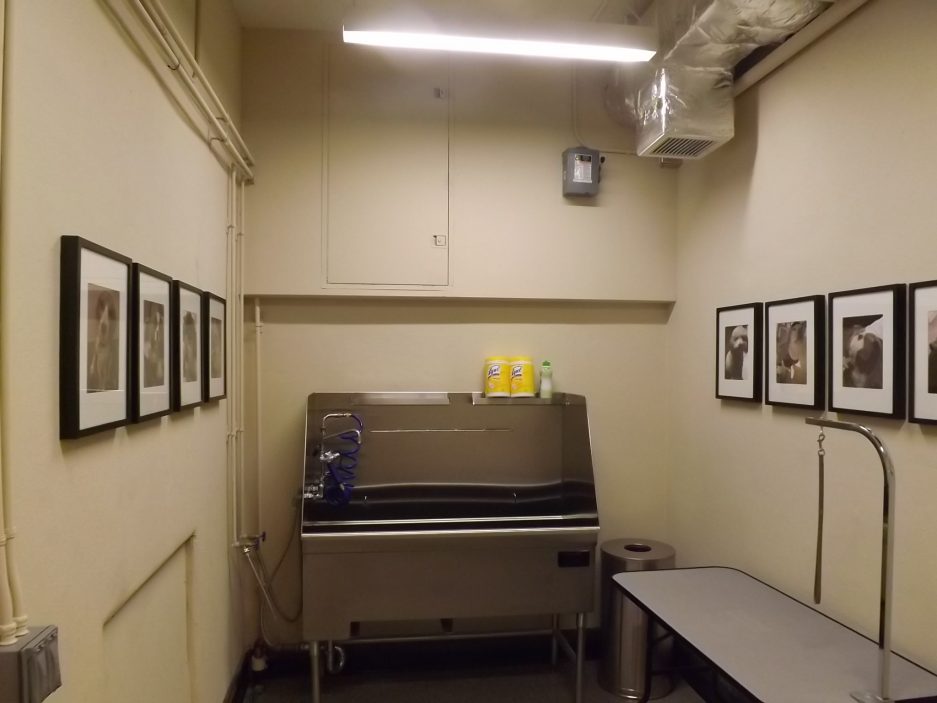 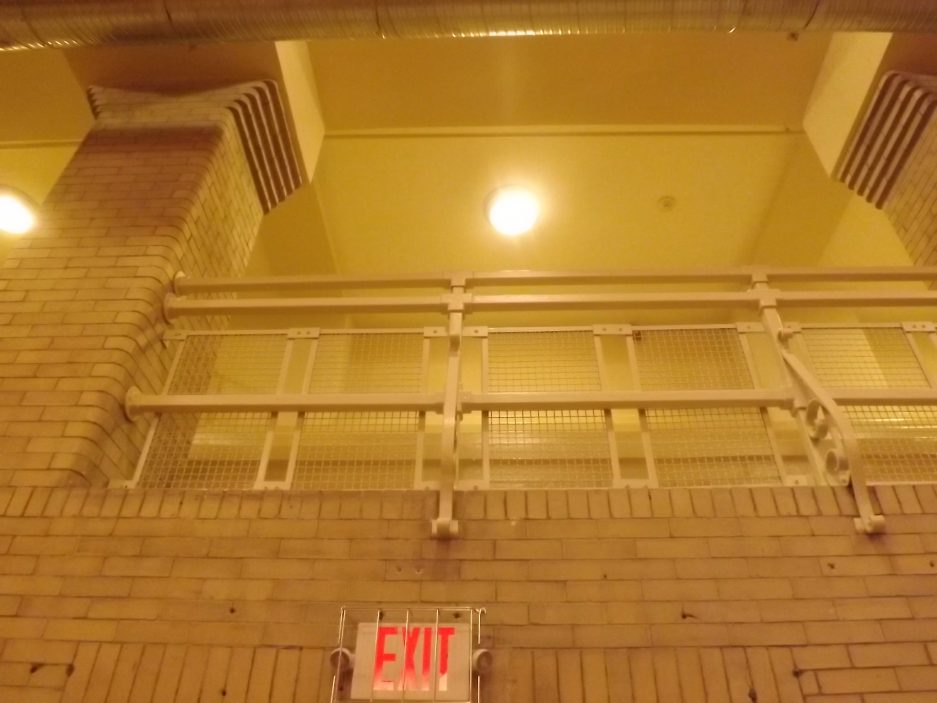 It's hard to tell what's original and what's new in the balcony railings, and that's by design 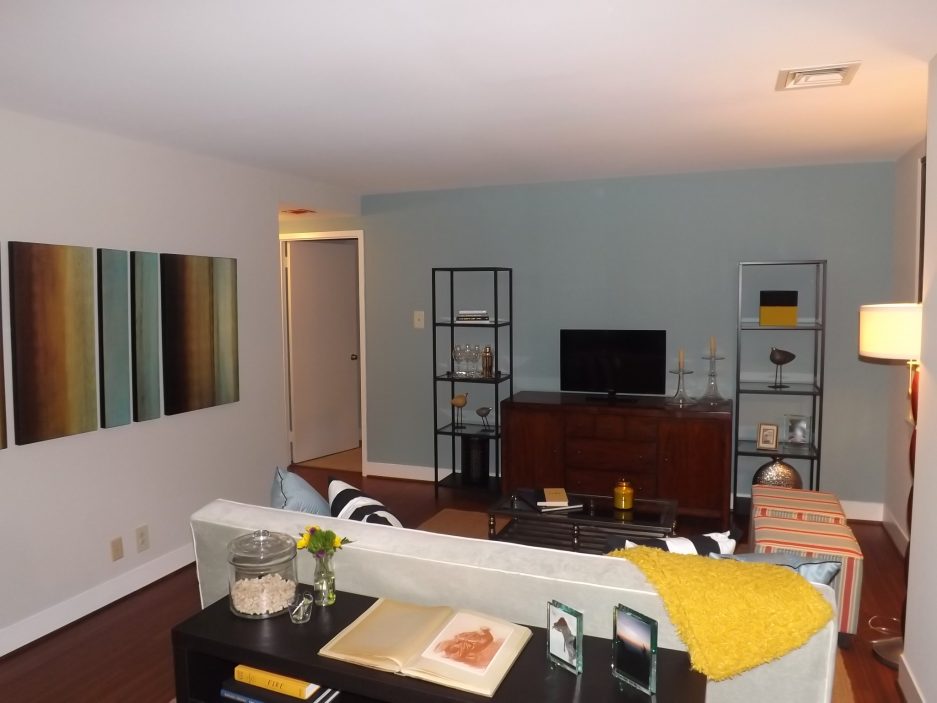 The model apartment, designed by a Reinhold staffer, showcases the other restoration project 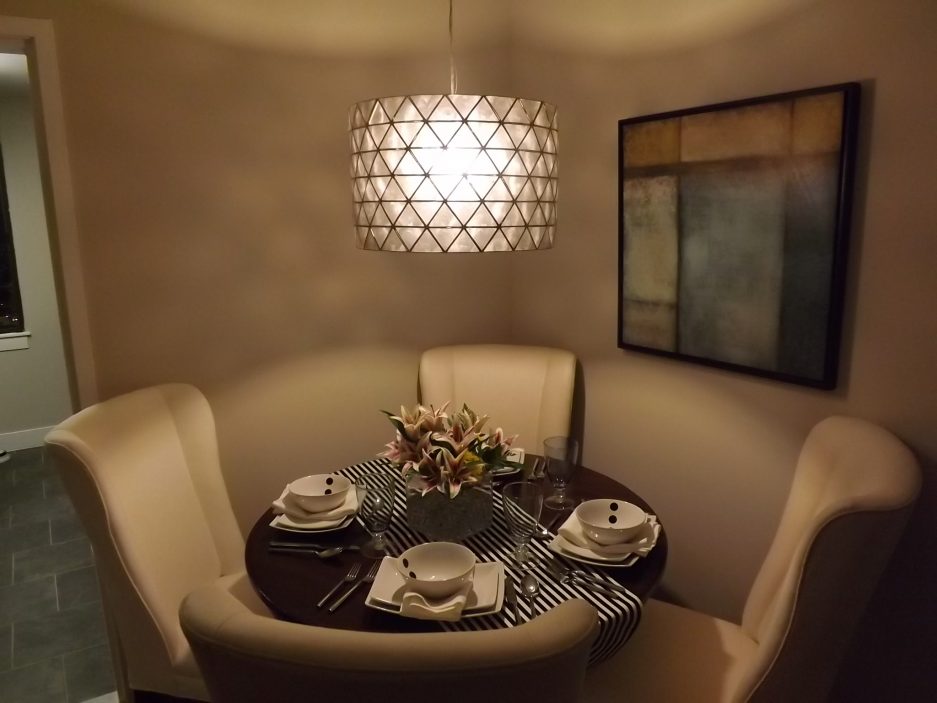 Living and dining spaces are one in the Metropolitan, which once had some 400 beds in its days as a YMCA but now has less than half that number 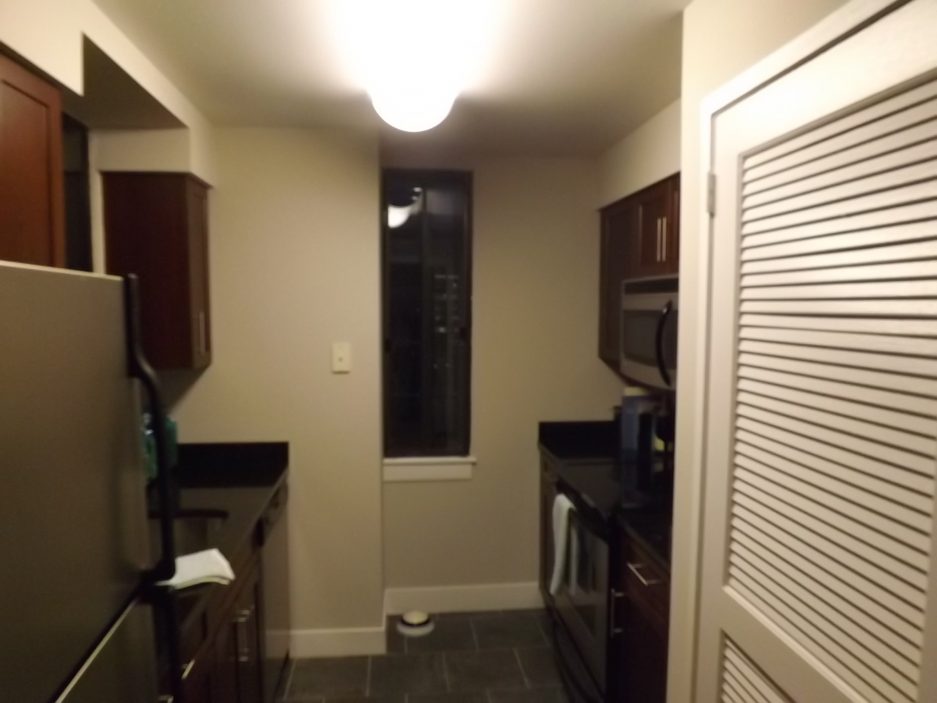 The exception to the rule in the Met makeover: the model apartment has a separate, but still strkiking, kitchen Bathrooms were also updated and given stylish touches 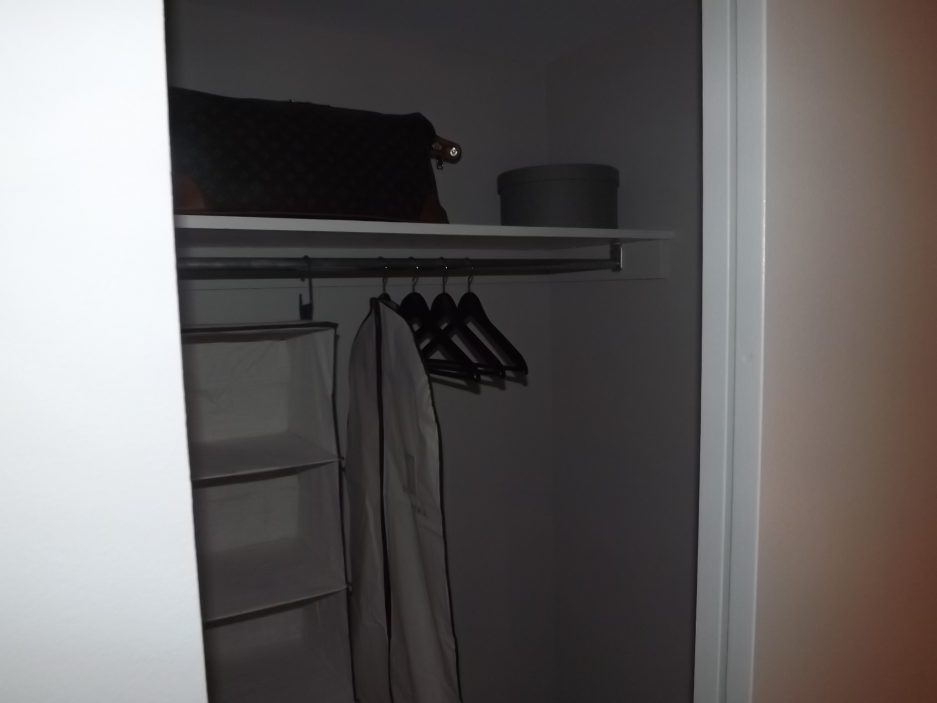 One of three closets in the model apartment, two of which are in the bedroom 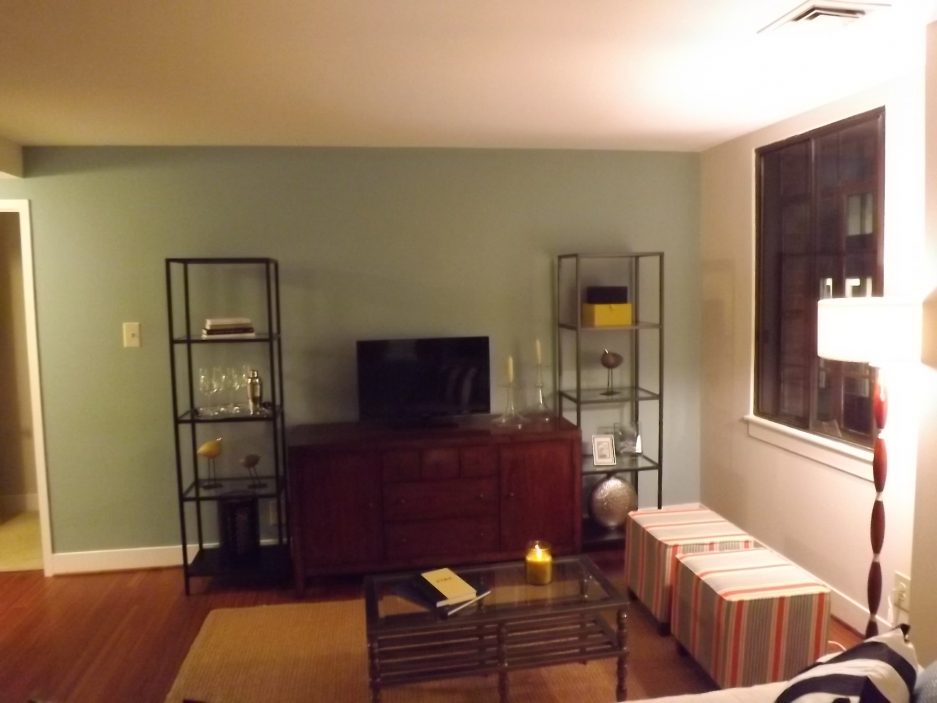 The bedroom of the model unit 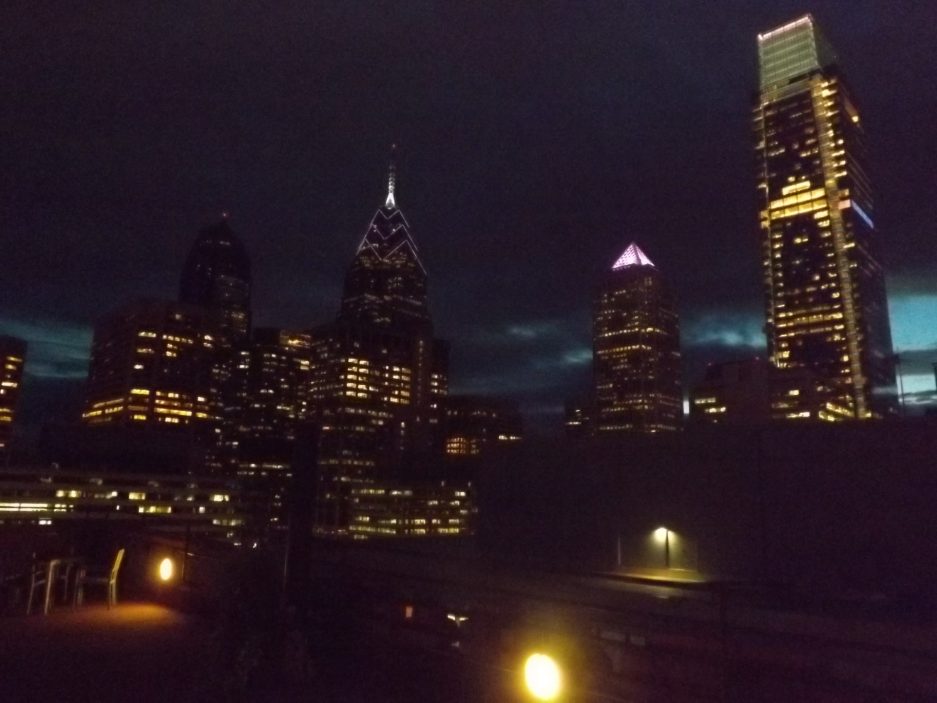 The view from the 23rd-floor roof deck 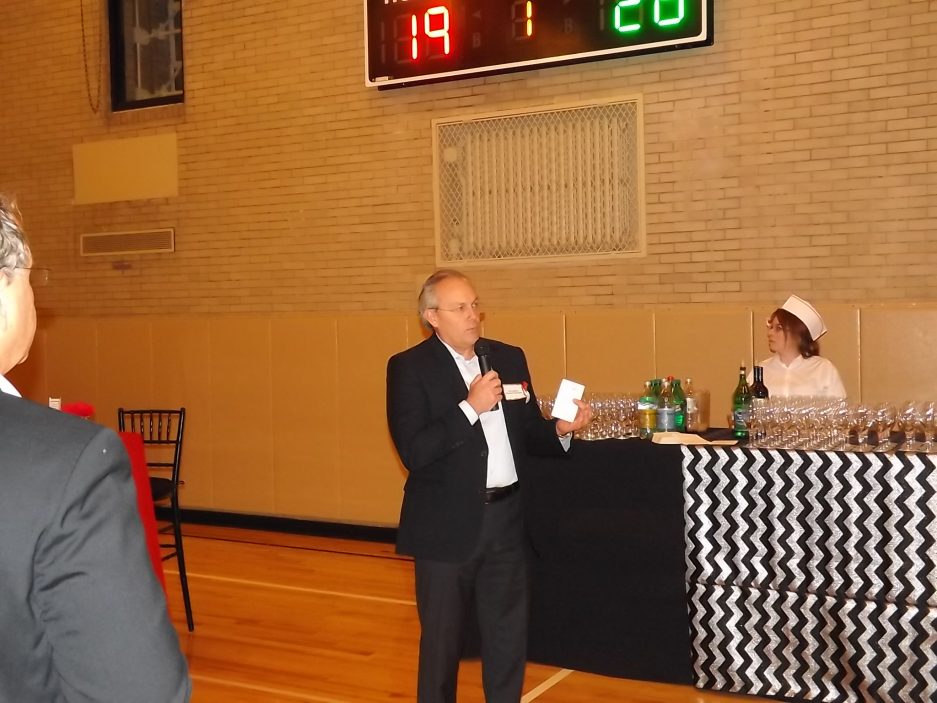 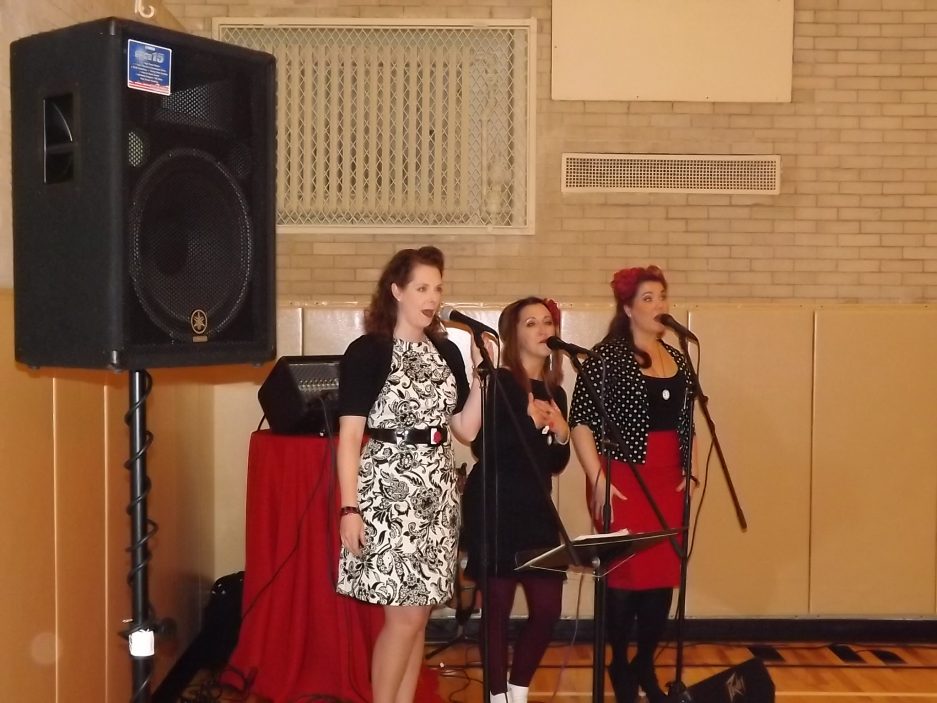 ...which featured entertainment by an Andrews Sisters tribute trio.