Because the bride lives with epilepsy and faced medical insurance issues, the couple decided to fast-track their wedding. 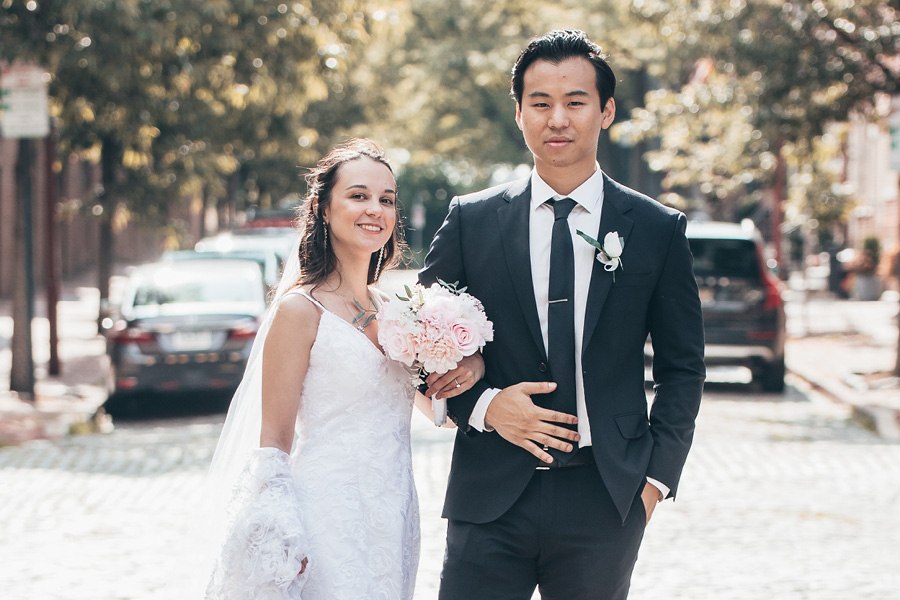 Philly, we have to hand it to you. This city does a darn good job of showing up and looking sharp — despite it’s rep for being a little down and dirty. So it’s no wonder why many couples choose to incorporate its many landmarks, lush parks and charming streets into their wedding celebrations. Consider this couple. They took sunrise portraits before self-uniting in Washington Square Park. Kailey Edwards Photography snapped their intimate elopement here, and we bet it’ll make you fall in love (with Philly!) all over again. 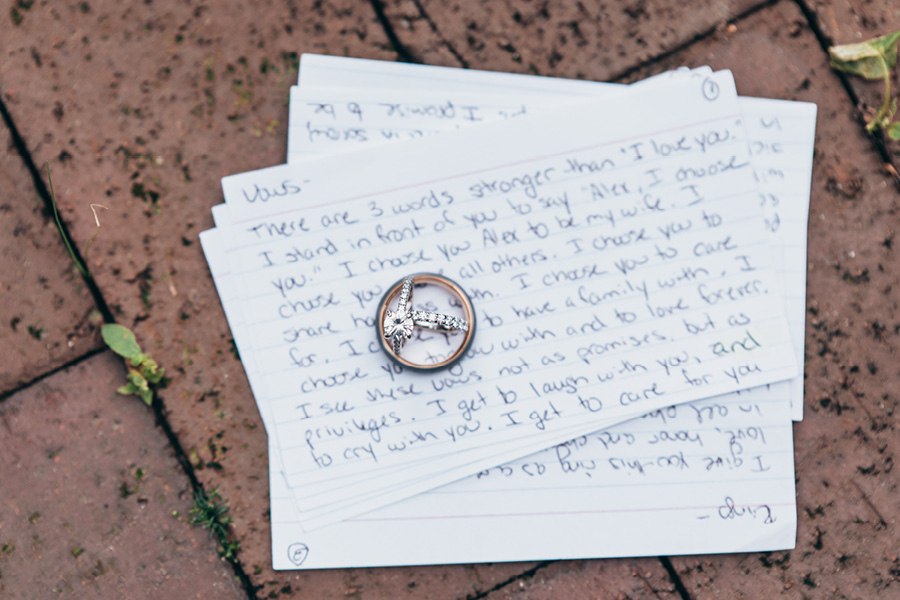 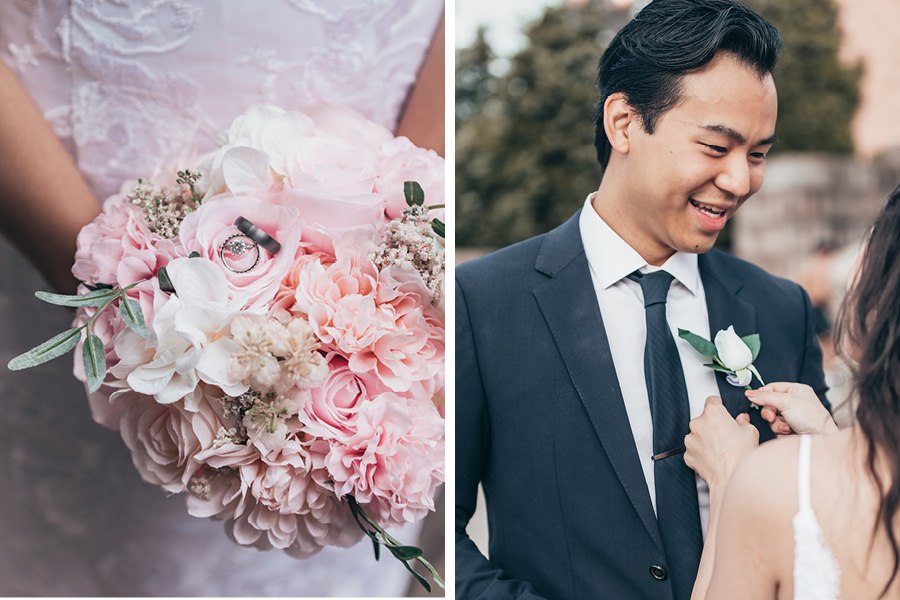 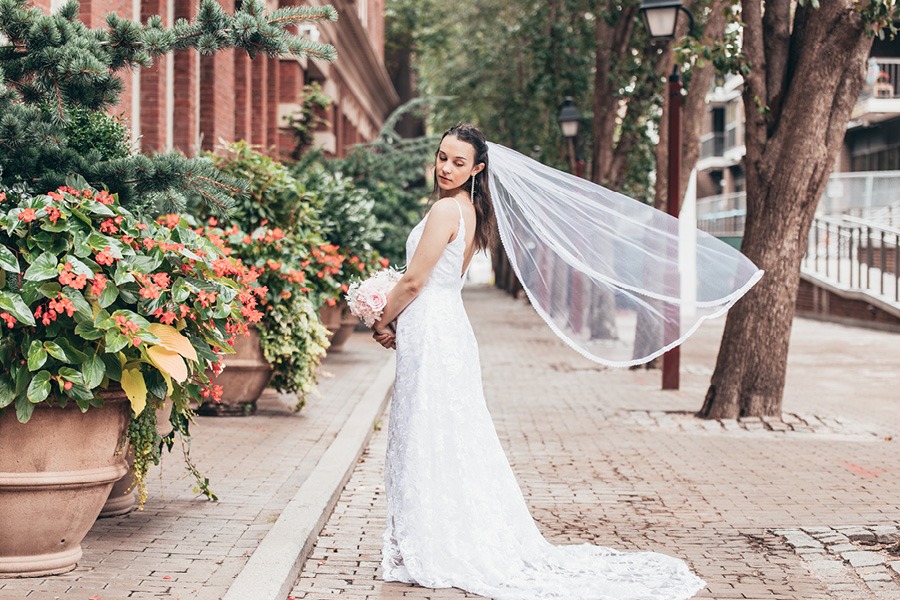 The couple: Bloomington, Minnesota-born Eric Liu, who works in physical sports medicine and rehabilitation for Penn Medicine, and Allentown-born Alex Busa, a medical assistant with Jefferson’s infectious diseases division, both of Center City.

How they met: The couple crossed paths in 2016 when Eric, who was a med student at the Philadelphia College of Osteopathic Medicine, did a rotation at the pediatric office in the ’burbs where Alex was working as a medical assistant. They hit it off immediately; Alex’s co-workers could see she had a crush on him and kept hinting to him to ask her out. When he finally got up the nerve, she said yes. Their first date was at Maggiano’s in the city. 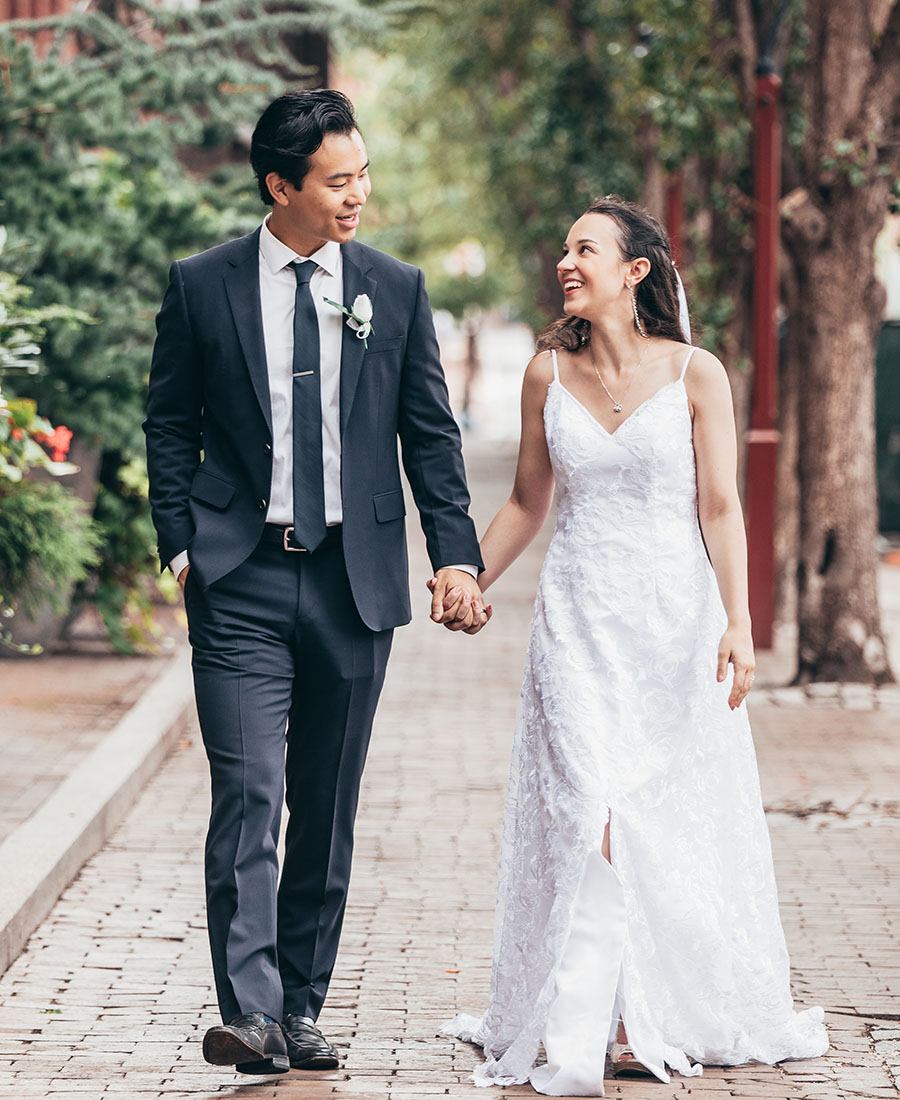 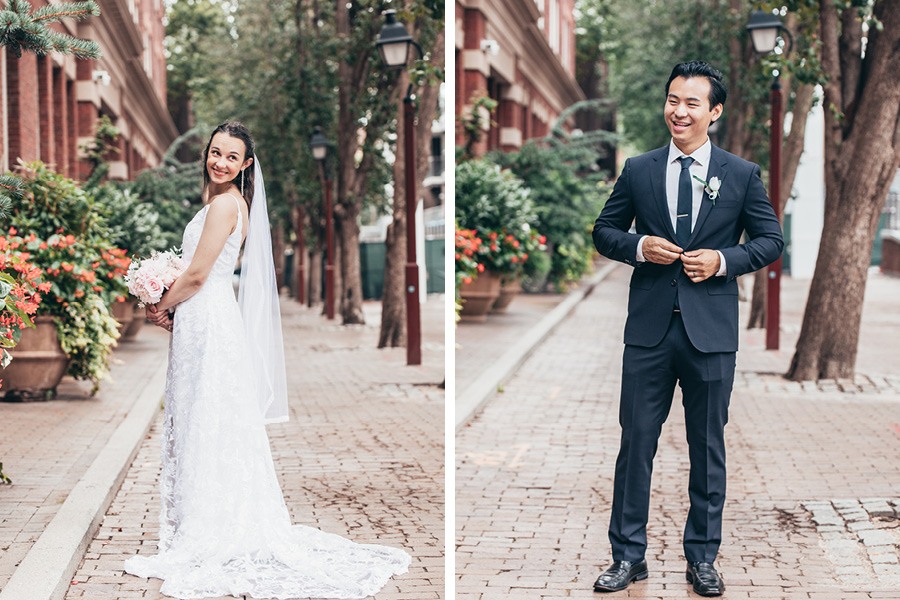 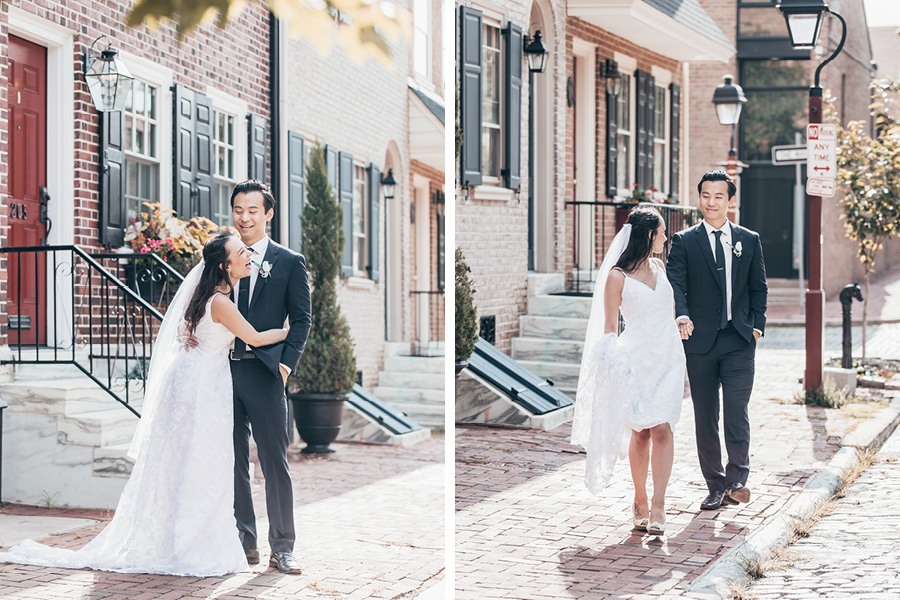 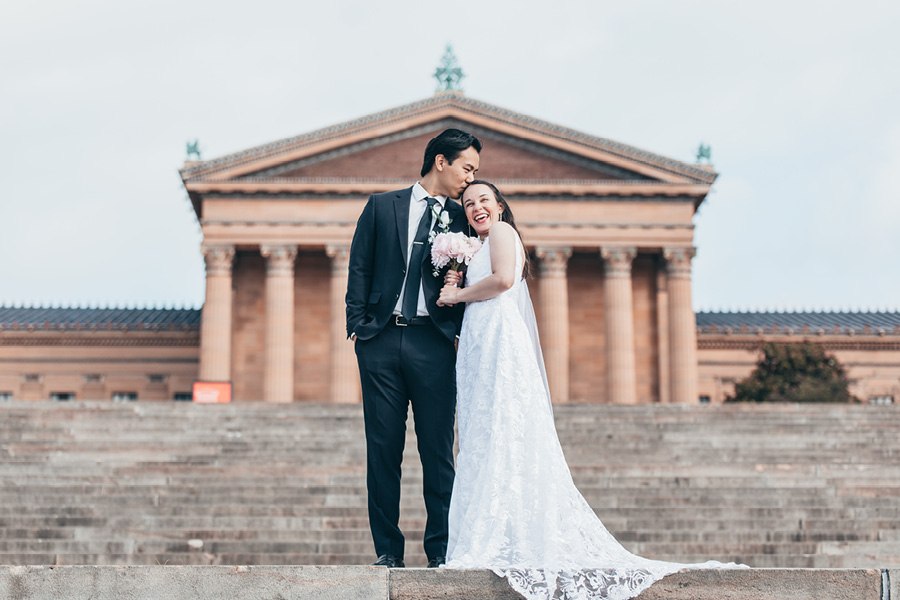 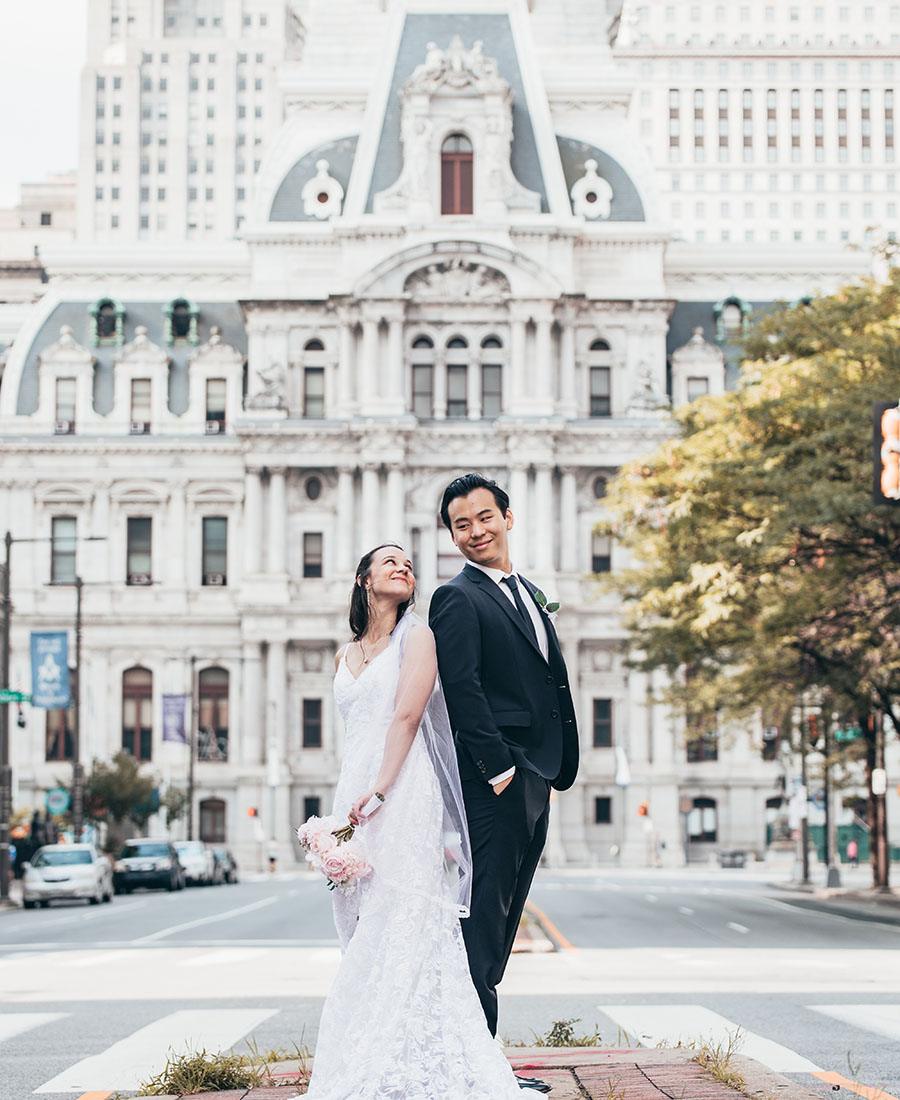 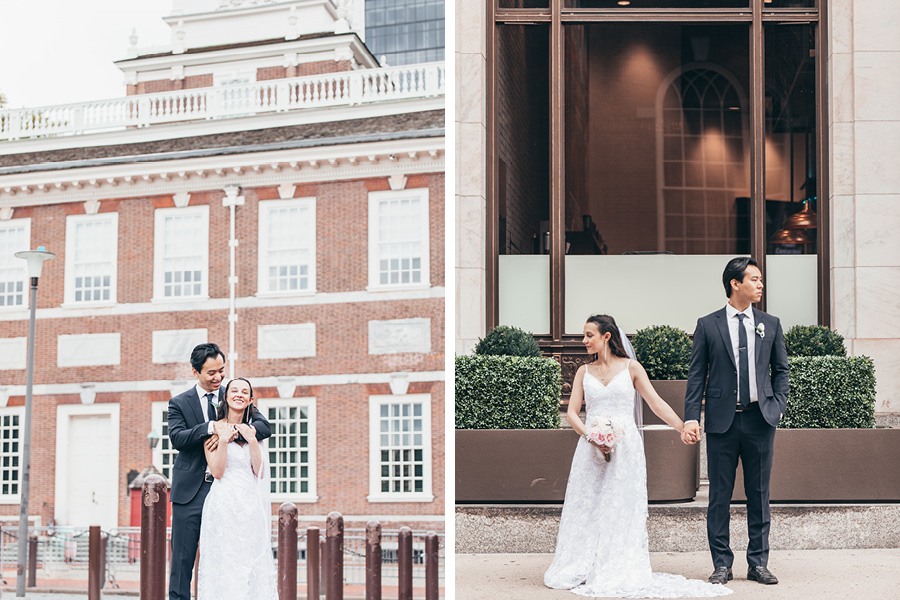 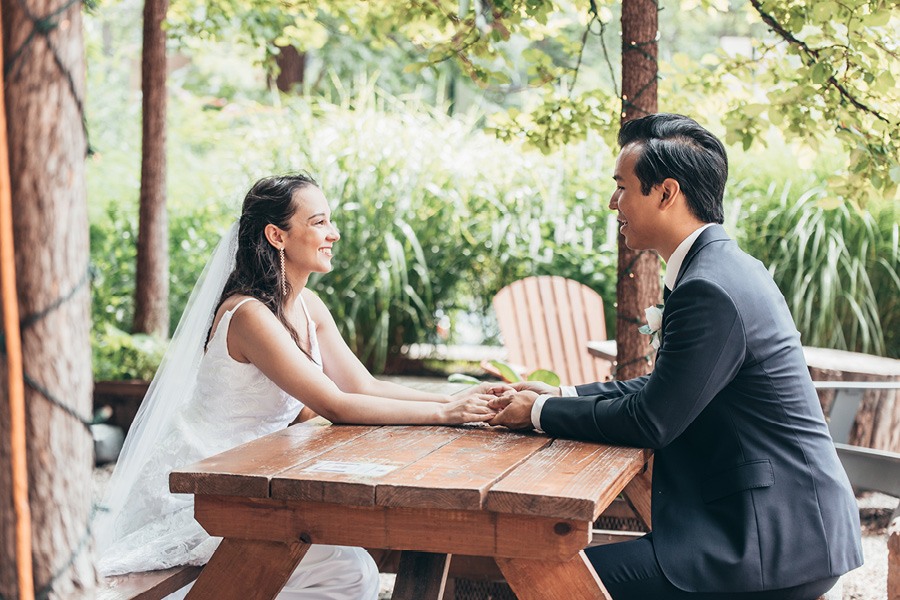 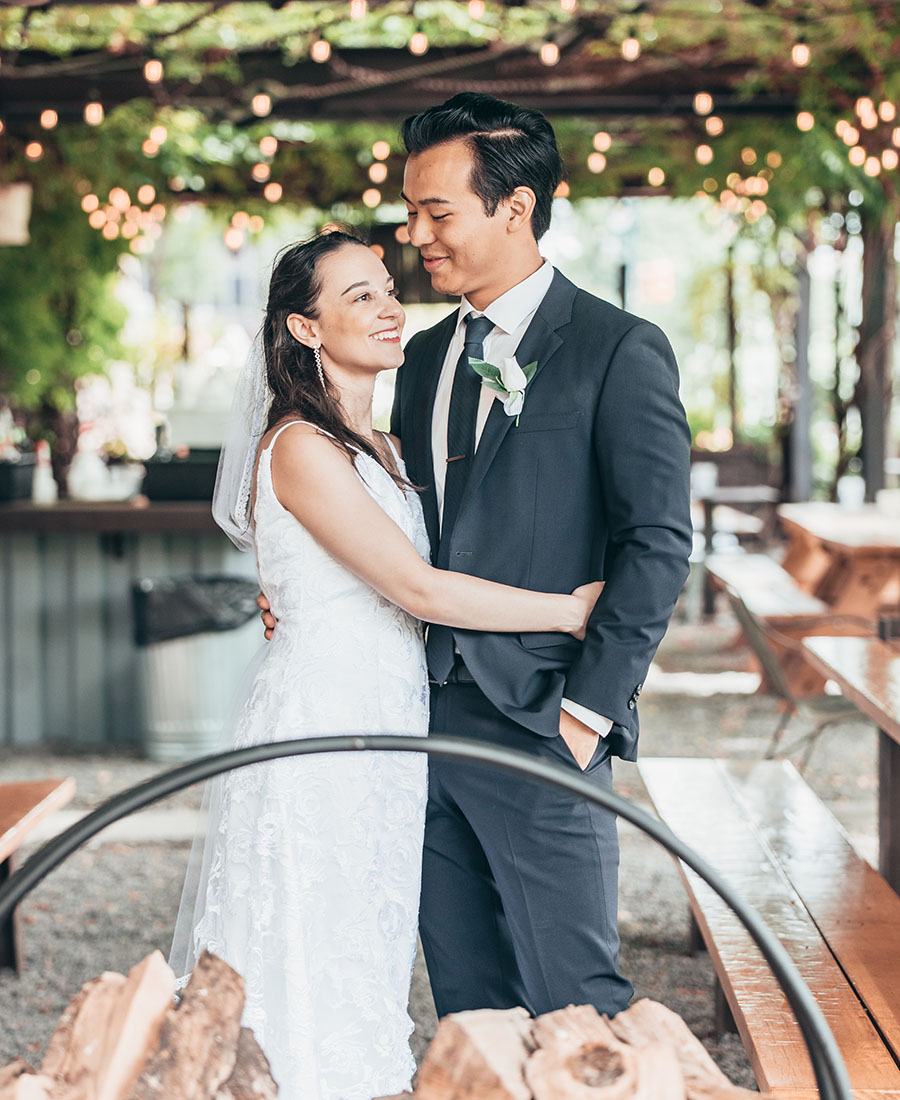 Their love story: Eric and Alex dated for about five years before he proposed in May 2021, amid the florals at Longwood Gardens in Kennett Square. In their years together, Eric finished his schooling, residency and his fellowship, and he stood by Alex through her many seizures — she was diagnosed with epilepsy when she was 14 years old — and the stroke she suffered in 2018. (She was just 23.) Because of the challenges surrounding her condition and the medical insurance issues she faces — not to mention the pandemic — the couple decided to get married right away. (She was turning 26 in July and would be dropped from her parents’ plan, but couldn’t go without good insurance.) They set the date for July 10th, 2021, in the city that they love.

The wedding approach: The couple decided on a small self-uniting ceremony in Washington Square Park with a guest count of eight: their parents, his sister and her boyfriend. The bride’s mother designed the bouquet and did Alex’s hair and makeup. Because their nuptials were intimate and simple, they wanted to make a day of it. The festivities began at 8 a.m. — which coincided with sunrise — with photos at various Philly landmarks, such as City Hall, the Art Museum and Independence Hall, and places that hold special meaning for them, like Independence Beer Garden and the cobblestone streets in Old City. (One of their friends graciously acted as their Uber for the morning.) 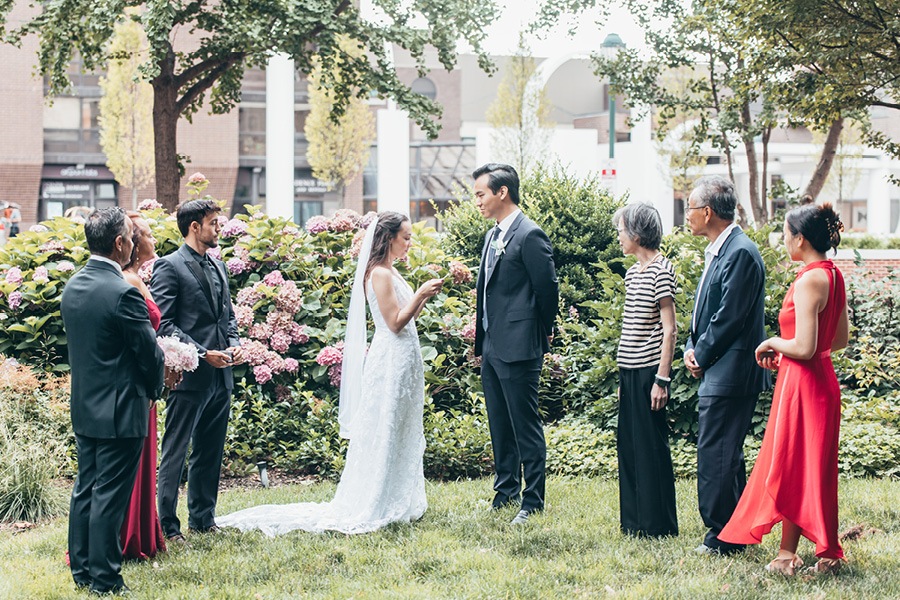 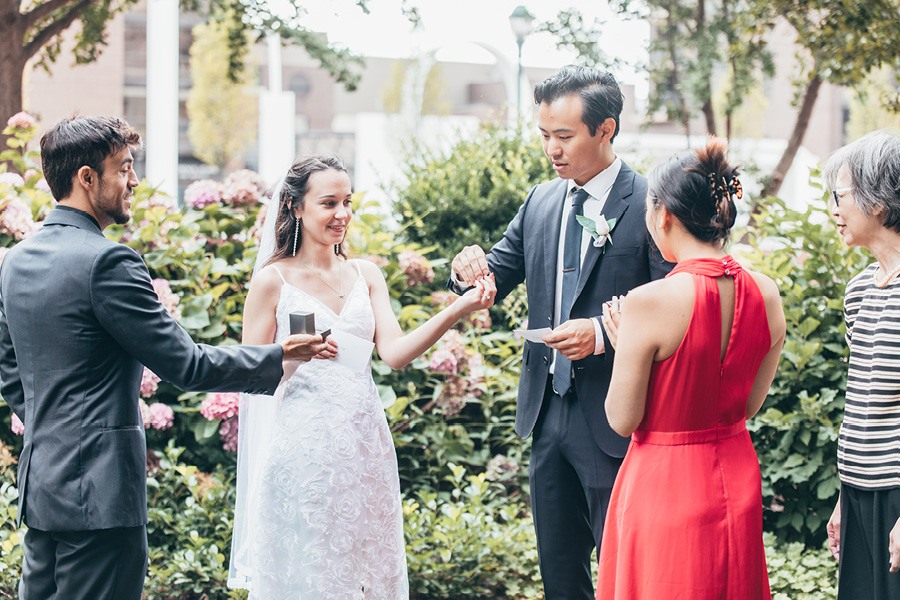 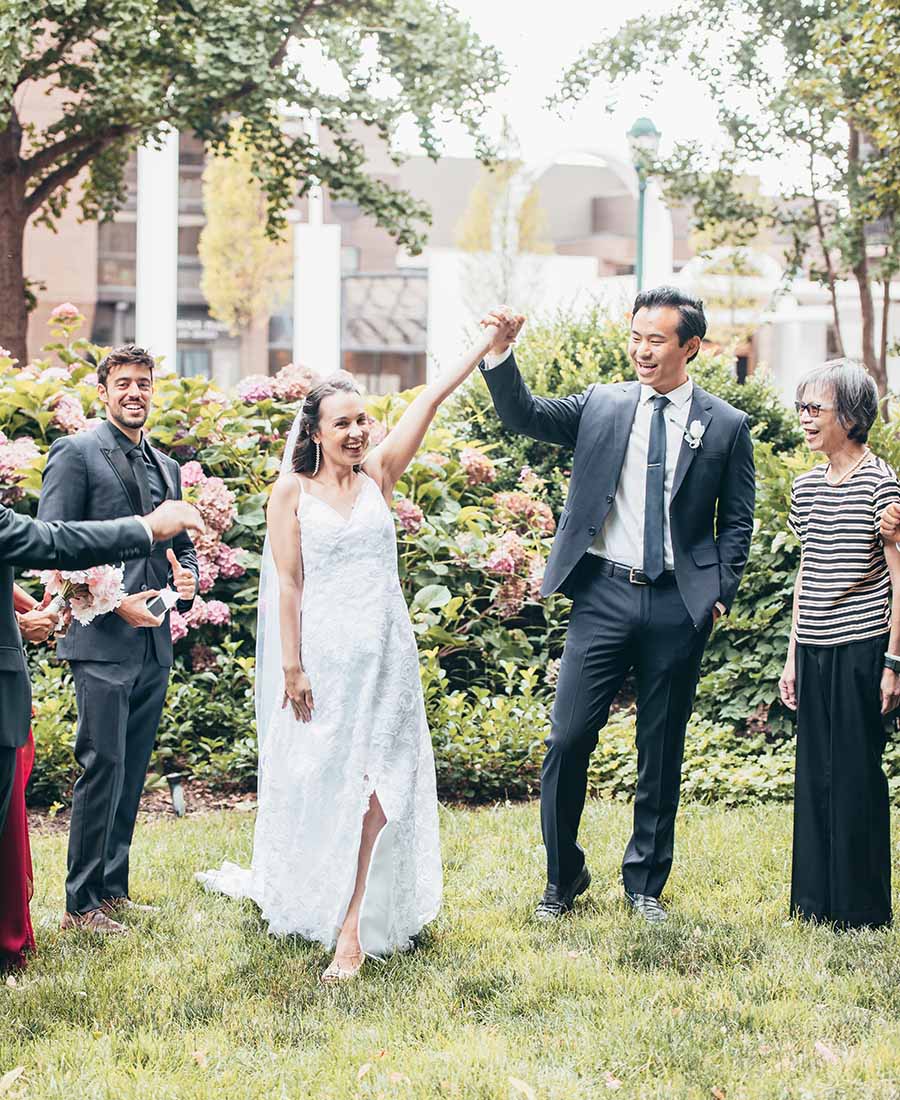 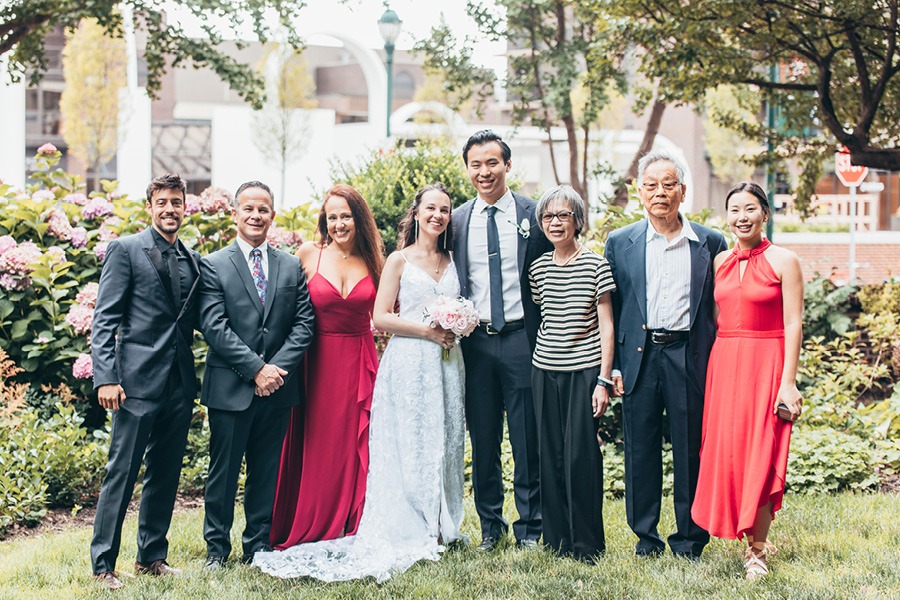 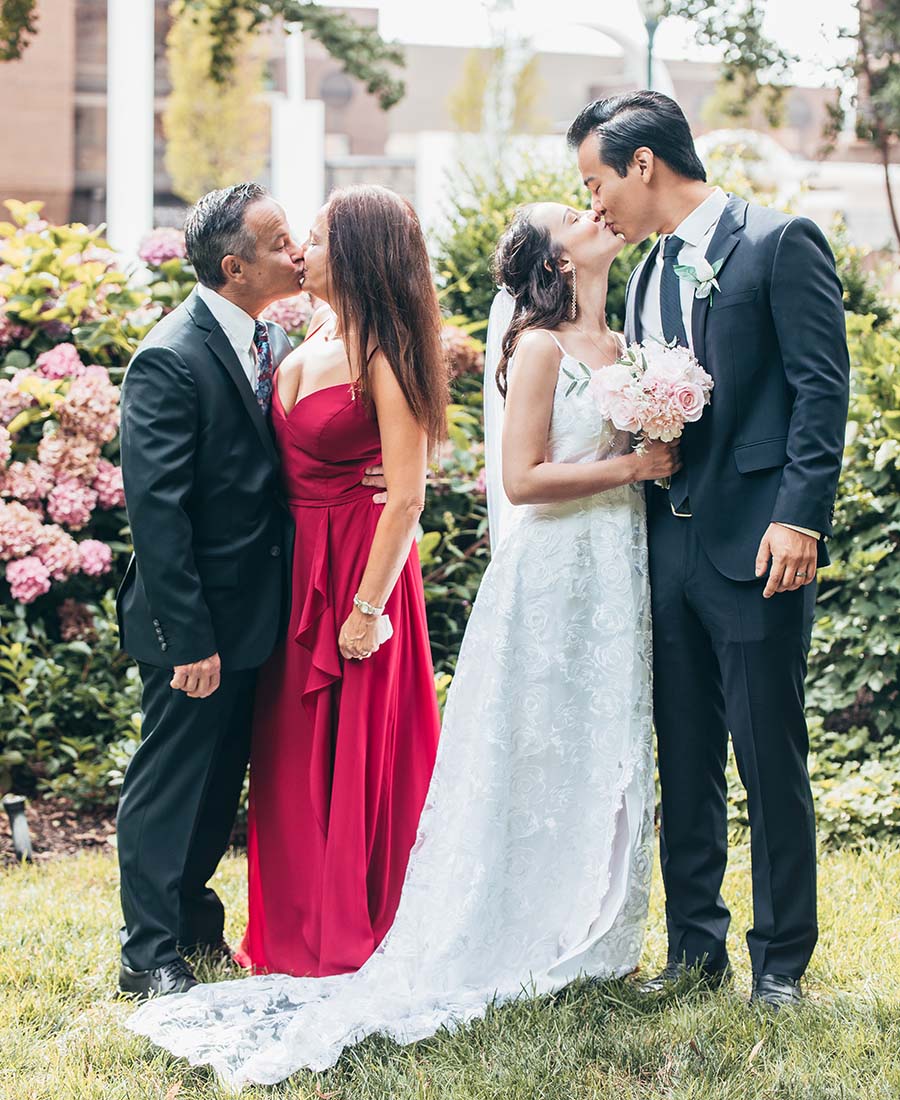 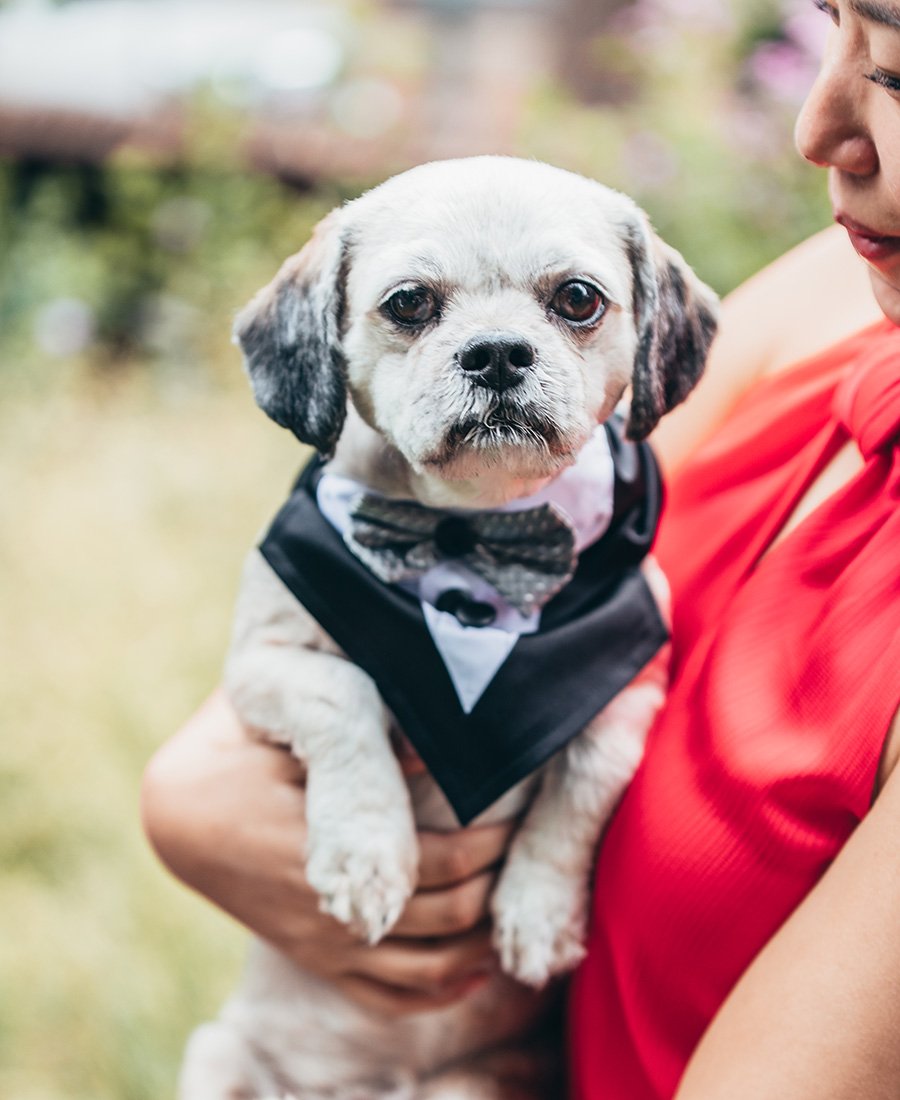 The ceremony itself took place at 9 a.m. The couple wrote their own vows and recited them “to each other in front of God and our family,” says Alex. Family photos followed, then the group went to brunch at Positano Coast. 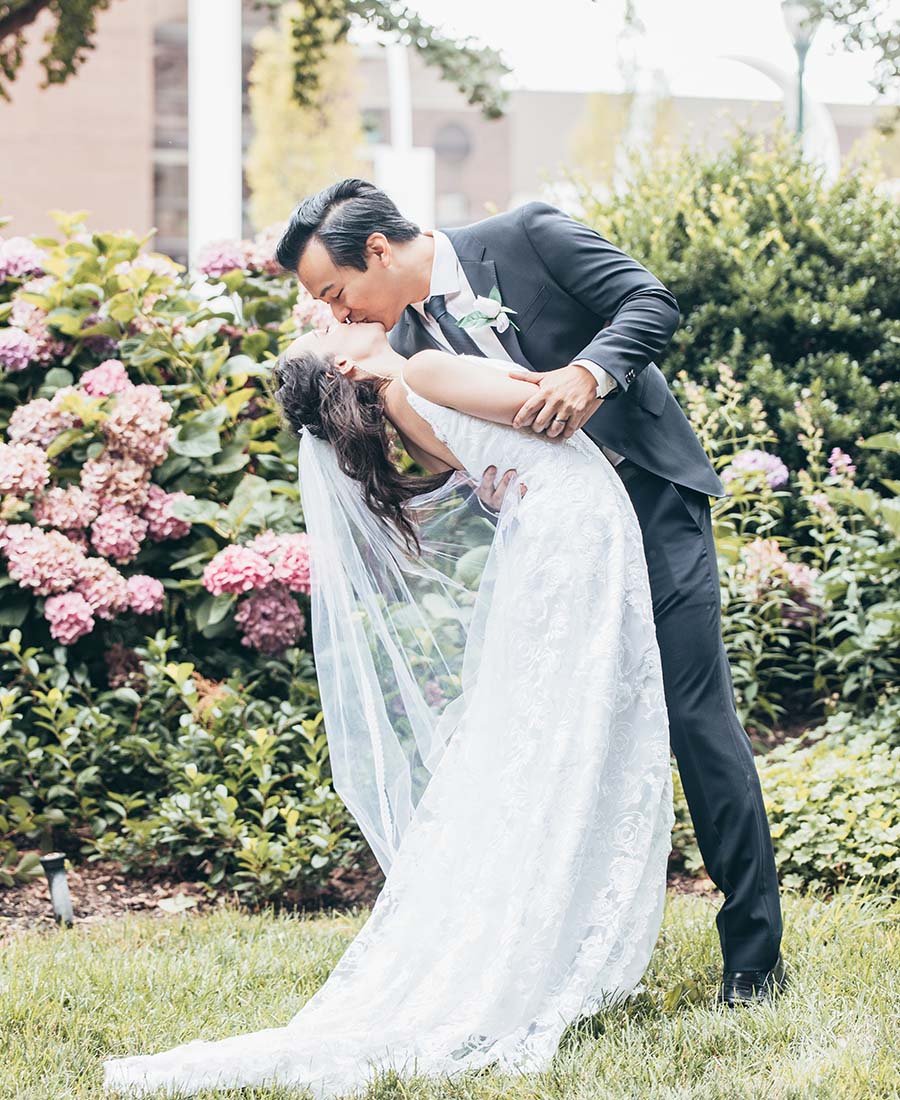 Post-Wedding Musings: “It seems that my life has come full circle,” says Alex. “I spent so much time in Jefferson Hospital’s epilepsy unit, and here I am today living in the city, married to a doctor and working in the medical field at the hospital where I spent weeks and years as a patient. Although I am still living with epilepsy, and I do have setbacks every now and then, I am happy and living life to the fullest.”