The things-that-make-you-go-hmmm custom gown is available in both green and gray camo and comes complete with a matching bow tie for the groom. OK, but what’s with the Busch beer logo? 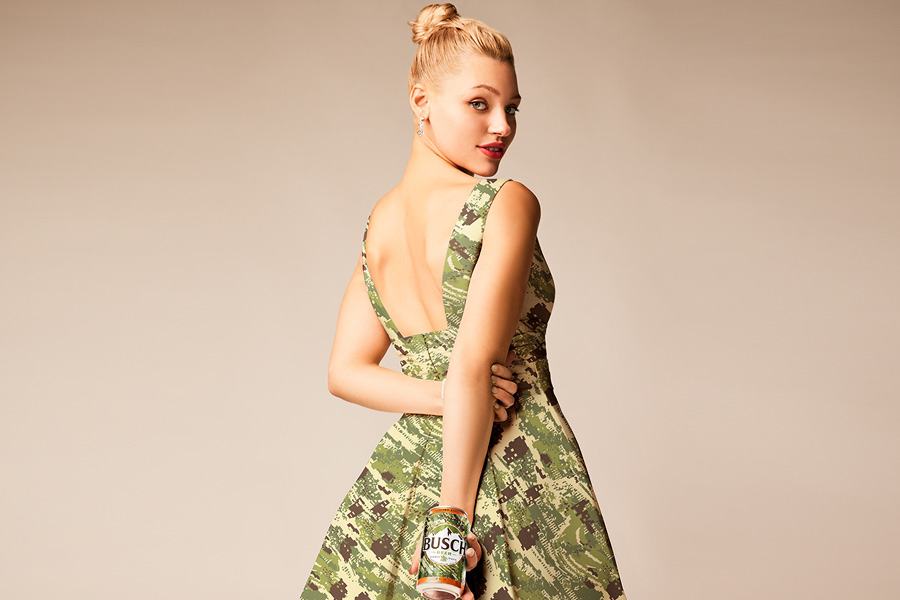 Something old, something new, something borrowed and something, well, camouflaged?! David’s Bridal, the nation’s largest bridal-store chain, recently debuted a new item that raised our eyebrows: a camo wedding dress.

That’s right. For $750, brides can now celebrate one of the biggest days of their lives decked out in a camo wedding dress. The gown is available in both green and gray camo prints. The camo dress also comes with a camo bow tie for the groom.

Here’s a look at the front of the design: 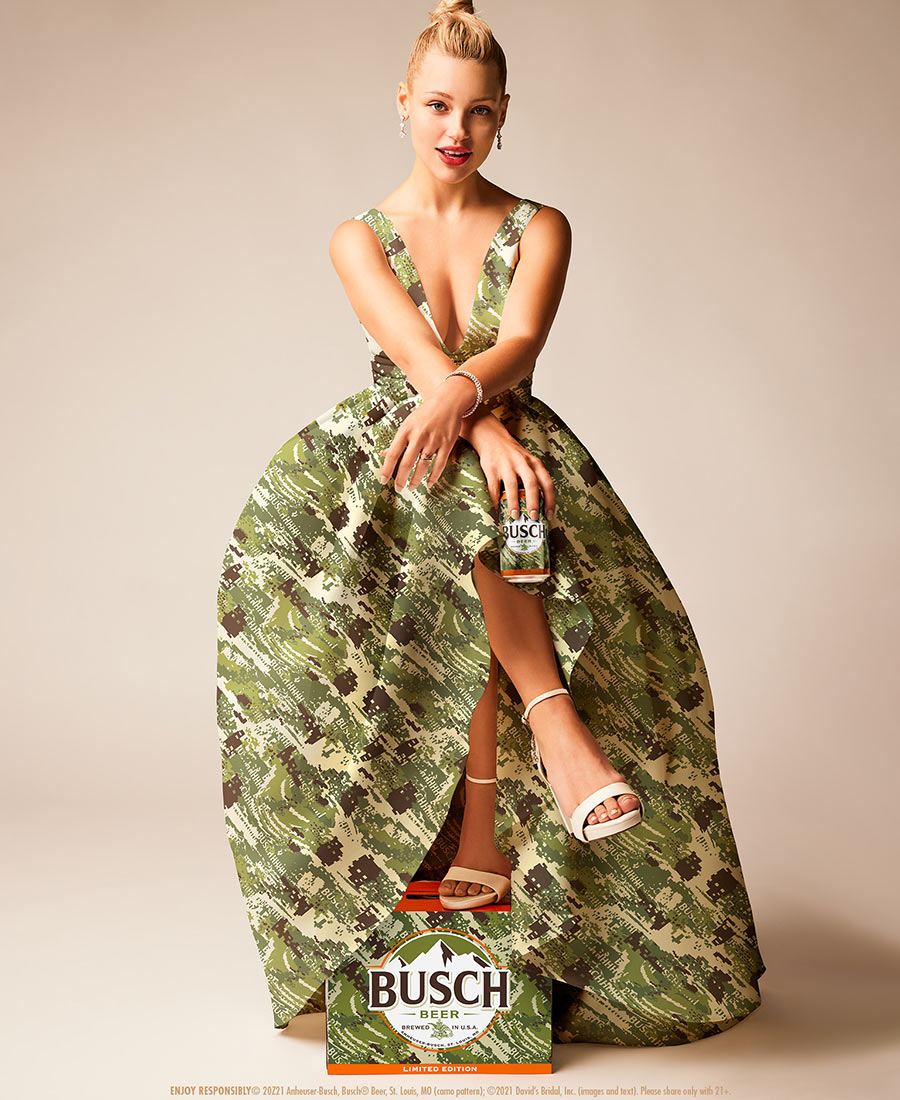 The David’s Bridal camo wedding dress is the result of a collaboration between the company and Busch beer. If you’re scratching your head wondering what the heck camouflage has to do with a beer you may not have realized still existed, you probably don’t know that Busch is hugely popular in the hunting community. Busch’s motto is that it is “brewed for the outdoors.” Busch is offering a limited-edition camo can, which our camo’d bride is seen holding.

Now, a camo wedding dress is one thing. Though wearing camo has been and continues to be controversial in certain camps, plenty of perfectly good people continue to wear camo as a fashion statement. And the idea that we should all stop wearing camo after the insurrection earlier this year is just plain ludicrous.

But equally ludicrous? Wearing a camo gown that has the Busch logo in the pattern as well. Yes. Look closely. Busch’s logo is all over this dress:

And we’re not railing against Busch here. We’re sure it’s perfectly, uh, drinkable, particularly when you’ve been sitting in a hunting blind since 4 a.m. waiting for a deer to move into your crosshairs. But would a bride really want any beer logo or, hell, any brand logo at all on her wedding dress? Would a bride who loves Chipotle wear a Chipotle-branded wedding dress? (Those burrito bowls are dope, though.)

Maybe this is just one of those instances where we say: to each their own.

In any event, the camo dress first became available for order in David’s Bridal stores or through the website on October 26th. The company is accepting orders through November 26th. David’s Bridal spokesperson Kristen Elworthy told us that the company does not release sales data. But she insists the gowns are selling and that they are “seeing a really positive response to both the bow tie and gown.”

We asked Elworthy if she could break down the geographic areas where the camo wedding gowns are most popular. (The Conshohocken-based company has more than 250 shops in the country.) She said she didn’t have that data immediately available. But, she notes, the camo gowns are selling “across the United States.”

“We are seeing an increase in brides considering alternative styles or colors,” she added when we asked if anybody actually wants to wear a camo wedding dress with the Busch logo on it. “Camo is having a big moment right now in fashion, too. The dress is, of course, for a more non-traditional bride. Definitely one who loves the outdoors. This is perfect for a bride who wants something different or perhaps a second dress for her event. And, of course, there are plenty of Busch superfans out there.”

Elworthy went on to say that couples have become even more creative and personal with their weddings during the pandemic and that David’s Bridal is trying to keep up with that trend.