The bride says they were able to re-create the atmosphere of a wedding in India. 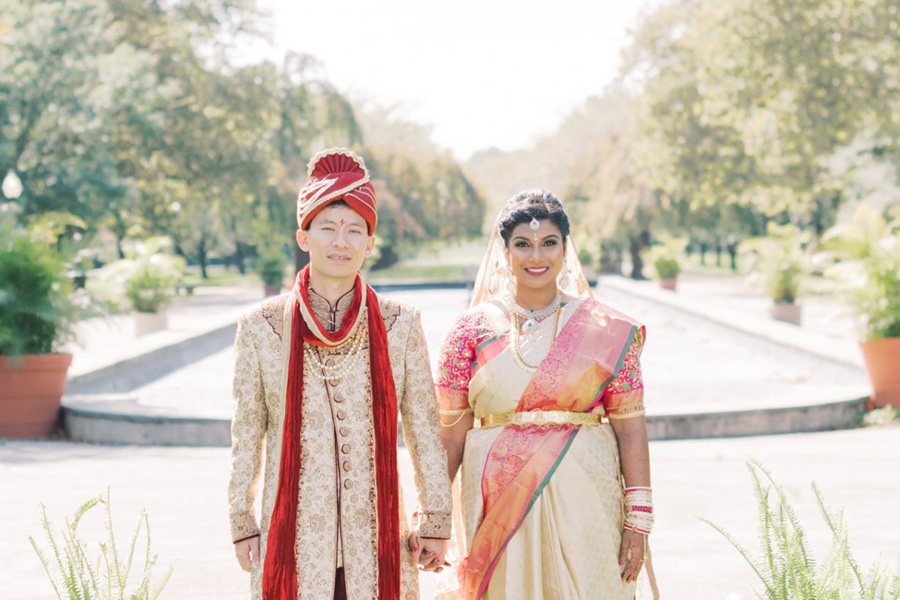 Summer temps are warming up here in Philly, and if you’re like us, you’re savoring every moment you can outdoors, savoring nature and even the heat. So it seems like the perfect time to find future inspiration in venues like the Fairmount Park Horticulture Center. The venue set the scene for this multicultural wedding photographed by Lauren Fair Photography, which paid homage to the couple’s Indian and Chinese backgrounds and was accented by vibrant flowers, personal touches and a lifetime of love. 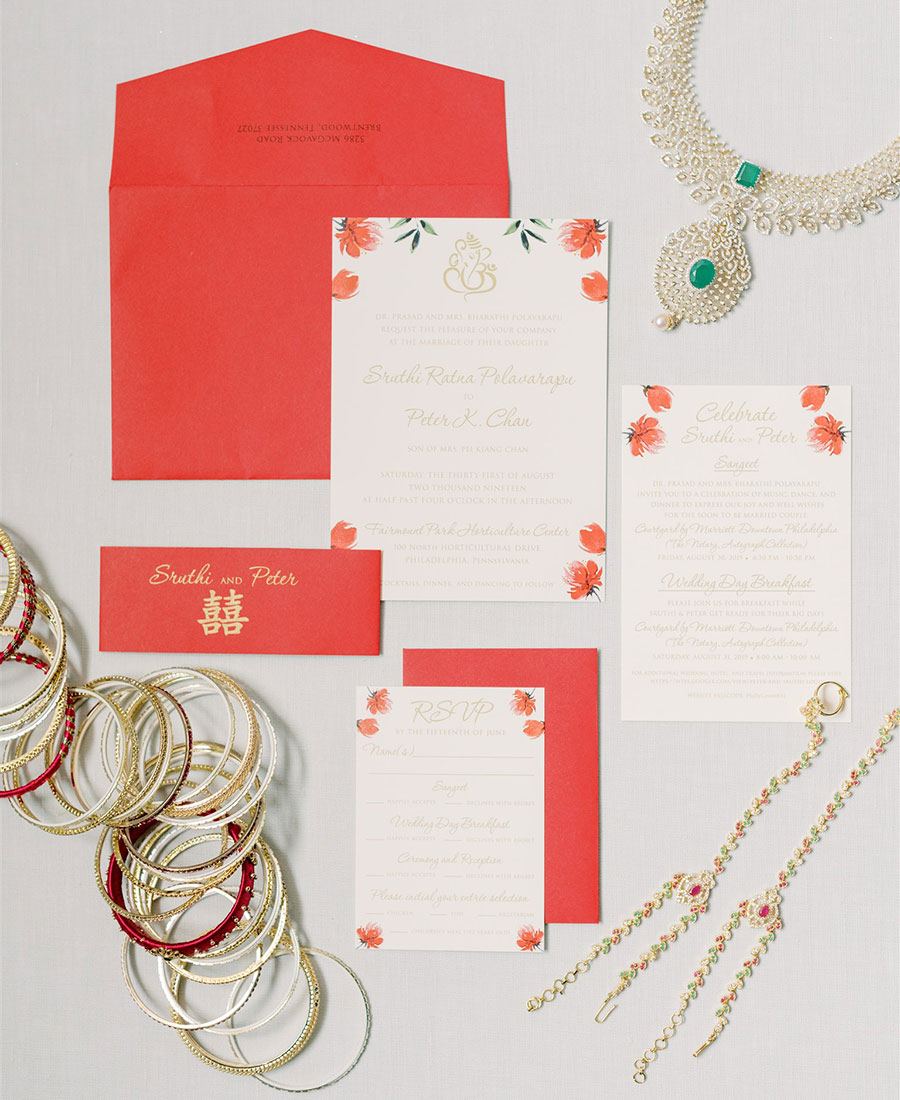 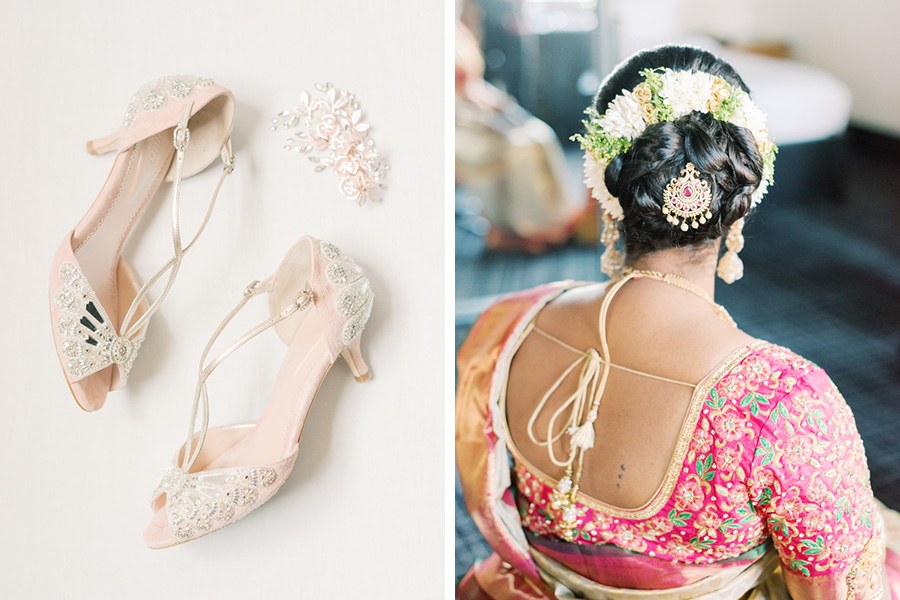 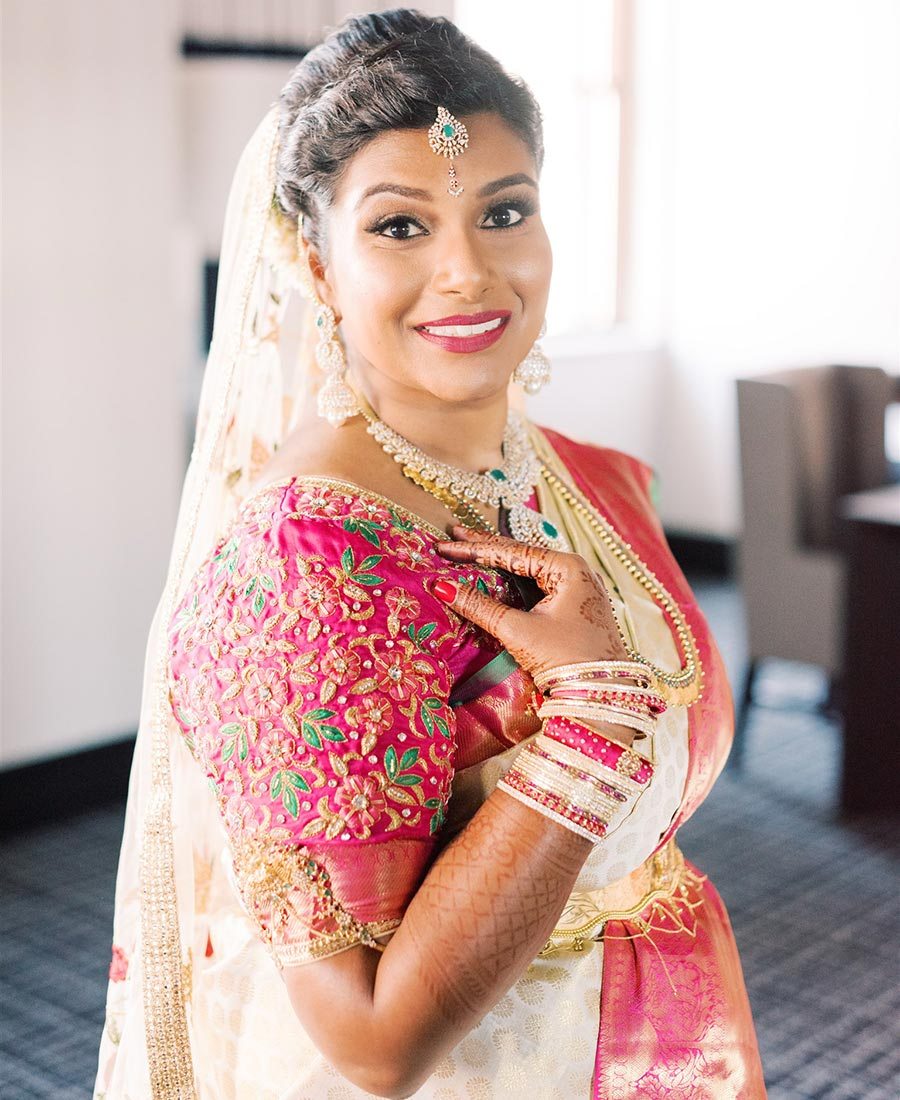 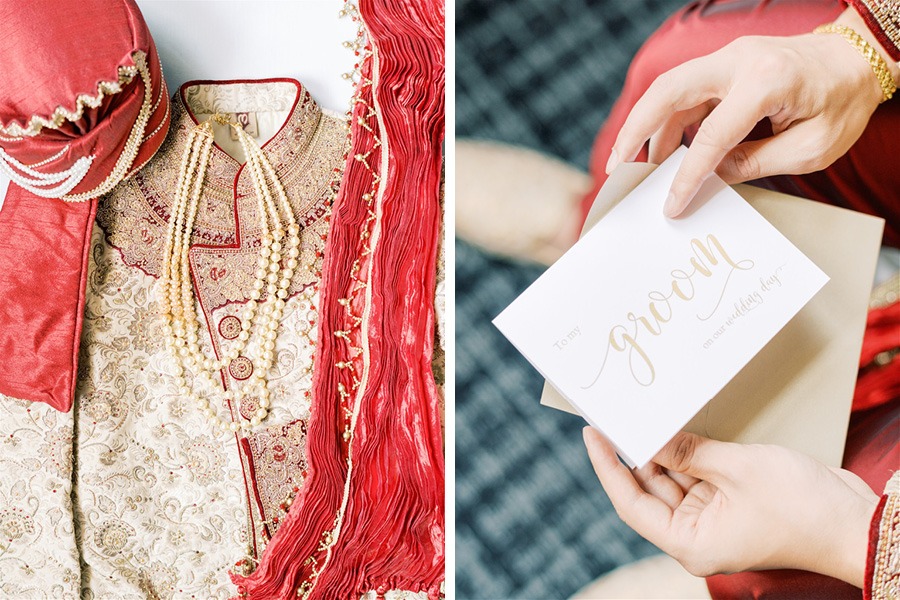 Call it a simple case of mistaken identity, but Sruthi Ratna Polavarapu didn’t know her future hubby’s real name till midway through their second date: A series of confusions (with a dating app and a restaurant reservation) led her to believe she was falling for a fellow named Pedro Peter. “That’s an interesting name,” Sruthi, a neonatologist who’d recently moved to Philly from Nashville, remembers thinking on their first date at Green Eggs Cafe. (They initially met, by the way, on the Coffee Meets Bagel app.) But no, it was Peter Chan who stole her heart — an engineer with whom she shares an appreciation for dancing, football and gardening, and who also loves Spanish culture (so much so that his friends call him Pedro, the translation of his actual name). She got up the nerve to ask him about what he was really called on date number two, after they danced to live jazz in the park. “I knew this was someone special,” she says. 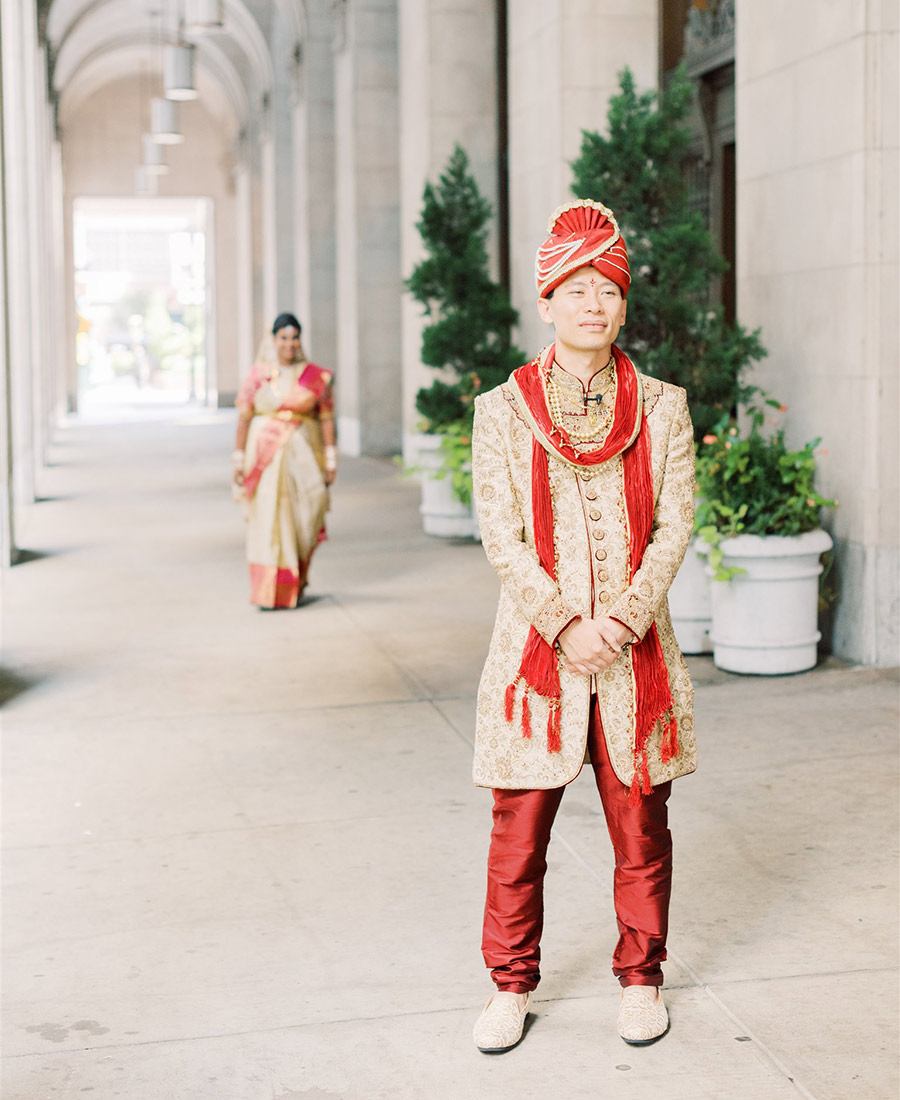 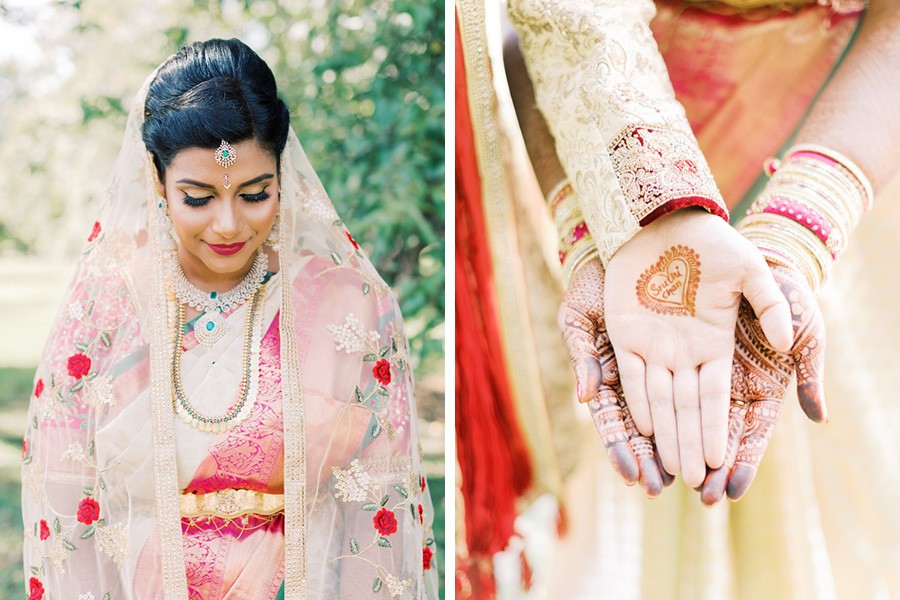 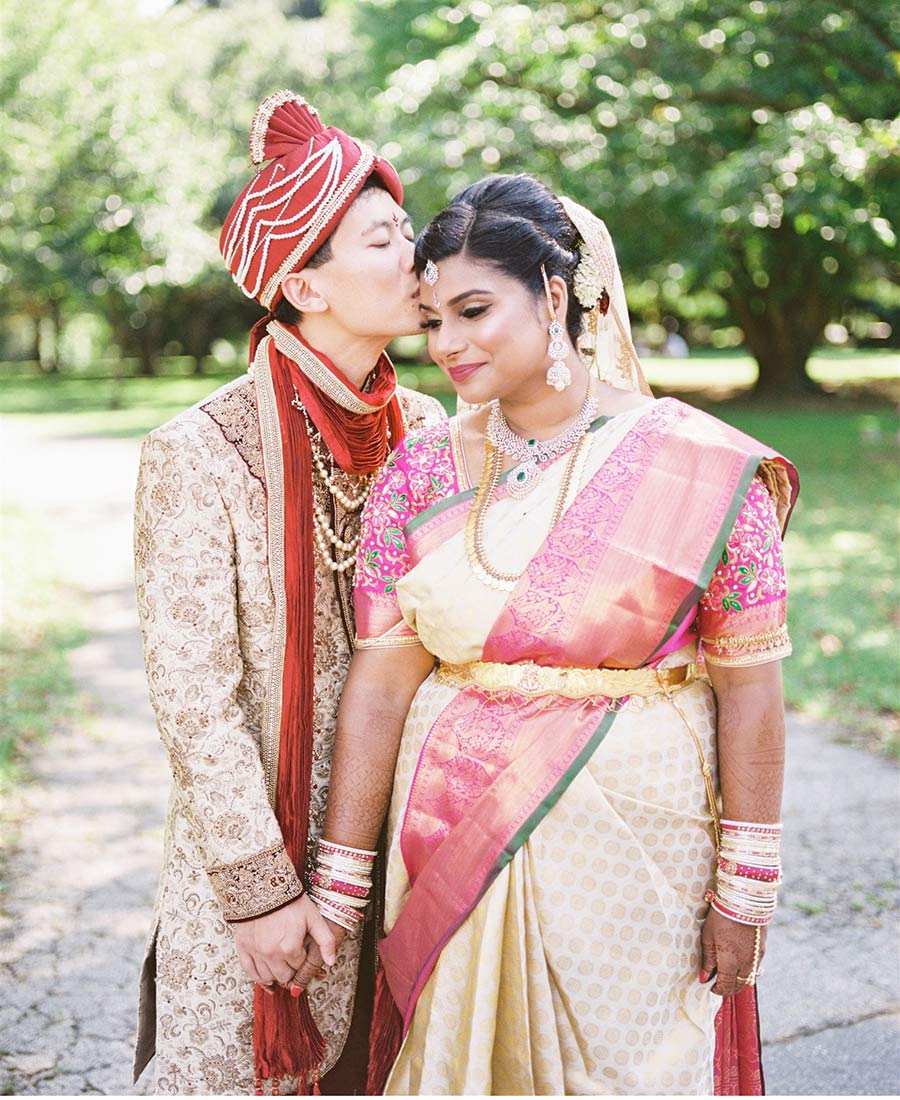 Their summer wedding took place 11 months later, on August 31st, 2019, at the Horticulture Center. It was filled with florals: There were garden roses in deep and light pink, fuchsia and peach, plus dahlias in all hues, orchids, peonies, delphinium, carnations in vibrant tones and more. The celebration also paid tribute to their past, present and future. An art piece displayed images of their first date, proposal and wedding day (the bride’s favorite detail). Their theme combined Indian and Chinese cultures.

Peter and Sruthi wore traditional attire from Hyderabad, India. In keeping with tradition, a mehndi ceremony was performed for the bride, but the groom also got into the spirit with a design that read “Sruthi Chan.” The paste is associated with good luck and positivity; the artist was Henna By Jinal. And during his arrival, Peter danced with Chinese lions (from Penn Lions); he says it was one of his favorite moments. Other highlights were elements such as a Hindu wedding and a Chinese tea ceremony. The former took place beneath a mandap, or canopy, in the greenhouse. “With bright florals and the summer heat, we were able to re-create the atmosphere of a wedding in India,” says Sruthi. 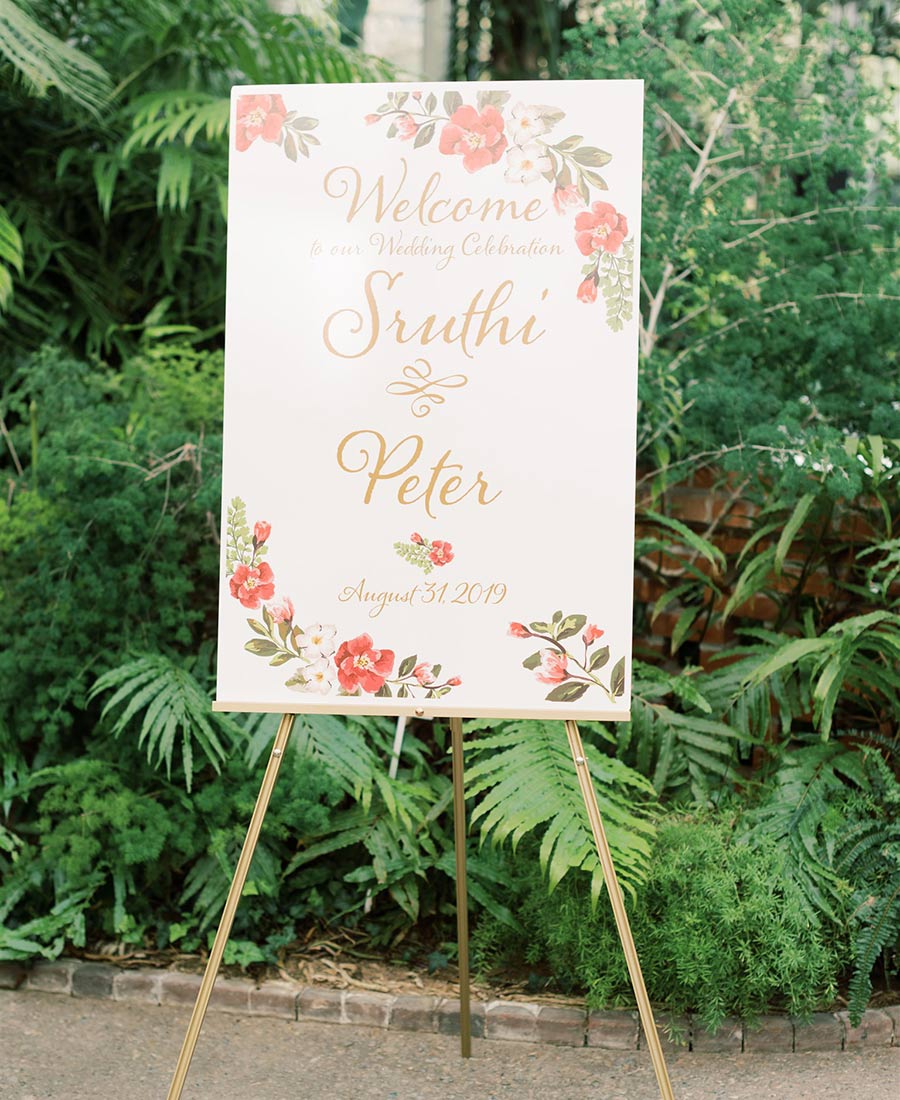 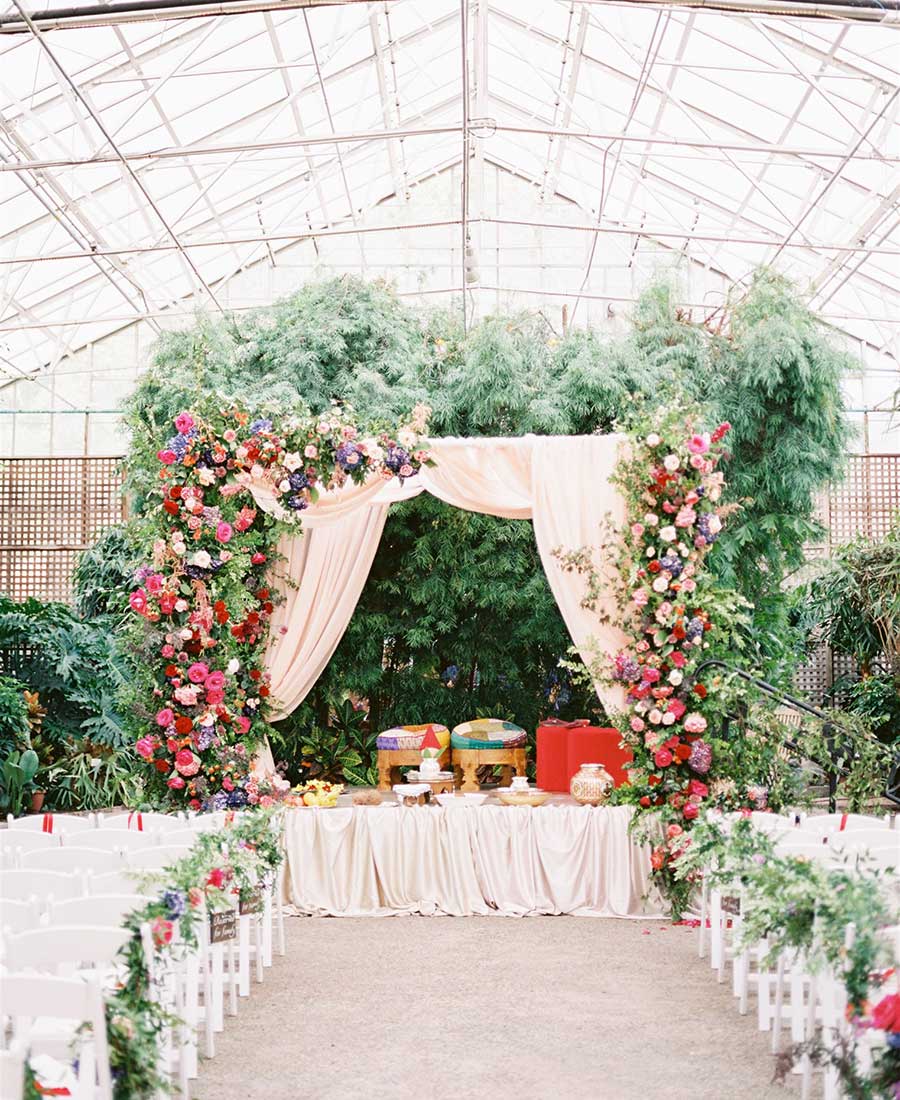 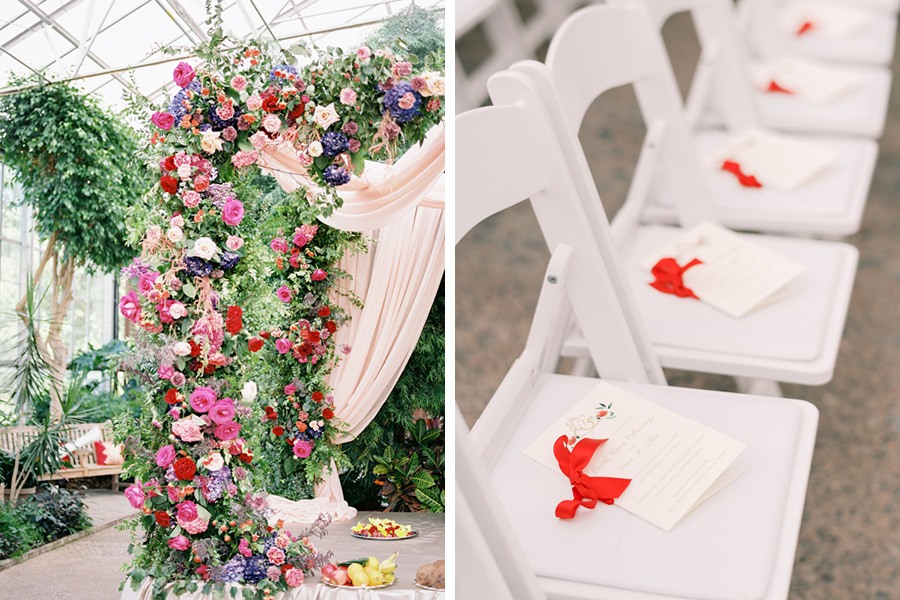 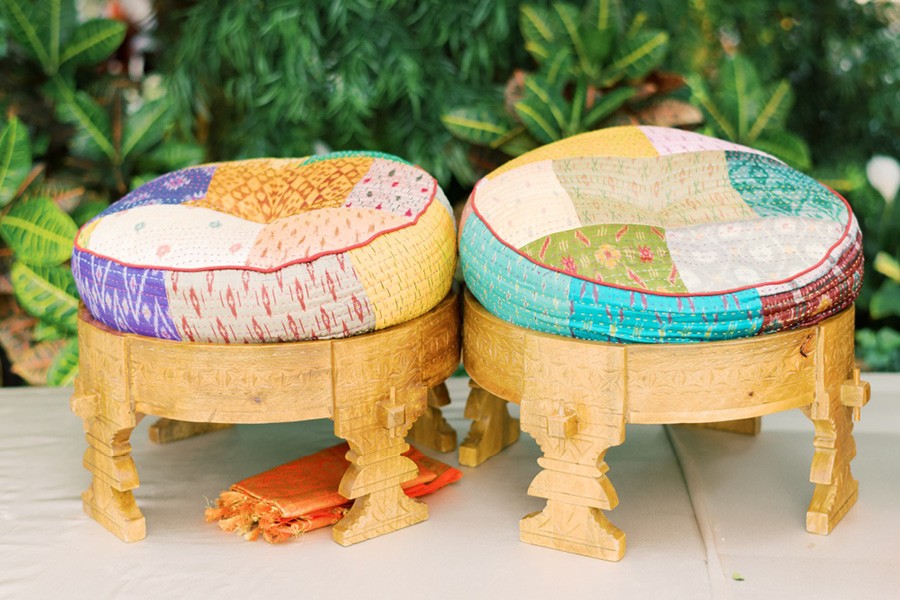 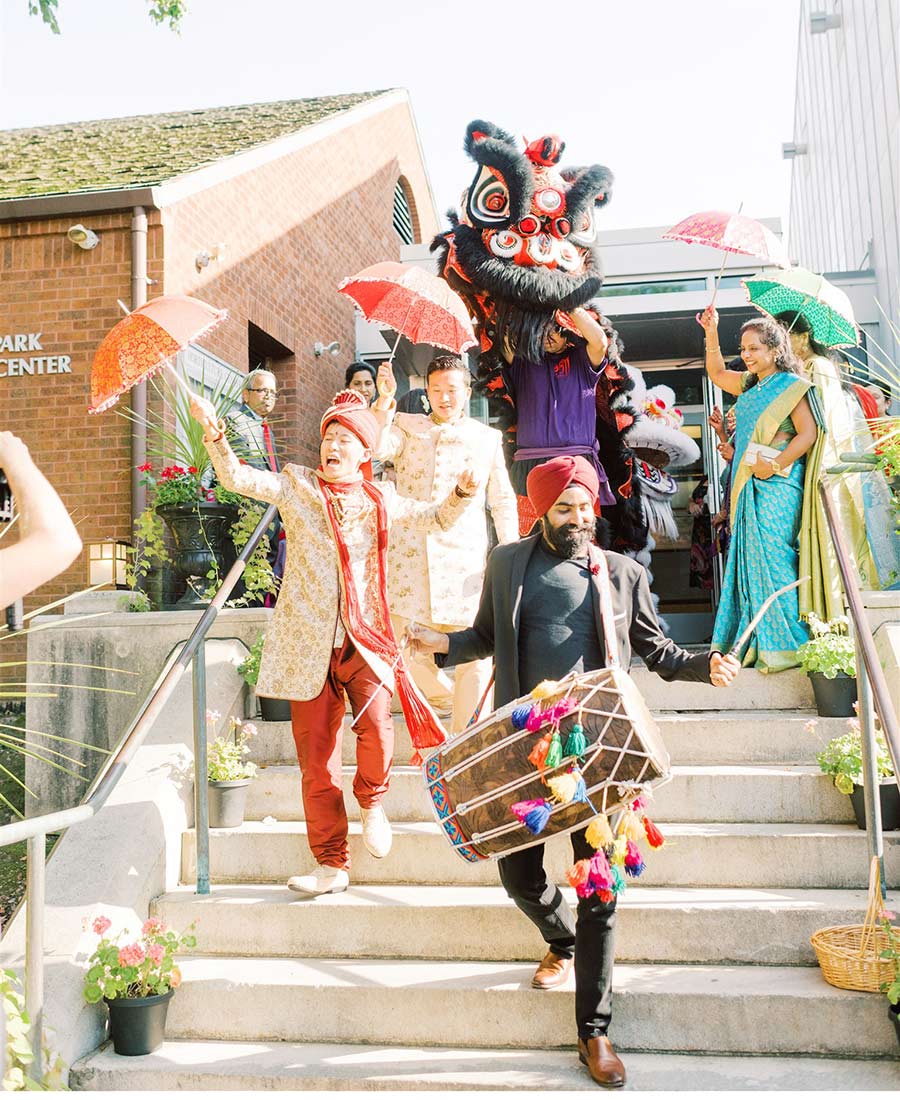 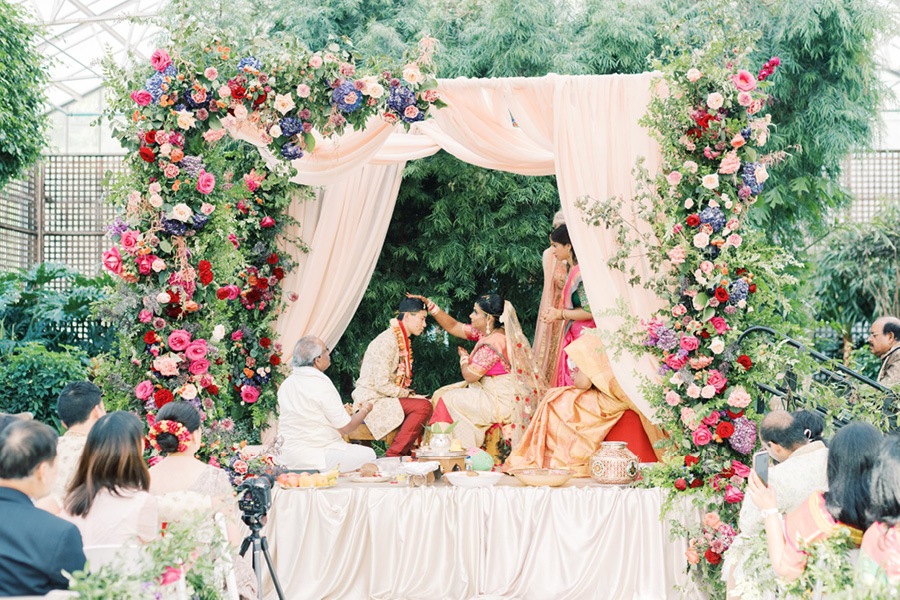 Paper on Pine’s stationery featured red hues, in honor of Indian and Chinese wedding colors, as well as Ganesha and double happiness symbols, often used to celebrate marriage in these cultures. (The seating assignments bore the double happiness symbol, as well.) Fresh Designs created a brightly colored floral installation with hanging candles that floated over the couple as they dined; Sruthi says the greenhouse’s interior reminded her of her grandfather’s village in India. As for the cake? The tiered confection by Nutmeg Cake Design was decorated with shades of red and featured a topper by Everlaser. The treat was crafted from lemon cake with blueberry and blackberry buttercream and vanilla cake with passion fruit buttercream. 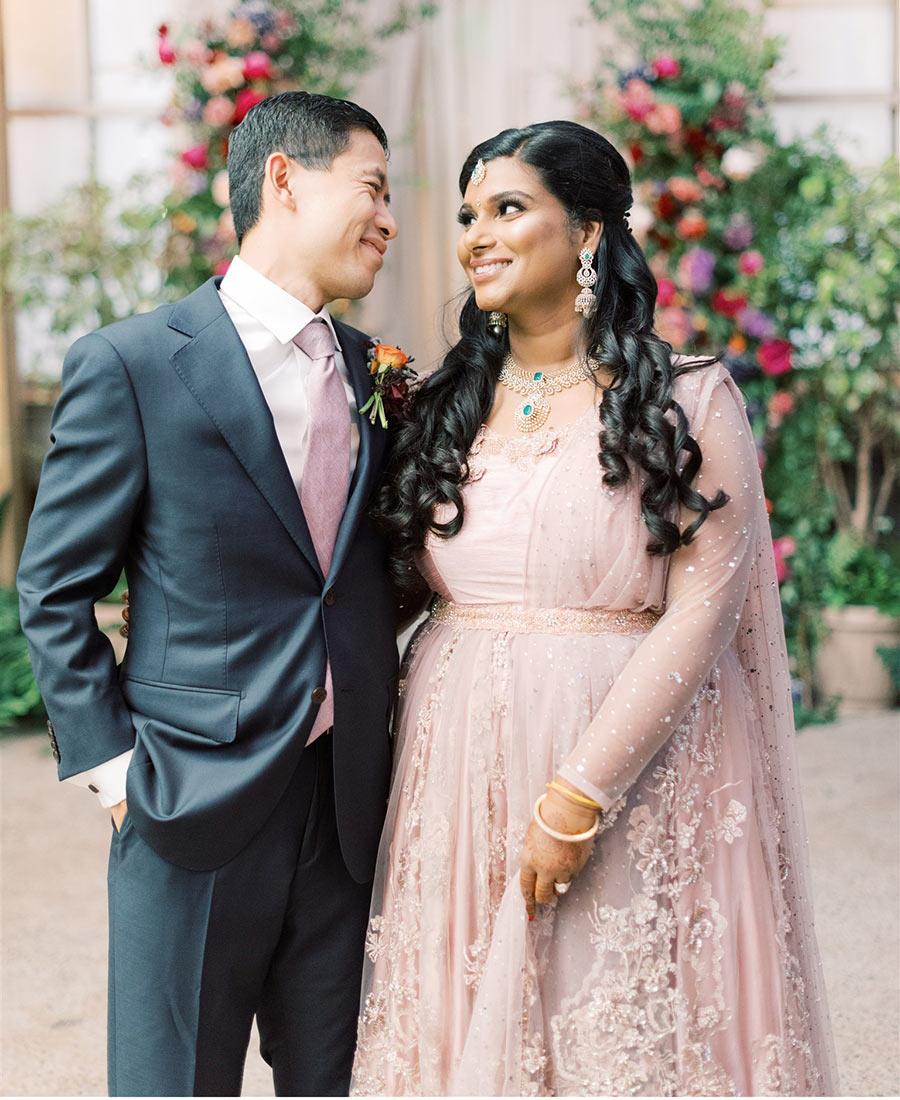 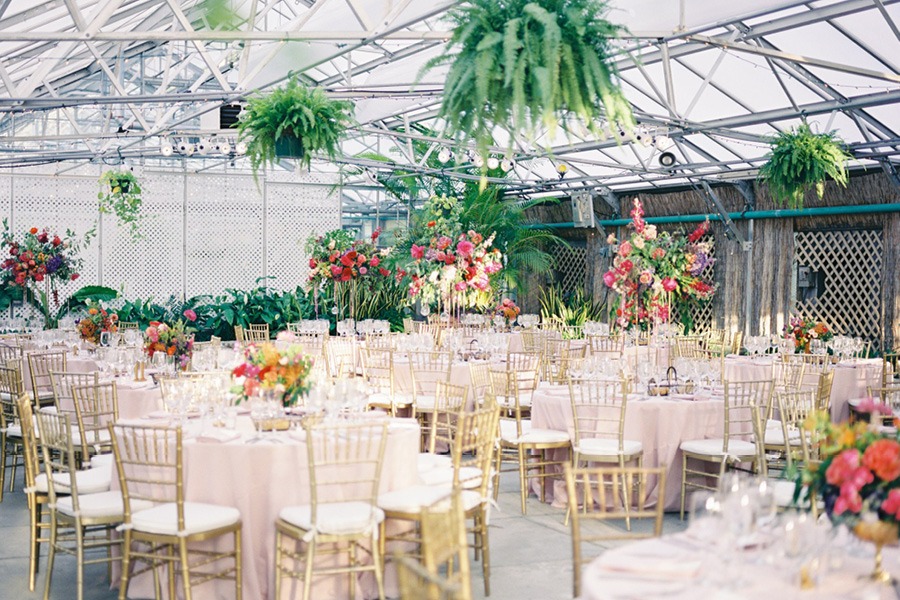 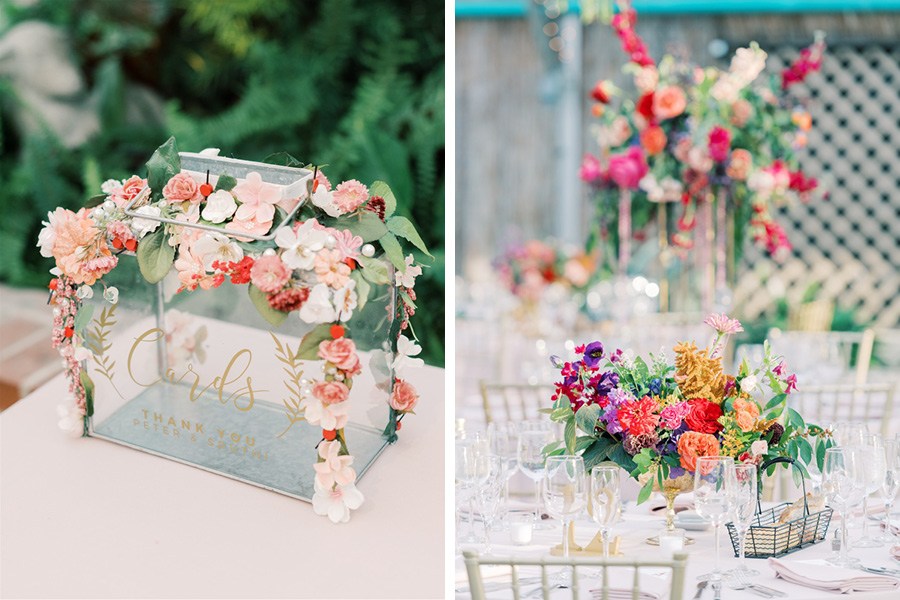 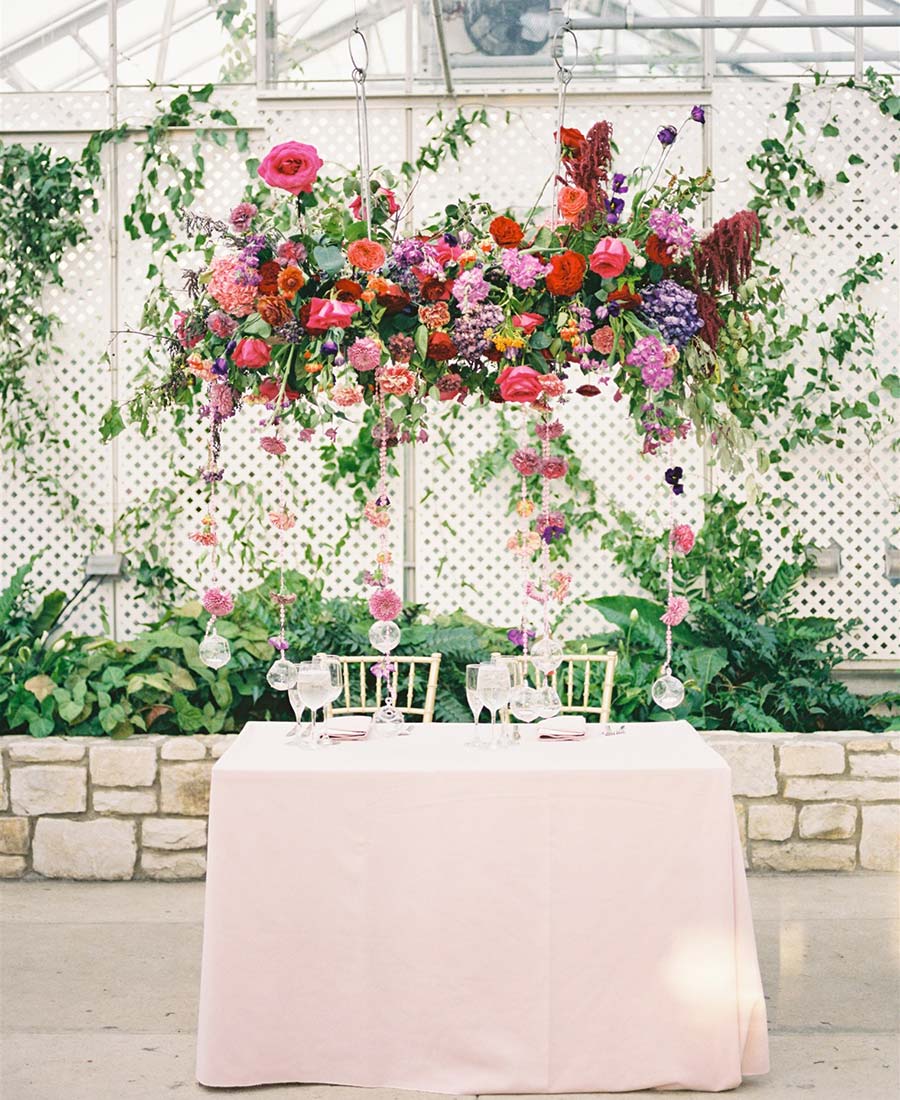 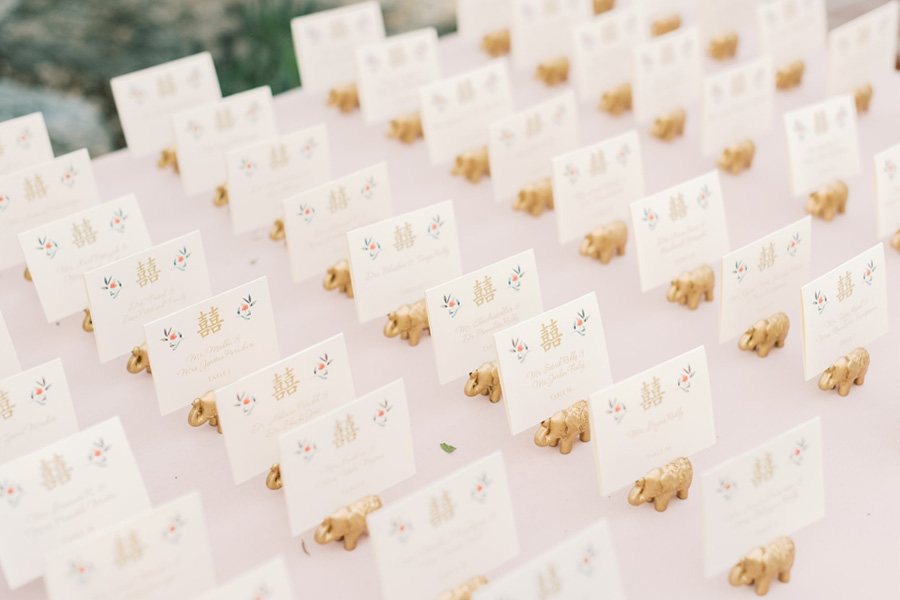 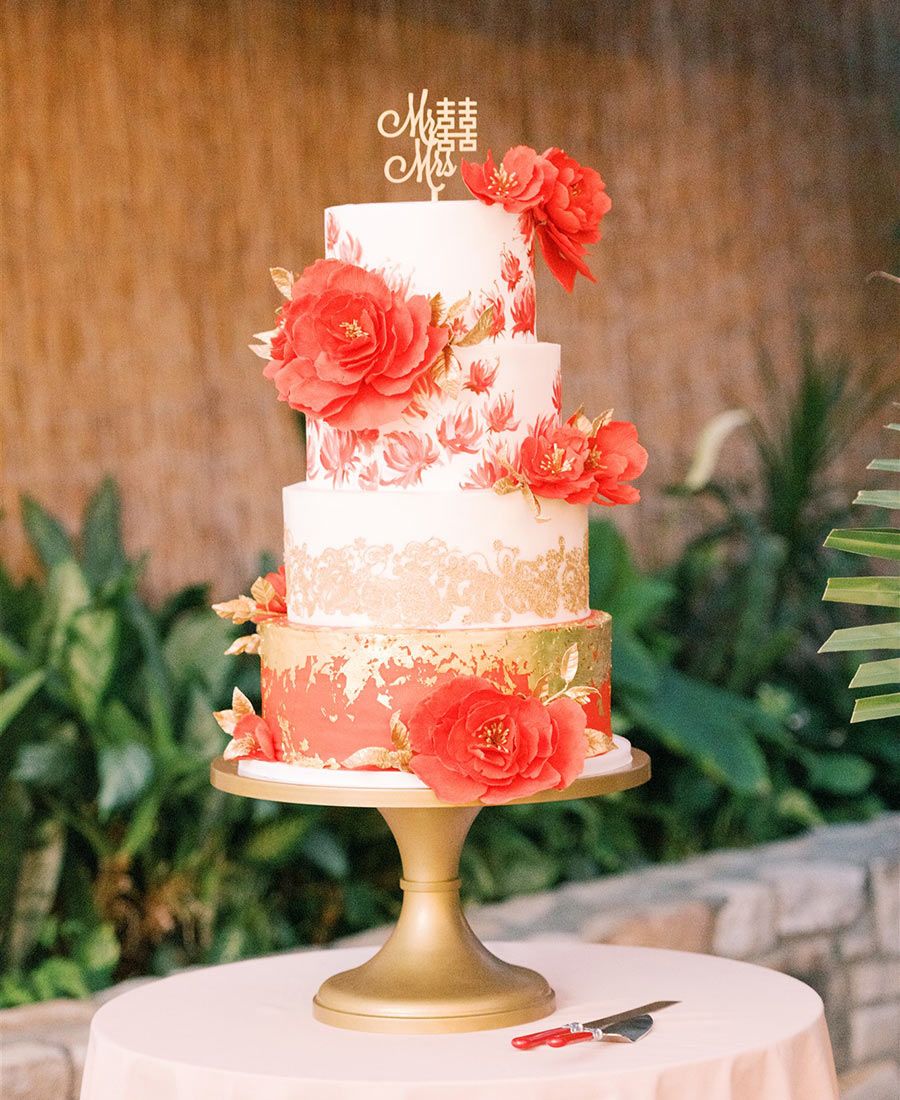 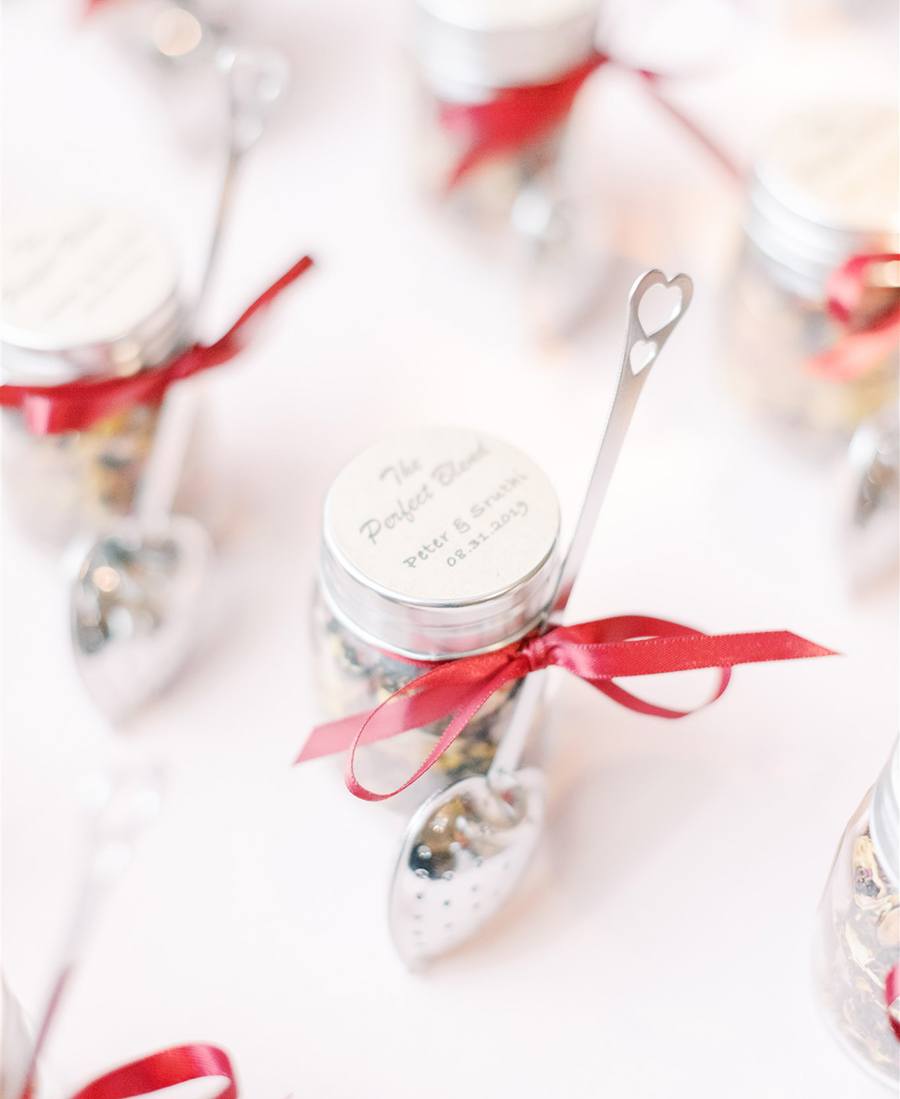 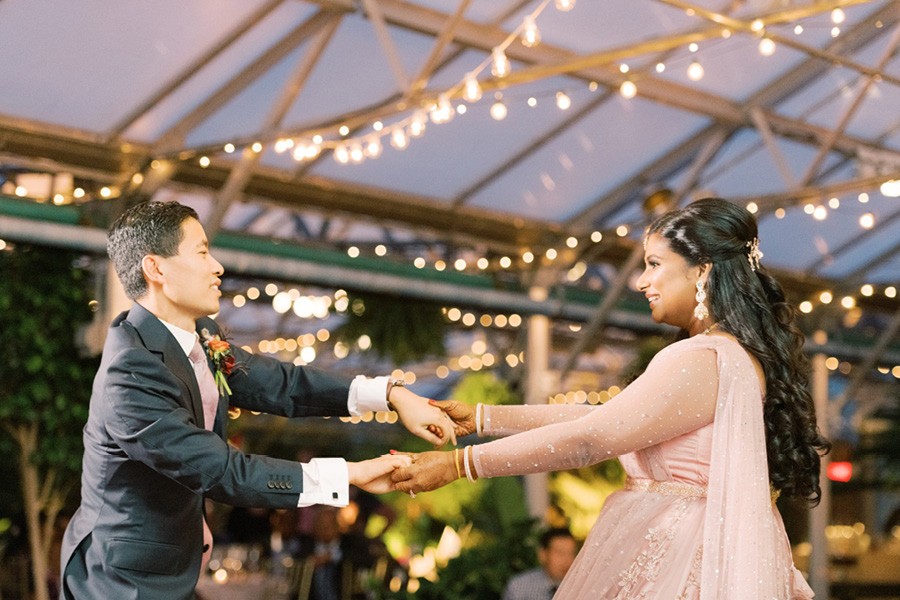 Their first dance was to “L-O-V-E,” by Nat King Cole. “We felt like Ginger Rogers and Fred Astaire,” says Sruthi. Their friends and family (who are “shy dancers,” according to the bride) even joined in the fun. And when the night came to an end, guests went home with mini jars of mango rose tea, aptly named The Perfect Blend.