Pizza, Donuts and Beer Dominated the Dinner Menu at this Rad Boho Wedding

So much color, so much fun. 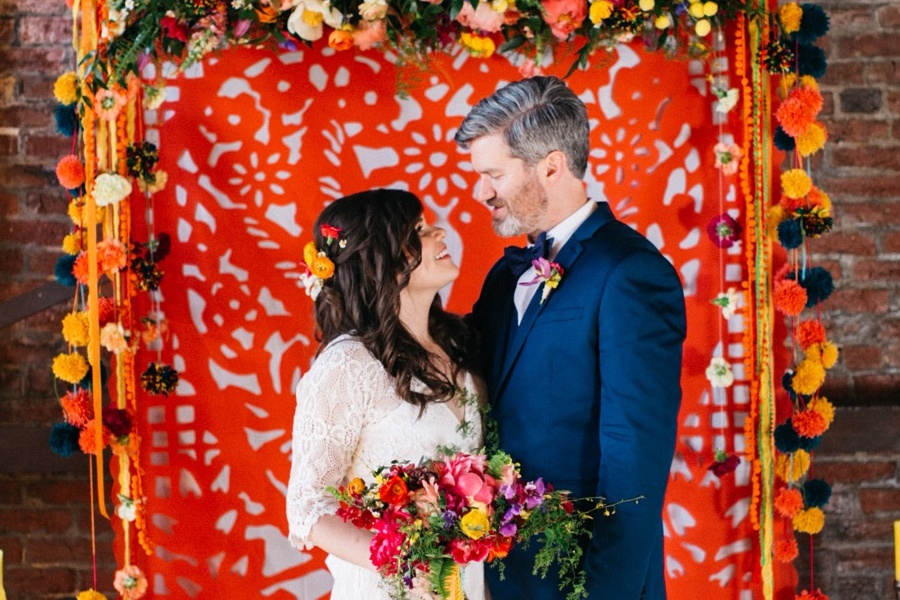 It wasn’t fate or random circumstance that brought Chelsea Calhoun into Andy Bryant’s life, but rather a mutual friend. The two met at Pura Vida, a Latin American restaurant, in January 2012 when Chelsea tagged along for Andy’s 30th birthday dinner. She was promptly smitten by his charm and intelligence — and his love of hot sauce. The attraction was two-way: “She seemed smart and beautiful,” Andy says. “I had a crush on her immediately.”

The pair made their relationship official on Cinco de Mayo that same year. Two years later, Andy knew he wanted to pop the question — he just didn’t know when. “I had been carrying the ring around for a few months. I wanted to propose, but the timing never felt right,” he says. See their bright and joyous Mexican folk art-inspired wedding day celebrations in these shots captured by Peach Plum Pear Photography. 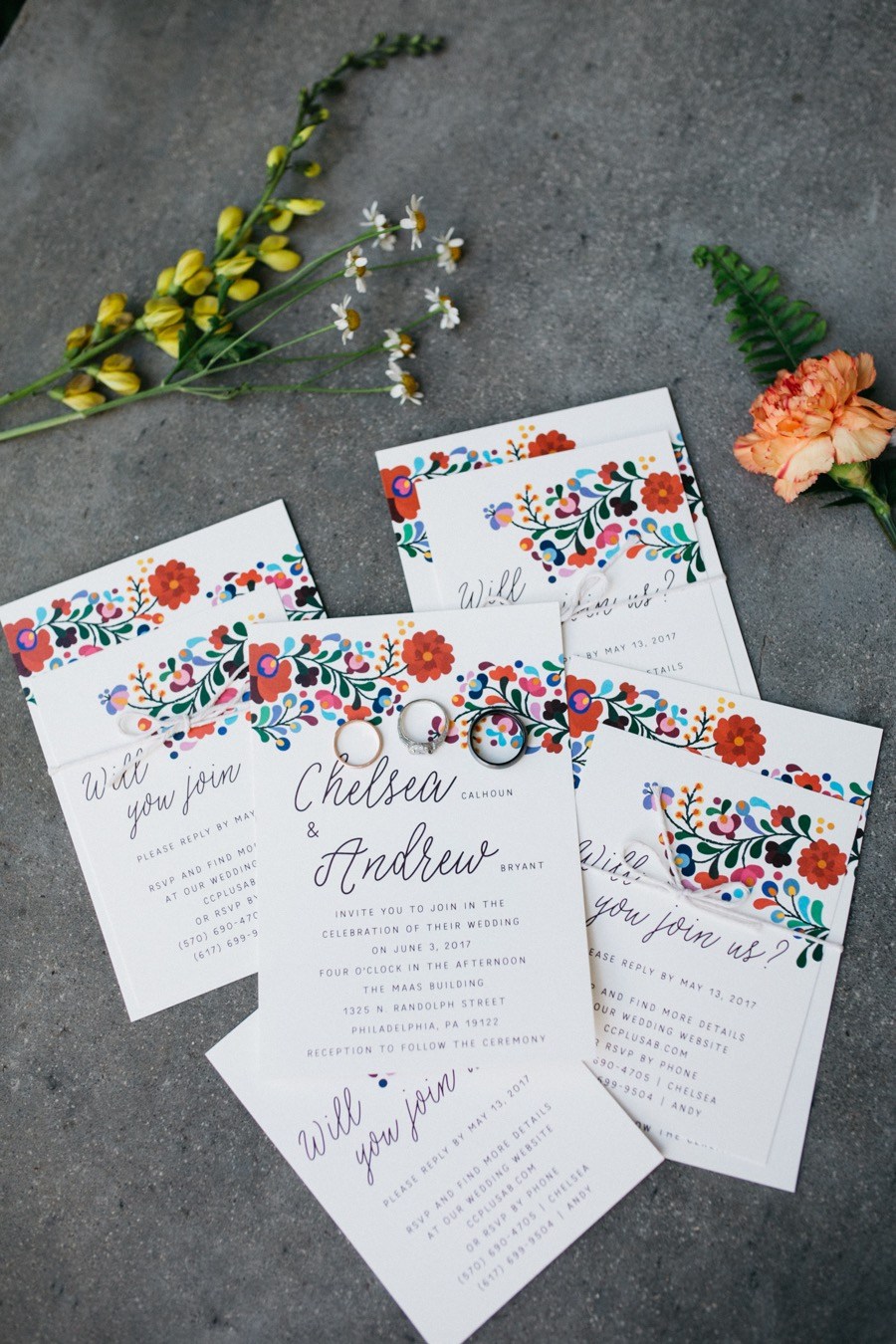 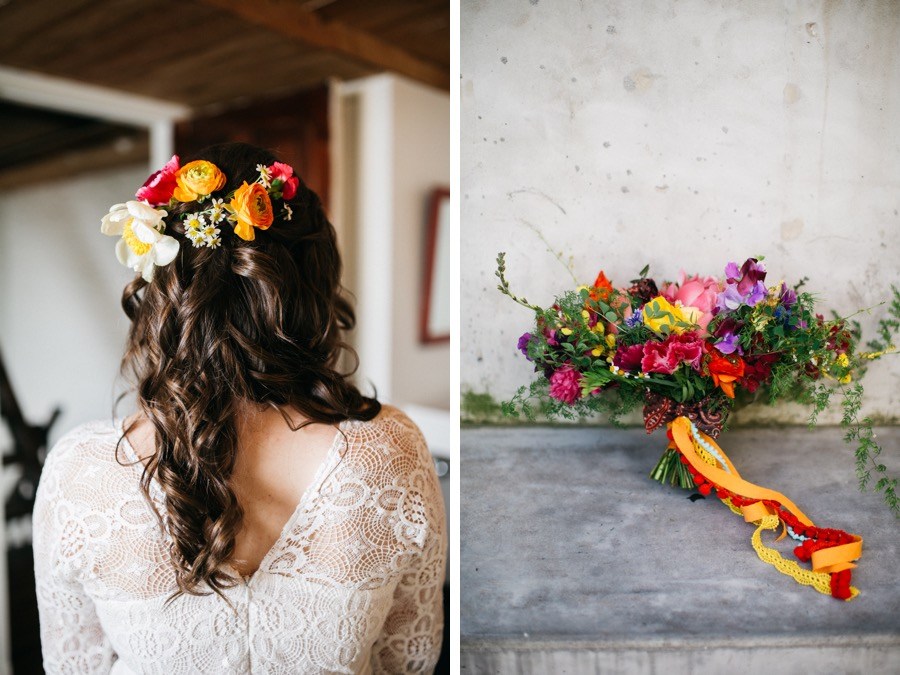 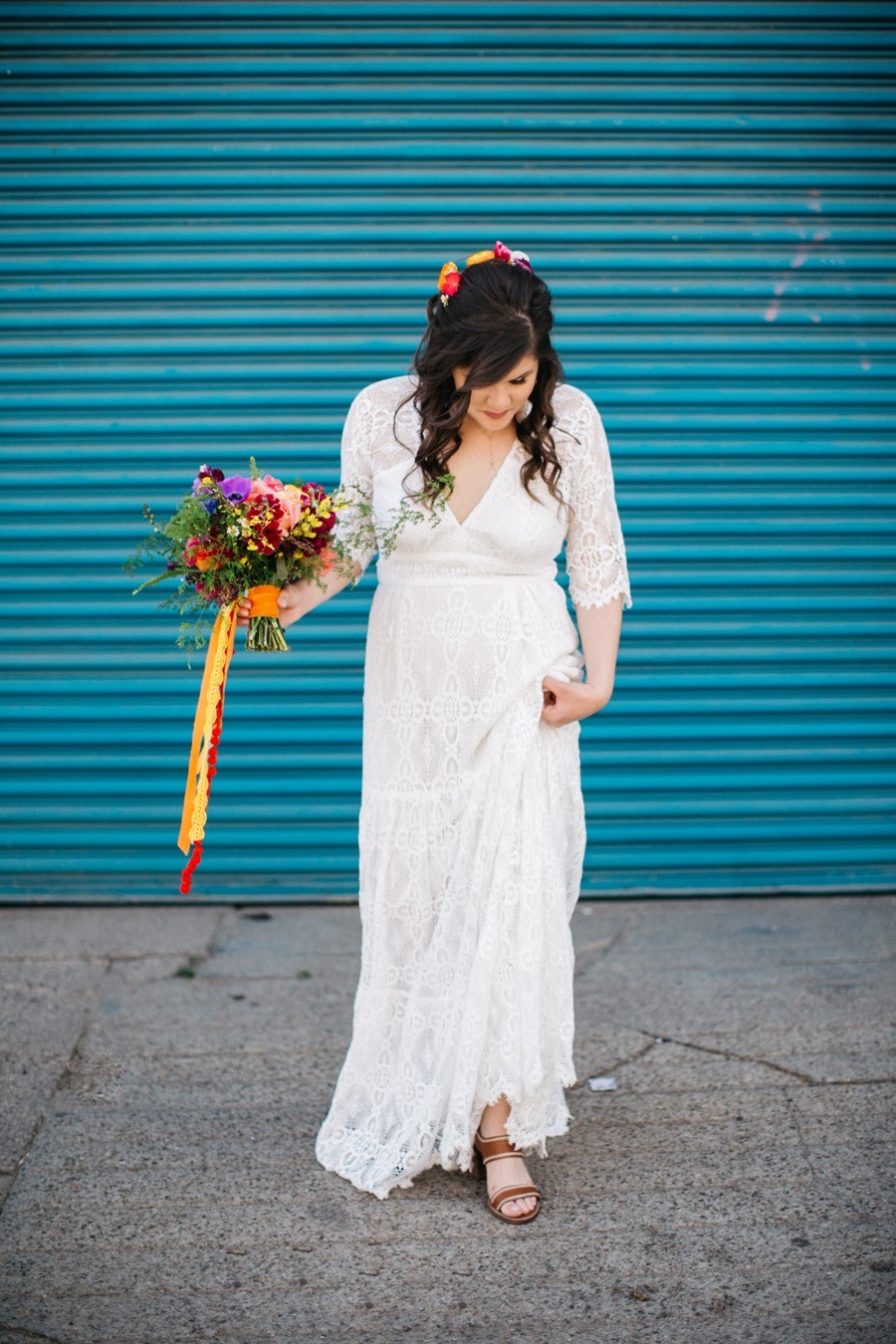 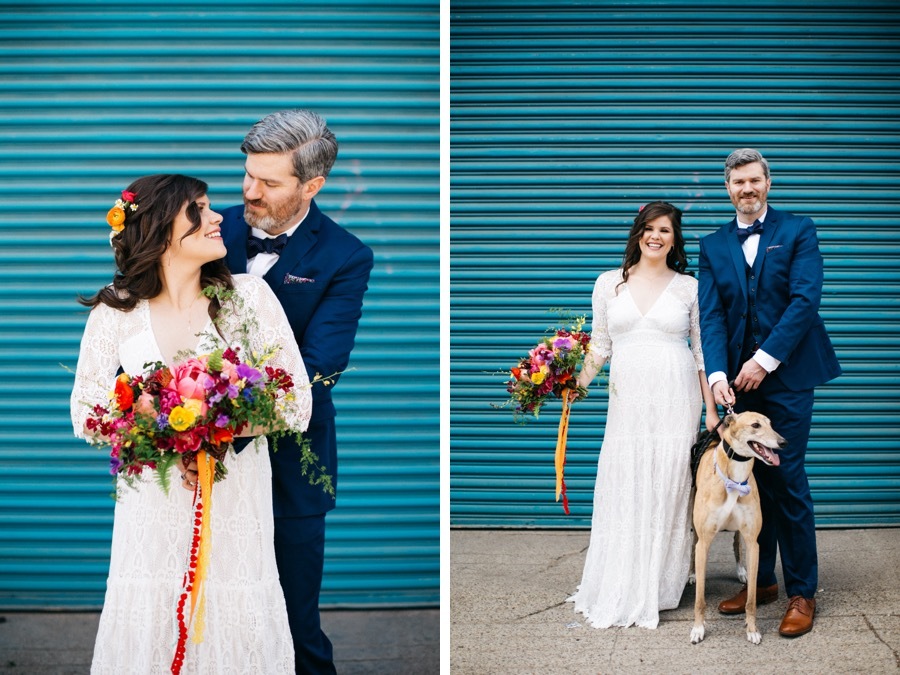 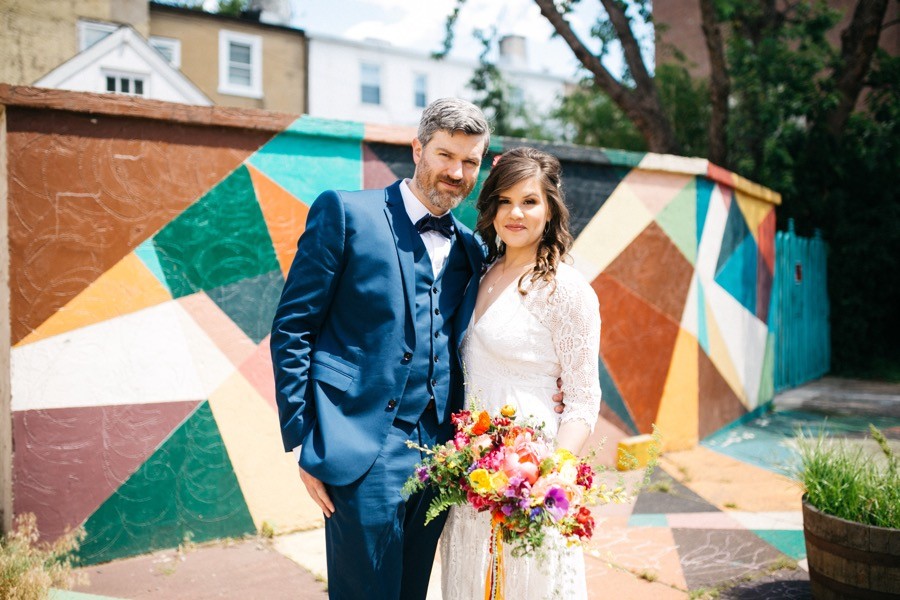 Finally, in March 2015, it happened. The Kensington-based couple, who had just returned from a trip to Florida and weren’t ready for the fun to end, trekked downtown for a tour of City Hall’s tower. Andy knew the right time had come when they reached the top, so he seized the moment and proposed. Chelsea said yes, and the newly engaged couple celebrated all night — first at Zavino, then at El Rey, and then at a folk-punk show at the First Unitarian Church.

This past June, they wed at the MAAS Building in Kensington. The heartfelt DIY extravaganza included many personal details, like the addition of Chelsea’s father’s wedding bow tie and cummerbund to her bouquet. Thanks to coordinator Miriam Singer and freelance florist Adriene Billet, the bride’s vision of a wedding that was “multi-colored, vintage and bohemian-y” came to complete fruition. 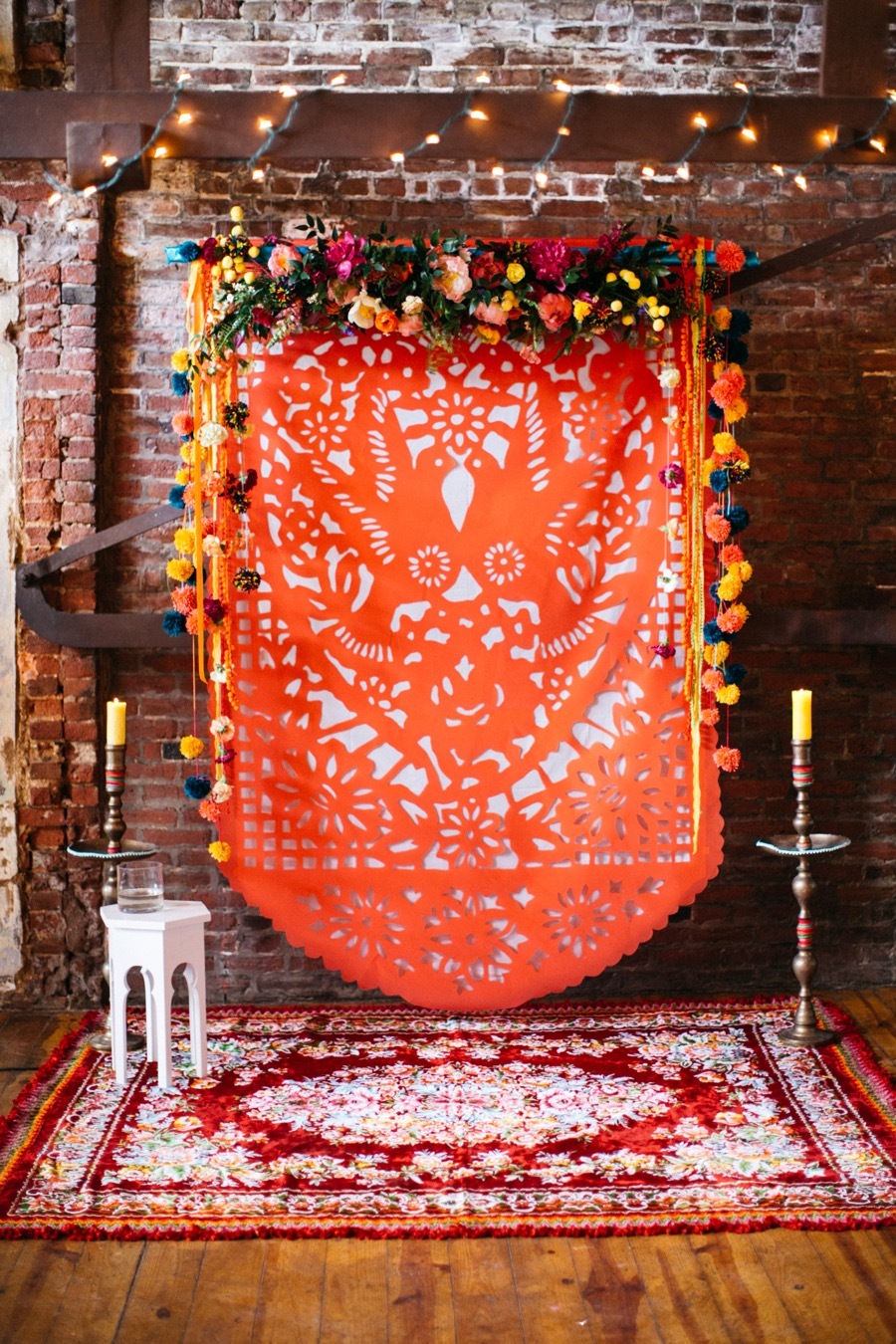 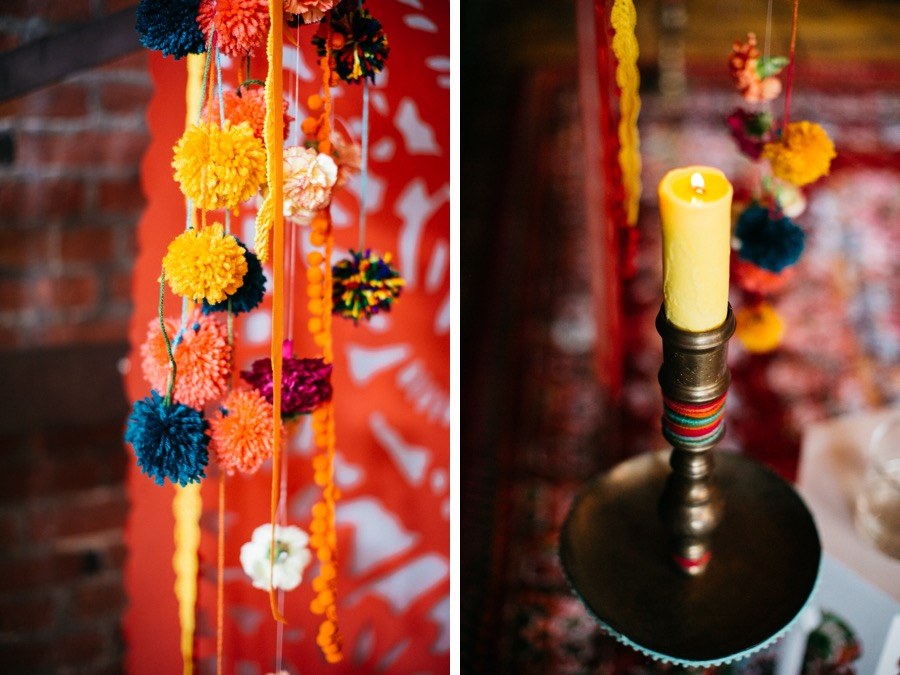 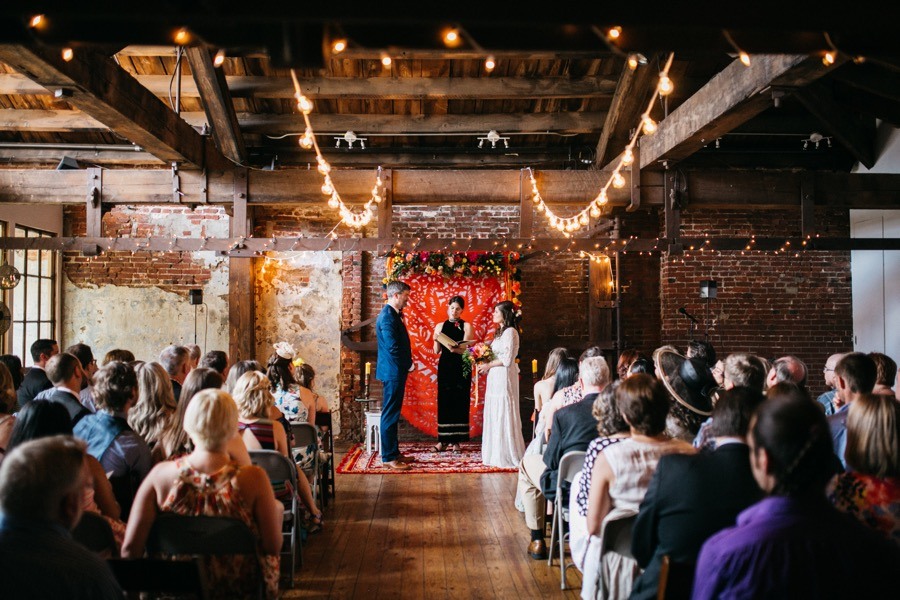 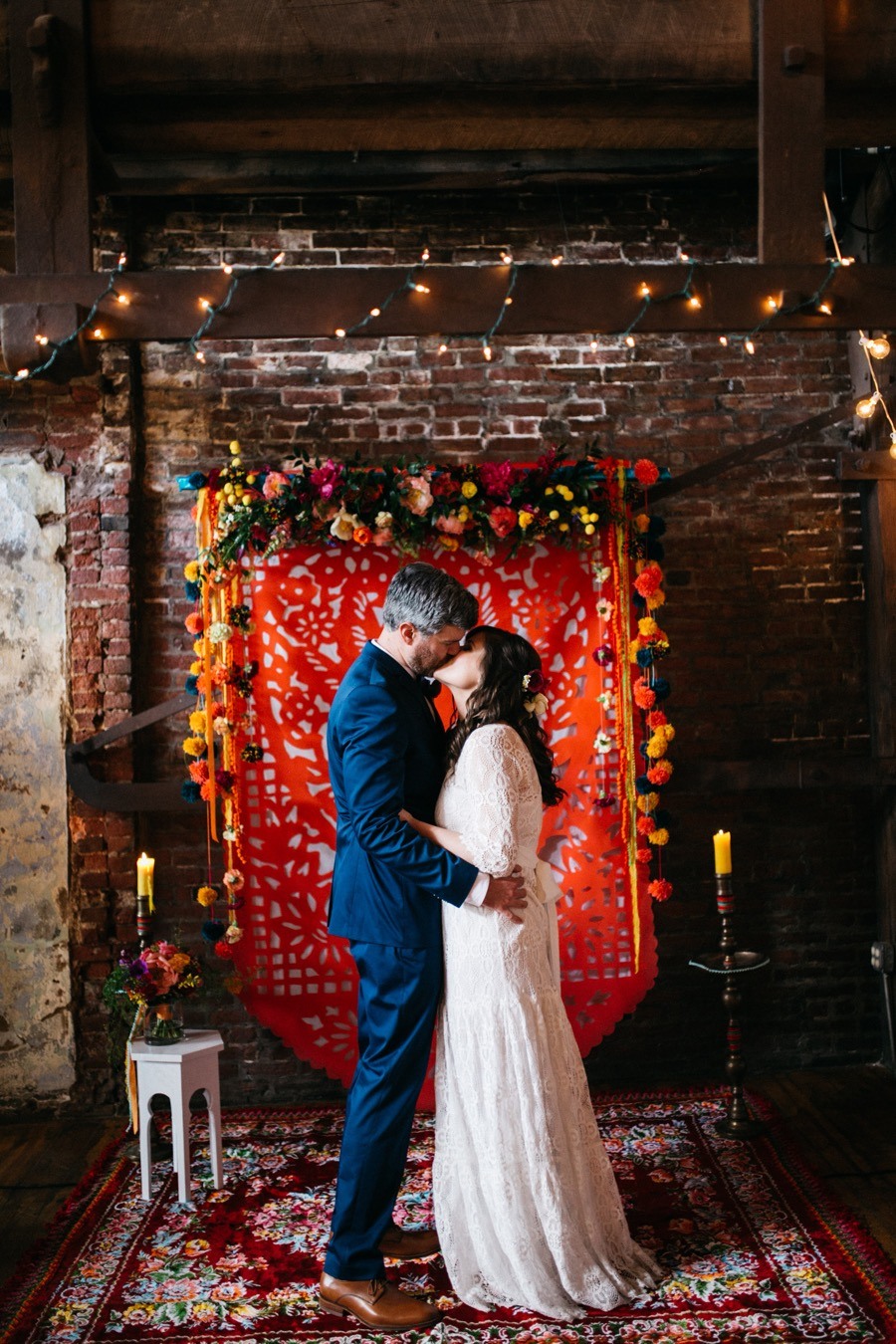 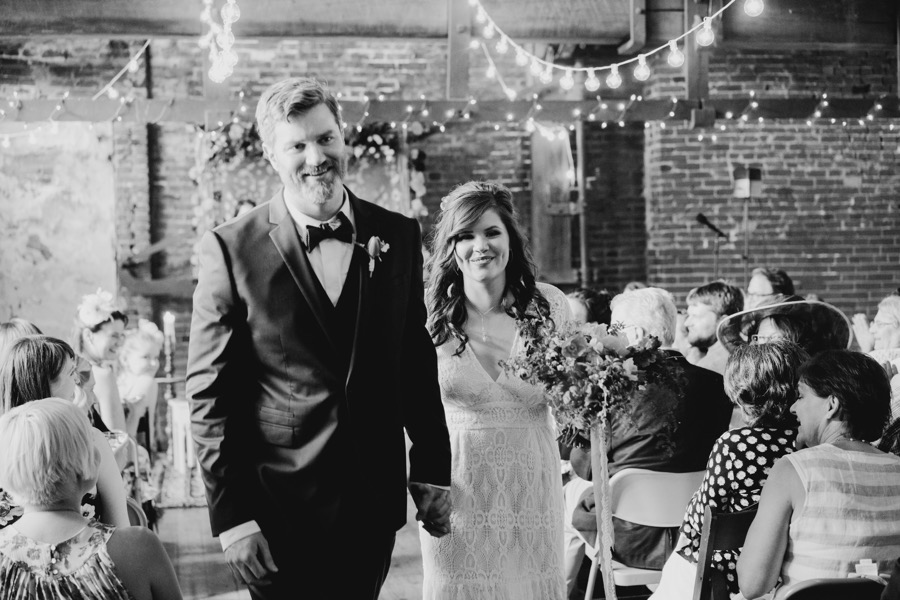 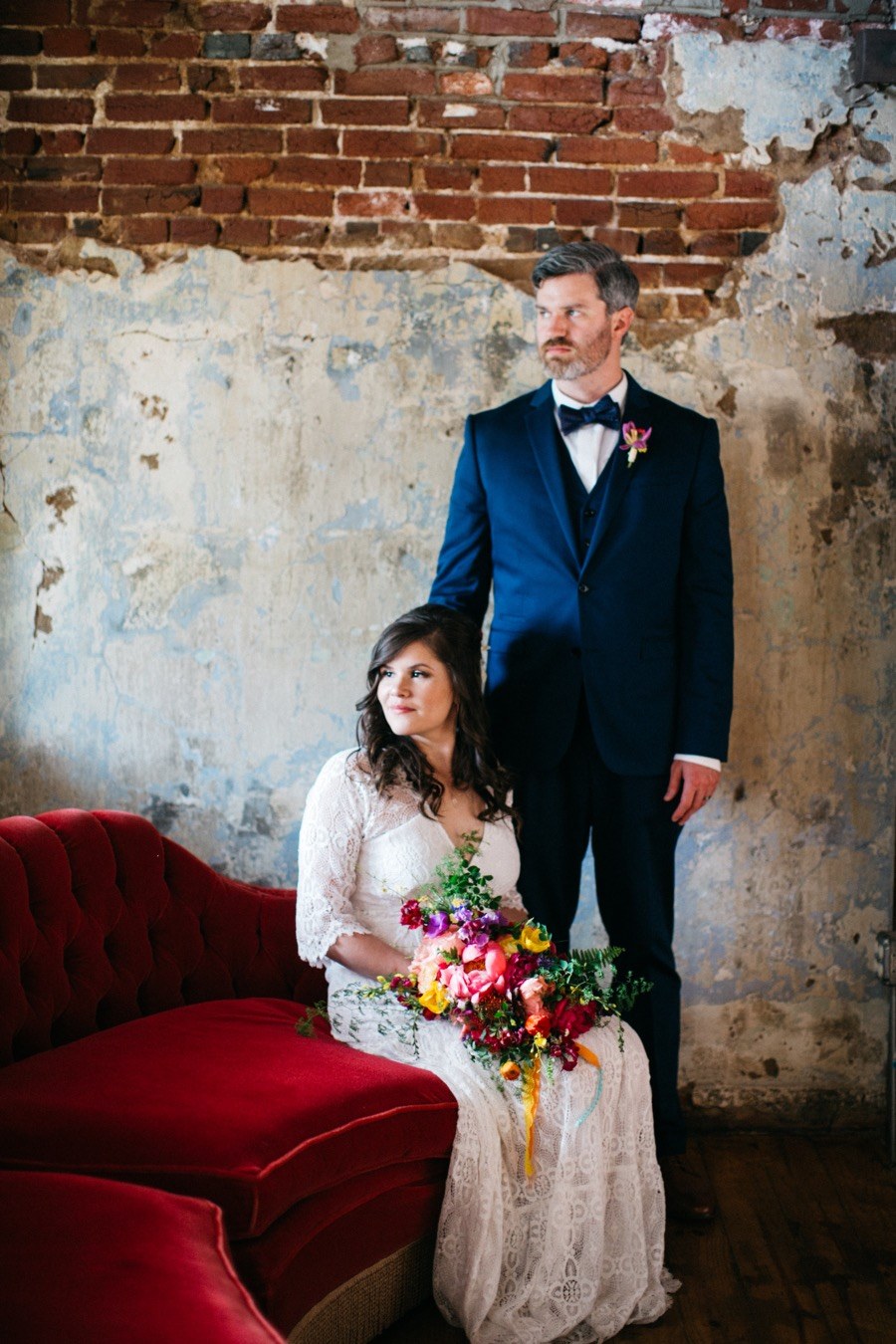 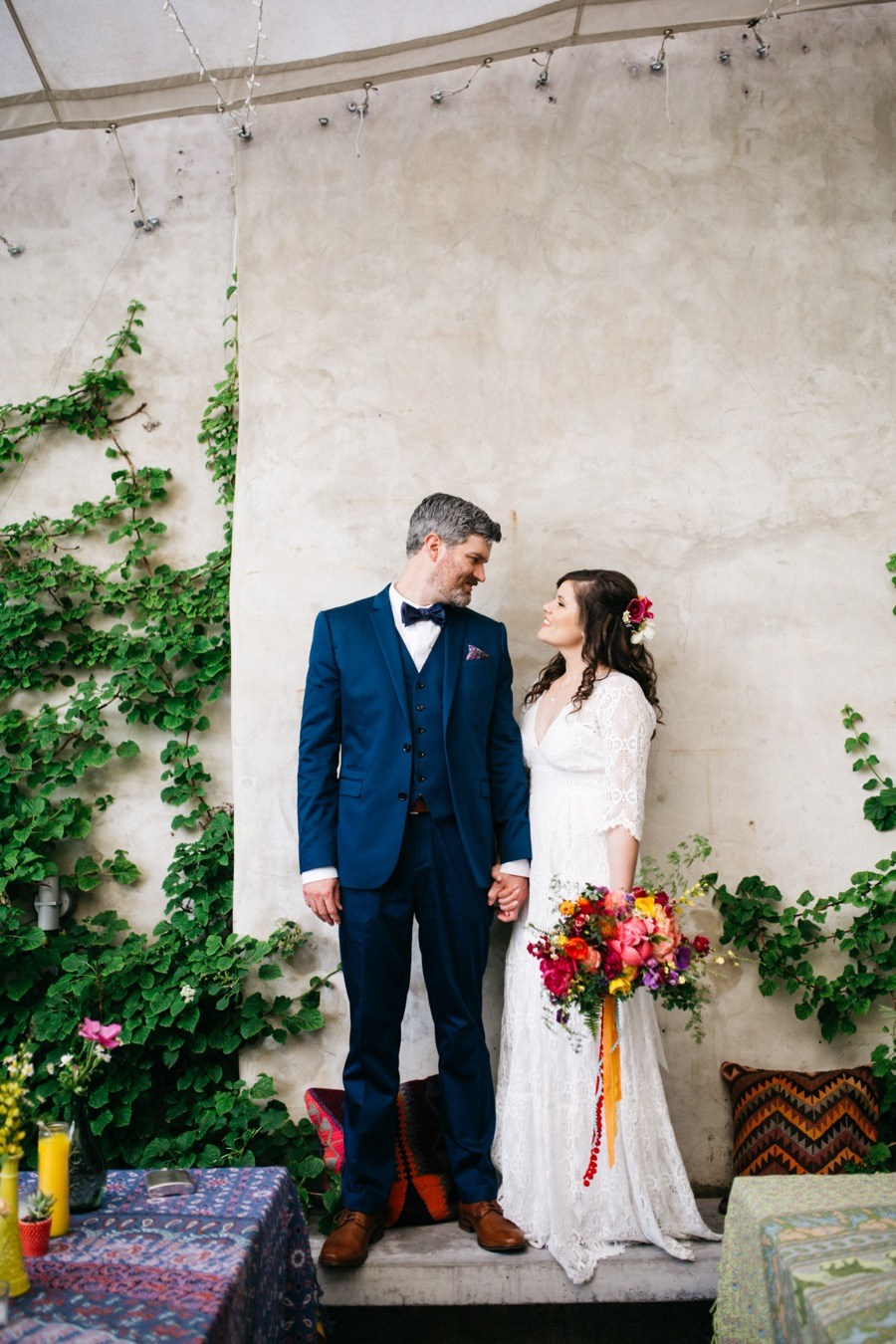 The handmade ceremony backdrop featured paper cutouts and florals and, in tune with their bright palette, the couple selected colorful Mexican-embroidery-inspired wedding invitations from Etsy shop JP Stationery. Formality felt limiting to Chelsea, so she thrifted colored vases and borrowed other decorations from friends to bring the outdoor space to life. “The way it worked out was perfect — we loved the fun, relaxed vibe of our reception,” she says.

Keeping things casual, Chelsea changed into a Vero Moda romper after the ceremony. Friends and family noshed on pizza and soft pretzels during cocktail hour in the MAAS Building garden before dancing the night away. “We love pizza, and pizza loves us,” Chelsea says of the evening’s dinner menu. Six different styles — dairy-free and gluten-free options, per her request, included — were served all night out of the Pitruco food truck. No cakes here: Shying away from tradition, the newlyweds served Beiler’s doughnuts — in 16 varieties — to guests. (Chelsea’s favorite was the cream-filled, while Andy opted for the blueberry fritter and the Boston creme.) Plus, keeping booze local was a must for the beer-loving couple, so they stocked up on a variety of Neshaminy Creek cans for their reception. 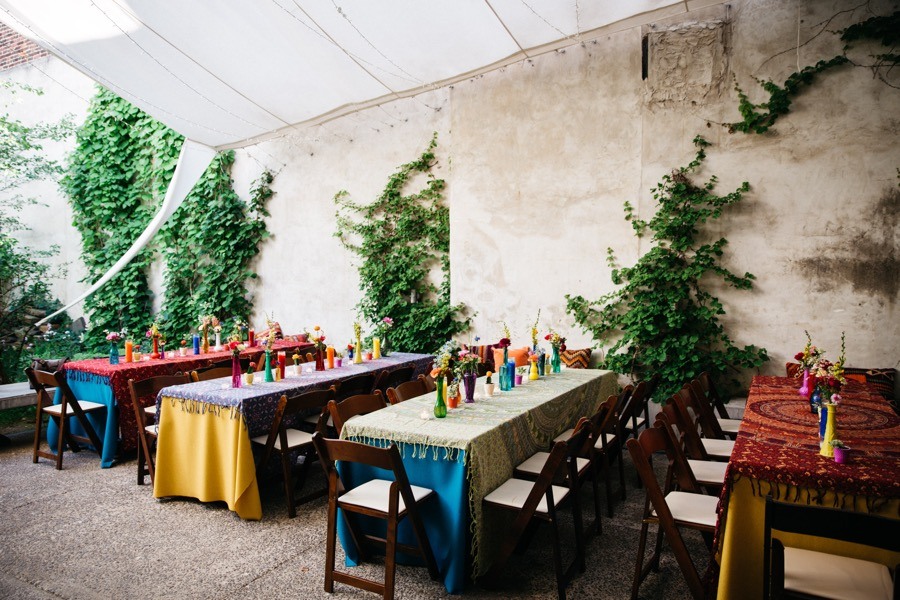 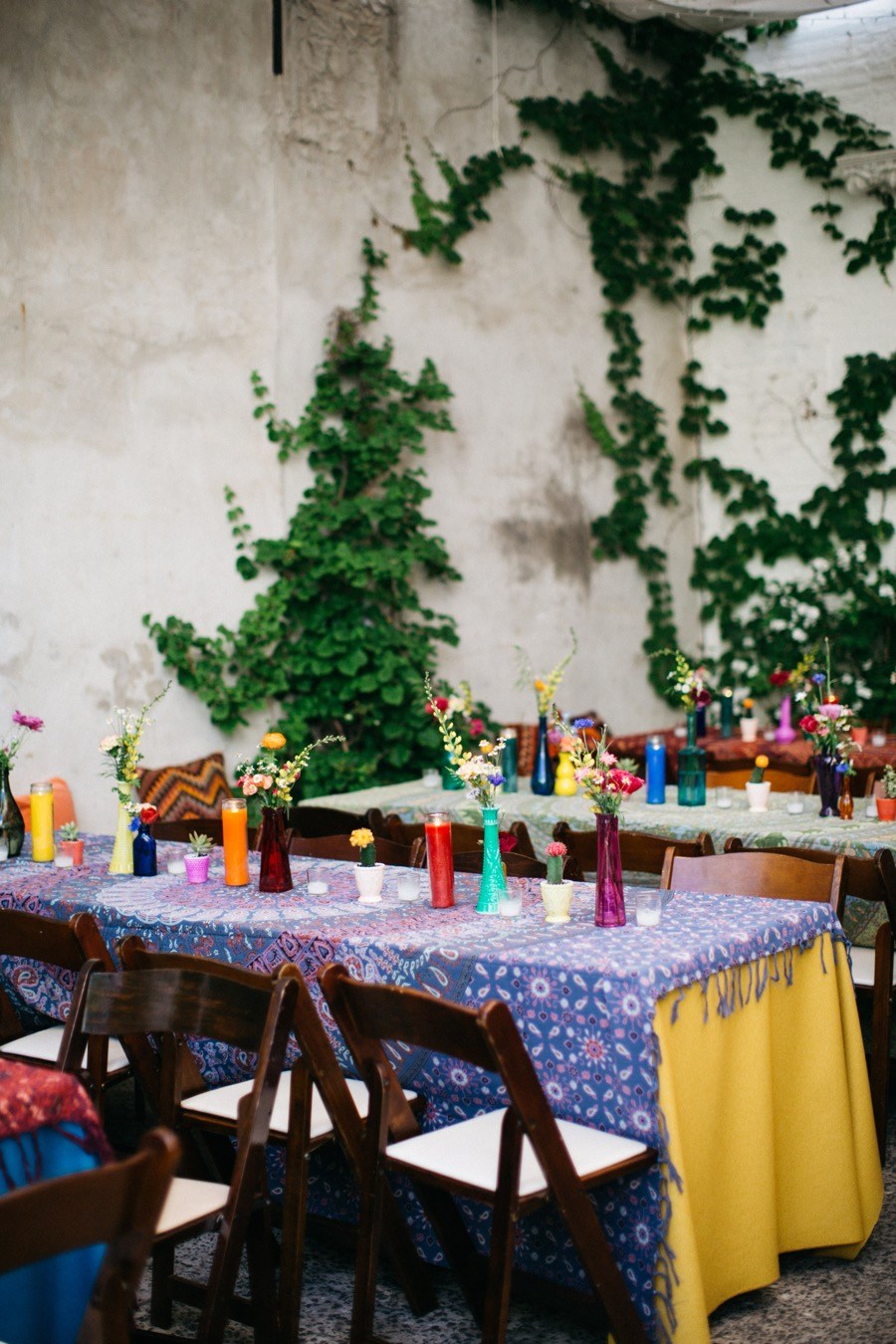 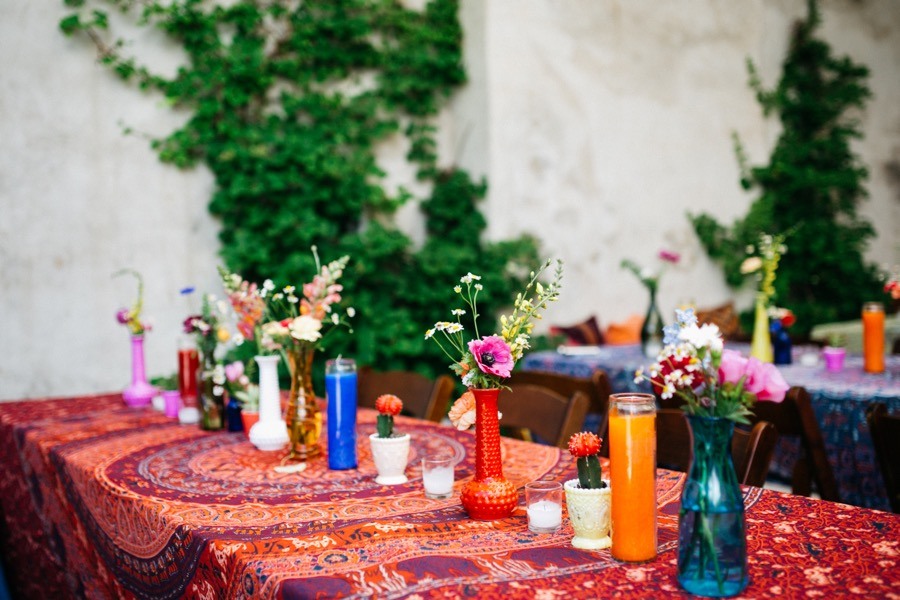 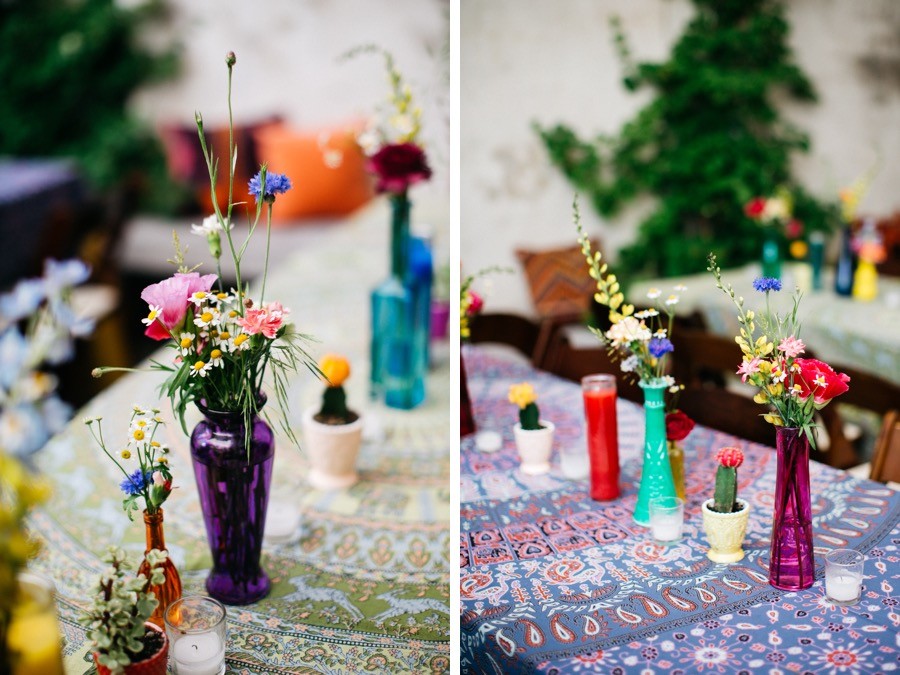 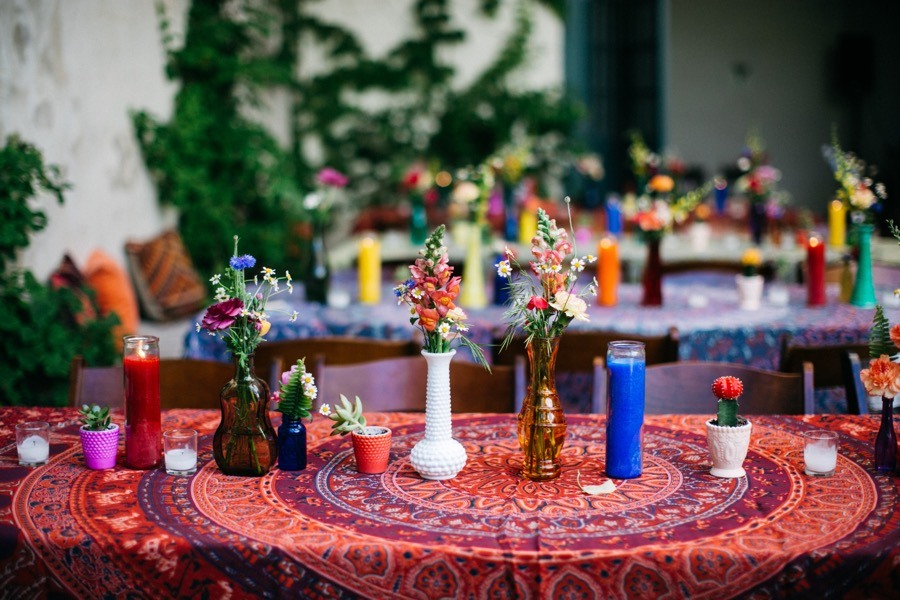 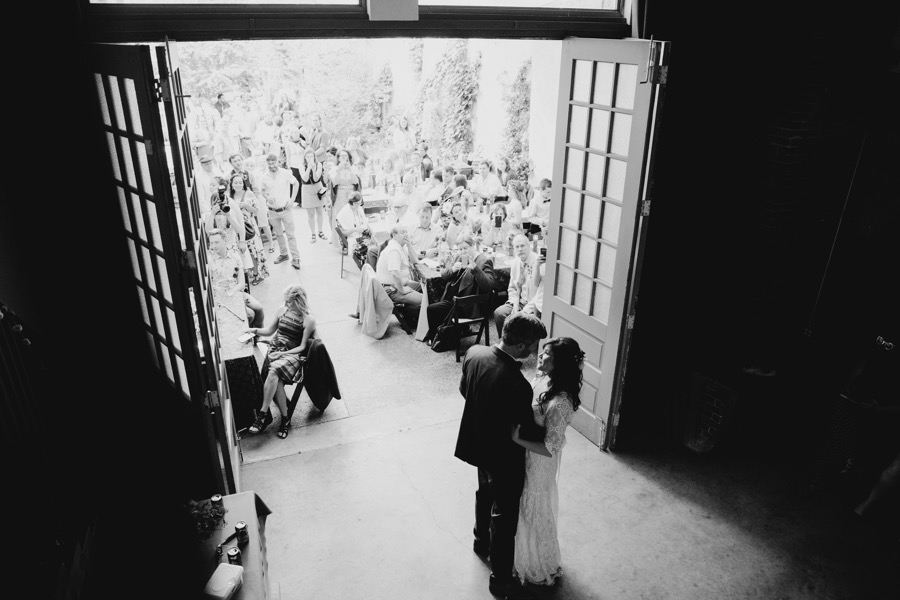 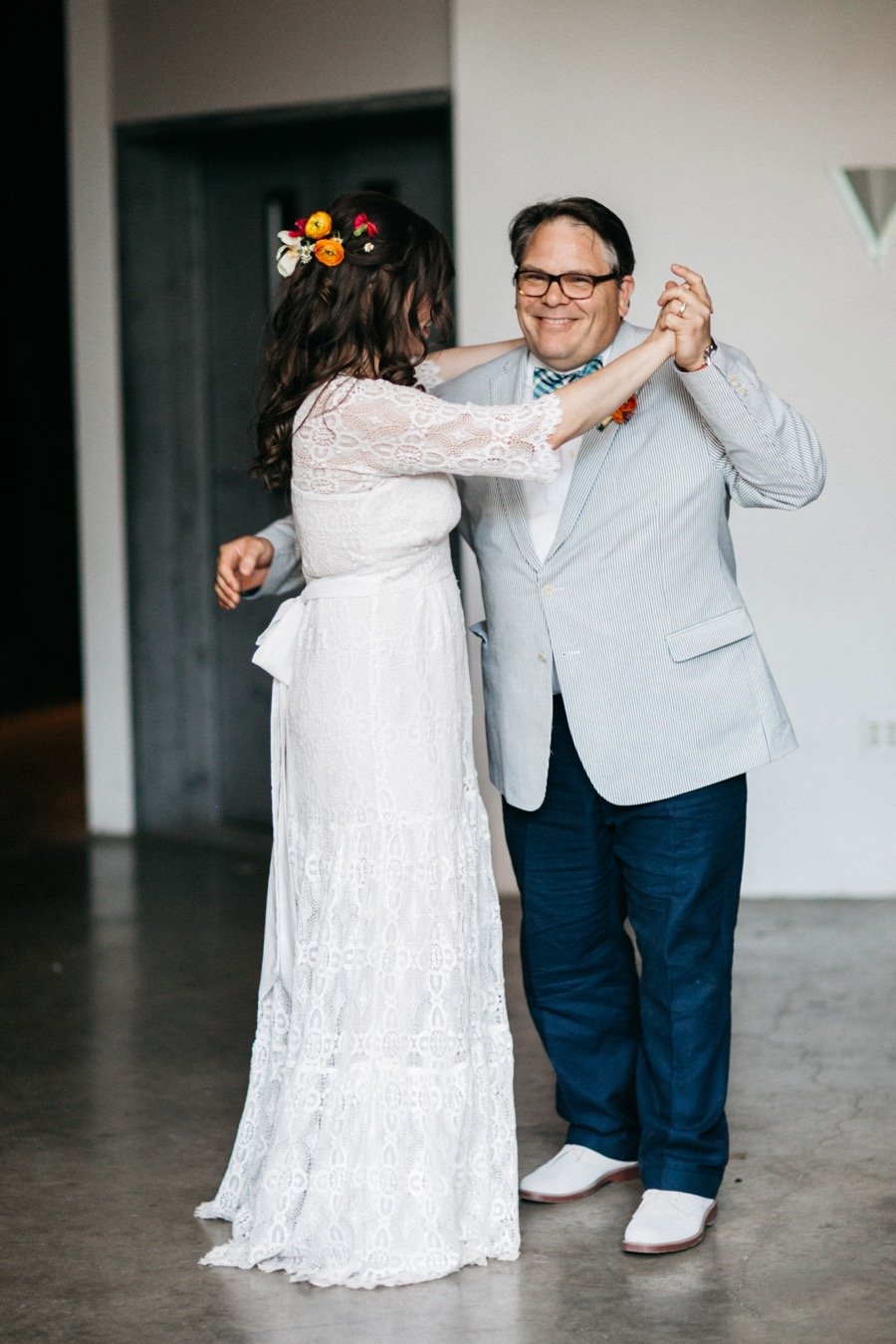 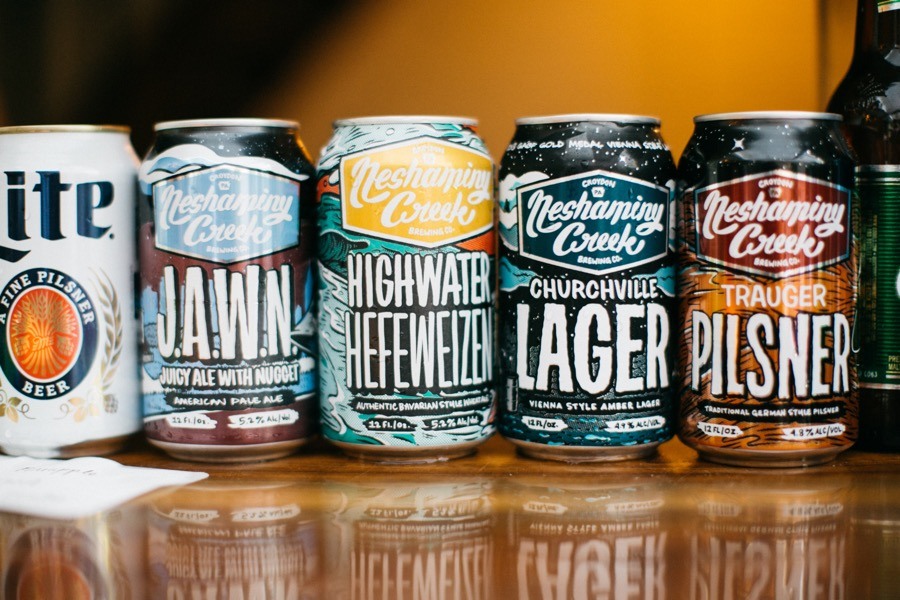 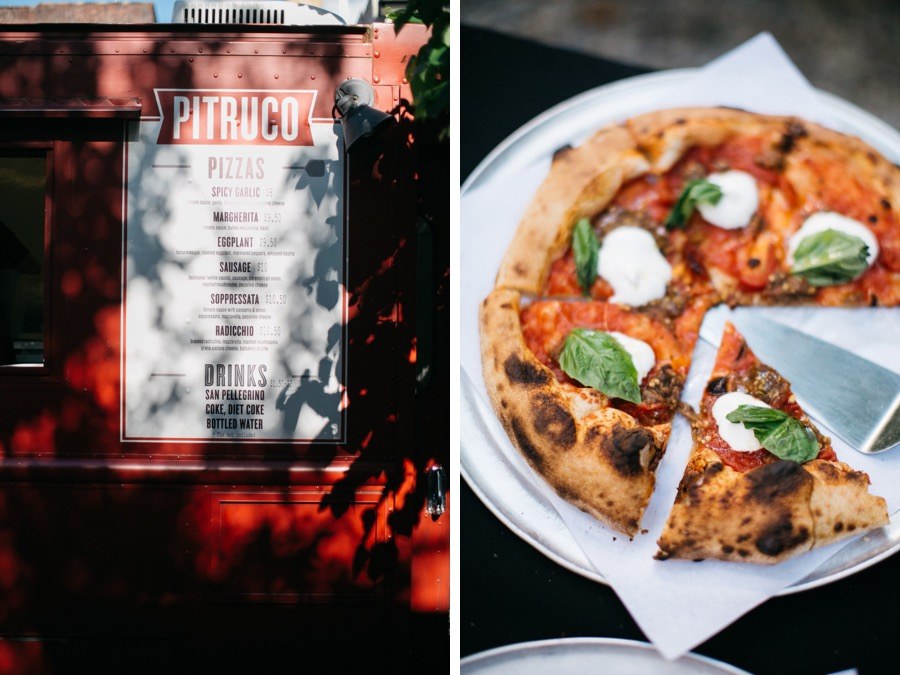 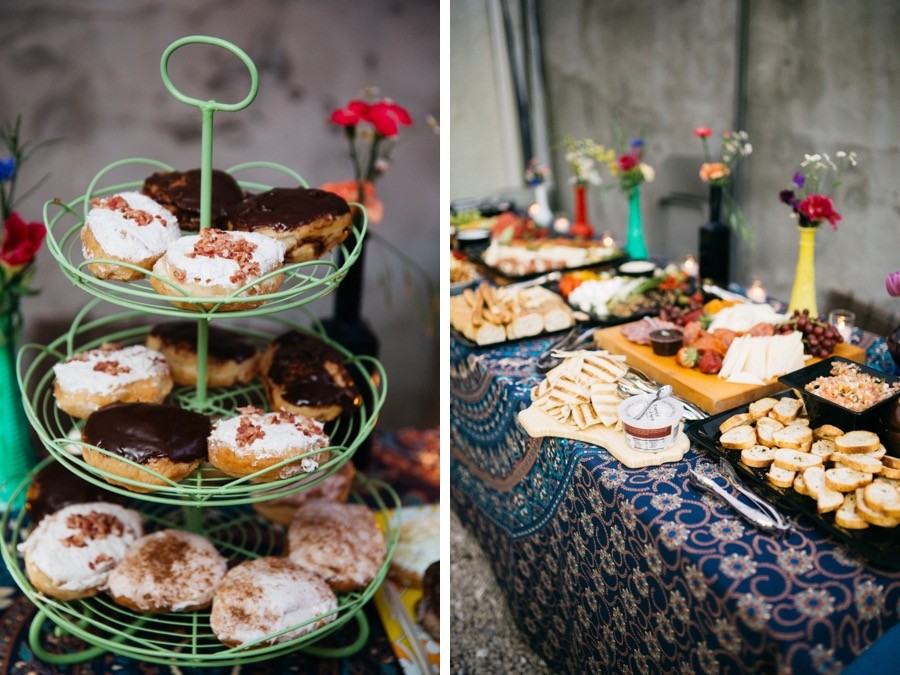 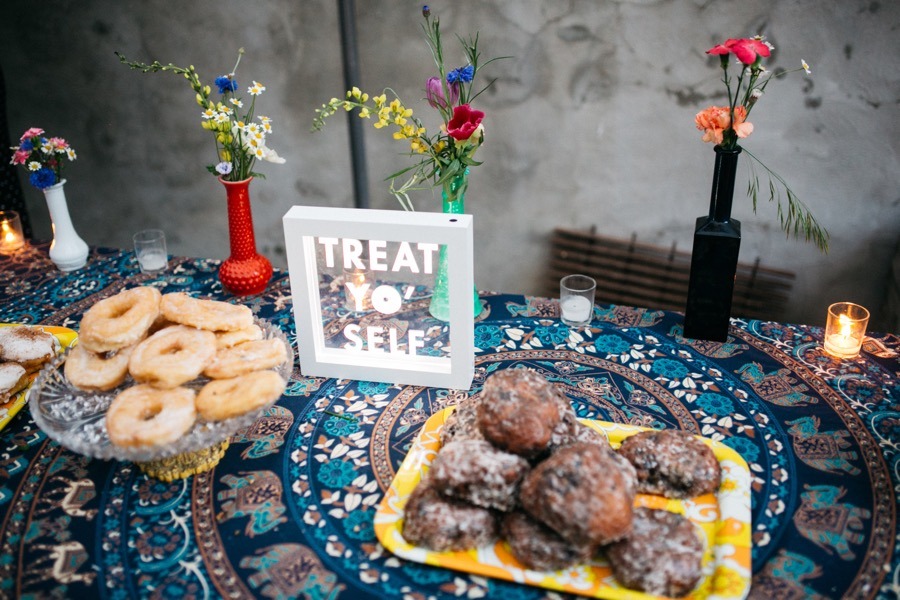 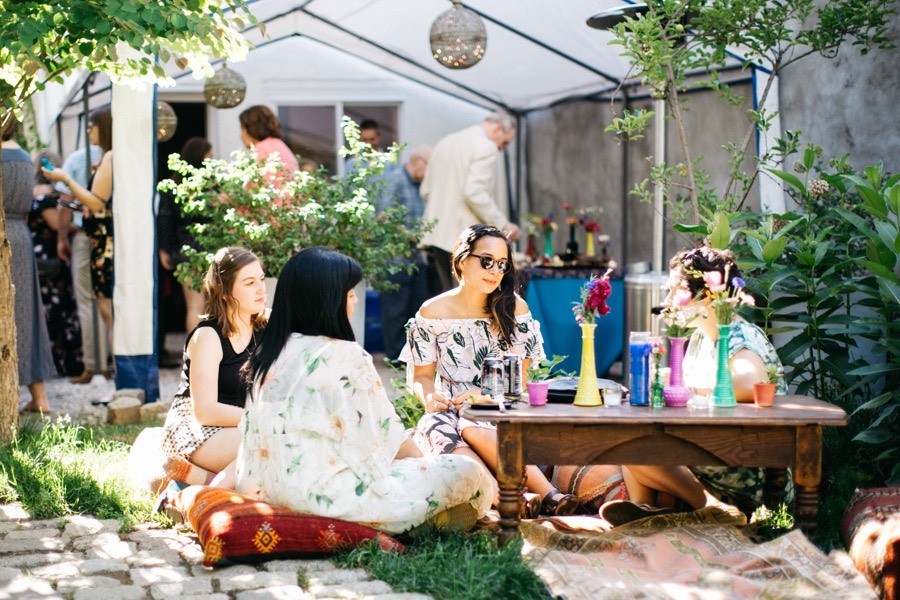 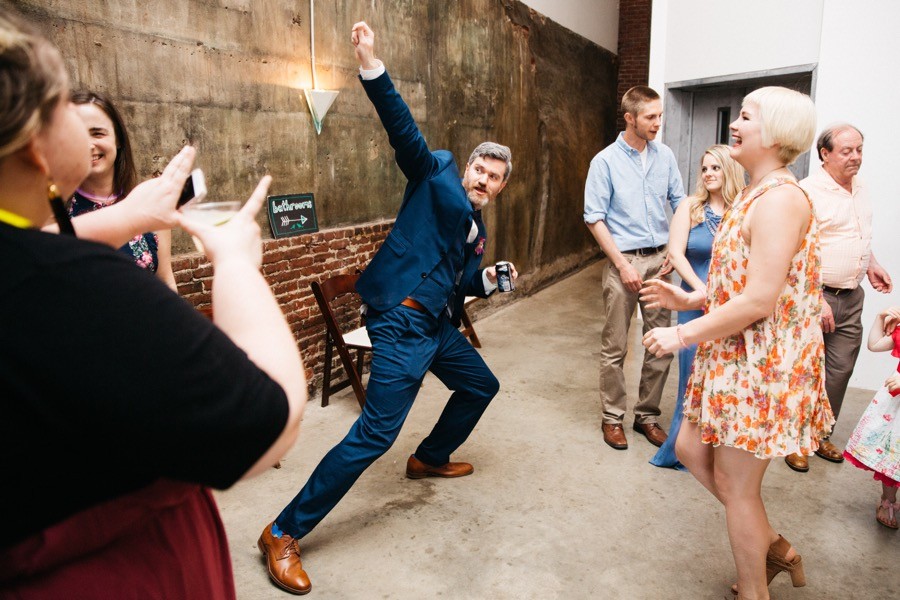 The pair, who were initially reluctant to put on a large wedding, have no regrets about deciding to include loved ones in their big day. “I always thought I’d elope to Las Vegas,” Chelsea admits. “After the ceremony, Andy and I had a few moments to ourselves, during which I cried and told him how happy I was.”

This article originally appeared in the Spring/Summer 2018 print edition of Philadelphia Wedding magazine. Grab yours here.