WATCH: This Guy Proposed to His Girlfriend As They Shot a Scene in an Action Movie

Well, this is one pretty exhilarating way to get proposed to: Cymber was under the impression that she was starring alongside her boyfriend, Scott, in an action film directed by his brother. But, as you’ll see in a second, during the final scene, the whole thing went off-script. Take a look:

How’s that for an elaborate proposal? Bravo, Scott! 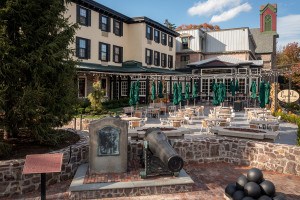