Under scrutiny for using taxpayer money to cover up a sexual harassment claim, Meehan said his decades-younger former aide “invited” communication from him. 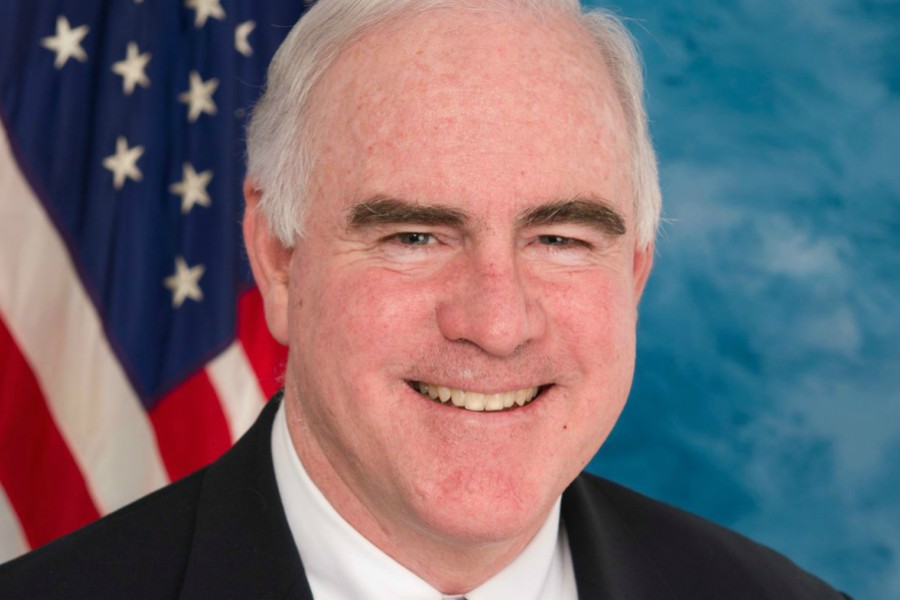 Days after a New York Times report revealed that U.S. Rep. Patrick Meehan used taxpayer money to settle sexual harassment accusations, Meehan spoke excessively about the situation despite being asked by his accuser’s attorney not to do so.

On Wednesday, Meehan told multiple publications that his accuser, a unnamed, much younger former aide, “invited” communication and left him “hurt” by not reciprocating his at times childlike admiration.

Meehan, a Delaware County Republican and former federal prosecutor, is a 62-year-old married father of three who has come under fire since the Times reported that he used “thousands” of public dollars to settle a complaint filed last year by a woman who claimed he made “unwanted romantic overtures” and grew “hostile” after she began dating someone else. The woman left his office shortly after filing the complaint, sources familiar with the situation told the Times.

Meehan has denied sexually harassing the woman but admitted to confidentially using taxpayer money for the settlement, which he called “severance,” by pulling funds from his office account. He told the Inquirer that House attorneys advised him that it was a practice that other lawmakers (like Michigan Democratic Rep. John Conyers, for example) had used.

Now, Meehan has told publications that he had a deep “affection” for his former aide, whom he called a “soul mate.” In an interview with the Inquirer and the Daily News, he said he professed his feelings to his former aide over ice cream (and afterward hugged her for “maybe longer … than needed to be”), then reacted “poorly” when he found out she was in a serious relationship with another man and sent her the following letter in attempt to make amends:

DEVELOPING: I just sat down with Republican Congressman Pat Meehan who is accused of sexually harrassing a former female staffer. He used taxpayer money to pay her off. He calls her a soulmate but denies any sexual harassment. Here is a letter he sent her. LIVE at 5&6 @CBSPhilly pic.twitter.com/aKO7Ymkfjl

In the letter, Meehan says he wants to “share” with the woman his “sentiment of how richly [her relationship] is deserved,” and that “It is a very, very lucky man who might get to be your partner for more of your life.”

Later in the letter, Meehan writes that, “As I walked this evening and glanced over at the White House I smiled at the irony that on a day that I had to say ‘no’ to the President and to the Speaker of the House, I got to say ‘yes’ to you. I hope that the former will be judged as a vote of conscience and the latter as an expression of care.”

He also tells the woman that “As we travel our paths together, I am comforted that there is more unwritten,” and signs the letter, “With all of my heart, Patrick.”

Meehan told the Inquirer and the Daily News that before he sent the letter, he “should have been looking at [the situation] from the perspective of a subordinate and a superior” – but that there is no “hierarchy” among his staff, which he referred to as “Team Meehan.”

Before the Times report, Meehan was a member of the House ethics committee, through which he investigated sexual harassment complaints against legislators. He has since been removed from the board and is now the subject of a committee investigation himself.

The accuser’s attorney, Alexis Ronickher, has stated that her client “prizes her privacy above all else.” She’s asked Meehan to uphold his end of a confidentiality agreement with his client, which she claims he “demanded … presumably so that the public would never know that he entered into a settlement of a serious sexual harassment claim.” Meehan’s outspoken response, then, could be se seen as surprising to some, especially coming from a man who seems to pride himself on his ethics and not long ago launched a congressional task force against sexual violence.

House Speaker Paul Ryan has asked Meehan to “repay” taxpayers for the severance. Meehan’s spokesman has reportedly said the congressman will do so if the House ethics committee, which is composed of seven men and three women, finds him guilty of the sexual harassment allegations. Neither Meehan nor Ronickher immediately returned requests for comments on Wednesday.

Meehan represents Pennsylvania’s 7th Congressional District, a battleground district. One of Meehan’s competitors, Democratic Sen. Daylin Leach, is also being scrutinized amid accusations that he acted inappropriately around women. Leach suspended but did not withdraw his bid after those reports came to light in December. Democratic Gov. Tom Wolf has asked both men to resign; neither has indicated that he intends to do so.