A recently-released PLCB report reveals all. Plus, many Philly streeteries might be forced to go bye-bye next week. 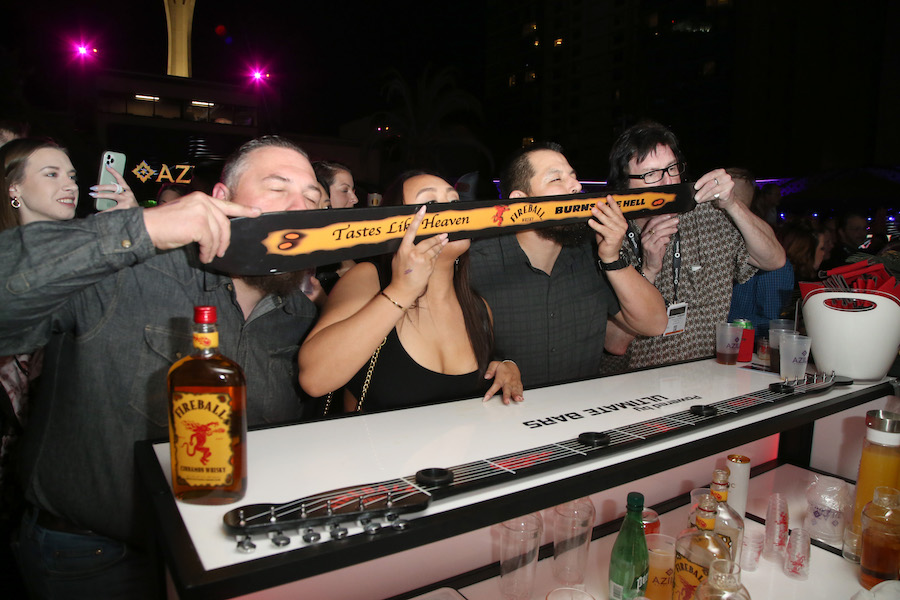 Pennsylvanians Like to Drink A Lot of Bad Liquor

In case you don’t know, Fireball cinnamon whisky is truly one of the worst man-made creations in history. It’s so bad, in fact, that I believe it may not actually be made by man at all — but by Satan himself. And yet, Pennsylvania drinks a ton of it.

According to a report recently issued by the Pennsylvania Liquor Control Board (PLCB), Pennsylvanians bought more of those little airplane bottles of Fireball at Pennsylvania retail establishments over the last fiscal year than they did any other bottle of liquor, based on unit sales. And by far. We purchased more than 4.6 million of those disgusting little bottles. (An increase of almost five percent over last year.) New Amsterdam vodka came in a distant second at 1.6 million units, also the airplane bottles.

But it’s not just the Fireball that is evidence of Commonwealthers’s poor alcohol decisions. Though there has been much talk about craft distillers in the state, the best selling Pennsylvania spirit is that Pennsylvania Dutch Egg Nog stuff. Pennsylvanians bought 253,635 bottles (that’s 1.75 liter and 750 milliliter bottles combined) of that strange beverage last year, compared to 54,530 bottles of Bluecoat Gin, the second best-selling Pennsylvania-made spirit.

So then it probably doesn’t surprise you one bit that the combined unit sales of Barefoot Moscato and Barefoot Pink Moscato exceeded sales of any other wine.

C’mon people. We can do better than this.

Other notable nuggets from the PLCB report:

— Yeah, you might think of Delco as the drunkest of the surrounding counties. But, in fact, Delco purchased less alcohol (again, based on dollar sales) than the other counties. The surrounding four counties came in like so, right behind Philadelphia: Montgomery County (if not for that 9 percent uptick in Philadelphia sales, Montco would have had more), Bucks County, Chester County, Delaware County. Of course, since this is based on dollar sales and not unit sales, it could just mean that Delco buys the cheapest swill available. (See: Fireball.)

— We’re not sure what this says about Chester County, but while the best-selling wines in Philadelphia and the other surrounding counties are California Cabernets, it is California Chardonnays that dominate the Chesco market.

Do you love your neighborhood’s streeteries? Well, it sounds like lots and lots of Philly streeteries are about to go bye-bye.

Meanwhile, Over Yonder in Harrisburg…

Naturally, the process to elect a new Pennsylvania House speaker couldn’t be a simple one.

The Pelicans, who thumped the Sixers last Friday, came to town for the last of this season’s two games in the rivalry. Tyrese Maxey got a standing ovation when he went in halfway through the first, with the score 16-15 Sixers.

Big pop for Tyrese Maxey as he checks into his first home game in six weeks.

The Sixers went on a run at the end of the first quarter with two Georges Niang three-pointers and a made shot with a foul for Maxey to make it 33-25 at the close. Halfway through the second quarter, Niang was a hot 4-for-5 on threes.

But there were a lot of fouls on the Sixers – Harden, Joel and Tucker all had three before the close of the half. And the fans were restless.

No way that’s a foul on Embiid lmfao. My god.

C.J. McCullough, who torched the Sixers on Friday, brought it to 52-57 with a three-pointer in the closing seconds.

In the second half, Zion Williamson got hot, and things got dicey.

Foul trouble on Harden, Embiid and Tucker has opened up the lane for him.

The Sixers were clinging to a 68-66 lead halfway through the third. Zion drove the lane and for once, got called for a charge. But the Pels tied it up on a long pass to a wide-open Jose Alvarado.

The Sixers steadied the boat toward the end of the third and went up by six again, but the lane defense was, um, porous, and the Pels drew it even again, then went ahead on a three by Naji Marshall, 81-80. Tyrese made a breakaway layup and was fouled by Jonas Valanciunas, then missed the foul shot.

Maxey (understandably) looks super rusty. Zion has been excellent but appeared to have some sort of injury at the end of the third. Embiid with a business-like 33, but the Sixers are about to play their second-half stint with him on the bench.

You know who had a good game?

But with Zion out — it was a hamstring pull — the Sixers went up by 10 late in the fourth. That’s when Embiid tumbled awkwardly under the basket and came up grabbing his ankle. He stayed in, though. The Pels pulled to within three before the Sixers got hot long enough to finish it out:

Celebration was muted as fans became aware of the injury to the Bills’ Damar Hamlin on Monday Night Football. As of press time, Hamlin remained in critical condition.

Horrifying scene on Monday Night Football. Damar Hamlin of Buffalo Bills has been down on the field for over 9 minutes. Joe Buck of ESPN says they've been administering CPR. Now on a stretcher. Entire Bills team is on the field praying for their 24-year old teammate. God Bless.