Absolutely Hold Larry Krasner Accountable, But Not by Impeaching Him

Legislators in Harrisburg are wasting time they should be spending finding real solutions to the city's gun-violence crisis. 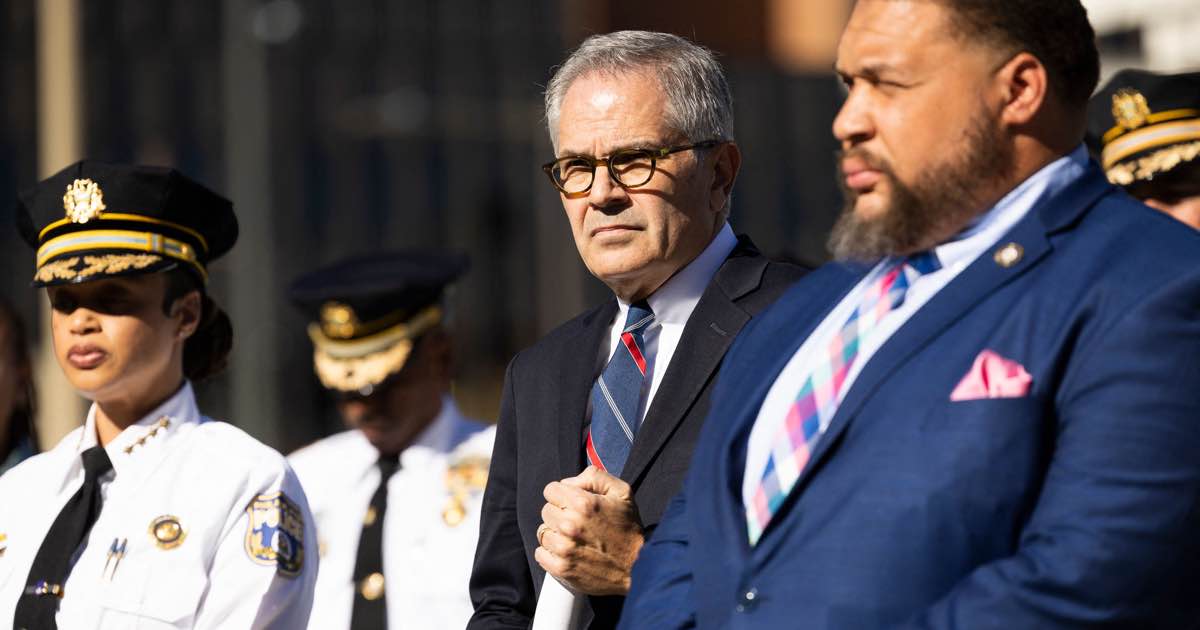 Albert Einstein is often quoted as saying that if he were given just one hour to solve a problem, he would spend 55 minutes defining the problem and five minutes resolving it.

In addressing the grave problem of Philadelphia’s violent crime crisis, the Republican majority in Harrisburg has decided to spend the entire hour impeaching Larry Krasner.

This week’s Krasner impeachment vote is yet another tragically wasted opportunity for solutions that the families impacted by gun violence deserve.

Make no mistake: This impeachment involves no allegations of corruption, and no illegality by Philadelphia’s district attorney. Contrast that with the district attorney of Somerset County in southwest Pennsylvania, who hasn’t been impeached by the Republican majority in Harrisburg despite the fact that last year, he was charged in separate assault and rape cases.

Because Harrisburg’s investigation into “Restoring Law and Order” has failed to focus on solutions to our gun-violence crisis, I have used my position on the Judiciary Committee to oppose these misplaced efforts, and I will now vote against the articles of impeachment.

None of this is to say that Larry Krasner should be beyond accountability for the crisis of gun violence in Philadelphia.

He must be held accountable because he is failing our city.

The reason that I’ll vote not to impeach DA Krasner is that this impeachment stunt demonstrates the very lack of accountability to our communities impacted by gun violence that Krasner has demonstrated.

Senior citizens in my state House district are scared about being hurt in their homes by stray bullets. Parents in my district don’t feel comfortable having their kids walk to school. My neighbors are frightened to gather at our local civic meetings.

This isn’t acceptable, and leadership is required.

Yes, I believe that Larry Krasner’s poor leadership is a contributing factor in the increasing gun violence in Philadelphia. Similarly, Mayor Jim Kenney’s lack of urgency has been disappointing.

Leadership starts with presence. That means showing empathy to victims — not through words, but through grieving with families, seeing victims, listening, and then surrounding them with resources and love.

Upon that foundation, leaders in Philadelphia and Harrisburg must move now to address the immediate threat of gun violence.

But progress in those areas requires action by the state legislature.

For example, we know that a small number of gun shops in Pennsylvania supply the majority of the guns used to commit violent crime in Philadelphia. Indeed, as reported by the Inquirer in May, just nine gun shops supplied close to 15,000 firearms recovered in Philadelphia criminal investigations or confiscated from people who possessed them illegally.

However, Pennsylvania’s preemption law prohibits local regulators — Philadelphia’s city government — from being more strict than state regulators. That means the onus for action is on Harrisburg lawmakers, and we need to act.

Harrisburg could have spent these past many months focusing our precious legislative time on these local solutions and others.

Philadelphia doesn’t have time to waste, and neither do tomorrow’s gun-violence victims.

Jared Solomon is a state representative in Northeast Philadelphia, where he lives with his wife, Tiffani, and their daughter.
Read More About:
You Might Also Like