SEPTA's talkin’ ’bout a Bus Revolution. If that’s what it wants, why stop halfway? 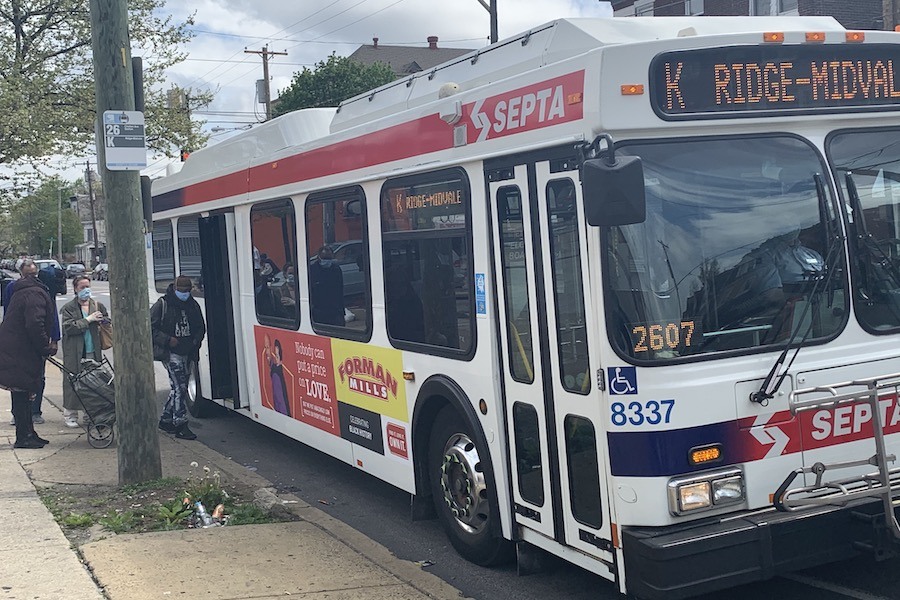 More people ride buses than all other modes SEPTA operates combined. The proposed “Bus Revolution” network promises them better quality service but could make their service even better if not for cost constraints. / Photograph by Sandy Smith

What would you rather have, a one-seat trip into Center City or a bus that shows up within 15 minutes but makes you transfer to get to town? A bus that passes close by less often or one that runs more often further away?

SEPTA is betting that you want the last item in each pair. That’s what you need to know to understand the proposed bus network it released for public comment Wednesday.

The interactive maps on SEPTA’s Bus Revolution website are fun to play with. One has a slider that lets you compare the bus service we have now with what SEPTA plans to give us. The other lets you click on individual lines to see which ones they replace or combine. Both have lots of crimson on them — the color used to identify lines where you can expect a bus to show up every 10 minutes or less from 6 a.m. to 9 p.m. weekdays. And there is some good news: No one in the city will have to wait more than 30 minutes for a bus to show up during most of the day.

But there are holes in the service now where there were none before. Want to visit someone in East Oak Lane? The one bus route that runs through the heart of the neighborhood got axed, with its ends tacked onto other routes. Live south of the Walt Whitman Bridge freeway? Your only transit options will be the Broad Street Line and a half-hourly bus on the same street.

The reason for the holes: SEPTA intends to spend no more to run the new network than it does on the current one. And it wants to get this new network up and running as soon as it can. Now, since there’s already a shortage of drivers to run the buses they now run, maybe this penny-pinching is justifiable.

But the whole point of the “Bus Revolution” and its companion “Reimagining Regional Rail” project is to think big about what SEPTA could be in an era when commuting to the office in town is a thing of the past for many. And SEPTA isn’t keeping the Regional Rail project cost-neutral, either — it says it’s planning for the longer run there.

The bus riders deserve no less. Why can’t they have both frequency and convenience? That “seamless transit system” General Manager Leslie Richards says she’s working for should leave no rider behind. If you agree, now’s the time to tell SEPTA — they’re looking for your feedback.