From getting arrested for scuba diving in the Springton Reservoir to tangling with John du Pont, the veteran character actor looks back on his youth and his storied career. 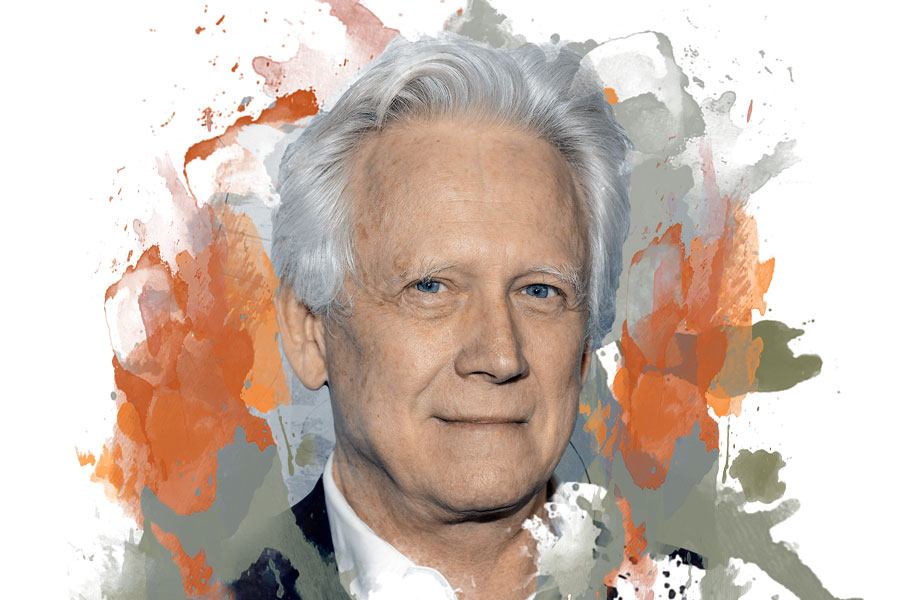 The new (and final) season of the hit Netflix show Ozark features actor Bruce Davison, who grew up in Delco. We caught up with him to find out what he’s doing in Ozark and to hear stories of his childhood in these parts.

My full name is … Bruce Allen Davison. That’s D-A-V-I-S-O-N. No second “D” in Davison! People put that damn D in there. Every. Day.

I grew up in … Drexel Hill. Then when I was 12, we moved to Broomall. I remember playing in these wooded areas that now are probably all overgrown with subdivisions.

The first car I owned was a … ’56 Chevrolet Bel Air. Copper and blonde. These days, I drive whatever. Usually a Toyota. I am not a car person.

My worst subject at Marple Newtown High was … PSSC Physics, some new bullshit experimental program they came out with in the ’50s. I never learned a damn thing. I tried to get out of it into chemistry class, because I had a crush on the chemistry teacher, who reminded me of Sophia Loren.

One thing I don’t miss about Philly is … it being gray from October through April.

I discovered my love for acting at … Penn State. I went for liberal­ arts but wound up auditioning for a play on a dare, and that was that.

One movie I really wish I got was …­ Thunderbolt and Lightfoot. But they didn’t reject me. I turned it down. And then Jeff Bridges went on to get an Academy Award nomination for it.

One movie I’m glad I didn’t make was …­ Titanic III. I did Titanic II, which was one of those things like Sharknado. Totally silly, but sometimes they stick for some bizarre reason. I would assume Titanic III was never actually made. There was nothing to do. Build another one and sink that? The second one was dumber than a box of rocks, and I have done a few dumb things in my life.

In the last season of Ozark, I play … a nasty senator with some very … interesting ideas. Things get dicey. Ozark is the best-cast show that exists right now.

I would describe my childhood in Delco as … white suburban ignorance.

One notable thing that happened when I was a teenager was … getting arrested for scuba diving in Springton Reservoir, near the Paxon Hollow Golf Club. I was really interested in scuba diving, but there weren’t a whole lot of places to scuba dive in Delaware County.

The best thing I’ve streamed recently was … Peter Jackson’s Beatles documentary, Get Back. For the first time in my life, I can say I know the Beatles. And I have to say that Yoko Ono got a bum rap. There was a lot of racism in that.

One movie I am best known for is … X-Men, if you’re of a younger generation. I played Senator Kelly in the first two. For the older generation, I’d have to say Willard from 1971. I starred as a boy who raises rats and attacks people with them. It was me and 600 rats. It was as creepy to make as it sounds. This was before CGI. I get eaten alive by the rats at the end of it. The producers covered me in peanut butter to make that happen. No, really.

My parents … divorced when I was three. My father came back from World War II with PTSD, before we knew what that was. My mother worked as a secretary in the city for John B. Kelly, Grace Kelly’s father.

If you really want to piss me off, you will … not wear a mask when you’re supposed to.

Some of my fondest memories from Philly include … dancing at backyard parties on summer evenings and getting chased with a shotgun by John du Pont when we snuck onto his property to look at his horses. This was, of course, many years before the “incident” with the wrestler.

One thing most people don’t understand about this business is that … most working actors don’t make the kind of money that George Clooney does. There are people at the top. And there are people just trying to make a wage and a living. If you’re in the truckers union, you can make a living. In the garbage union, you can make a living. In my world, so many people can’t put their kids through college.

My life these days is … happy. Well, more content than happy. I wouldn’t mind being 30 again, but certainly not as stupid as I was. My grandmother always said, “Why is youth wasted on the young?” And I would tell her: I’m young, and it’s not wasted on me. But I certainly understand now.

Published as “One of Us: Bruce Davison” in the February 2022 issue ofPhiladelphia magazine.