With so many current city officeholders rumored to be candidates, the fight to become the city's 100th mayor could result in a lot of (much-needed) political turnover. 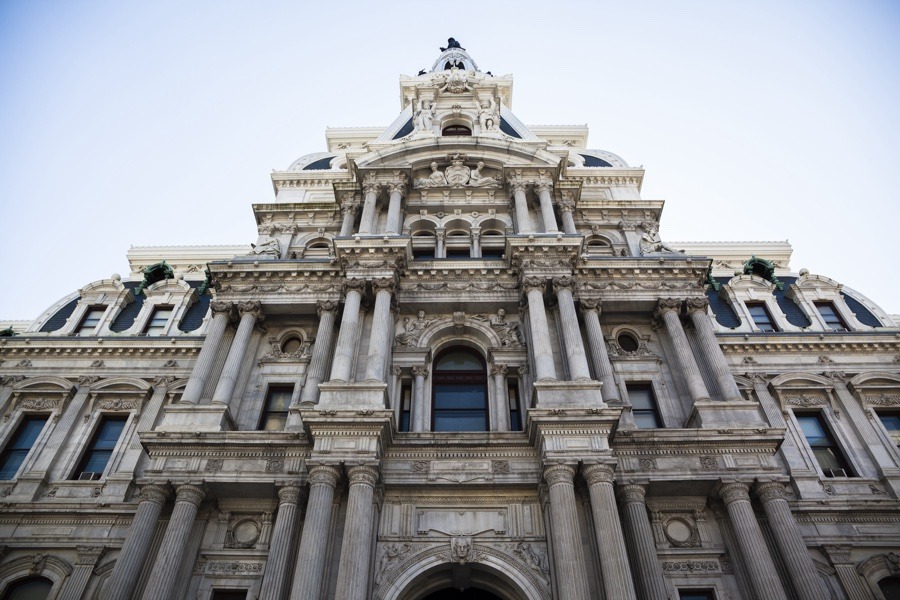 Thanks to the resign-to-run law, City Hall could look a lot different this time next year. Photo by Alex Potemkin via Getty

As we embark on 2022, I’m just going to come out and say it: I’m over the current batch of politicians running our city. Either they don’t have the spine to call out the Mayor (or anyone else, for that matter) on his bullshit, or they’re just collecting dust in City Hall. (To wit: Why do we still have elected officials in our antiquated row offices?) Out-of-control gun violence combined with a still-devastating pandemic — on top of chronic deep poverty and political corruption — has brought my cynicism to an all-time high. Philly is in desperate need of a political reset.

While there’s been much chatter about the upcoming state and national races, I can’t take my eyes off 2023. The city will get to choose its 100th mayor, which is momentous, and vote for City Council reps. There have already been plenty of rumblings and speculation about the wide slate of folks  considering running for the top job, with at least six current members of Council in the mix. I was annoyed at first. Who wants to be bombarded with ads, dramatic press calls, and extreme politicking from some of the most obnoxious politicos on the face of the earth? Nothing is more intense, exhausting and comical than covering a Philly municipal primary-election cycle. If you think egos aren’t inflated enough during intense City Council sessions, imagine what they’re like in campaign season. What if six City Council members — or even more than one — run for mayor? Who wants to put up with the antics, the constant ads?

Then I was reminded of the resign-to-run rule, and I immediately smiled.

The law is pretty clear: §10-107(5) of the City Charter states: “No officer or employee of the City, except elected officers running for re-election, shall be a candidate for nomination or election to any public office unless he shall have first resigned from his then office or employment.” Translation: If you currently work for the city, you can’t be a candidate. You must quit your current city job to run for the one you’ve set your sights on instead.

Recent mayors Jim Kenney, Michael Nutter and John Street all had to say bye-bye to their City Council posts before running for higher office. It should be noted that none of them (except Street) ran against any other City Council members in the Democratic primary. In other words, no Democratic City Council member who’s run for mayor in the past two decades has lost. In 2023, that could all change — and we should be excited about it.

Next year, if more than one City Councilmember runs for mayor, there will be an instant shake-up. In a (yes, highly unlikely) scenario where all six rumored candidates actually resign to run, we’ll be looking at six new Council members. Even if at least three eventually run (which, according to my sources in various camps, is super-likely), that much change coming to City Council is a pretty big deal. An open mayoral primary in 2023 is a high-risk, high-reward proposal for prospective candidates — which could open the door for new blood in some long-held district seats.

For example, if Councilmembers Cherelle Parker (9th District), Maria Quiñones-Sánchez (7th District) and Helen Gym (at-large) run for mayor, two districts are guaranteed new leadership. While at-large Council seats usually see more turnover than district seats, the upcoming mayoral race and resign-to-run could disrupt that. (The 8th District’s Cindy Bass also comes up as a potential candidate.) Factor in, too, that the Northeast will have new representation, with convicted Councilmember Bobby Henon stepping down week, and that the political fate of Kenyatta Johnson (2nd District) in Southwest Philly is very much up in the air. Turnover in district seats is rare because incumbents are backed hard by the Democratic Party machine, since ward leaders and committee people have such a huge influence in these concentrated areas. (Citywide at-large seats are harder for the Democratic Party to control.)

It will be fascinating to watch how this unfolds. The City Councilmembers tossing around the idea of running for mayor need to figure out if they’re willing to forfeit their six-figure salaries to run for higher office — especially when their chances of winning decrease with each colleague who joins the fray. This is where we learn who’s bluffing and who’s not. With less than a year before candidates begin to officially declare, I predict several will soon chicken out.

But even if just two or three shoot their shot, we’re looking at a guaranteed tidal wave of change before Philadelphians even cast their ballots in next year’s primary. Given the current state of affairs in this city, I say: The more, the merrier. Several of these potential candidates have been building toward a next step, and it’s time for them to go for it or go home.