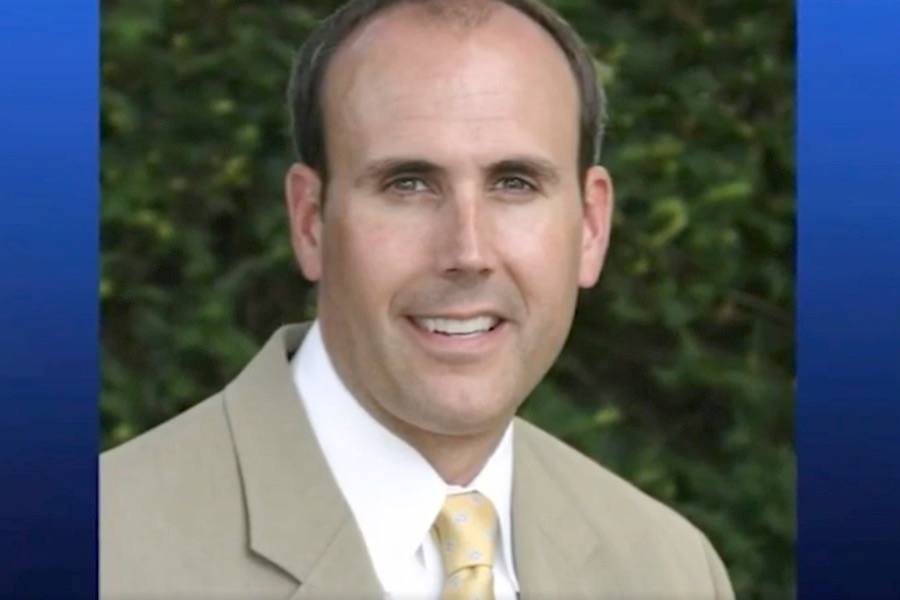 Sean Hughes, the Lower Merion High School principal who died in a tragic car crash on Saturday, is the subject of a new petition calling on the Lower Merion School District to rename the new Lower Merion Middle School after him. (Photo courtesy 6ABC)

In just two days, more than 6,300 people have signed a Change.org petition to rename the new middle school in the Lower Merion Township School District after Sean Hughes, the beloved Lower Merion High School principal who died in a tragic car accident over the weekend.

According to parents we spoke with in the Lower Merion School District, the petition is being organized and promoted by students of the district, who want to change the name of the upcoming middle school from Black Rock Middle School to Sean Hughes Memorial Middle School.

“Hughes understood what being a high school kid was like,” reads the petition. “He believed in rules but also understood reality. Skipping school for that once-in-a-lifetime World Series parade was technically a cut, but Hughes winked at you on the way out the door and told you to have fun. … As a teacher, an athletic director, an assistant principal, and principal — in every role he served — Hughes put the students and staff at Lower Merion first.”

The comments on the Change.org page reflect the collective adoration that students, parents and colleagues had for Hughes.

But changing the name of the new Lower Merion Township middle school to the Sean Hughes Memorial Middle School might not be so easy.

According to Lower Merion School District spokesperson Amy Buckman, district policy explicitly prohibits naming buildings after people. Buckman promises that the school board and administration will “work with the Hughes family and with students to create an appropriate way to memorialize Mr. Hughes as the dedicated high-school educator … that he was.”

It was just October when Lower Merion school officials finally approved “Black Rock Middle School” as the name for the middle school that’s under construction in Villanova.

Well, it turns out that the name Black Rock Middle School was put in place to honor the indigenous Lenni Lenape, who once occupied the land that Lower Merion Township (and Philly) now sits on. The black rocks in question were were the ones from this area used by the Lenni Lenape to create tools. The name Black Rock Middle School was chosen by a committee consisting of Lower Merion school board members, community organizers, and school administrators and staff.

Students who will attend Black Rock Middle School recently voted on a mascot and school colors for the new school. Prior to the death of Hughes, that vote was supposed to be announced on Monday at a school board meeting. But most of the agenda for that meeting was replaced by a moment of silence. The meeting is set to reconvene next Monday. No word on whether those students will find a creative way to honor Sean Hughes with their decisions.