Sorry, Dave Chappelle, But LGBTQ Jokes Aren’t Funny. This Killing Shows Us Why

Amid the outcry over the comedian's transphobic comedy, consider the case of Philadelphia’s Christian Smith, who prosecutors say killed his stepfather after an argument about a gay person. 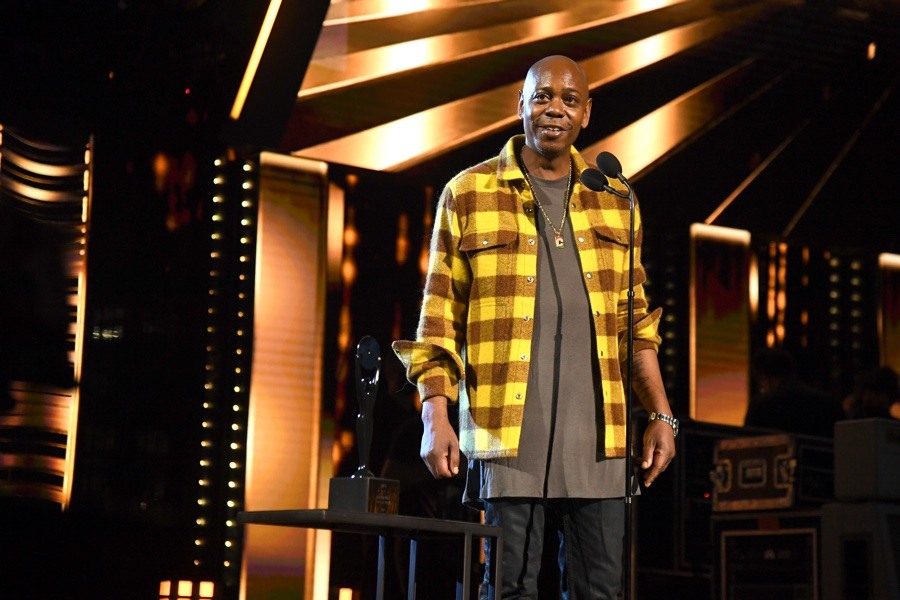 The debate over Dave Chappelle and cancel culture — in the wake of his transphobic comedy — is preposterous when you consider the real-world implications of “just jokes.” (Photo by Kevin Mazur/Getty Images for the Rock and Roll Hall of Fame )

“It’s just jokes — relax,” a guy at my barbershop said last month. He had been making off-color remarks about same-sex marriage as I was waiting for a haircut the day before I married my husband. “Don’t get your rainbow panties in a bunch; nobody means any harm.”

He was right; none of the men intended any harm. My gay wedding was the punchline of jokes for a few minutes of what’s known as “barbershop talk.” I had known many of these men for years in this sacred space, and I’d come to understand that being queer in a barbershop is the same as being queer in America: People are politically incorrect, complicated, rude, loving, and bluntly unapologetic.

But the older I get, the clearer it becomes to me that gay jokes help create a world of otherness that can be isolating and, in extreme instances, deadly.

I was devastated when news broke last month that 23-year-old Philadelphian Christian Smith had allegedly killed his stepfather, Dennis McKenzie, because the two men disagreed about a gay guest’s attendance at a celebration at the South Jersey house where McKenzie lived with Smith’s mother.

“He made it known to his stepfather that he did not approve of that person coming into their house … that their house was a house of God,” Gloucester County assistant prosecutor Dana Anton said of the incident in Woolwich Township. “This argument that preceded the murder, it started over an act of bias and an act of bias intimidation where he is using a slur about somebody’s sexual orientation.”

This story hit particularly close to home: Smith had been a patron at the barbershop I visit in West Philly for years.

He grew up in that shop from a young age. I remember seeing him there years ago when I was still in college, when “barbershop talk” around queerness wasn’t as mature and nuanced. For example, a decade ago, some men openly dropped homophobic slurs in the shop without shame. Now, guys make it a point to acknowledge proper gender pronouns and correct their ignorance when having serious conversations. This isn’t to say that the unchecked homophobia of some at the shop ultimately put Smith on the path to this tragic predicament — but it’s hard not to see how the atmosphere could have influenced such hatred.

All of which is why the recent debate around “cancel culture” and comedian Dave Chappelle feels completely pointless. Proponents of Chappelle’s recent Netflix special The Closer, which has provoked protests for containing blatant transphobic and homophobic jokes, argue that the comic’s free speech is being infringed by people who are overly sensitive. Many on social media have argued that Chappelle goes after everyone, so criticism of his routine on this point is “woke culture run amok.”

But like Philadelphian-turned-Hollywood-star Kevin Hart’s homophobic material, Dave Chappelle’s bits aren’t just “jokes”; these are people we’re talking about, namely LGBTQIA people who still don’t enjoy full non-discrimination protection at the federal level, people against whom violence, in some states, still isn’t considered a hate crime. Factor in that anti-LGBTQIA bigotry affects individuals who are Black and brown as well, and it’s an entire shitshow. While many people like to separate their homophobia/transphobia from racism, the situation explodes when you’re, say, queer and Black. Trust me, I know.

At this point, I think those, like Dave Chappelle, who claim they aren’t homophobic or transphobic should just lay off the jokes, since we’re still living in a world where straight people can’t seem to tell the difference between what’s in good fun and what’s an attack. Joking about someone’s genitalia in a world where trans people are constantly and jeeringly misgendered isn’t funny. Making people uncomfortable for being attracted to the same sex in a society that still kills people because of it doesn’t land as well as you think. Gaslighting people for speaking up isn’t punching up; it’s reinforcing an oppressive society that we should be trying to dismantle.

The biggest takeaway is that impact trumps intention. The fact that someone didn’t intend to cause harm doesn’t matter if harm is the ultimate result. So yeah, I really can’t “relax” when those at the barbershop still think it’s okay to joke about my sexuality. Perhaps it’s because the rest of the world can’t seem to let go of the reality that my life and my body — and those of my LGBTQIA family — aren’t theirs to laugh about.

Go joke about the fragility of masculinity and the patriarchy itself, but leave the rest of us alone.