The award-winning documentary, now on PBS, tells the story of how a visit from the orchestra stoked an affinity for a Western classical music—and Philadelphia musicians—in China. 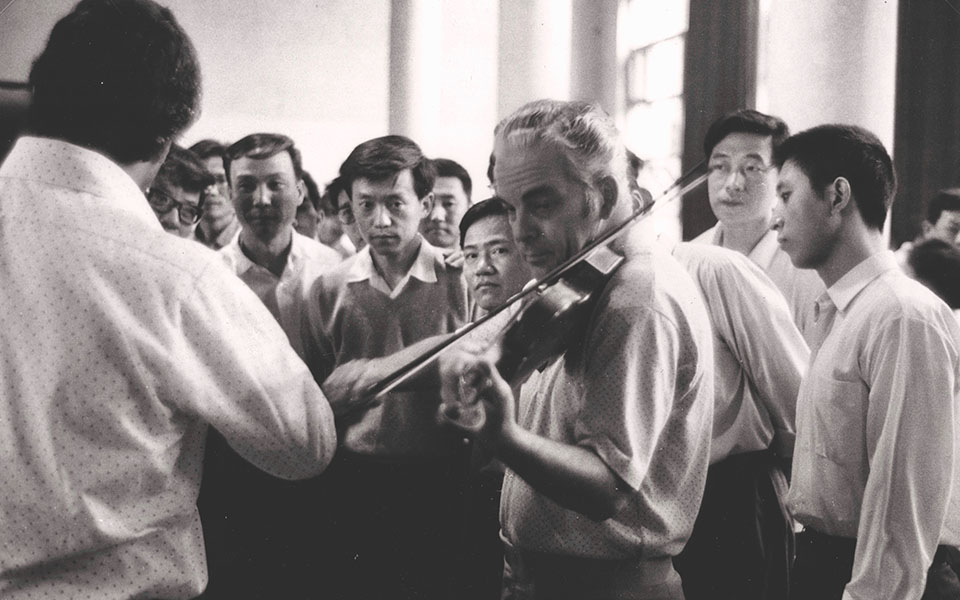 On April 16th, the award-winning documentary Beethoven in Beijing will debut on PBS. The film, directed by Jennifer Lin, a former China correspondent for the Philadelphia Inquirer, and filmmaker Sharon Mullally examines the monumental 1973 tour of the Philadelphia Orchestra in China. The visit marked the first American orchestra to perform in the People’s Republic — a move made possible following President Richard Nixon’s visit the year prior. The ten-day trip was widely viewed as a successful effort in cultural diplomacy at a time when the Cultural Revolution was ongoing — during which Western classical music was banned — and U.S.-China relations were in the early stages of being reestablished.

Beethoven in Beijing incorporates archival footage and interviews with musicians and diplomats who were there, along with behind-the-scenes footage of more recent tours, to unpack the legacy of the 1973 tour and to look at how the moment catalyzed a groundswell of interest in Western classical music in China. Ahead of the PBS premiere, we spoke with co-directors Lin and Mullally about why they made the film and what they learned along the way.

When did you come up with the idea to create a feature on Philadelphia Orchestra’s 1973 visit, and why did you want to cover it?

Jennifer Lin: I grew up in Philadelphia, and I think most Philadelphians don’t realize just how popular their orchestra is in China. I had been based in China in the 1990s for [the Inquirer]. In 2008, I was working back in Philadelphia, but my editors asked me to go cover a special concert that they were giving in Beijing. And two things really struck me. One was the degree of nostalgia that the Chinese people seemed to have for this orchestra. And the other thing that struck me is, by 2008, the music landscape [in China] had changed so much, so quickly. So in 2008, Beijing just opened this grand new theatrical center called the National Center for the Performing Arts. All cities were building these gorgeous new concert halls. They were starting orchestras. Legions of kids were studying the piano and violin. And it was much different than when I lived in China, I mean you could really sense it and feel it.

Was there anything in particular that made you realize there was still robust interest in this cultural exchange that started so many years ago?

JL: [The 2008 concert] was like front-page news in the newspapers, English-language and Chinese language. And then it was on TV. But it was more the sense I got from talking to people who were going to the concert. And they can remember exactly when the orchestra came to town. The Philadelphia Orchestra visited in 1973, when we were just starting to develop a relationship with China. Up until then, we had been totally isolated, the two countries. So when they came to China, for a lot of people, they read that as a sign that things may be changing, and that China may be opening up, and that maybe this relationship with the United States may become more normal.

Let’s talk about the 1973 visit itself. Why was it such a groundbreaking moment?

JL: The important thing to remember is that in 1972, Nixon made his historic trip to China. Nixon really wanted to normalize the relationship, and so did the Chinese. Zhou Enlai was the premier at the time. People are very familiar with the phrase ping-pong diplomacy, and that refers to the U.S. ping-pong team going to Beijing a year before Nixon, which was 1971. But Zhou Enlai was actually deploying music diplomacy to try to build a cultural bridge. The same year the Philadelphians went to China, the London symphony and the Vienna symphony also went to China. But Zhou Enlai’s real goal was normalizing relations with the United States, and for that he wanted an American orchestra. And the Chinese had a soft spot for the Philadelphia Orchestra, because in 1940, the Philadelphia Orchestra gave a benefit concert for China. Eugene Ormandy was the conductor, and the Chinese never forgot that. When the Philadelphians went [in 1973], it was part of this effort to win the hearts of the Chinese people. 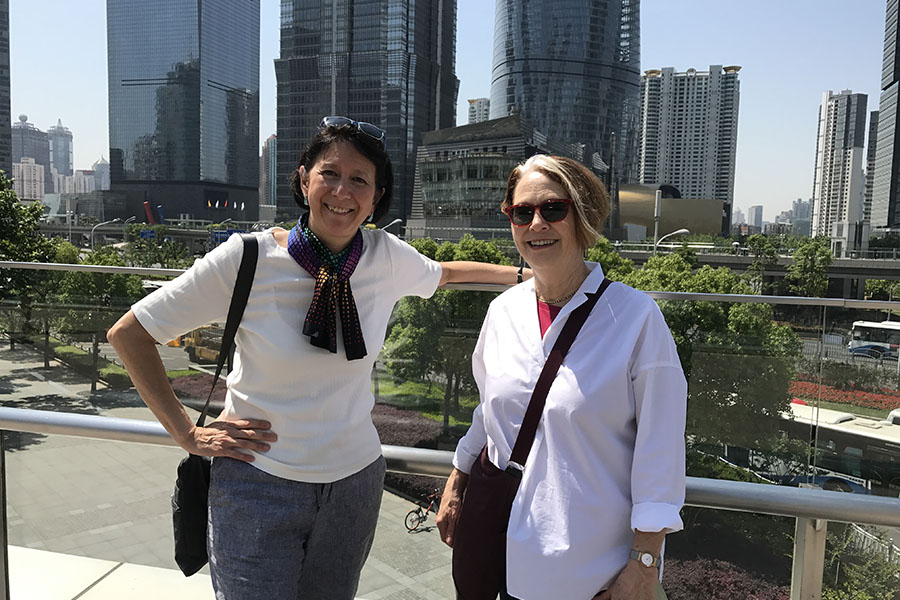 In the film there are recordings of Ormandy talking about being nervous and not knowing what to expect when they land in China. And similarly, the Chinese public was being exposed to this music for the first time. You get this sense that there was a great deal of uncertainty over whether this effort to bridge the cultures was going to be successful.

JL: One of our characters is Nick Platt. He was a diplomat on the ground in China in 1973. We didn’t have an official embassy but we had an office in Beijing, and Nick’s job was to escort Ormandy and his wife around China. But what you learn from the diplomatic cables is there was so much back and forth between Nick Platt and his counterpart in Washington, and they were paying so much attention to how the Chinese were receiving the Philadelphia Orchestra. Nick Platt actually sent a cable back after Madame Mao, who was the wife of Chairman Mao, appeared at their concert, describing in great detail what she wore because the fact that she showed up in a Western-styled dress carrying a Queen Elizabeth handbag was noteworthy.

Sharon Mullally: It was almost an international snafu deciding on the program because Ormandy had decided to play Beethoven’s Fifth Symphony, and Madame Mao did not want that because she was afraid it would get everybody riled up. She wanted the Pastoral Symphony, which is much more melodic, and there had to be some tense negotiations back and forth. And Ormandy did finally give in, but everything was really carefully watched.

One aspect of the visit’s impact was what it did to generate interest in Western classical music in China. Can you talk about what the exposure to the orchestra did for interest in this kind of music?

JL: There was a classical music tradition in China before, but then the Cultural Revolution happened and Western classical music was banned. When the Philadelphia Orchestra went to China, they performed, it was big news — the situation didn’t really change dramatically until 1976, and that’s when Mao died, and that’s when the Chinese people became free to perform and listen to the Western classics again. So, in terms of the Philadelphia Orchestra and their role moving forward, because they have visited China so often; they’ve been there a total of 12 times, which is more than any other American orchestra.

SM: As the economy improved after the Cultural Revolution, Chinese families put a lot of resources into music lessons for their children. There were music lessons in all of the public elementary schools. And as Jennifer said, it was just a burgeoning of city orchestras and beautiful concert halls that’s led to this real explosion of talented young musicians in China appearing on the world stage.

The documentary is being broadcast nationally for the first time this week. What do you hope the American audience takes away from the film?

SM: I think we want people to be intrigued by the historic story, especially in the context of what is happening today, the tension and the relationship with China. But to just see the trajectory of that, happening from ’73 all the way through to the present, and to be excited about the role that art and music and culture play in bridging international boundaries. And also, just to really enjoy the music, to get excited about the classical music form as it’s played here in the United States, but also the potential for what’s coming with new, younger composers and new music that bridges a lot of the ways classical music has been perceived here in this country.

JL: There’s a lot of hand-wringing here in the United States over the future of orchestras and classical music, and really if you look at it on a broader scale, there’s a lot of energy and interest coming from China. And the other message that’s important is that music connected us in 1973 and it connects us today, and that’s really critical.