The Best Thing That Happened This Week: The Union Land Two Big Awards! 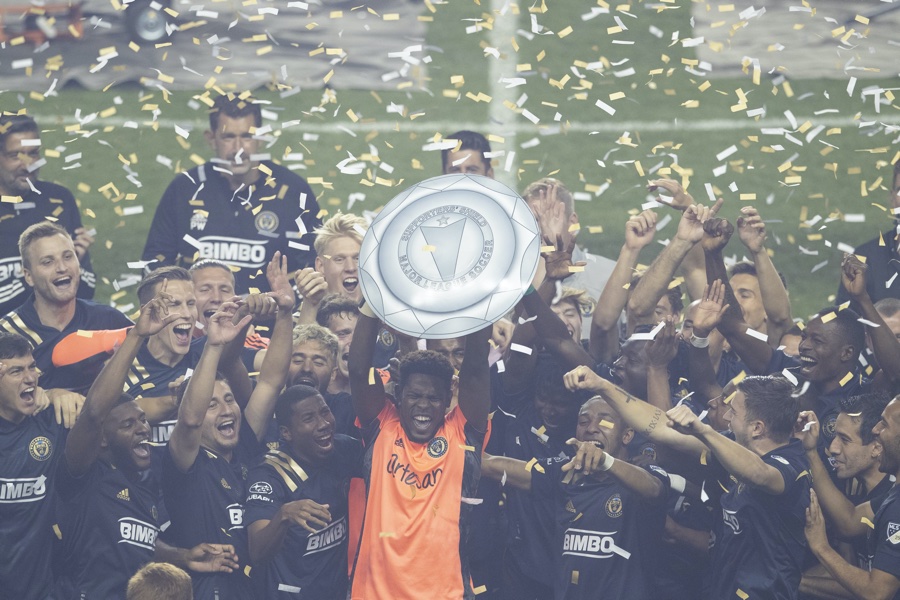 Have you had it with the Eagles? Are you fed up with the Phillies? Sick to death of the Sixers? Ready to say “F U” to the Flyers? Yeah, us too. SO STOP PAYING ATTENTION TO THEM, ALREADY, and start rooting for the Union, Philly’s pro soccer team that plays in Chester, which is kind of confusing, but we digress. The Union have cool uniforms that say BIMBO on the front. The Union have lots of really cute guys with cool haircuts. The Philadelphia Union have an award-winning film about their rabid fans, the Sons of Ben! (Ad finem fidelis!) And as of this week, the Union have the Major League Soccer Coach of the Year in homeboy Jim Curtin, who grew up in Oreland, played high-school soccer for Bishop McDevitt, and was named Big East Rookie of the Year in his freshman year at Villanova before being drafted upon graduation by the Chicago Fire. This year, he coached his team to the Supporters’ Shield (well, an ersatz Supporters’ Shield, actually), presented annually to the team with the best regular-season record. And on Tuesday, the Union will head into the 2020 Audi MLS Cup Playoffs as the top seed. Oh, and lest we forget: Heartthrob Andre Blake was just named MLS Goalie of the Year (his second time around for the honor!) as well. Even better news: His fractured hand should be healed in time for Tuesday’s game. Doop doop doop, dudes, and good luck!