Anthony Smith, Deandra Jefferson and Megan Malachi, three Black millennials, have been growing Philly for REAL Justice’s influence since 2015 and are now seeing many of their once-widely criticized demands become reality. 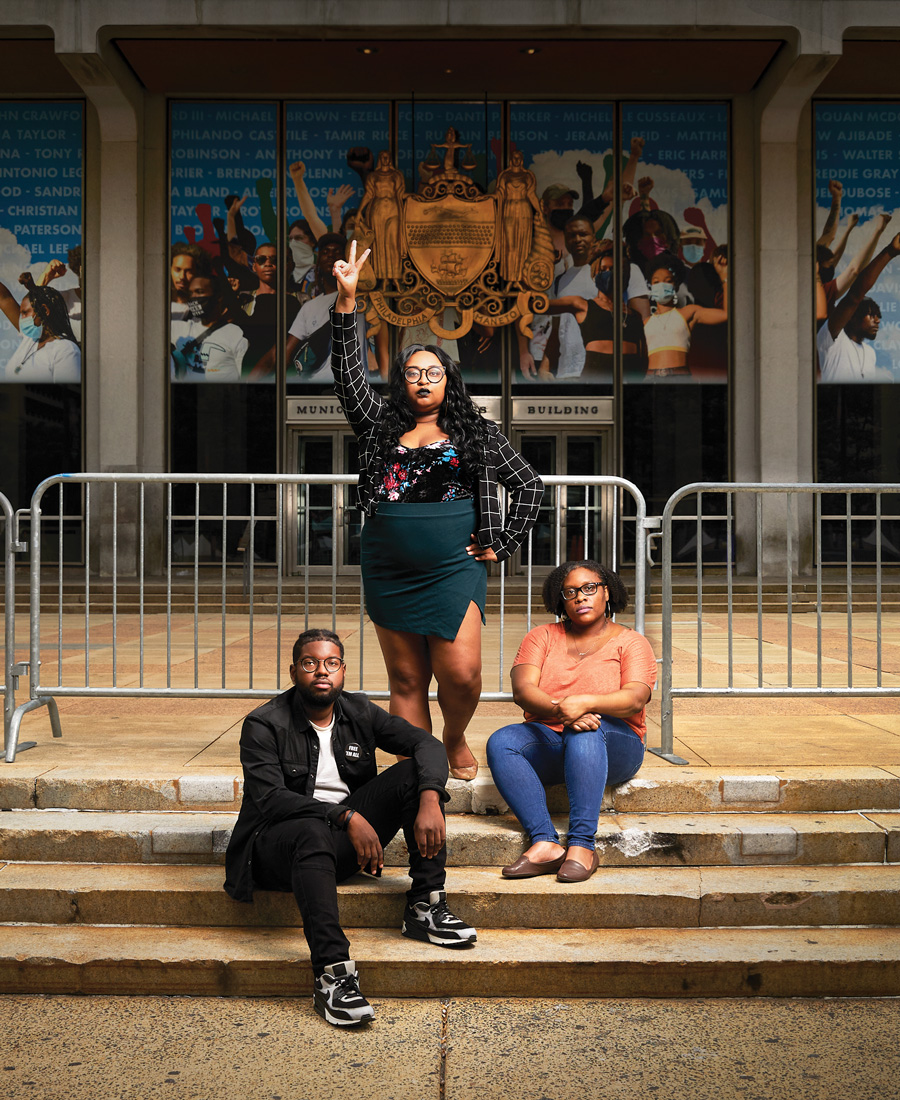 To grasp just how much progress Philly’s radical activists have made, look no further than the lead organizers of the Philadelphia Coalition for Racial Economic and Legal Justice (Philly for REAL Justice). Anthony Smith, Deandra Jefferson and Megan Malachi, three Black millennials, have been growing their group’s influence since 2015 and are now seeing many of their once-widely criticized demands become reality. Case in point: Before Councilmember Helen Gym and other progressives demanded the removal of the controversial Frank Rizzo statue from Thomas Paine Plaza in the wake of Charlottesville, this trio of Philly natives initiated the largest public campaign to do so, in 2016.

“We had been working on that for years, before politicians thought it was popular or possible,” Jefferson says of the statue’s takedown following the George Floyd protests. “The fact that it has been removed is a testament to the work we put in to organize the mass frustration against Rizzo and the policies that are part of his legacy.”

The group’s coalition-building with other social justice organizations has further amplified its sway. “During the rebellion in May, we came together to form the Black Philly Radical Collective, a coalition of radical Black groups fighting against police terrorism and other forms of racist oppression,” says Malachi. “We have made 13 demands of the city that we believe will improve conditions for Black Philadelphians.”

Published as “The Statue-Topplers” in “The 76 Most Influential People in Philadelphia” list the November 2020 issue of Philadelphia magazine.