Well, in the hours following Saturday’s protests, accusations began flying against local resident Christine Alonso, who happens to be the treasurer of the Interboro School District board, as well as the board’s community outreach liaison. The district serves about 3,600 students in the very white boroughs of Prospect Park, Tinicum, Glenolden, and Norwood.

A Change.org petition that’s accrued more than 4,000 signatures since its creation over the weekend, calling for Alonso’s removal from the school board, accuses Alonso of “screaming racial slurs” at Black Lives Matters protesters. The petition calls her “racist.”

One person who attended the rally in support of the Black Lives Matters contingent told me that she heard Alonso use racial slurs against protesters at least twice. (The woman, who lives in the neighborhood, asked to remain anonymous because she says she’s fearful of retaliation.) There were also suggestions that Alonso was seen at one point carrying a Confederate flag. 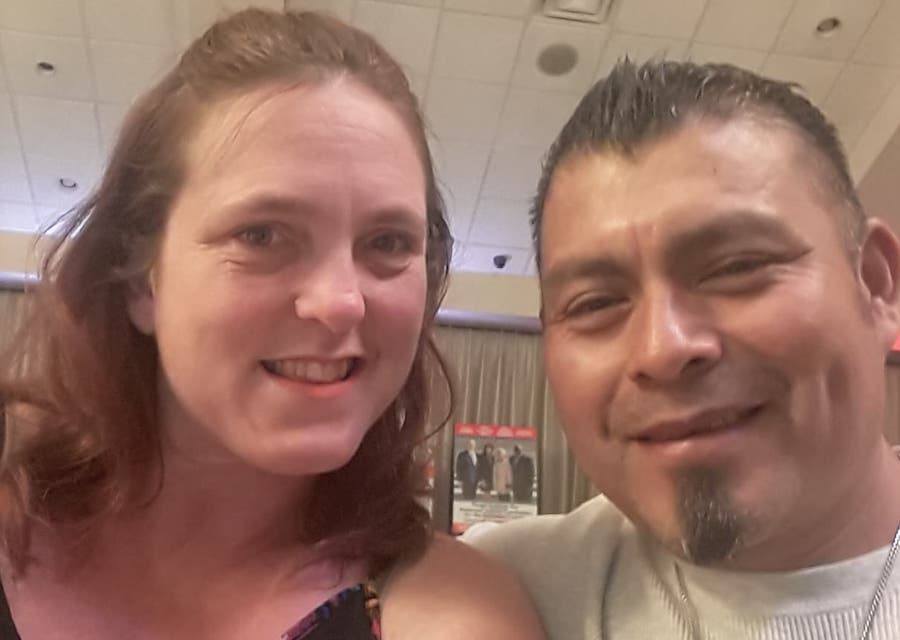 When reached for comment on Monday morning, Alonso said it’s just not true.

“I will say I have never had or waved a Confederate flag as the original accusation stated,” Alonso told me. “Nor have I ever said any sort of racial slurs. The main thing that I stated was ‘Blue Lives Matter’ and on the news clip, you could see me mouthing something which was just me saying, ‘I am so racist, yet I fought for you.'”

Alonso is referring to this 6ABC news clip, where she appears about 36 second in:

The president of the Interboro School District board did not reply by deadline to a request for comment.

The Roosevelt Boulevard is a terrible, terrible roadway. My in-laws live in a section of Northeast Philly where you pretty much have to jump on the boulevard to get to their house in any reasonable way. And I say a little prayer every time I do so. I practically need an Ativan to calm down when I’m done thanks to the speeders, reckless drivers, and the tendency of neighborhood residents to try to run across the road, which has been called among the most dangerous roads in the entire country.

The 32 Philly speed cameras went up at eight different locations along the Roosevelt Boulevard earlier this year. After a 60-day grace period that began on June 1st, the cameras finally started sending tickets — instead of just written warnings — by mail.

“Traffic deaths in Philadelphia are preventable and never acceptable,” said Mayor Jim Kenney in a statement. “Adding automated speed cameras on the Boulevard is one of the most effective steps that we can take to eliminate traffic deaths. With the installation of these cameras, we continue to make progress on our Vision Zero efforts to eliminate traffic fatalities in Philadelphia by 2030.”

The cameras will issue fines to any car snapped traveling at more than 10 miles over posted speed limits. The fines top out at $150 and are based on just how fast you’re going.

Below, a list of all of the Philly speed camera locations along the Roosevelt Boulevard:

Oh Look: The Phillies Are Back

There were those of us who thought that the Phillies season was doomed after their home opener imploded in a spectacular fashions, with a bunch of Miami Marlins players testing positive for COVID-19 during their games against the Phillies at Citizens Bank Park. Then some Phillies staff members tested positive for COVID-19. Several games were postponed. The Marlins were quarantined in Philly. Yada yada yada.

Well, it looks like this is one of those “there’s nothing to see here” or “much ado about nothing” situations. The Marlins have been released from quarantine and will return to Miami to play ball. And, apparently, two of the three positives tests among Phillies staffers were false positives, so the Phillies are back on the field on Monday night.

So everything is back to normal. Nothing to worry about. God bless America. No, really.