For African Americans and Jewish Americans, the Fight for Justice Is Inextricably Linked 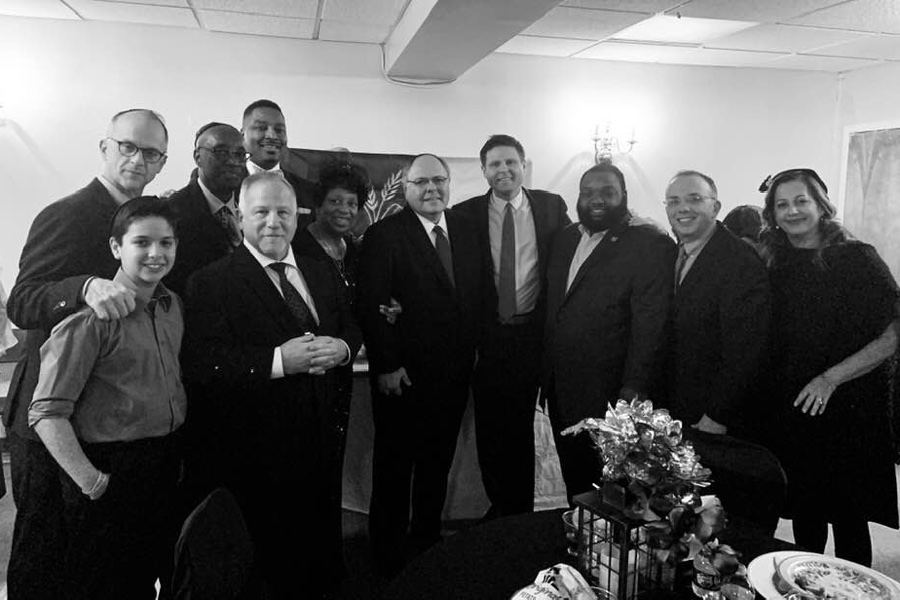 The history of the founding of the National Association for the Advancement of Colored People finds a common bond between African Americans and Jewish Americans who were in the midst of a shared struggle against oppression. That struggle predated the founding of the NAACP and, sadly, continues to this day. These African American and Jewish American men and women worked in solidarity against a system that was hostile to their respective existences. The careless debasement of this legacy by the president of the Philadelphia NAACP sows seeds of division and perpetuates pernicious stereotypes and merits strong and unequivocal condemnation. As conversations continue with the NAACP over this issue, we must ask what was meant by sharing this image. What progress was envisioned?

As elected leaders in the Pennsylvania legislature and in our respective communities, we condemn any anti-Semitic statements and cannot ignore intolerance involving any racist, anti-Semitic or bigoted comments. Our collective communities stood together and shared our heartache after atrocities such as the Tree of Life Synagogue massacre and the Emanuel African Methodist Episcopal Church massacre. Especially amid the momentous uproar over the unjust social conditions of our time, the bond between African Americans and Jewish Americans cannot be attacked.

We’ve seen the oppression our communities face bring us together over this shared struggle. The passing of Congressman John Lewis reminds us that Rabbi Abraham Joshua Heschel stood arm-in-arm with Lewis and Dr. Martin Luther King Jr. in their historic walk across the Edmund Pettus Bridge. As a teenager, Representative Solomon took part in Operation Understanding, a program that took Black and Jewish youth to Senegal and Israel to build an appreciation of the historic bond between African and Jewish Americans. Last fall, Representative Harris joined Solomon at Congregation Temple Beth’El, an African American synagogue in Philadelphia, to further grow this understanding.

Our grandparents understood and worked on the Black/Jewish relationship, standing together in the fight for social justice during the civil rights movement. They died together during the Freedom Summer murders. Flaming crosses didn’t only appear on the lawns of African Americans; they appeared on the lawns of Jewish Americans as well. We fear some in our communities have lost sight of this history and what we can achieve by working together.

As the beneficiaries of these struggles, we hold a duty to keep the legacy of cooperation alive for future generations, to ensure that each subsequent generation matures to be more enlightened, more understanding and more compassionate than the last. We stand united not just as colleagues but as friends. We know that our role as elected representatives places a higher duty on us to use the power vested in us by our constituents to bring about meaningful, positive change for all.

We commit to work together both in Philadelphia and in Harrisburg to improve the understanding between African American and Jewish American communities. This can manifest itself in many ways, from convening dialogues to, when appropriate, passing meaningful legislation. The past collaboration between our communities in the fight against oppression has strengthened both African Americans and Jewish Americans. We must not lose sight of that nor allow hatred to divide the progress we’ve made and inhibit future progress yet to be made. It is our hope that our collective actions and the actions of our respective communities can rebuild these alliances that have benefited us all.

We must, and we will, be steadfast against oppression, hatred and bigotry wherever they rear its their heads. Our shared history demands that of us. Some say that the heyday of the African and Jewish American relationship was during the civil rights movement. We need to harness that energy to reset the relationship and build a new, dynamic coalition that tackles the social justice demands of today. That time is now.