I’m the Least PC Person I Know, and Even I Say It Was Time for Chris Matthews to Go 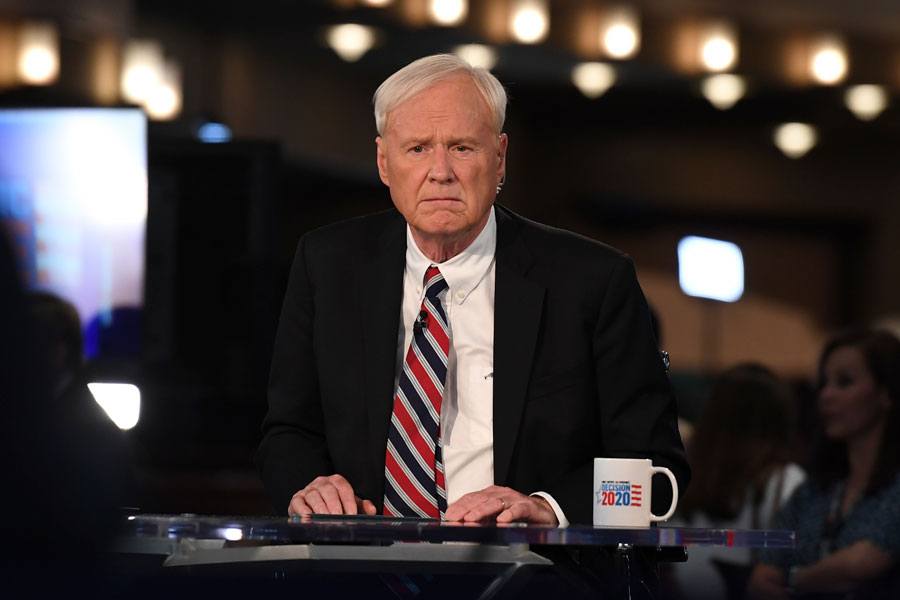 Chris Matthews has retired from MSNBC. Photograph by mpi04/MediaPunch/IPx

The question to ask about Chris Matthews’s sudden “retirement” from MSNBC Monday night isn’t why, but why did it take so long?

I am the most unabashedly politically incorrect person I know, but even I gave up on the bloviating Hardball host years before NBC did. I was mad as hell, and I wasn’t going to take it anymore. Even if he is a Philly guy.

Ultimately, what pushed me over the edge was Matthews’s ongoing sexist — many say misogynist — treatment of women politicians, especially Hillary Clinton. He was obsessed with her. There were also his compulsive interruptions. Like many of cable’s high-decibel hysterics, Matthews preferred the sound of his own booming voice to that of anyone else in the room. Every show felt like an episode of Curb Your Enthusiasm.

Still, Matthews and Hardball lasted for 20 years, an eternity in TV time. Until Monday, when he unexpectedly announced his departure at the top of the show, then walked off the set. Visibly shaken political correspondent Steve Kornacki was forced to fill in for the remainder of the hour.

Matthews, 74, didn’t want to step down, but his previous week of cringeworthy faux pas had sealed his fate with the network. Matthews survived prostate cancer, but he couldn’t survive himself. To recap, how bad was his week?

He compared front-runner Bernie Sanders’s win in the Nevada primary to the Nazi invasion of France. (Sanders, who is Jewish, lost family in the Holocaust.) Matthews was forced to apologize. He was condescending to candidate Elizabeth Warren in a post-debate interview in which they discussed the recent sexual-harassment allegations against contender Mike Bloomberg. Matthews defended Bloomberg’s credibility over that of his accuser. Warren nailed him on it.

In a stunning op-ed for GQ, columnist Laura Bassett accused Matthews of making inappropriate sexual comments to her on the set of Hardball in 2016. The topic of that night’s show: sexual-assault allegations against Donald Trump.

To no one’s surprise, Matthews was shut out of MSNBC’s South Carolina coverage Saturday. By Monday, it was over.

The network had to cut him loose, and fast. Skewered for having taken years to finally fire sexual predator Matt Lauer, NBC couldn’t afford to repeat that mistake. The woke public simply wouldn’t stand for it. Ask Charlie Rose. Ask Bill O’Reilly. Ask Harvey Weinstein. The list goes on. Given the power and speed of social media, Matthews was dead in the water, regardless. Too many people found him toxic. No corporation can withstand that kind of backlash.

Back to women politicians: Matthews was woefully tone deaf. He loved to comment on their looks, their dress, their affect. No one was immune.

Hillary Clinton was arguably his favorite target. “Witchy” and “she-devil” were just two of his litany of Trump-like epithets. She had “cold eyes,” a “cold look” and a “scolding manner.” Her laugh was a “cackle.” He once compared her to a stripper.

And my personal favorite: Men who supported Hillary Clinton were “castratos in the eunuch chorus.”

When it came to his on-air style, Matthews was a lost cause. In a contentious 2005 interview, he told me his producers had ordered him to stop interrupting guests. (See chance, fat.) During the interview, he interrupted me so many times that at one point I screamed into the phone, “Matthews, put a sock in it. Were you raised by wolves?”

“I have to learn to withhold,” he said, after actually taking a breath. He labeled his volume a reflection of his passion, acknowledging that it wasn’t for the faint of ear.

“To some people, I think it’s shattering to the harmony of the discourse,” he continued. “It’s kind of hard for older people or Southerners to listen to. “To somebody in a bar, it’s perfect.”

Nobody would blame Matthews if he popped more than a few cold ones this week. In the final analysis, however, it wasn’t his dearth of on-air etiquette that killed him. It wasn’t his sexism or his sexual harassment, either. Or his Nazi metaphor or his misidentification of two black men. It was his timing.

Over a period of barely a week, Matthews’s miscues snowballed into an avalanche of humiliating lapses of judgment that his employers could neither stop nor condone. (In case you missed it, Comcast owns NBC/MSNBC, and Trump loathes Comcast. Connect the dots.)

My only regret is that Matthews’s hasty departure happened too late Monday to make the monologues of the late-night hosts. By Super Tuesday, it was old news.

Gail Shister was TV columnist at The Philadelphia Inquirer for 25 years. She is now a private writing coach and tutor.