The Best Thing That Happened This Week: So You Wanna Be a Fairy-Tale Bride…

Who doesn’t believe in happily-ever-after, right? 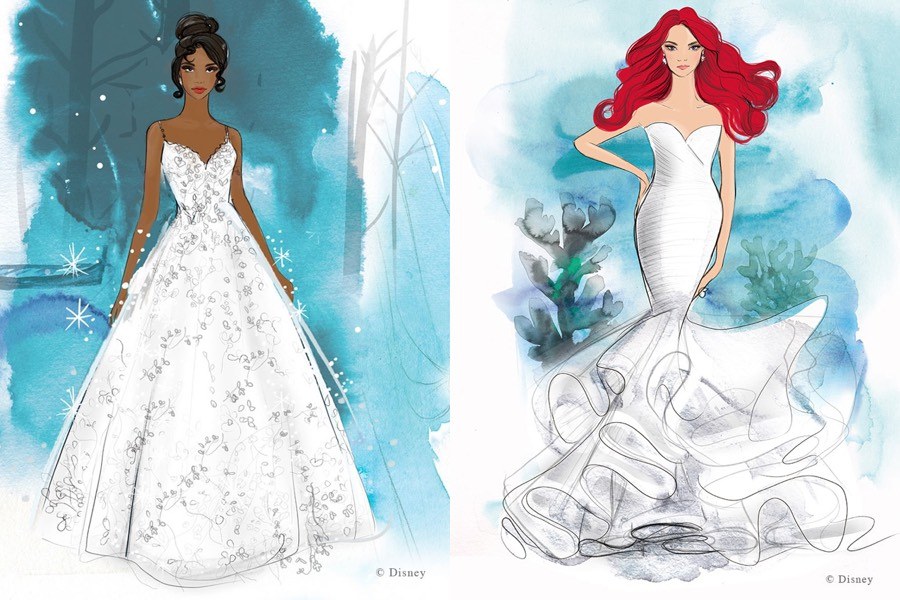 Happy belated Valentine’s Day! We hope you got your fill of chocolate and roses and fancy underwear. We also hope you’re married, because if you’re not, you might never be, the way the institution is circling the drain. According to the Pew Research Center, fewer than one in five Americans now say marriage is a requirement for a happy life. More of us are now cohabiting than marrying, and the percentage of the American population that’s married has been steadily decreasing, from 78.8 percent of all households in 1949 to just 48.2 percent in 2019.

It’s about time somebody did something about this, and now, somebody has — Disney, to be exact, that persistent purveyor of relentless reality. Disney just announced its own line of Disney princess wedding dresses, each one named after a fairy-tale royal: the Ariel, the Aurora, the Cinderella (natch), the Pocahontas, the Tiana, the Snow White … Seven of the 16 designs will initially be offered only at Kleinfeld Bridal (made famous by the TV show Say Yes to the Dress), and all of them are perfect for a start to married life that’s as fanciful and gossamer as American culture — and capitalism — makes wedded bliss out to be. Hey, in for a dime, in for a dollar, right? Be our guest, be our guest!