The Best Thing That Happened This Week: A Grittal Acquittal! 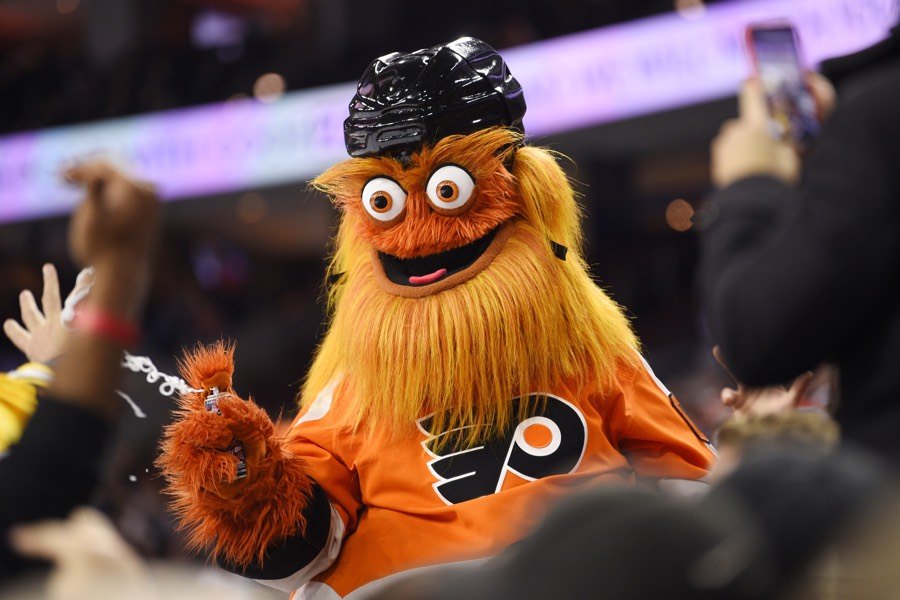 Gritty assault update: Philadelphia police said Gritty has been cleared of allegations that he assaulted a 13-year-old boy during a photo shoot in November of 2019. / AP Photo/Derik Hamilton

The news was every bit as shocking as Carson Wentz’s concussion, as unexpected as the Phillies hiring Joe Girardi, as unbelievable as the Sixers’ crappy-ass away-game record (yeah, why DOES they?): Gritty, the Flyer’s lovable orange mascot, last August’s revered Philly Mag Best Philadelphian, had been accused of assault! Had accosted and then beaten someone to a pulp! And that someone was … a kid! It didn’t seem possible. Could our very own “ghastly empty-eyed Muppet” truly be … a ghastly empty-eyed Muppet? Pretty soon, everyone was talking about the claim by a protective dad that Big Orange had tackled his son and punched him in the back. Horrified Grittyionados questioned their loyalty — and their sanity. But almost instantly there came the rumblings of a groundswell of Gritty grumbling: #NotOurGritty! Defenses were mounted. T-shirts were created. Philosophical questions arose: Whom, exactly, were the police investigating — Gritty, or the (presumed) human inside his matted suit of fur?

This week, finally, clarity arrived and swept away our confusion. Police stated publicly what so many Flyers fans had whispered: Gritty was innocent! Perhaps the mascot was more sinned against than sinner! It seems the Orange One ascribed to that interpretation: After the news of the Great Gritty Acquittal broke, he went out and played with nuns.