Report: University City District Expects $2.1 Billion Worth of Construction to Start in 2020

There are strong signs of growth in West Philly, but to truly thrive in the future, the UCD will have to manage a problem facing cities nationwide: the rising cost of housing. 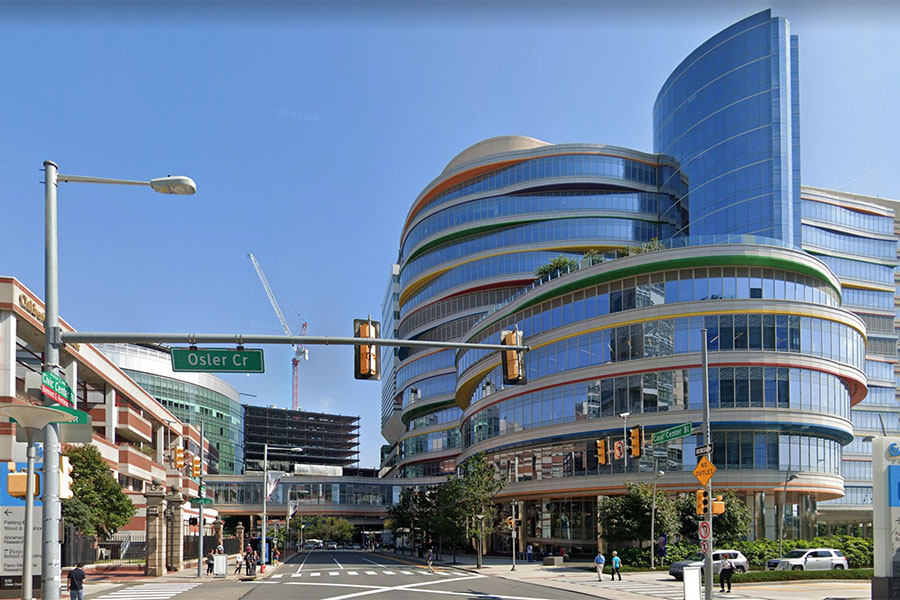 University City has seen big changes in the past 10 years: new skyscrapers, new industries, new restaurants, and the promise of plenty more to come. But for all those changes that have turned the western bank of the Schuylkill into a sort of second Center City, the University City District insists things are just getting started.

UCD, the business improvement district behind much of the transformation, released a report on Monday looking back on the neighborhood’s growth as well as its future into 2020. UCD president Matthew Bergheiser quoted a maxim by the 19th-century architect Daniel Burnham that served as the guide for UCD: “Make no little plans; they have no magic to stir one’s blood and probably themselves will not be realized.” Modern translation: Go big or go home.

Staying true to that ethos, Bergheiser and the UCD outlined a number of future plans: construction on two new skyscrapers in Schuylkill Yards, creating a new public K–8 school near Drexel’s campus, and the completion of Penn’s $1.5 billion new hospital. In 2018 alone, developers spent $350 million on construction within the UCD’s boundaries. “This past year, it seemed that every bold idea from the last decade took a dramatic leap forward,” Bergheiser wrote in the report.

Two industries are driving University City’s continued transformation: the oft-abbreviated pillars known as “meds and eds.” Of the 85,000 jobs in the UCD area, more than 75 percent are in those two fields. Research institutions in the area got 228 patents approved in 2018 (an all-time record) and spent another $1.7 billion on research and development. The UCD may make up just 1.5 percent of the city’s geographic footprint, but 12 percent of all jobs in Philadelphia are located there.

Part of that has to do with the neighborhood’s transit infrastructure, the convergence of trolleys, the Market-Frankford El, and Regional Rail at 30th Street. Thirty percent of UCD residents use public transit to get to work, well above Philly’s average of 8 percent. Another 40,000 commute to University City from the suburbs.

University City’s biggest puzzle looking past 2020 will likely be the same one affecting big cities around the country: the rising cost of housing.

According to the UCD, the median apartment price in the area is $1,720 per month, a figure above Zillow’s median citywide average of $1,500. But while the UCD acknowledges that “home and rental prices remain high by regional standards,” there’s a nugget of good news: compared to a number of other peer city centers including midtown Atlanta, downtown Austin, and downtown Washington, D.C., Philly has the lowest average cost of rent and utilities.

In some ways that’s hard to square with the narrative you often hear about gentrification pricing out residents in and around Penn and Drexel. But if you begin looking at Philadelphia less through a comparative lens, the pictures becomes a bit more clear. University City may have relatively low rents and housing prices compared to other big cities, but there’s still been a significant internal rise in costs. In 2000, more than 50 percent of apartments in the UCD area cost less than $750. In 2017, controlling for inflation, the share of units below $750 was just 20 percent, while the share of units costing $1,250 to $2,000 roughly doubled over the same span.

That could be interpreted as a sign that income is rising in the UCD, but even today 30 percent of jobs in the area pay less than $40,000. What’s more, the areas surrounding the up-and-coming UCD aren’t reaping the benefits, either. The median household income for the entire 19104 ZIP code — which includes the UCD — is just $25,000. (In the UCD alone, it’s $41,450.)

With the suite of new construction planned there should be considerable job opportunities and amenities to keep UCD thriving into the 2020s. But the best future for UCD is one that doesn’t just continue to appeal to an elite, highly educated population. Aiming for a type of growth that also benefits the surrounding neighborhoods around the UCD should be a key part of the strategy as well.