Also: how she plans to get baby-boomer XPN listeners to trust a millennial’s musical taste. 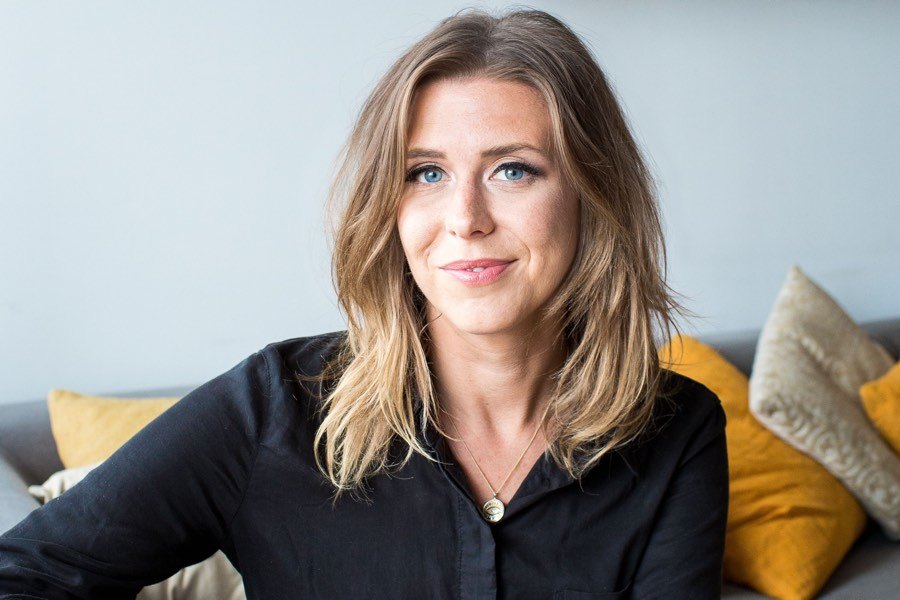 David Dye hasn’t been the full-time host of World Cafe on WXPN since 2017. But let’s be honest: If we were to ask you for the first name that comes to mind when we say World Cafe, what is it? It’s Dye. It will probably always be Dye.

Still, the show must go on, and for the past two years, it did under Talia Schlanger. Then in June she announced she was stepping away, too, in order to “return to her creative roots.” So after 25 straight years of one host, World Cafe now has its third in as many years: Raina Douris, a 33-year-old who, like Schlanger, is coming to the U.S. by way of the Canadian Broadcasting Corporation.

We caught up with Douris a few days after her first episode of World Cafe aired on Halloween to talk about the challenges of following Dye’s act and why radio is built to last, even in the streaming era.

You’re taking over a show that is going to remain associated with David Dye for a long time yet. How do you make World Cafe your own?
Talia really did the heavy lifting, I think, taking right over from David. But he’s laid a groundwork where the show is so well-respected. I’m coming in here with a totally fresh perspective. I really am somebody who lives online in a lot of ways. I think I bring maybe a faster-paced energy. I don’t want to necessarily say it wasn’t fast-paced, or slow, or anything; I just mean things move really quick in music now. And I am very conscious of those conversations.

How do you think those differences will actually manifest in terms of the show?
It’s hard to say because it’s still pretty early days. I’ve only done one interview. But you know, I talked to Pete Townshend the other day. And I’m somebody who, when The Who was releasing their main seminal albums, I wasn’t alive yet. So that’s going to be a different energy. It’s exciting and new to talk to those people and make it current for me, and maybe for people of my generation who weren’t around when they were actually playing shows.

Did you speak with Dye leading up to the show?
I didn’t speak with him too much. And I kind of think that’s a good thing. I have so much respect for what David did. But I tried not to listen to too much of his stuff right before I started. I don’t want to be trying to emulate him or to be trying to do the opposite of him. I just want to be me.

A Nielsen study from last year found that 93 percent of U.S. adults listen to the radio every week — more than those who watch TV or use smartphones. And even among millennials, 95 percent of them listen to AM or FM radio during any given month. So I’m curious: How do you explain that strength of conventional radio in the face of all the new ways people can consume media?
I graduated from university in 2009. I’ve been told my entire life this is a dying industry. It is not. Radio has a lot of things about it that make it very unique and very hard to kill. It’s free to listen to. You don’t need a subscription — all you need is a literal radio. It’s cheap to make.

But I think ultimately, too — say you’re going on Netflix or Spotify, some streaming service where you can have anything you want. You sit there, spending a bunch of time just being like, “What do I want?” I’ve gone to eat dinner and watched Netflix a million times, only to finish my food before I picked my thing to watch. It’s nice to have a curated mix of music, to trust a person who’s on the other end playing it for you.

How will you get the XPN listener to trust your taste? At least by reputation, a lot of the listenership is made up of baby boomers. The fact that you were not even alive when The Who was performing could be sacrilegious to some of that group. How do you get them to say, “Oh, I still want to listen to her”?
Well, as much as music can be divided by generation, it truly is an intergenerational thing. I grew up in a really musical family. A lot of the stuff that my parents love, I love. A lot of the stuff I love, my parents love. One of my mom’s favorite bands is Modest Mouse, because she heard it on a station I was on. One thing I’ve always loved is sharing music and finding that through-line and that context, with new music and old music — finding why this new song is maybe going to appeal to somebody who is much older than I am, or why this old song is going to appeal to somebody younger.

Now that you’re here in Philly, what are the local groups you’re into?
Right now I’m getting situated. I’m learning all of them. I mean, stuff like the War on Drugs and Kurt Vile, I’ve always been a big fan of them. But as far as local groups, I’m sort of learning this next month or two. I’m going to be going to shows and figuring that out. I was working a morning show for three years before this, and I couldn’t go to shows at night. So I’m excited to get to do that again.

This interview has been condensed and lightly edited for clarity.