Get to know the “notorious” Supreme Court justice at the National Museum of American Jewish History, starting October 4th. 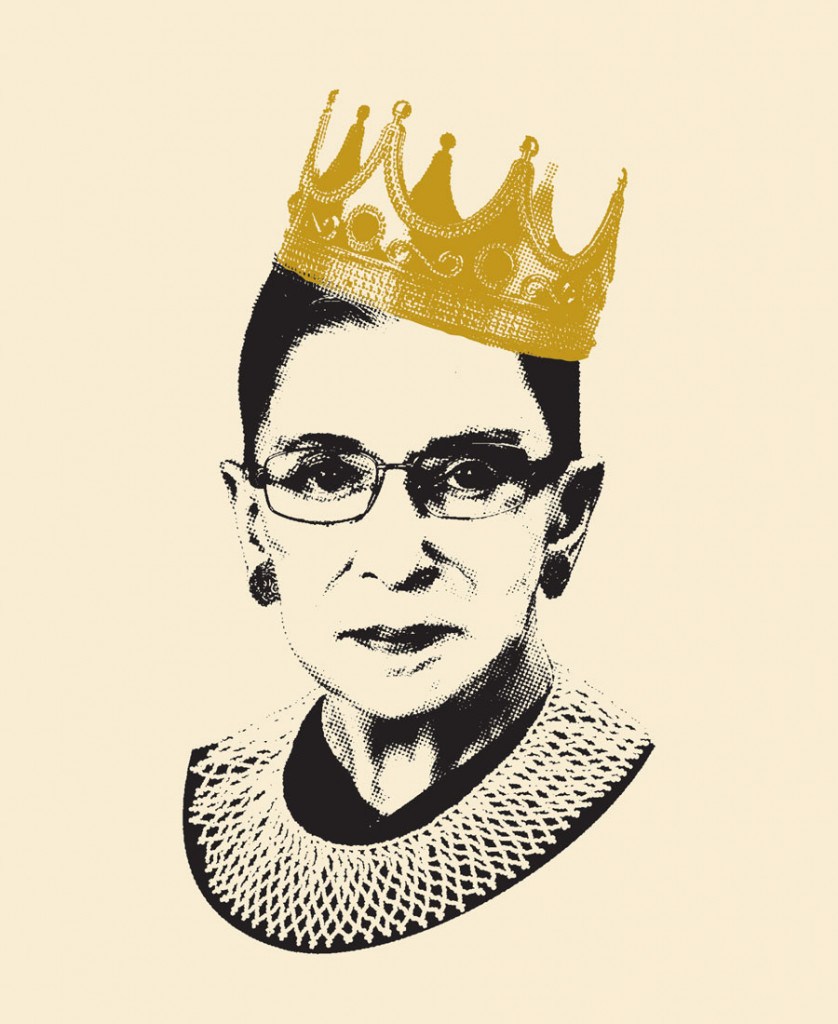 A “Notorious” RBG exhibit is opening in Philly. Image by Adam Johnson/Harper Collins

Take a moment to recall the last time you attended a major museum exhibition entirely devoted to a pop-culture icon. Was that icon a woman? Still alive, working, and in her 80s? Jewish? I bet the answer is no.

Such are the boundaries still being smashed by the first Jewish woman to serve on the U.S. Supreme Court, Ruth Bader Ginsburg, whose life and pop-culture status are celebrated in the National Museum of American Jewish History’s “Notorious RBG: The Life and Times of Ruth Bader Ginsburg.”

The exhibition takes its title from the 2015 New York Times best-seller by Irin Carmon and Shana Knizhnik, the latter of whom also created the Notorious R.B.G. Tumblr back in 2013, thus crystalizing the zeitgeist around the diminutive media darling and launching an entire cottage industry of memes, t-shirts and pins aping the design of Ginsburg’s, well, notorious “dissent collar.” There are also socks and even prayer candles, so you can say a novena for Ginsburg’s precarious health.

Of course, she’s no Ariana Grande. Ginsburg didn’t get where she is today by being cute. Her struggles to be taken seriously as a formidable legal mind have been documented in countless articles, books and films, and this new exhibit takes a deep dive into many, many facets of her life, from her time as a teenage rabbi at summer camp to her odd friendship with the late Antonin Scalia, who opposed her on almost every issue. And in a nice reversal of gender stereotypes, the exhibit highlights some of her late husband’s favorite recipes.

And though that aforementioned legal mind is inestimable, she, unlike her peers, finds room in the world for humor and a smile, as the exhibit makes clear. She’s pumped iron with Stephen Colbert while wearing a “Super Diva” tee. She’s taken selfies with Padma Lakshmi. And she’s nonplussed at Kate McKinnon’s portrayal of her on Saturday Night Live. It’s absolutely delightful to see an intellectual heavy withstand the glare of our pop-culture klieg lights and remain un-canceled.

Perhaps Ginsburg’s ongoing success can be summarized in the words of her nickname-sake, the rapper Notorious B.I.G., whose lyrics serve to separate the exhibition’s varied sections: “Stay far from timid, only make moves when your heart’s in it, and live the phrase ‘sky’s the limit.’”

Published as “The Supreme Supreme” in the October 2019 issue of Philadelphia magazine.