Do You Care About Independence Hall? A $1 Million GoFundMe Wants to Know.

The fundraising campaign is underway after a recent Philly Mag story outlined the numerous financial obstacles the park faces. So far, the response hasn’t exactly been inspiring. 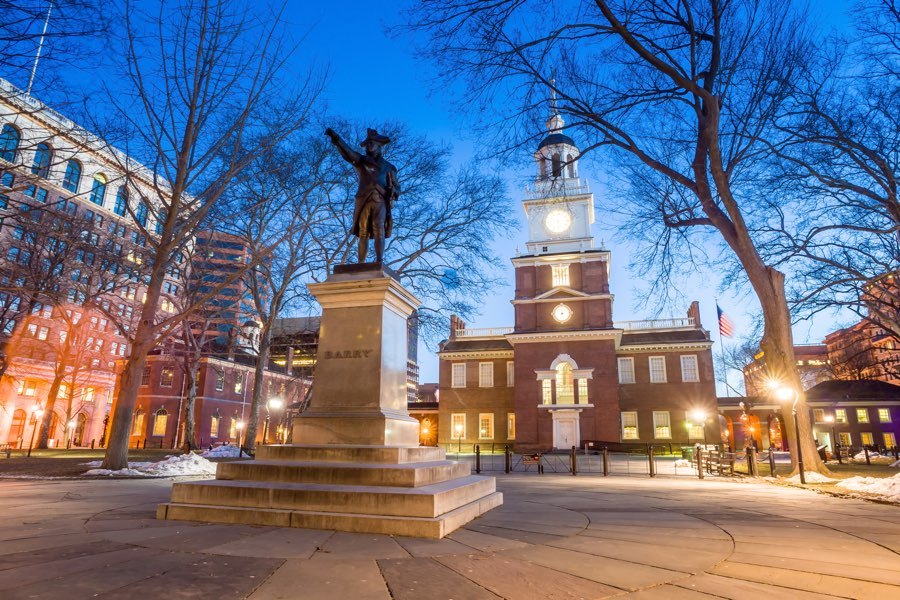 In July, I wrote a story about the plight of Independence National Historical Park, the National Park Service–run site that includes among its many historic assets the Liberty Bell and Independence Hall. The story’s headline: “Independence Hall Is an Embarrassing Mess. Why Doesn’t Anyone Care?”

There was, admittedly, an ounce or two of hyperbole there. At least some people care — namely, the folks behind Independence Historical Trust, the nonprofit group that helps raise funds for the park. Two members of the Trust made this point in an op-ed after the story published, and they’re correct.

But the point of the headline was really twofold. First, to call attention to the fact that the blame mostly lies with the various governments that hold a stake in the park: the city of Philadelphia, which has given little financial support despite owning Independence Hall and the Liberty Bell; the state, which doesn’t actually have any ownership but surely ought to care about the millions of tourists the park attracts each year; and the federal government, the official manager of the park, which hasn’t increased the park’s operating budget in more than a decade. (This, of course, is the central irony: that a National Park whose express purpose is to celebrate American government is foundering precisely due to the failures of that same government.)

The headline’s second suggestion was that Philadelphians ought to have a greater stake in — not to mention outrage over — the state of the park. Instead, apathy reigns.

Or so I thought. Enter Susan Madrak, a political blogger living in Philly. After seeing the story — “I was so mad after I read that,” she told me on Monday — she set out to actually do something, starting a GoFundMe campaign last week that’s seeking to raise $1 million for the Independence Trust. She figured that could at least make sure, with enough $5 or $10 donations, that the Assembly Room, where the Declaration of Independence was signed, gets a new coat of paint.

A million bucks is no small sum, but Madrak had reasons to be optimistic. She’s benefited firsthand from online fundraising before — raising $45,000 for herself after she was laid off from her job during the 2008 financial crash, then another $10,000 for medical bills a few years ago, after she was in a hit-and-run accident. The bountiful support of online strangers seemed endless.

Or so she thought. A full week into Madrak’s Independence Hall campaign, she’s only raised $6,006. “This is really weird, the lack of interest in this,” Madrak says. “I have never seen this kind of thing online.” In her past fundraising forays, she seemed to be able to summon a steady drip of $20 donations. “This thing is just sitting there,” she says of the Independence Hall GoFundMe. She’s begun to wonder if it might have something to do with Trump burnout, the fact there’s seemingly a new crisis everyday that demands our indignation. “I get all that,” says Madrak.

Still, she isn’t out of moves. She’s been messaging various media personalities on Twitter, like George Will, in search of a potential signal boost. So far there’s been no response, but Madrak says she “isn’t resigned yet.”

But the general tepid response seems to Madrak a sign that maybe I was right when saying many Philadelphians just don’t seem to care about Independence Hall.

Hopefully, she proves us both wrong.