Nothing Compares 2 U: The I. Goldberg I Remember

In the ’90s, whether you needed a pair of break-’em-in-yourself Levi’s, camping gear fit for an apocalypse, or a My Chemical Romance getup for Halloween, I. Goldberg was your place. 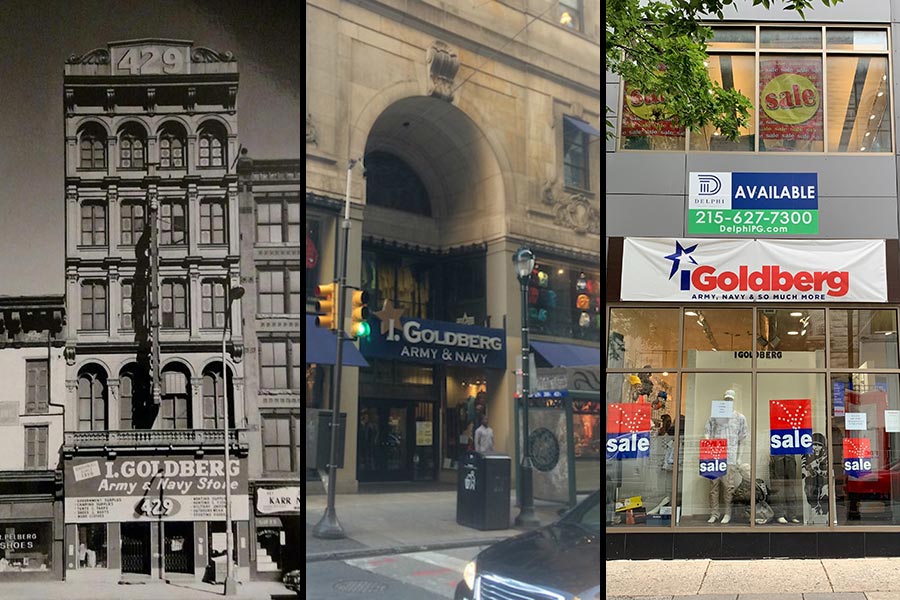 It may be hard to imagine in an era when you can, y’know, subscribe to your clothes, but way back in my college days — the ’90s, to be specific — there was no more wondrously serendipitous place to shop for clothing, or anything really, than I. Goldberg. The century-old army/navy surplus store announced this week — after multiple relocations in recent decades, each accompanied by dire financial indicators — that it’s closing its doors for good.

It’s a shame. I. Goldberg was iconic for generations of bargain hunters, ephemera lovers, and military junkies alike.

For starters, the place stocked plenty of basics. If you needed a Carhartt duck jacket (so warm), a pair of no-frills, break-’em-in-yourself Levi’s (screw acid-washed), Timberlands (the footwear of the hip-hop crowd), or a muted rainbow’s worth of Dickies work pants (the uniform of the indie-rock set when I was in college), I. Goldberg was your place. If you needed camping gear, you could score a bivouac fit for an army ranger there. And if you needed a last-minute Halloween costume and wanted to go as, say, an Italian infantry person, a Bundeswehr track star, a British nurse or My Chemical Romance, I. Goldberg could hook you up.

My friends and I spent many a weekend afternoon rummaging through the racks, stacks, and piles at the old 9th and Chestnut outpost (now the proud home of a Jefferson parking lot). An example of the ramshackle wonder of the place: For about a month in 1993, Israeli Defense Force desert boots were the de rigeur footwear, so all of my college friends and I hopped the Broad Street Line downtown from La Salle to stock up. I. Goldberg had them in all the colors and cheap enough that you could actually buy all the colors. I still don’t know if they were in fashion and I. Goldberg had them, or if they were in fashion because I. Goldberg had them. And there was rarely a trip to the store where you didn’t walk out with something utile, unique, or both.

While the notion of an army/navy surplus store may seem quaint or even nonsensical today (an army surplus??), imagine a place where you could get staples like jeans, coats, and the heartiest of outerwear, along with a seemingly random assortment of whatever fell off the army transport that week. A thrift store where all the donations came from active military.

Sure, fashion is fickle, and while I. Goldberg’s quirky wares certainly matched well with the thrift-store, anti-fashion alt/indie/grunge of my collegiate ’90s, there have certainly been times when its aesthetic was less dernier cri. But then again, military couteur comes in and out of style like clockwork. It’s no accident that I. Goldberg lasted a century.

Maybe an army surplus store just doesn’t make sense in the shopified, 1-click-purchase world of same-day delivery and instant Instagram influencer gratification. Maybe I. Goldberg was destined to go the way of so many used book and record stores before (they certainly all smell similarly musty). And yes, you can absolutely shop army surplus online. But that just feels like cheating.